Any time is a great time to visit Israel’s most diverse and vibrant city, Tel Aviv. However, there are parts of the year that it’s the best time to visit Tel Aviv, whether it’s to take advantage of the glorious weather or embracing the cultural and religious festivals that occur periodically. Tel Aviv’s modernity is its strength and so there is a lot more flexibility when deciding when to spend your well-earned break.

Weather-wise, Tel Aviv has its peak season from the end of April/beginning of May, up to the end of September/beginning of October. The chances of your holiday being ‘spoilt’ by inclement weather is practically zero during this six-month period. Even a month either side you will be on the ‘safe-side’ if you book for then. The high seasons are of course from June-August, during the summer holidays, as holidaymakers take advantage of the miles of sandy beaches, the dynamic and sociable port area and the pubs and bars which are open into the early hours of the morning. There is so much to do for families, couples and those who like to adventure out by themselves. 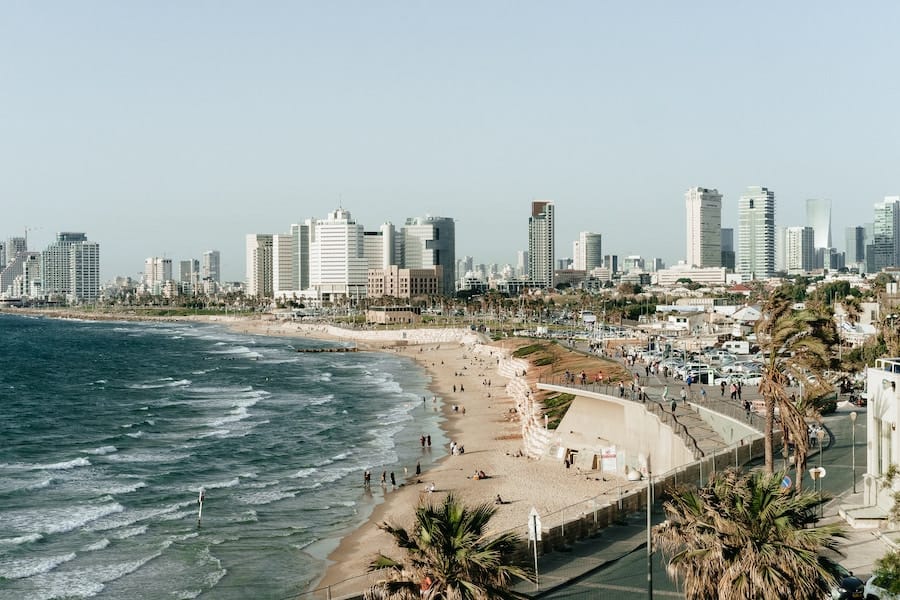 Israel in general, and Tel Aviv in particular, are not just about the weather. There are numerous Jewish and National holidays that occur during in this period that can add a real flavour to your visit. The fancy dress festival of Purim takes place around March, where the citizens will dress up in a wide variety of wild and wacky costumes to commemorate one of the key bible stories in the Old Testament. Even the most solemn and religious of Israelis will revel in this fun and exuberant event; it’s partying all the way! (Jewish holidays fall on the proscribed Hebrew date, rather than the Gregorian counterpart, so some research may be required if you want to catch a specific holiday).

Following this, around April, comes Pesach, or Passover, which is a very traditionally followed part of the story of Moses and the Israelites’ deliverance from Egypt. If you are religious, especially Christian, Muslim or Jew, it’s a very interesting and soulful time to visit, and it’s a unique time in the year to explore Jewish culture and the foundations of the bible. If you’re not it’s easy to enjoy this special time of year in Tel Aviv.

A more secular, state holiday is the Israeli Independence Day. Falling in late April/May, the whole country enjoys barbeques wrapped in patriotism, to commemorate Israel’s founding and rebirth in 1948. There are flyovers from the air force, displays in the port of Tel Aviv from the navy and various organised events in the city, and around the country.

The next big celebratory holiday is Rosh Hashana, or the Jewish New Year, which falls in September and sometimes early October. The whole country slows, and breaks bread in style to bring in the New Year, as has happened over five thousand seven hundred times before. Whilst it’s not as celebratory as the Christian counterpart on New Year’s Eve/New Year’s Day, there is a spiritual advantage to the event that Tel Aviv residents enjoy. Finally, another joyous celebration is Chanukah, with its various spellings from, ‘Hanuka’ to ‘Channukah’, the Jewish festival of light, where kids of all ages enjoy parties, doughnuts and a variety of fun activities that any tourist would love to partake in.

Tel Aviv is also the home of its own unique events, including its world-famous gay pride parade in mid-June; the ‘White Night’ party in May/June, where everyone has fun, partying in the streets, all in white attire; and ‘The Sail Tel Aviv’ event which is a 4-day activity-fuelled event celebrating anything and everything to do with sea and beach pursuits. In addition to that, this May Israel will host the Eurovision Song Contest, which the country won in 2018! These events are just the tip of the iceberg, and there are hundreds of activities running throughout the year, meaning that almost literally any time, is the best time to visit Tel Aviv, and stay in some of the best Tel Aviv hotels, which are the pride of the country.