Japan is a country of contrasts.

A land steeped in tradition and history, you would be forgiven for thinking that the ancient Buddhist and Shinto shrines would seem out of place in the futuristic metropolises of Tokyo and Osaka.

But you would be wrong. Japan has a character all of its own, which blends the old and the new, the past and the future, tradition and innovation. Ask anyone you know what they think of first when someone mentions the country and you will hear answers ranging from samurai to Nintendo; from sushi to anime.

If the Land of the Rising Sun is on your bucket list, here are some top tips for where to visit, what to see, how to get there, and some general advice to make the most of your holiday.

Please note: New immigration policies are set to be implemented in 2020, which includes new types of work visas and the creation of an electronic visa or eVisa for tourists. More information here. 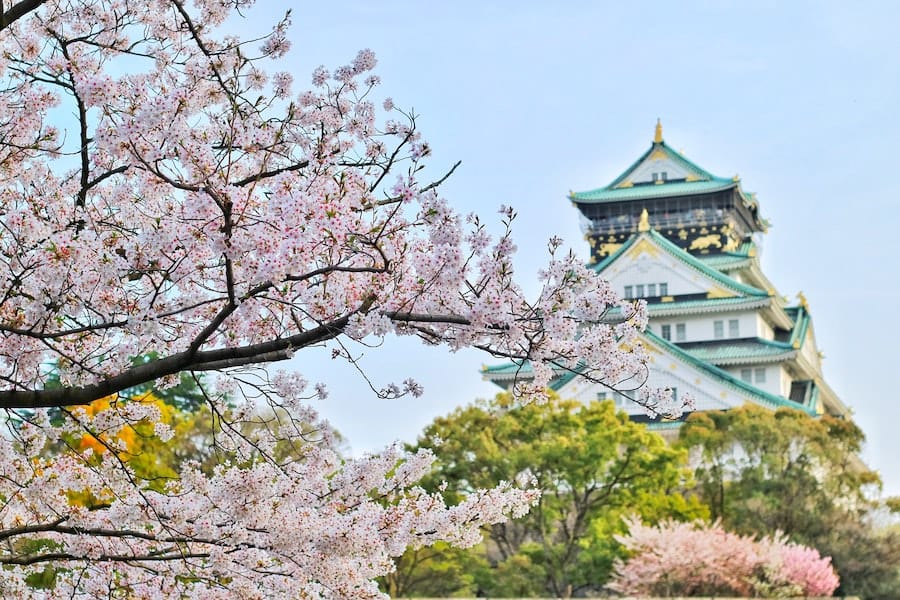 Where to visit in Japan

From the icy mountains of northern Hokkaido to the subtropical island of Okinawa, Japan has an incredible variety of places to visit.

If you’re looking for an active holiday, you may want to climb Mount Fuji, while for those nature lovers out there, delving into the incredible Japanese national parks might be the adventure they’re looking for.

Most likely, you intend to experience many sides of Japanese culture. Exploring the following 3 cities is guaranteed to help you do that.

The ultramodern capital of Japan is the country’s primary destination for many international visitors—and for good reason! A hub of modern culture, fashion, and cuisine, Tokyo has no shortage of things to see and do.

Skyscrapers stand side-by-side with historic temples. Delicious restaurants cater to all dietary requirements. You can take an elevator to the top of the Tokyo Metropolitan Government Building in the Shinjuku district for a free view of the Tokyo skyline.

Plus, there’s Tokyo Disneyland and DisneySea.

And just in case you missed the news, in 2020, there is another reason to head to Tokyo—the Olympic Games are set to be staged in the city in July and August. Arguably the biggest sporting event in the world, the opening ceremony promises to be spectacular. If you can score tickets, run at the chance!

The old capital of Japan, Kyoto is considered the center of Japanese culture and plays the role of Tokyo’s more traditional counterpart.

Known for its ancient Buddhist temples, Shinto shrines, beautiful gardens, and regal palaces, Kyoto is also one of the best places in Japan to see cherry blossom when it blooms in late March and early April.

While the center of Kyoto is more modernized, exploring the outer neighborhoods and the surrounding hills puts you right in the heart of traditional Japan. Stone streets, wooden houses, ladies wearing kimonos, Buddhist monks, bamboo forests and wild monkeys can all be found in the outer parts of the city.

Kyoto’s most iconic landmarks include:

Nara: the original capital of Japan

Japan’s first permanent capital and rich in history, Nara is home to some of Japan’s oldest and largest shrines and ruins, as well as the country’s first public park.

The impressive temple of Daibutsu-den (Hall of the Great Buddha) at Todaiji should be every traveler’s first stop in Nara. The immense building houses a 15-meter gold and bronze statue of the Buddha from the 8th century.

Horyuji Temple is another historic complex that every visitor to Nara should check out. Some of the world’s oldest wooden buildings make up part of this UNESCO World Heritage Site.

Next, head over to (Nara Park), where you can see herds of wild deer roaming free—and even feed them! They are so used to humans that they will eat out of the palm of your hand.

Nara can be visited on a day trip from Kyoto and is well worth the visit!

How to get to Japan

The easiest way for most international travelers to get to Japan is by plane. Unless you are arriving from a nearby Asian country, it is likely that the flight will be long-haul, so it’s a good idea to fly with an airline that offers a certain amount of comfort.

Japan can also be reached by boat from China and South Korea. Various cruises stop in Japanese ports, which may be a good option for travelers who are visiting other East Asian countries too.

It is essential to remember to check the documentation needed to enter and stay in the country for the length of your stay. Depending on your nationality, this may involve applying for a visa.

Top tips for your first trip to Japan

Japan is very different from western countries and first-time visitors may not know what to expect. Here we have some tips to help you with your stay.

1. Get the JR Pass to visit different cities

The Japan Rail (JR) Pass is something that every foreign visitor to Japan should know about. As long as your passport is stamped “temporary visitor” at the airport upon arrival, you can purchase a pass that allows you to take any JR train in the country for the next 7 days.

For anyone planning to travel to multiple places in Japan, the JR Pass is a must. The 7-day pass costs 29,650JPY (around US$270), which costs about the same as a round trip between Tokyo and Kyoto.

2. Make sure you have cash with you

One of the surprising things about Japan is that many places do not accept credit or debit card. Despite its modern cities and many tech companies, Japan is a cash-based society and many stores lack the equipment to make card-based transactions.

Since a lot of Japanese money is coin-based (there are coins up to the value of 500 yen), it is a good idea to bring or buy a coin purse.

It is always rewarding to be able to speak to locals, if only to ask for directions. Japan is no exception. Japanese people are, as a rule, very patient and respectful, and will often appreciate the effort.

Of course, learning a language is never easy, especially when that language has a completely different alphabet. But you do not have to be fluent in Japanese to get by.

Tokyo, in particular, is set up to cater for English speakers, with many signs in English and numbers written as Arabic numerals. Most locals seem to speak the language at least well enough to communicate important information.

However, in some other large cities like Kyoto, things are less cosmopolitan and more traditional, with few locals able to converse in English. In rural areas, you can forget about it. This is when it is handy to know a few key phrases in Japanese.

A good starting point is please (“onegaishimasu”) and thank you (“arigatou”).

If nothing else, the most important phrase to learn is “Eigo o hanashimasu ka?” or  “Do you speak English?”

Susan Noel is an experienced content writer. She is associated with many renowned travel blogs as a guest author where she shares her valuable travel tips with the audience.