Weird Things To Do & Eat In Kuala Lumpur: Getting Stepped On & Strange African Food

Sensory overload. Bright colours. Loud noise. Sugar food. Too much fun. This place is going to hurt your eyes & ears, tickle your tongue & blow your mind! 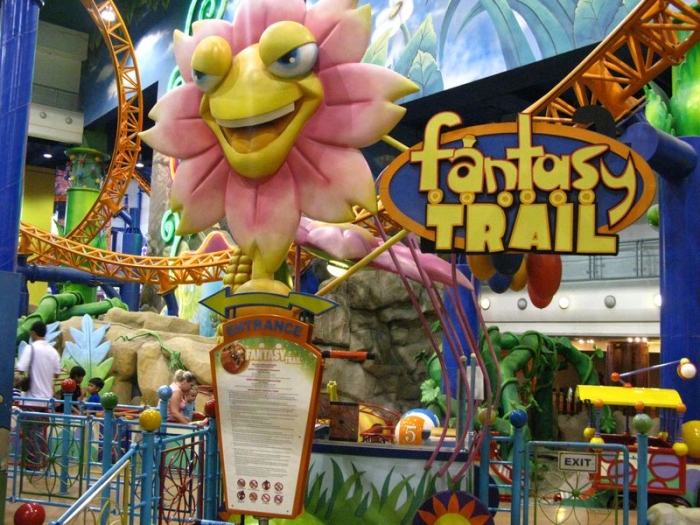 Along the famous shopping strip in Kuala Lumpur City is the Berjaya Times Square. It is currently the world’s 7th largest building, home to the largest Borders bookstore, (now Borders Express) over 1000 retail shops, 1200 luxury service suites, 65 food outlets, cinemas and, of course, a theme park smack bang in the centre of the mall.

Berjaya Times Square Theme Park is located floors 5 to 8 & is the largest indoor theme park in Asia. More entertaining and fabulous than Genting Highlands, in my opinion.

You obtain your tickets on level 5.  Mon to Fri adults are 38RM ($12), children are 28RM($8), under 2 is free. Josh also got let in on a Guardian pass, which was cheaper because there is a maximum height restriction on all rides of 6”4…. At 6”8 he wasn’t going to be doing much.  The weekends are a little bit more, personally I have been to the shops a few times on the weekend and it’s not something I would do. We prefer a quiet weekday, open 12pm to 10pm. 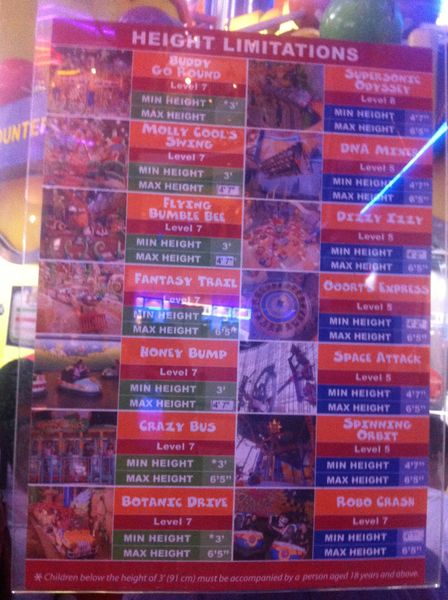 Level 5 has galaxy world, which is kind of like the adult scary rides. We didn’t do this part of the park as we had the kids with us and this was really a family day. So we headed up the escalators to Fantasy World.

The kids had an absolute blast driving cars, flying in bees, going on merry go-rounds. Mia did not have such a great time on the train (she has dark issues), but loved everything else. The lines were minimal and they just ran from one ride to the next, completely in love. They have not been to so many amusement parks in their life and they are getting the real hang of it now, adventure 101.

On this level is kid’s playground so I left the kids there with Daddy’s supervision and made my way up to the highest level for the Space Odyssey rollercoaster. I love a good rollercoaster and I think it was about time I conquered the shopping centre coaster.

This thing is made, you are hanging upside down in a mall! There are people watching from all sorts of balustrades on all sorts of levels as you fly between several levels of mall. I managed a front seat next to a stranger. I let him know early I would be screaming and he thought it was funny…. Until I started. 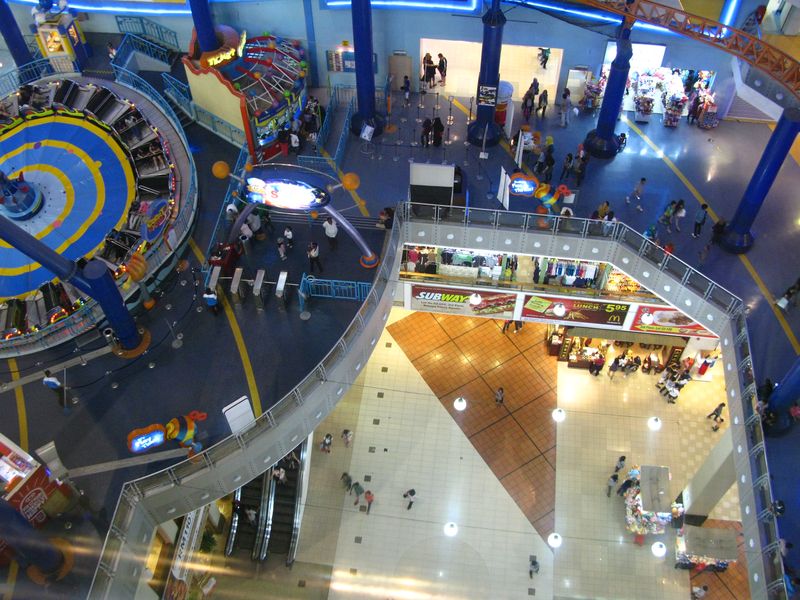 After my amazing journey in the shopping centre that I had never done before I took the kids up to the little theatre (included in admission) and we sat down for a rest, watching The Smurfs. It was there first time and Mia loved it…. I was curious why there was only one girl Smurf?

Finally we made our way out of the Theme Park and headed to the IT section for Daddy’s personal fun. He bought some great speakers, which are so mini, but will make our laptops and iPhones into cinemas. We also got my phone fixed for a 1/3 of the price we had been paying in Perth.

Recommend this place for parents with toddlers, it’s a great afternoon out. Probably take you  3 or 4 hours.

While we have been in KL we have visited a Church called Kingdom City KL. They actually have a sister Church in Perth as well. We felt right at home the moment we walked through the doors and have attended every Sunday.

The 11am service is followed by a free lunch to all members and we have enjoyed staying back, making new friends and watching the kids play.

If you are looking for a Christian Church in KL you must visit Kingdom City. It was warm, friendly and very multi-cultural.

In the Curve shopping centre Josh & I located this gorgeous massage place. The prices certainly aren’t your $6 Bali massages, however we were willing to spend the money once we had the massage. 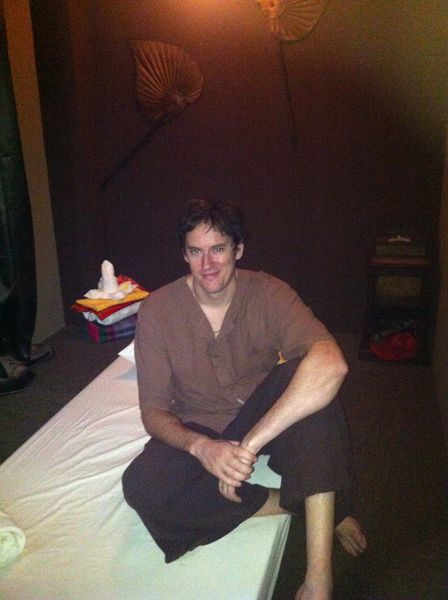 The place itself is filled with atmosphere. Soft lights, hard rock, soothing music, quiet voices. We both decided on a Full Body Thai Massage at $24 Aus each.  It was the best massage I have ever had.

We were led into separate rooms, given linen pjs to wear and then laid face up on mattresses on the floor. Then I was pulled and cracked, prodded and poked. She used her feet, her hands, her knees, her elbows and it was magnificent. Sometimes I wonder if massages will never end, this time I hoped it wouldn’t.

This shopping centre is always packed. We have been three times now. Both times in the middle of the day there was absolutely no parking in the several parking lots. The final time was a Wednesday evening for a blogging event and sure enough, there were several parking spots.

Josh & I saw Snow White & the Huntsman here as it was the only cinema still showing it. The Cinema was old and not anything to rave about. What we did notice, however was a Mickey Mouse exhibit and on a Wednesday evening decided to take the kids there to see it. Read more…

Malaysian's must love kids, because every time I drive I spot a playground. They have them everywhere! Our apartment complex has 3 of them!

The Curve also has indoor playgrounds, free and paid. The shopping centre next to it (cause The Curve is so small, clearly) IPC also has play centres. One we visited yesterday was very similar to the KidsWorld in Ubud. It was all jumping castles and you could also do art. Kids were $2.50 each. Money well spent to wear them out for an hour while Mummy went and did some shopping and eyebrow wax searching. 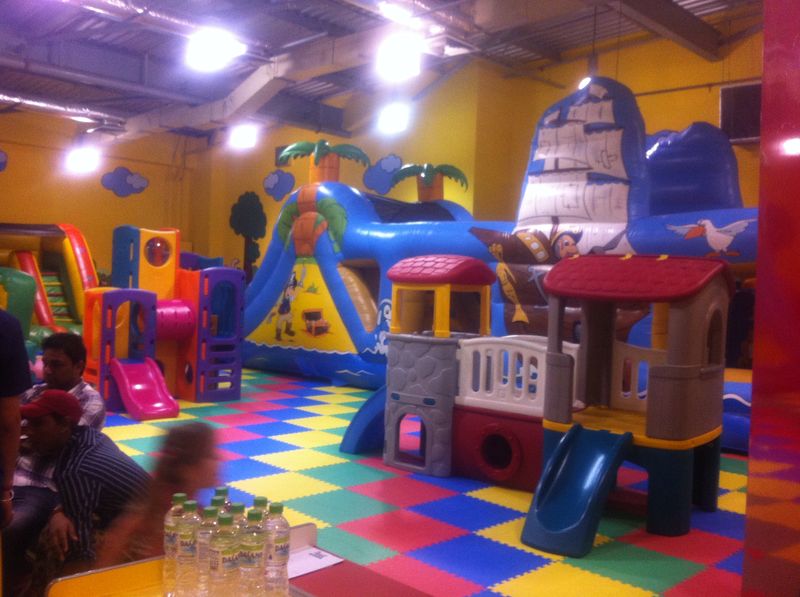 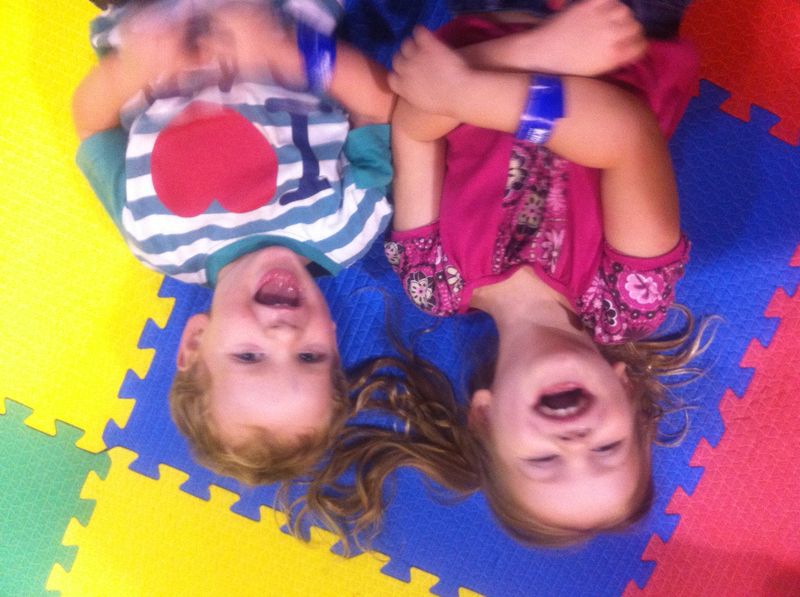 What should have been a 15-minute drive was quite awful as we left at the worst possible time of 5:30pm. Over one hour later after battling the over crowded, snail moving highway through KL we finally arrived at this amazing restaurant.

Located in PJ Palms Sport Centre it’s an unusual spot for a restaurant. There are squash courts, a pool, a gym and an African restaurant. 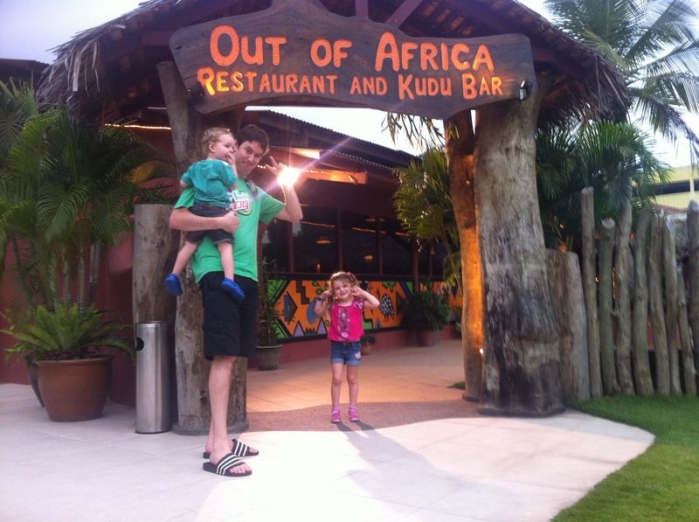 Josh ordered the Braaied Boerewors, I had Zebu Steak Pie. Both were absolutely fantastic. Huge meal sizes, we could have shared with several sides. The kids shared a lamb chop kids meal and that also was huge, thank goodness they shared. We also had some bread and dip for starters, several drinks & a lemon meringue pie. The bill was the most we have spent in a long time, over $61, but man was it great! Highly recommend.

Other restaurants we have enjoyed at The Curve:

"I respond to every comment by private email. So please leave me comments, I love chatting to you" - Josh Bender
Posted by karin holmes on Jul 23rd, 2012
love the photos and a good read xx
Posted by A King's Life on Jul 23rd, 2012
Thanks for all the bright, bright photos. My kids are super excited to go to Malaysia now that they see what they'll be doing! Me too!
Posted by Erin on Aug 1st, 2012
Have a really great time in KL A King's Life: glad we could have been some help!