Cram It: 48 Hours In Barcelona, Spain

15 days had passed since we disembarked our cruise ship in Civitavecchia but it felt like months. We had seen so much in such a short period of time on our Southern Europe road trip. But now it was coming to an end and Barcelona was a fitting finale.

Arriving in Barcelona we needed to find the location for returning our leased car. This was easier said than done as we ended up driving to completely the wrong spot. After some double-checking and finger-crossing, we tried another location which turned out to be the right one. Phew! 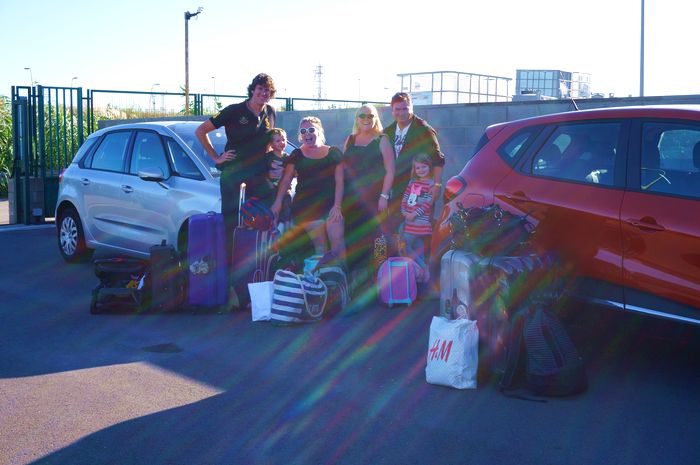 By the time we reached our hotel, we were all exhausted, having been on the road since early morning. The kids gobbled up some leftover spaghetti for dinner and were fast asleep in no time without a peep. Erin went foraging in the brightly lit streets and came back 20 minutes later smiling with a bag of Chinese takeaway. Yum!

The following day was spent discovering the city. We ambled through the centre of the city to find a bus that would take us to the world-famous Guell Park. On the way the kids found an unsuspecting flock of pigeons in a park. Normally Caius has no chance of catching fast-moving birds, but this time he got his hands on one. It was like a scene from the Road Runner when Wiley Coyote finally catches him and then doesn’t know what to do. 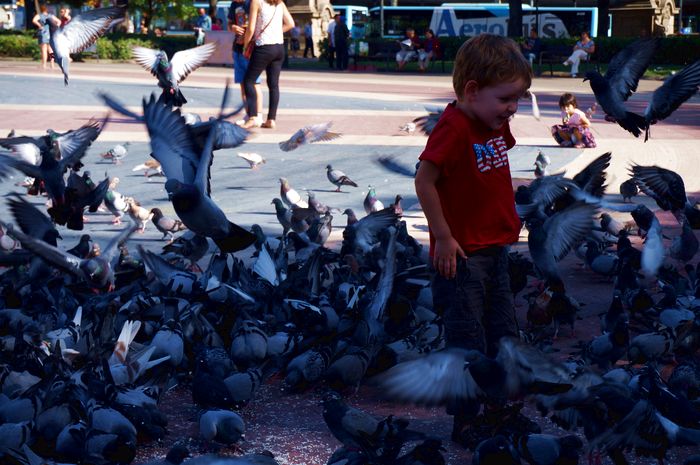 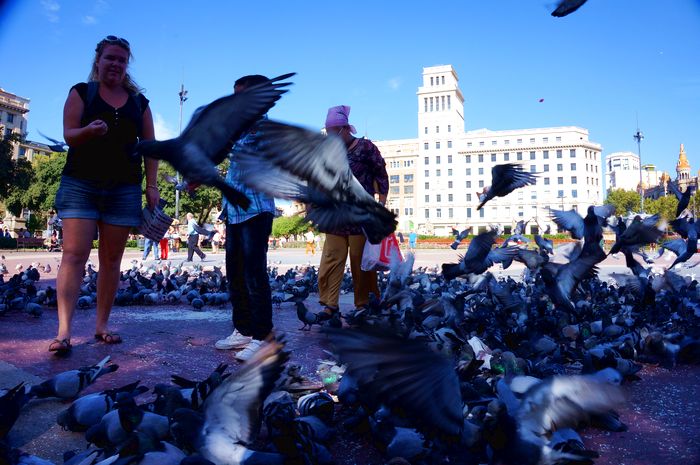 Guell Park was jam-packed with visitors. The sight resurrected suppressed memories of our Chinese school holiday torment in Hong Kong from 2012. Fortunately it wasn’t that bad, and the Spanish (and tourists) understood the value of courtesy. The architecture throughout the park was certainly unique. Antoni Gaudí, the designer, had quite a talent for creating whimsical masterpieces. Being a “park” we were hoping to find more things for the kids to do, but it was more of a “looking” park than a “doing” one. After an hour or so wandering around and taking the occasional snaps, we made our way back into town. 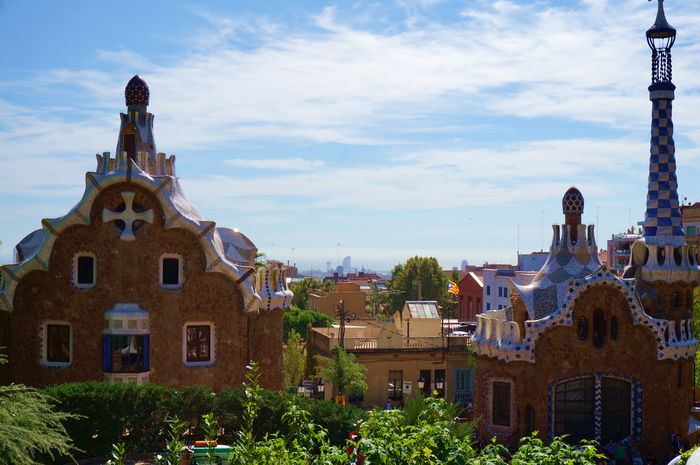 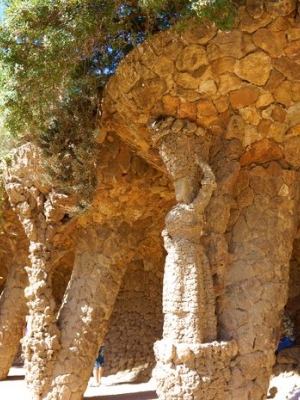 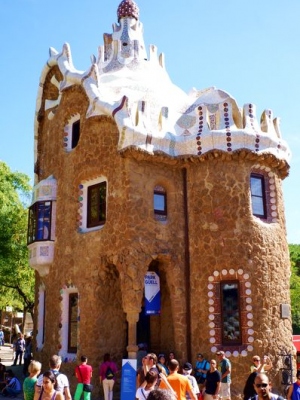 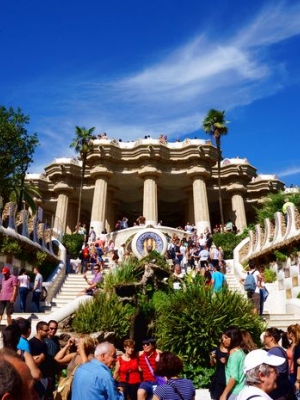 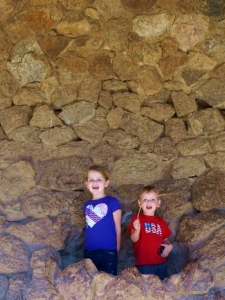 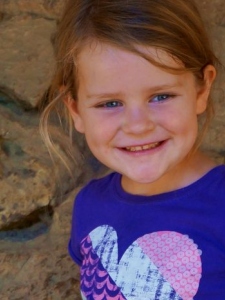 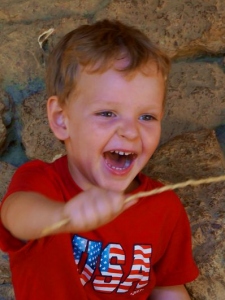 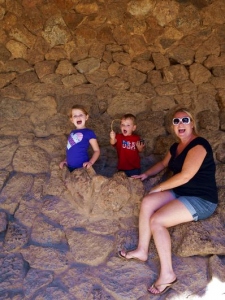 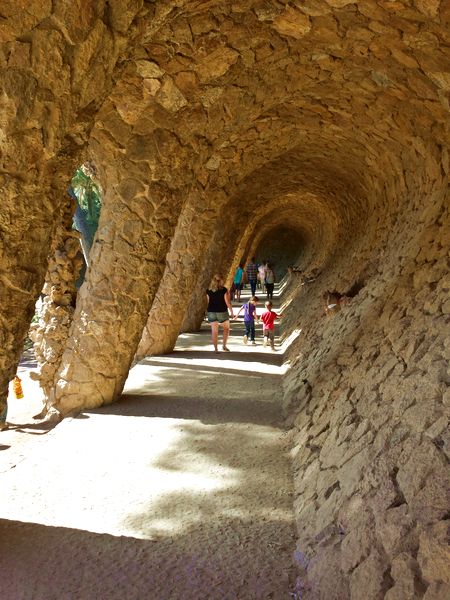 The kids were worn out from the road trip and the long walk around the Guell Park, so Erin took them back to the hotel for a nap and I picked up a light lunch. We couldn’t have lived with ourselves if we visited Spain without trying some genuine tapas. They were bite-sized and pay-per-piece so you could have as many (or few) as you like. But the average piece cost at least €2.80 so the damage added up quick.

With the kids resting in the hotel, I headed back onto the streets with Erin’s parents to capture more of the sights. We grabbed a taxi and the first destination on our list was probably the most recognisable building in Barcelona - Sagrada Família (Church of the Holy Family). 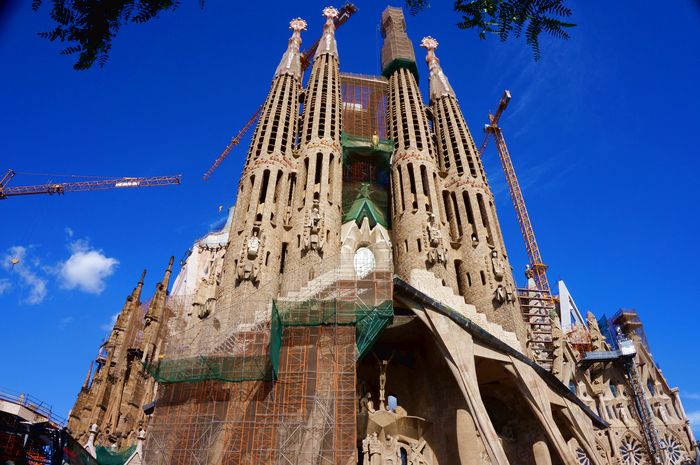 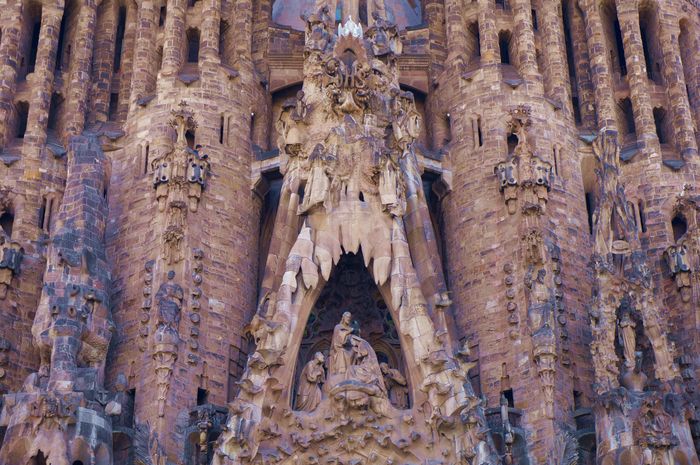 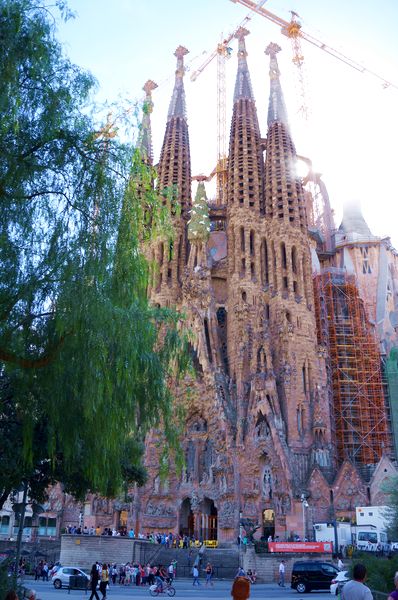 This could be considered as Gaudí’s legacy to the world. Construction started in 1882 and he was still working on it at the time of his death in 1926. As funding for the project relied on private donations, progress was painfully slow. In 2010 it finally reached the half-way mark and is scheduled to be completed in 2026, a century after his death. We saw a scale model of the finished construction on-site and it will be even more impressive and opulent when completed. This guy didn’t have any problems with dreaming big! 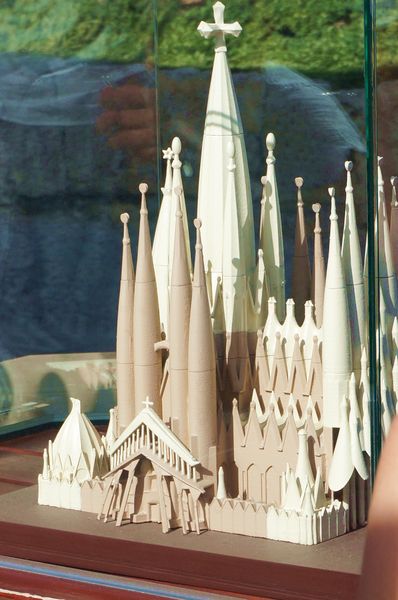 After one more short photo stop, we returned to the hotel, picked up the kids and walked down to the harbour just a couple blocks from the hotel. This time we were equipped with the pram. It was a lovely walk, soaking up the atmosphere and watching the golden sun gently setting. 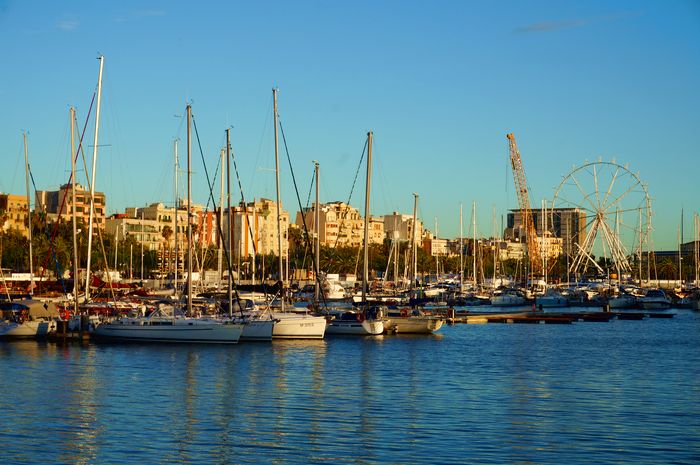 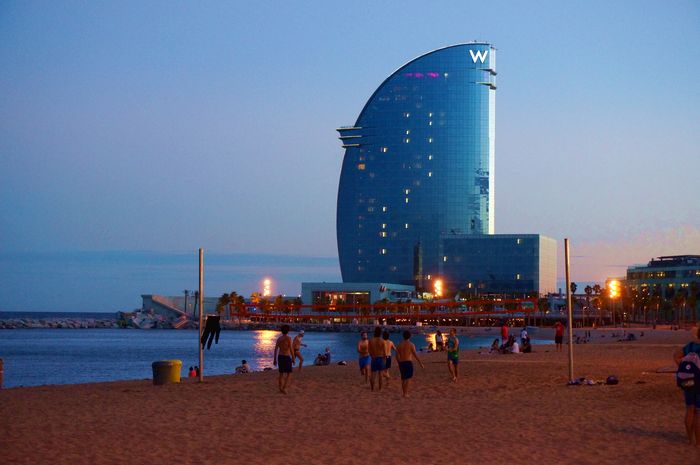 We were hoping to take the kids on the giant Ferris wheel that we had seen the previous day, but workers had started to dismantle it that very morning. Markets lined the street, which provided some retail therapy for the ladies. Afterwards, we found a nearby restaurant for dinner, but unfortunately the food was disappointing.

The next morning we said our tearful goodbyes to Erin’s parents before catching a taxi to the airport. It had been a wonderful road trip, and even better to do it with family. Our next destination, Ireland, was just around the corner.

We really enjoyed Barcelona even though our stay was far too short. There is something intangible in the atmosphere of this city, and we loved the city buzz, rich culture and colourful history. And best of all, we finally ate some real tapas.

"I respond to every comment by private email. So please leave me comments, I love chatting to you" - Josh Bender
Posted by Karin on Nov 7th, 2013
We loved barcelona such a fascinating place