Having previously visited San Diego and loved the zoo we did not have the opportunity to visit the Safari since it was quite far out and difficult to get to. Since we had a car and the opportunity we decided to skip the zoo this time and discover the San Diego Zoo Safari Park.

Our morning started with a detour for pancakes at iHop since it was officially Miss 4 year olds birthday and she chose pancakes for breakfast. The pancakes at this place are humongous; let alone a cup (small bucket) of hot chocolate. 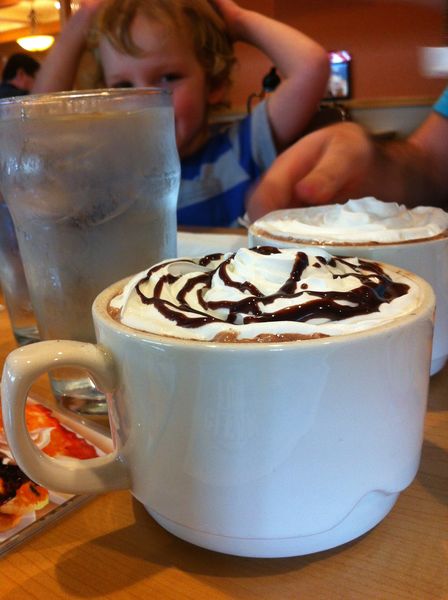 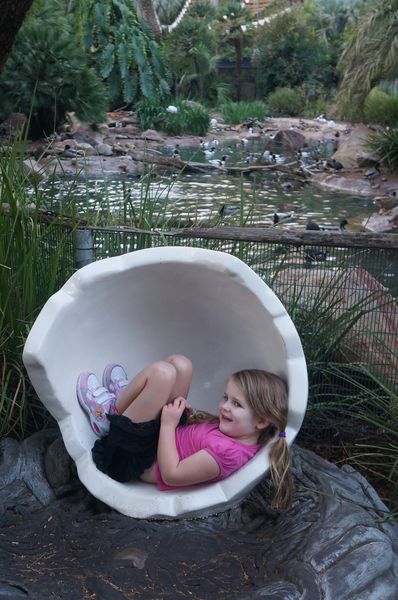 After everyone had eaten their food we continued our journey to the Safari. They have a large car park that was $10 to park and entry was, of course, included on our Southern California City Pass that we bought earlier.

I am not sure if it was rose coloured memories of our time at San Diego Zoo, however given the choice again I would choose the zoo.

The Safari Park is very cool, however the Zoo is unquestionably remarkable.

There are several different Safari options and we decided to go with the cheapest Africa Tram Safari (included in our City Pass) at $44 per adult, $34 per child 3 – 11. It’s an open-air expedition around the Africa field exhibits, replicating an open African Safari. Of course you do not get very close to the animals and the queue for this tram was fairly long. I hear we were there on a good day. 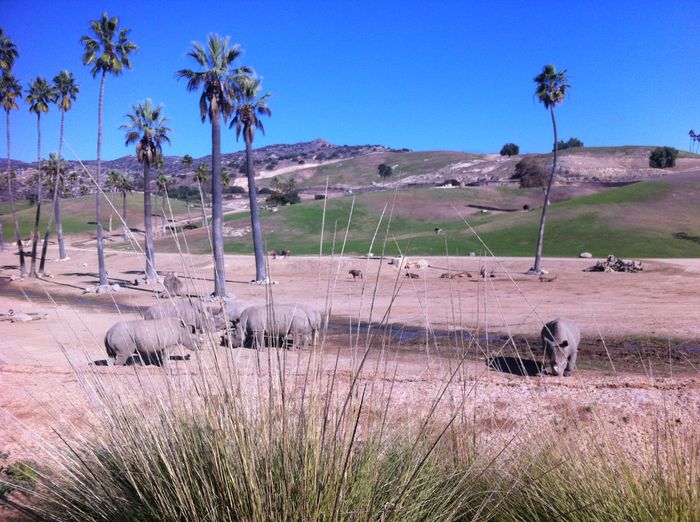 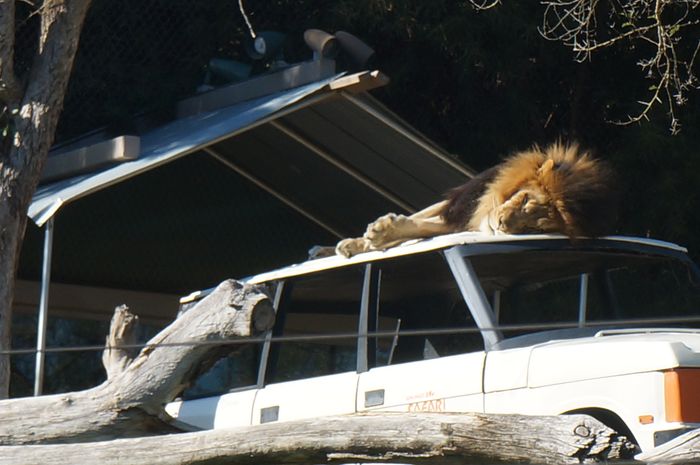 I’ve heard the other Safaris are so much better where you can actually be up close to the animals, but they are almost double the price so if you never plan on going to Africa it might be worth the money, but we will be saving our pennies for the real thing.

The Safari is really doing some amazing conservation with the animals, especially the Black Rhino we saw that is only 1 of 8 left in the world! We also loved the added touch of the car in the lion cage. They have made the roof reinforced so that the massive weight doesn't cave in.

My favourite part of the day would have to be the Cheetah run where we had prime seats to watch the expeditious journey of this beautiful creature. You can see the video below; it’s over in seconds.

Located around the park are different playgrounds, which we found was a huge saving grace. Mia fell asleep at one stage and we planted ourselves in the sun on the grass while Caius spent hours playing on animals and playing a game of push with another boy. Later Josh & Mia found an even better playground, very natural with plenty of holes to crawl through and hide. 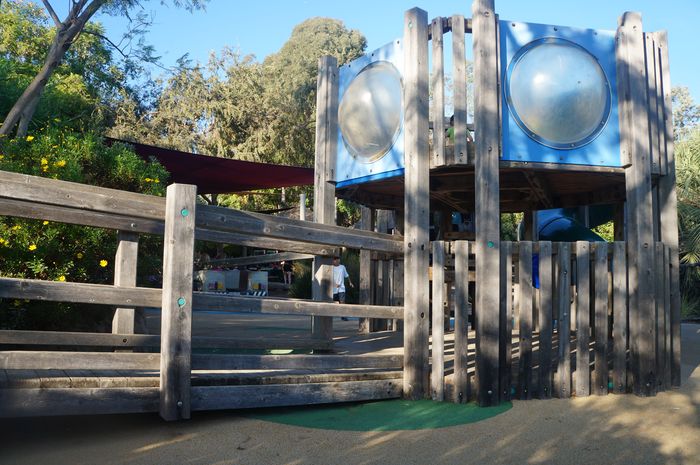 There was not much food choice and we had to satisfy ourselves with hot dogs and pretzels, which was not at all filling or nutritious.

It wasn’t too soon after watching the Cheetah run that we headed to the exit. A friendly member told me that Mia got a free ride on the carousel since it was her birthday so we detoured there for her free ride and she left with a brand new Happy Birthday badge. 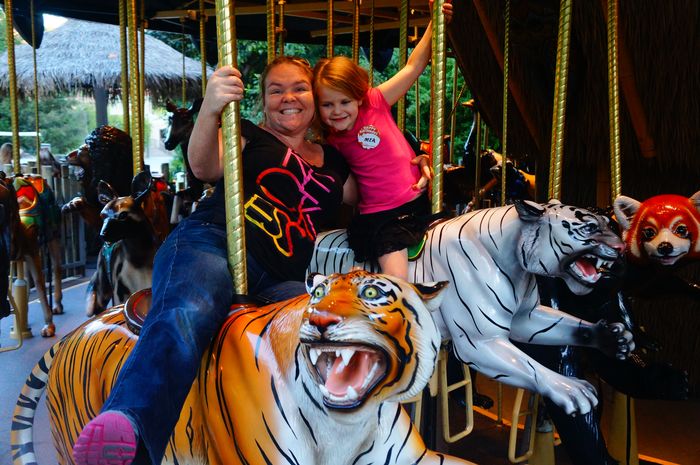 Driving home we spotted a Target, which we had been looking for to purchase a booster seat for Mia. We also needed some warm clothes after half our jackets and jeans went missing between Anaheim & San Diego.

Target America is not like Target Australia. First of all the carts get to go up the escalators, how cool is that! 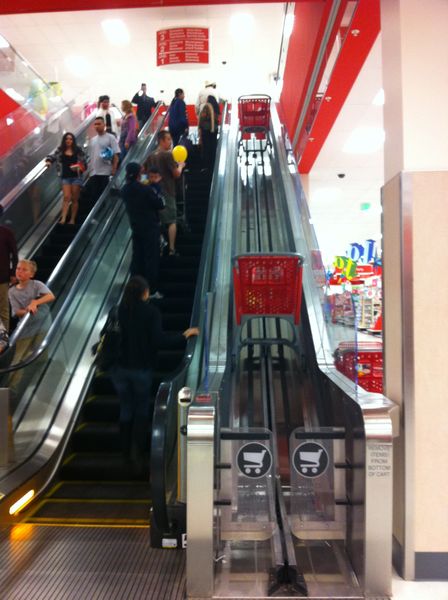 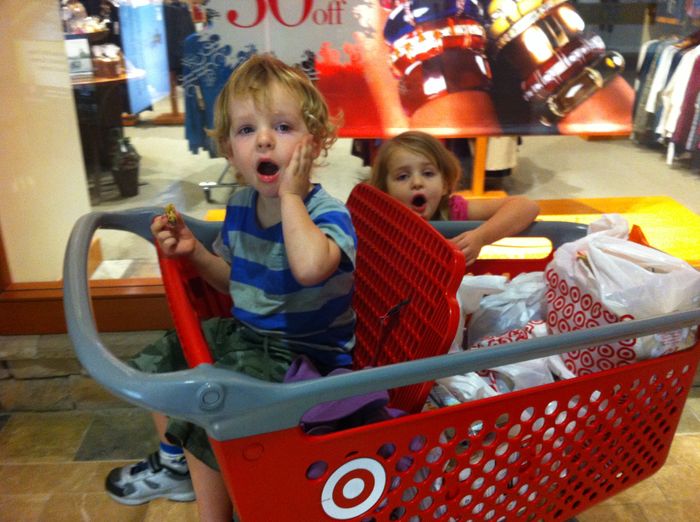 Second they have a grocery section. We got a shopping trolley full of groceries for $70! Easily this would have been a $150-$200 back home in Perth. The food was so cheap and there was so much variety, we went overboard with our food purchases.

After putting our grocery purchases in the car we went and had dinner in the food court where a $4.20 Chicken Tepanyaki satisfied my tummy and nutritional needs. We finished up our first mall expedition with another shop at Target for thermals, jackets and jeans.

With our car piled high we drove home to cook up some dinner in our fabulous kitchen and finalized plans for the rest of our week in San Diego.

We liked the Safari Park, but we love the zoo. How about you? Which one is your favourite? Which one would you choose to go to, given the choice? Leave us a comment!

"I respond to every comment by private email. So please leave me comments, I love chatting to you" - Josh Bender
Posted by Karin on Jan 12th, 2013
Great read and great pics