10 Phrases To Learn Before You Visit Bangkok

Josh & I always try to learn a few phrases when we visit a new country. The locals just respect you so much more if you try. So thanks to Brian for this piece, I will use it our next Thai trip.

Thai is a lyrical language you’ll find yourself wanting to get the hang of quickly in order to fully appreciate the loquacious and friendly nature of Bangkok. Check out these important phrases that’ll put you in the right mindset for Thailand and might help you get around or make a good impression.

Mai pen rai captures the Thai spirit as much as any three words could. Translated, the phrase means “it’s okay” or “never mind,” a perfect representation of the calm and relaxed attitude that the Thais employ when dealing with conflict. Mai pen rai is the mantra of someone with jai yen, or a cool heart—that is, someone who knows not to let their temper get the best of them. Staying calm and positive isn’t only the ideal behaviour for Thai people; it’s how they expect that you’ll behave in their country as well. You’ll want to keep mai pen rai in your verbal toolkit if you’re prone to getting frustrated.

You’ll hear the phrase a lot in Bangkok, and not just because people are telling others to relax. It’s also used in place of “you’re welcome” (the way a server in the West would say “no worries” or “no problem,” for example) or “whatever” (if, say, a friend wants to leave a decision up to you) and is generally useful for when you want to just make clear that everything is fine. 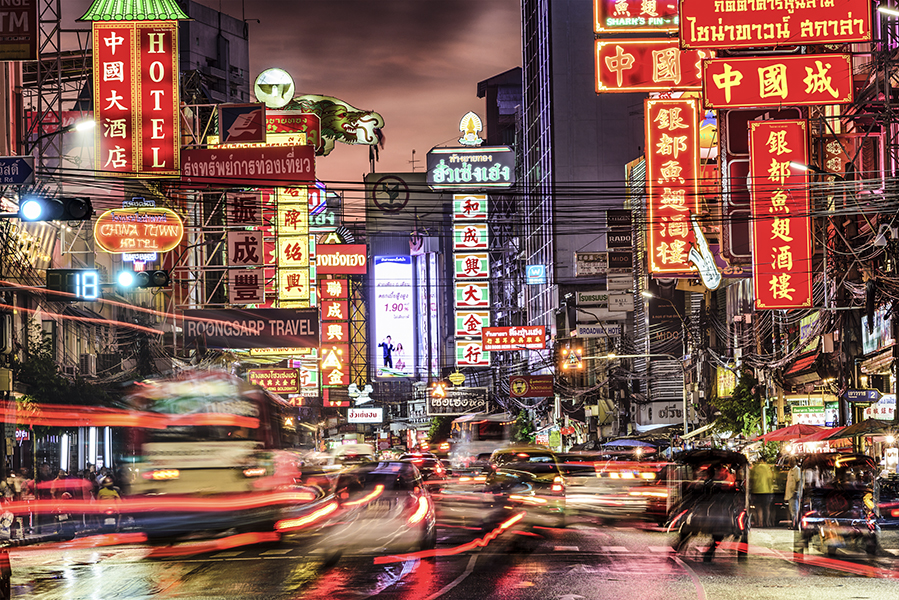 Similar to mai pen rai, sabai is a word for describing being happy, calm, and relaxed. It appears commonly in greetings (sabai dee mai, or “Are you well?”) and can be repeated twice for extra effect to emphasise that you are on cloud nine. (Lots of Thai people translate sabai sabai to mean “chill,” and the imported word is even occasionally used in its place.)

Of course, if you’re not well you can always say mai sabai (“not well”) in response, but as this is generally unusual you’ll be expected to elaborate and answer the follow-up “thamay mai sabai?” (“What’s wrong?”)

If you’re looking for an all-purpose greeting that won’t invite inquiries into your feelings, sawatdee works as both “hello” and “goodbye” and isn’t sensitive to the hour, so you can use it at all times of the day or night.

Thai is a language spoken with a gendered context and many phrases, sawatdee included, are followed by the word khrup when said by male speakers and khaa by female ones. These words are not always included, but their addition does make speech more formal and polite (you’re likely to hear sabai dee mai khrup/khaa from people in the service industry, for example).

This is a greeting with a special spin to it; translated literally as “have you eaten rice yet,” the phrase is a quick way to see if a friend wants to grab a bite to eat. There are plenty of things to do in Bangkok, but unsurprisingly (considering how delicious the city’s street cart offerings are) things always find their way back around to food. By asking if someone has eaten yet––“kin khao reu yang?”––you can get the snack out of the way (if your friend responds yang, or “not yet”) or move straight on to sightseeing if they say “kin laew,” that they’ve already eaten.

A polite way (if you smile, of course) of saying “no thank you” or “I don’t want it.” This one comes in handy when you’re trying to wrest yourself from the sales pitch of a merchant in touristy areas, like those on the bustling streets near the busier hotels in Bangkok. Add on an extra khrup/khaa at the end if you feel the need to drive home the politeness.

This is another word to make your speech more polite, but this one gets tagged onto the beginning of someone’s name instead of at the end of a sentence the way that both khrup and khaa do. Use it the way you would use Mr. or Ms., so before or in place of someone’s name. If you’re trying to get a waiter’s attention, for instance, khun khrup/khaa will go a long way. Thais have their own specialised terms that they’ll use in those sorts of situations, but since wielding those requires knowing a bit of social context your best bet is to avoid them altogether and just stick with a simple and polite khun-based phrase.