The 5 Must See's of Ireland

Are you planning a trip to Ireland? Everyone has their own favorite sights and places and it's a tough ask to just pick 5 since there is so many places every visitor to Ireland should see. You can find varieties in this comparatively small Island. In fact, with a list as long as my arm of things to see and do I would highly suggestrenting a car from Dublin and road trip the whole of Ireland easily. Then you can really absorb all the culture and discover the beautiful, yet rustic, countryside of Ireland. Here are a few of my must see’s highlighted below-

Dublin is the capital and most populous city of Ireland. Dublin has many landmarks and monuments dating back hundreds of years.

Many people visit Trinity College, Dublin to see the Book of Kells in the library there. The Ha'penny Bridge; an old iron footbridge over the River Liffey is one of the most photographed sights in Dublin and is considered to be one of Dublin's most iconic landmarks. 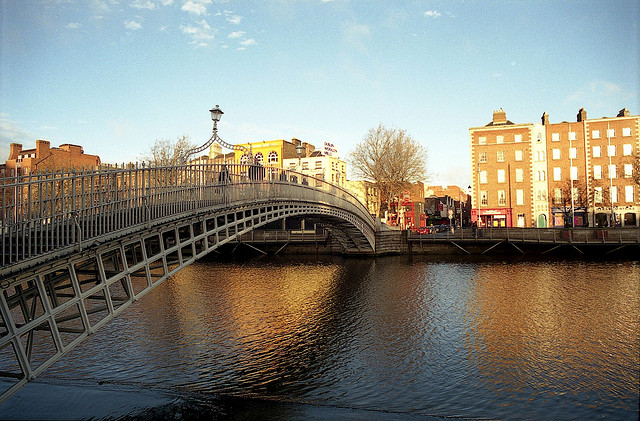 Other popular landmarks and monuments include the Mansion House, the Anna Livia monument, the Molly Malone statue, Dublin has more green spaces per square kilometre than any other European capital city, There are many park areas around the city, including the Phoenix Park, Herbert Park and St Stephen's Green. You can visit Dublin Zoo, which is the largest zoo in the Ireland. Huge number of tourist gathers here every day.

The most famous and breathtaking parts of Ireland’s craggy west coastline are the Cliffs of Moher, which feature some of the most breathtaking views on the entire island.

The Cliffs stretch for almost five miles and rise up to 702-feet over the waters of the Atlantic Ocean. The amazing view from the Cliffs includes the Aran Islands, Galway Bay, The Twelve Pins and the Maum Turk Mountains.

The landscape and seascape of the Cliffs of Moher have, for centuries, welcomed a multitude of visitors; close to one million people per year now travel to this iconic location.

Wedged between the rough beauty of the Aran Islands and the bustling university city of Galway, the near featureless desolation of this limestone plateau has often been likened to a moonscape. Ancient monuments and bizarre rock formations abound. Some spectacular sights can be taken in by driving next to Galway Bay.

Brú na Bóinne (the Boyne Palace) in County Meath contains some of the most important historic sites and monuments in Ireland, and is a designated World Heritage Site.

It features the massive megalithic ancient passage tombs - which are graves dating back to ancient times - of Newgrange, Knowth and Dowth. These tombs are older than both Stonehenge in England and the Pyramids of Giza in Egypt.

The tomb itself was almost lost to history itself. It was sunk into the ground for over 4,000 years, only rediscovered in 1699 when workers carried away building stones for the landowner. Today, access to Newgrange, Knowth and Dowth begins at a visitor center, from where you can take a guided tour of the site.

By hiring a car from any major city or airport you can explore stunning exhibits, quiet country roads, gleaming rivers and lakes, uncrowded beaches, beautiful gardens or charming little towns with cozy pubs and manor houses. Ireland is the home of it all and exploring it in your own time will really have you enjoying everything the Irish have to offer.