Visit Amsterdam! The City of Culture and Boat Trips!

Amsterdam is one of the world’s most famous cities. It is packed with culture and attractions, and it offers something for everyone. The city’s small size allows for touring in a short space of time although to see it all and to learn her secrets requires a more comprehensive approach when you visit Amsterdam.

This guide shows some of the top attractions to visit to get a flavour of this great city. Happily, unlike many cities in Europe, museums are open in wake of the coronavirus. Just book a time slot online before you go to your chosen attraction.

With this in mind, let’s get to it. Time’s a-wasting and you need to visit Amsterdam. Here are some places to visit and things to do. 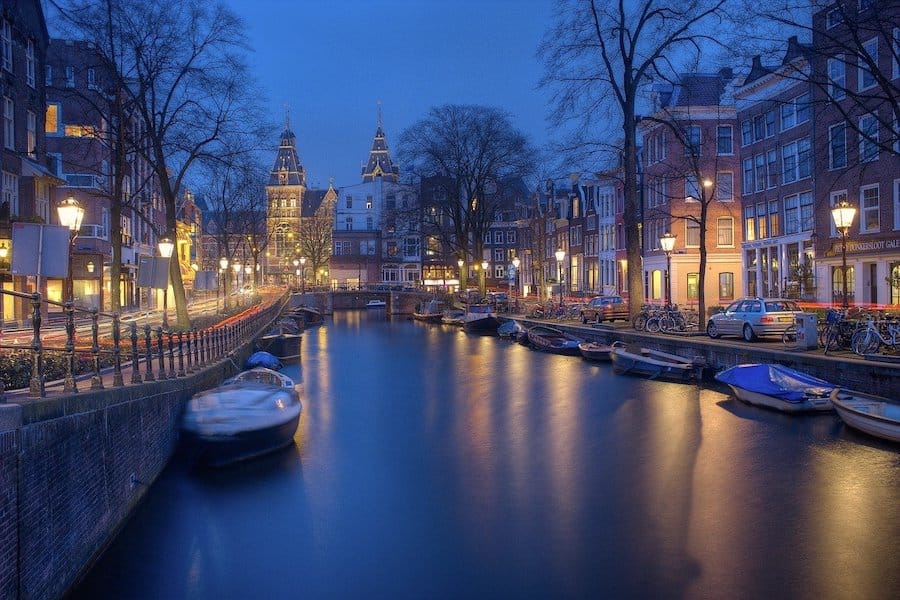 Anne Frank was a Jewish child who lived in Amsterdam while under German occupation in the Second World War. To hide from being captured and sent to a death camp, she hid in the walls of her house, never venturing out or making a sound.

The museum is the house where she lived. The exhibits are diary extracts, and you get a sense of how difficult it must have been to have lived as she did for so long. The story is a sad one as not long before Germany’s defeat she was discovered and sent to a camp. She died shortly afterwards.

Visiting the museum is a moving experience.

Amsterdam is blessed with several rivers and canals. The river Amstel from which the city gets its name is beautiful, and a number of boat trips operate. Seeing the city by boat is something a little bit special. The buildings that roll by and the people going about there day bring Amsterdam alive.

Many enjoy hiring a boat and taking to the water. There are great options available from hiring a small boat by the day to chartering a yacht. There is nothing quite like mooring up exploring one part of the city.

It is worth checking out boat hire in Amsterdam as you’ll see this great city in a new light when you visit Amsterdam.

Dam Square is arguably the hub of the city. From here, much of the major attractions are within walking distance and so are the city’s hidden treasures. Entertainment events are held in the square frequently, and it is the place to come for New Year’s Eve celebrations.

The square was built in the 13th century. A dam was constructed around the river Amstel to prevent the Zuiderzee Sea from flooding the city.

Peppered around the square are some truly historical and prestigious buildings. The Royal Palace, the former home of the Dutch Royal Family, is here. The 17th-century building is still used to host state functions. Madame Tussauds the waxworks museum, Hotel Krasnapolsky, the New Church, and Beurs van Berlage which today is used as an exhibition space are also in Dam Square.

The Rijksmuseum is the Netherlands national museum. It shows the history of the country dating back to its Spanish colonial routes. As you wander through the museum taking in all that you see, you realize that the country is actually more fascinating than you ever thought possible. Depending on your home country, you will discover events in history that are only remembered in the Netherlands.

It is one thing to be able to draw, paint, and create, but it is another to have a genius style. The painting and artistic creations of Van Gogh are brought to life in the Van Gogh Museum.

His life is just as fascinating as his artwork, and they are not interchangeable. Inspired by nature and love, he took the decision to become an artist at the age of 27. After taking painting lessons in The Hague, Van Gogh met and fell in love with Sien Hoornik a former prostitute.

Despite the social attitudes of the time she and her five-year-old child moved in with the painter. She was also pregnant. The relationship eventually ended with Van Gogh moving back with his parents for a while before moving to Paris to refine his skills.

His relationship with Sien Hoornik inspired painting such as Sorrow and Woman with a Child on her Lap.

This aspect of Van Gogh’s life of being influenced by events and the nature around him is nicely detailed in the museum.

Amsterdam’s Red Light District is world-famous. The largest one is in De Wallen, a medieval district. As well as prostitution and coffee shops, there are several fascinating museums devoted to cannabis and eroticism.

This is not suitable for children.