The Beauty of the Taj Mahal

My first trip to India was with my mother back in 2008. She had always wanted to see the man-made wonders of the world after reading about them as a child. When cheap flights became available to see the country and the Taj Mahal during the off-season, we seized the opportunity to go and began planning our trip immediately. 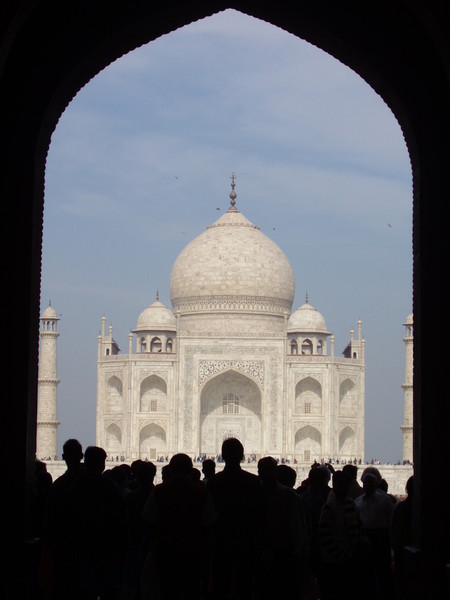 India is one of the hottest countries in the world, with temperatures in the summer averaging over 110 degrees in the afternoons. Most tourists try to visit before the temperatures get unbearably hot, making the best time to go in the spring or fall when the monsoon season starts to cool the country down.

The Taj Mahal was the central focus of our trip, with much of our domestic traveling centered around being able to visit the palace before we left. The famed monument is a thing of fairy tales and words can't begin to describe how magnificent of a structure it is unless you too have seen it in person.

Although we had been in India for almost 10 days, my mother and I's journey to see the Taj Mahal started at 5:30AM on our last day in India. We woke up in our hostel and tried not to disturb the other weary tourists trying to get more sleep before the sun rose. We made our way to the lobby where a shuttle bus was waiting for us promptly at 6. Although the Taj Mahal is technically located near New Delhi, it's actually about 4 hours from the city center in the smaller town of Agra, meaning to get a full experience of the monument you have to leave early in the morning to see everything in the compound.

Unlike photographs that portray the monument as a remote structure located on the plains of India, the Taj Mahal is surrounded by houses and businesses, with many attached to the outer walls of the compound itself. 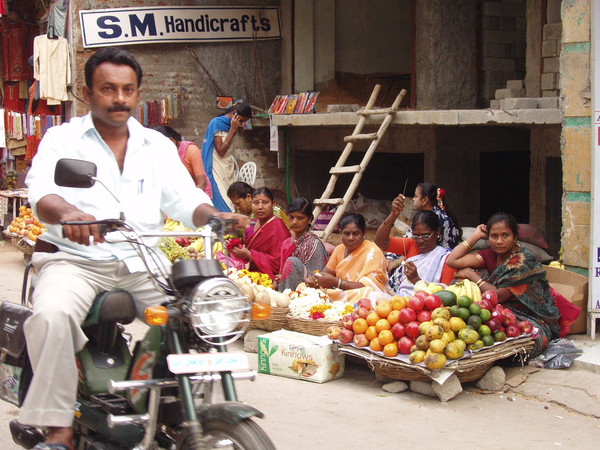 Our shuttle bus driver gave us a brief history lesson as we made our way to the Taj Mahal, driving cross-country through India to see the palace. Driving through India is a treat in itself. India is divided into states and drivers are required to register their vehicle as they cross the border from state to state. On our journey from Delhi to the Taj Mahal, we crossed numerous borders, sometimes stopping for half an hour at a time, waiting for state officials to check our documents and give us the OK to cross the border. Stopped in traffic at the border, my mother and I saw bears and elephants wandering the streets, getting exercise before getting back into their transport cars to be shipped to other parts of the country.

After a cozy nap in the back of the van, our vehicle arrived at the entrance to the Taj Mahal.

Built by the emperor for his wife in the 1600's, the structure is built entirely out of white marble and is incredibly smooth. Rubbing our fingers along the outside of the palace itself revealed no obvious brick joins or cement fastenings. Although the palace is almost 250 feet tall, visitors aren't allowed to the upper floors for security and safety reasons. Instead, an architectural rendering of the inside of the building is mounted in the lobby for tourists to get a sense of the complexity of the rooms and structure of the building. 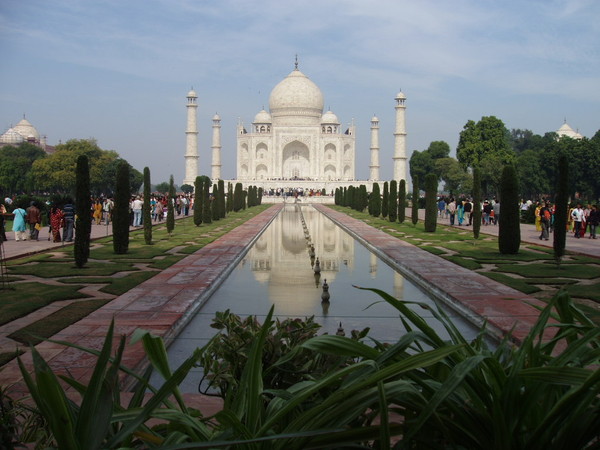 My mother and I spent the entire afternoon wandering around the meticulously maintained palace gardens, smelling the flowers and looking out onto the river outside of the palace grounds. Unknown to us until we were about to leave for the day, on the other side of the river was a second Taj Mahal. Although little is known about its construction, its rumored that the emperor attempted to build an identical Taj Mahal across the river bank to be used as a mausoleum, however no evidence has ever been found to support this claim.

The structure was never completed and the white marble used in its construction turned black, leading historians to guess speculate about its purpose.

With our cameras full of pictures and our legs tired from exploring every part of the amazing Taj Mahal, my mother and I endured the long journey back to our hostel to prepare for our flight home the next morning. Despite the long day of exploring the Taj Mahal's grounds, our exhaustion was suppressed by wonder and amazement for the magnificence of the palace and its maintenance after all these years.

Natalya Pobedova is a travelling nomad and backpacker from beautiful Brno Czech Republic. She is 27 and makes a living as a freelance web developer to support her traveling needs. She also runs a travel website for backpackers as a hobby: http://www.travelsiders.com/. She dreams to fly to Brazil and speaks Portuguese fluently. She visited 14 countries already and most of them are in Asia and Europe.