Canadian Festivals You Need to Add to Your Bucket List

Canada is firmly planted in my mind for it's jaw-dropping natural beauty and friendly culture. But there's a lot more than just that to draw in fun-loving tourists.

There are many, many reasons to book a vacation to Canada. The large, picturesque country is full of mountains to ogle and ski or snowboard down; there is every type of landscape imaginable; fascinating history to take in; great cities to explore; natural wonders to see; and amazing animals to try and spot.

However, beyond all that, the nation also puts on a wide variety of excellent festivals each year. Read on for some of the biggest and best you should be adding to your bucket list today. 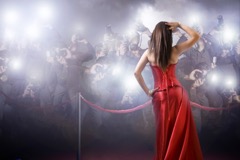 If you’re a music lover, you can’t go past attending the Montreal International Jazz Festival. This world-famous event, held in the bustling city of Montreal annually, has been running for almost four decades now. The festival takes places over summer, during June and July, and runs for around 11 days. The Montreal International Jazz Festival is actually the largest jazz festival in the world, and attracts millions of music fans each year.

During the event you will be able to watch performances which celebrate both the art and the tradition of jazz music, and you’ll have hundreds of different concerts to choose from, many of which are free to attend. Musicians come from all over the globe to perform here, and there is always a good mix of both established jazz names, and emerging artists. Over the years, some of the famous faces who have taken to the stage include Norah Jones and Diana Krall.

If you’re a movie addict, someone who’s keen to work in the film industry, or a person who’s always trying to spot celebrities, make your way to Toronto in September. The annual Toronto International Film Festival (TIFF) is one of the most well-regarded film events globally, and is up there with popular festivals like Cannes and Sundance.

The film event runs for around ten days each year, and has been operating since 1976. Each year it continues to grow as thousands of movie fans plus actors and actresses, producers, directors and others in the industry arrive in the city. Attendees typically are spoiled for choice with 250-plus films being shown. Movies are put on at more than 20 theaters around Toronto, and are created by major Hollywood studios, independent companies, and up-and-coming film makers.

TIFF is often seen as a place where people can get indicators of a movie’s likely success too. For example, dozens of internationally-lauded movies have premiered there, some of which have gone on to win Academy Awards. (American Beauty and The Big Chill are two of them.) During the festival you’ll get to hear about films which receive gongs on site, too. For instance, there is the Perspective Canada awards, which are all about promoting the Canadian film industry and its creations. 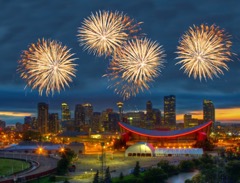 Have you always dreamed about seeing the best cowboys and cowgirls in the world showcasing their stuff? If so, buy tickets to one of the largest rodeos in the world, and what organizers call “The Greatest Outdoor Show on Earth”, the Calgary Stampede. Held in Calgary in July each year, this event is loved not just by farmers, horse riders, and rodeo aficionados, but also those who have no background in the area at all, and who are keen to experience the incredible smells, sights, and sounds.

Lasting for around ten days, Calgary Stampede is such a big and multifaceted celebration that it draws over a million visitors. During the event check out chuck-wagon races, a parade, agricultural competition, carnival, live entertainment, art show, and even a casino. The main event, though, is always the rodeo competition itself. This began back in 1912 and was the richest rodeo in all of North America at the time.

If you’re interested in events which combine a bit of everything, such as honoring cultures, and celebrating art, music, crafts and more, book into one of the many great Niagara Falls hotels, and then attend the Niagara Folk Arts Festival. Being held for the 50th year in 2018, this event showcases how the blend of people and cultures in Canada has made it the country it is today.

The festival runs each May for three-plus weeks, and is held in the town of St. Catharines, a suburb located not far from the iconic Niagara Falls waterfalls which draw so many tourists each year. During the Folk Arts Festival, you can learn about many different cultures by way of open houses which are made available in community buildings; plus you can watches dances and other live entertainment, try a variety of cuisines; attend exhibitions and art shows, and more.

Nicole loves everything Canadian and enjoys encouraging others to come and experience everything this beautiful country has to offer.