The Latin Americas are a great place to unwind. Costa Rica, one of the smaller, more attractive of the countries in the Latin Americas, is a dark horse all of its own. The country has no army, is very peaceable and has wonderful landscaping, with much to see and do - should you choose to visit. Close to the Caribbean and Pacific oceans, it is home to volcanic beaches, palm-tree coves and deep turquoise blue seas. It has a world- famous coffee belt from its sunny climes, meaning coffee capsules from Gourmesso and other similar organisations are brought to coffee lovers across the world from these shores. Simply put – coffee from Costa Rica is one of the best tasting you can find. Tarrazú, the fifth area of the province of San José, is considered the creator the most looked-for coffee beans in Costa Rica.  Back In 2012, Tarrazú ‘Geisha’ coffee beans became the most expensive coffee sold by Starbucks coffee giant in many of its shops across America. Gourmesso coffee began selling its coffee capsules due to its Fairtrade links for sustainable coffee which rewards the farmer directly. 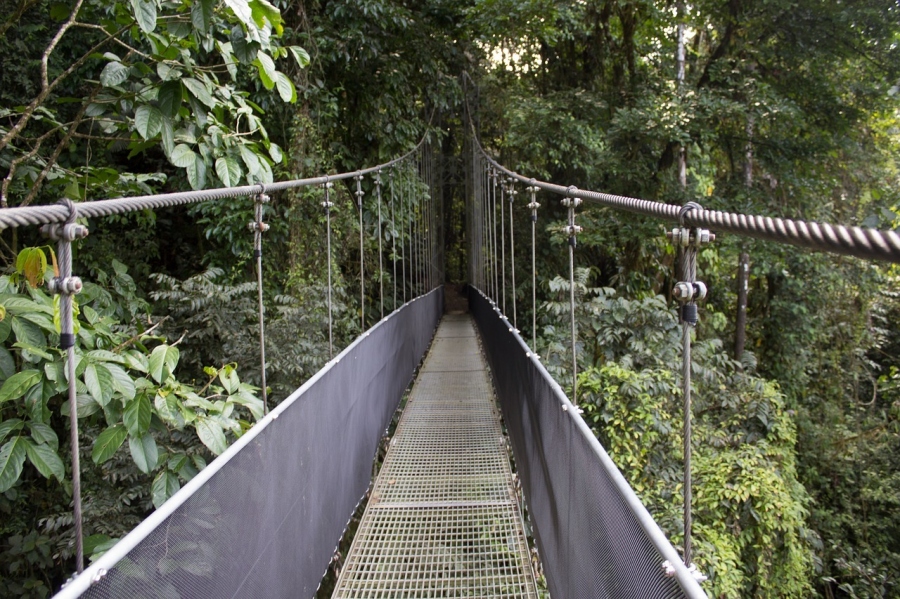 Along the Pacific coast of Costa Rica, the jungle winds down through to the shore, and you can find monkeys and parrots all noisily making themselves heard. Costa Rica (literally translating to ‘Rich Coast’) is also bordered by Nicaragua in the north and Panama towards the south-east, as well as Ecuador to the south of Cocos Island.

Home to nearly five million people, Costa Rica spans just over 50,000 square kilometres, or almost 20,000 square miles. Over 300,000 of the residents live in its capital San Josė (and largest city). Costa Rica is well-known for its stable democracy and for its well-educated workforce, many who speak English. The country spends around 6.9% of its budget on education, compared to an average globally of 4.4%, so has a good ethos on education. Much of its trade other than coffee is linked to tourism.

What to do in Costa Rica

What can you do when you get to Costa Rica? Well - there’s plenty. The volcano Arenal in the north rises from the forest and Lake Arenal. Ruggedly gorgeous surroundings with a cloud-forest make up one of Costa Rica’s conservation areas with great biodiversity and you may see half of the known species of mammals, reptiles and birds in the country in this one place. It’s worth the visit. You can top it off with a trip to the sleepy town of La Fortuna. This region has caves, waterfalls and thermal pools and is a true haven away from the hustle-bustle.

Arenal is a great area to explore on foot, cycle or by other means. You can take a hike up the great crater, climbing through forest upon forest to reach the lake at the summit of Cerro Chato volcano. If you’re feeling enthusiastic, then take an abseiling experience descending into a jungle gorge with ropes, dipping and diving through the waterfalls.

Eastwards from San José (via by boat) is the partially submerged Tortuguero National Park, with its network of canals, swamps and lagoons which boasts lots of tropical vegetation. Here you will find monkeys, iguanas, sloths, poison dart frogs, river otters, and lots of species of birds.

The capital city of San José

San José itself is full of fun. Every Thursday young jugglers get together at the Parque Morazan and juggle, accompanied by percussion music. This is a free public event. The main thrust of the area is the ‘downtown’ region, a range of streets filled with busy traffic adorned along the sides with unusual, historic architecture. This area is full of honking horns and busy downtown attitude, but at a closer look you'll find the people very friendly and willing to help, peculiar but intriguing spots. The city has many tours, but a walking tour is the best way to see San José. Other tours include golf, the butterfly farm, coffee farm, canopy, white water rafting, volcano and waterfall garden tours.

Some other activities you can do involve swimming below a Costa Rican waterfall, soaking your body in the hot springs of Arenal, taking a nature trail across Arenal’s hanging bridges, or visiting Caňo Negro Wildlife Reserve. Nearby, you can even take a Caribbean cruise, if you fancy an extra week or two before returning home.

If you thought you were going to go somewhere else this year, you’d be forgiven for not knowing what Costa Rica has to offer. Only when you know of its deep open democratic history, its fun people and wonderful landscaping, and experienced its coffee-to-go, have you felt the true flavour of the country.

"I respond to every comment by private email. So please leave me comments, I love chatting to you" - Josh Bender
Posted by Brandon on Jul 5th, 2018
I had visited to costa rica few months back but. A lot of memories & one of the most i will remember for life time is when i had a catamaran tours and snorkeling experience from Lazy Lizard Sailing !