Different places evoke different feelings. There are snow-clad peaks that make us sigh, windswept beaches that make us smile, and poignantly beautiful scenes that make us want to snap pictures with sheer abandon.  While photo-worthy destinations exist the world over, some are so otherworldly photogenic you feel an urge to immortalize them.

When you are in such a place, artistry takes over, and all you can think of is your camera, the beauty of the moment, and how everyone at home will be so jealous of your solo travel. Whether you are a professional, a newbie, or a selfie-stick-yielding work-in-progress, here are five destinations where you can go on a snapshotting spree.

No other country in the world has mastered mixing old and new like Japan. On the surface, it looks exceptionally modern, but you will be pleasantly surprised to learn how much of the country's traditional culture remains. 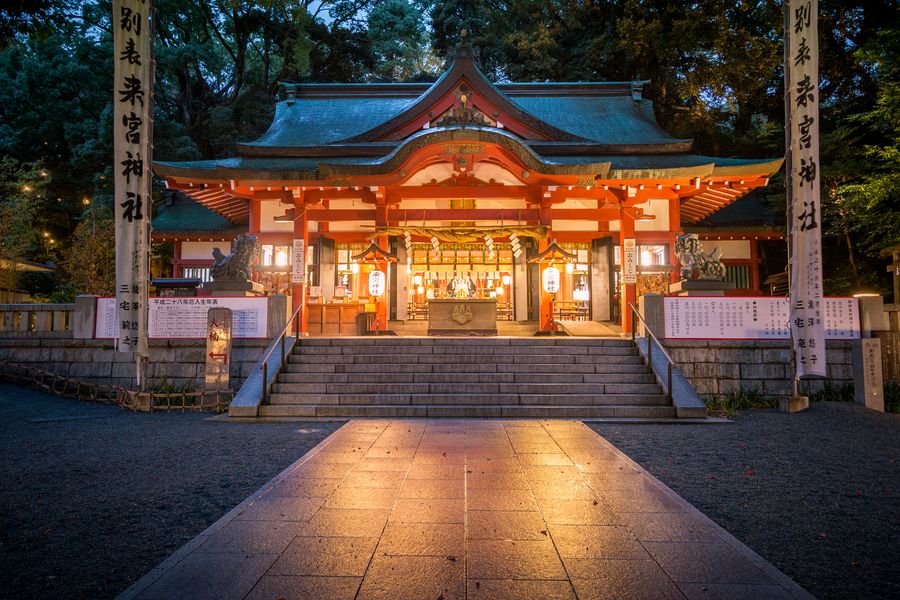 Tokyo is perfect for photographers who want to capture the contrast between skyscrapers, futuristic towers, and glowing neon lights with old landmarks such as the Imperial Palace, Sensō-ji Temple, and the Meiji Shrine. Kyoto abounds with golden temples, majestic shrines, peaceful rock gardens, lush bamboo forests, and wooden teahouses, where you can join in an elaborate tea ceremony. You can watch cherry blossoms at the Nishinomaru Garden in Osaka, hike the Kumano Kodo Trail through the mountains of Kii Peninsula, see the 15-meter-tall Great Buddha of Nara, and laze on a beach in Okinawa.

To make your trip even more memorable, spend a night in a ryokan, a traditional Japanese inn. Sleep on futons and tatami mats, then wake up to a healthy and filling homemade breakfast.  Ryokans are typically nearby a hot spring or onsen, so you can soak in a soothing geothermal bath to unwind after a long day.

Imagine the maze of narrow cobblestone alleys, the cluster of whitewashed houses on cliffs, the host of colorful boats bobbing on the tides.  Combine these scenes with picturesque waterfalls and pristine lakes surrounded by lush greenery.  Croatia is so out-of-this-world beautiful it is hard to believe you have not died and gone to photographer heaven. 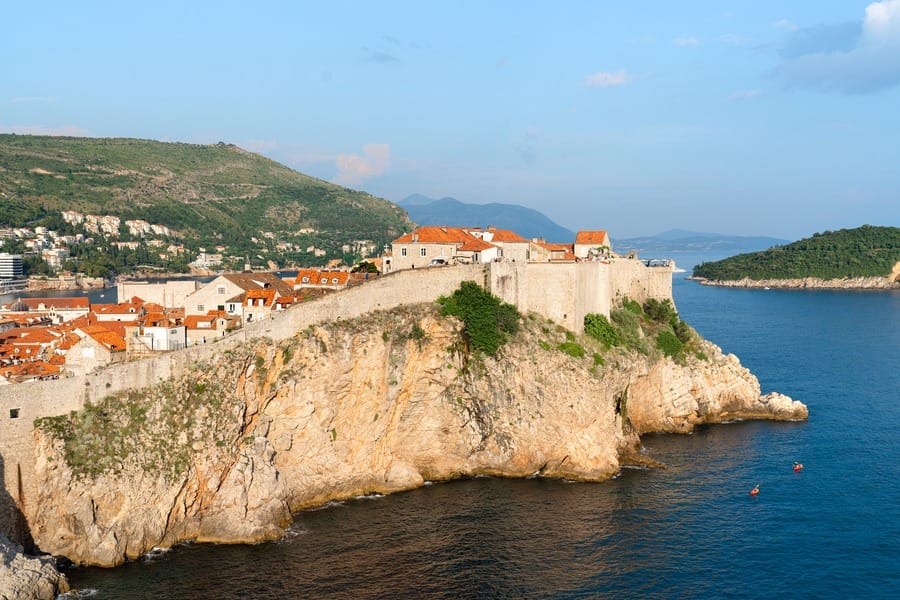 With so many photo-worthy sites, your dilemma would be where to start taking photos. Good thing, you can join a guided photography tour of the country's must-see attractions, including medieval cities, coastal villages, and bewitching beaches. Capture on film the Diocletian's Palace in Split, the pastel-colored Venetian architecture in Hvar, and the splendid structures in the Gornji Grad area of Zagreb.

Make sure to visit Croatia’s fabled natural parks.  The most famous of these is the Plitvice Lakes National Park, which is home to 16 interconnected lakes and 90 waterfalls.  The Krka National Park, with its 17 waterfalls, is equally stunning. Kornati is a marine paradise with 89 islands along 238 kilometers of coastline while Risnjak is suitable for rock climbing with its limestone cliffs and rugged mountains.

What better way to commune with nature than by taking a Europe eco camping holiday?  Croatia has plenty of outstanding locations perfect for pitching a tent.  Many campsites feature luxurious but environmentally-friendly lodgings as well as spaces for motorhomes if you want to keep your photography mobile and spontaneous.

The imposing snow-capped summit of Mount Kilimanjaro towering over the vast grassy plains of the Serengeti – Tanzania’s landscape can’t get any more dramatic than that.  Here you have diversity at its finest, from rainforests to deserts and glaciers to tropical beaches.

Tanzania is one of the best safari destinations in Africa, if not the world. The UNSECO-protected Serengeti National Park shelters over a million animal species, including the famous big five, lions, leopards, elephants, buffalos, and rhinos.  Every year the Great Migration occurs in the Serengeti when millions of wildebeest, zebras, gazelles, and other mammals traverse the plains looking for greener pasture.

The photo-worthy Selous Game Reserve, which covers 50,000 square kilometers, is the oldest and largest wildlife reserve in Africa.  Among the reserve’s most famous residents are African bush elephants, black rhinos, hippos, lions, cheetahs, giraffes, buffaloes, and Nile crocodiles.  It also is home to over 400 species of birds and has the highest concentration of the endangered East African wild dogs.

Although safaris are the main attraction of Tanzania, there are other places to explore.  Escapade with your camera to the beaches of Zanzibar, then wander around the capital’s Stone Town.  Paddle across a lake in the Rift Valley, trek the Ngorongoro Crater, buy souvenirs at a Maasai market.  If you are up for the challenge, climb Mount Kilimanjaro.  The views are incredible from the roof of Africa.

There is no doubt that the Galapagos is one of the most enthralling places on earth, with its extensive wildlife, rich ecosystems, and unique landscapes.  If you love nature photography or are dabbling with the idea, this group of isolated islands should be on your bucket list.

The best way to see as much as you can, especially the smaller and more secluded islands, is on a cruise, so be ready with your sunscreen and camera, and hop on a boat. Keep your eyes open for the famous but somewhat elusive Galapagos penguin. As there are only between 3000 to 8000 left of these guys, they are a rare find. Be sure to snap a pic without hesitation if you see one. If you are lucky, you might also spot the shy fur seals taking shade in rocky pools.

Another well-known island resident are the marine iguanas who usually hang around on rocks and in the water.  Then, there’s the Galapagos Sea Lions, who love to take center stage, lounging on the sand, docks, empty boats, and practically everywhere. But the most famous animals on the island are the giant Galapagos tortoises which could weigh up to 417 kg as adults. The best place to see them is at the Rancho Primicias, an animal sanctuary in Santa Cruz. If you want to discover more wildlife, take a trip to the Galapagos tour cruise with Rainforest Cruises, where you can tour the the best photography spot from a comfy position.

The Galapagos beaches will make you want to lie on the sand all day but don’t give in to that temptation. Explore! See the Pinnacle Rock up close on Bartolome Island, discover the pirate cove on Fernandina Island, learn the story behind the Wall of Tears. Then go bird watching at the Los Gemelos and Scalsia Forest, buy handmade wares at the Maki-Art Gallery, leap from a cliff at Las Grietas.

Mount Everest is probably the first thing that comes to most people’s minds when they hear Nepal.  But there’s more to Nepal than that.  This tiny country is a burst of colors: snow-capped mountains, deep blue lakes, emerald green forests, golden tinted stupas, bright crimson sunsets.  Then, there are the prayer flags of blue, white, red, green, and yellow hanging from temples and blowing in the wind.  And the vibrant street markets that abound with crates of colorful fruits, local handicrafts, and rich fabrics.

A trekker’s paradise, Nepal offers countless trekking opportunities along some of the most scenic, albeit challenging, trails in the world.  Experience a hiking tour and be amazed by the surreal and sundry splendor of the Himalayan foothills.  If you are up to it, ascend the summit of Everest, or at least the Everest Base Camp.  Along the way, you will pass traditional Sherpa villages, where you can meet friendly locals, learn about culture, and sample exotic but delectable dishes.

For some adrenaline-pumping action, head to Pokhara, the country’s adventure capital, and try bungee jumping, paragliding, mountain biking, or zip-lining.  You are guaranteed to get a lot of memorable photos here, if not a few awkward ones.  For a tropical jungle safari, take a detour to the Chitwan National Park to see a one-horned rhino or Bengal tiger.

Such a nice blog! this places will be added to my "bucket list Adventure" thank you for sharing and keep posting!