We fell for London hard during last year's summer, that we ended up staying for winter. Paul is completely right and letting you know that these are hot spots this summer.

Europe is home to many of the world’s most iconic and visited cities, each holding its own unique historical and cultural offerings. You have the Mediterranean cities with their relaxed but vibrant atmosphere, the Northern capitals with their stately architecture, and the Atlantic regions with their chic and posh coasts. Whatever your preference for a holiday destination, you’re bound to find a European city that will suit your holiday needs. Here are five of the best destinations Europe has to offer this summer.

Shakespeare’s Globe, the Tower of London, Big Ben, St. Paul’s Cathedral; the list of world-renowned sites in the capital of England seems endless. And when summer comes around there is nothing Londoners enjoy more than heading out to the beautiful Royal Parks to picnic and enjoy a drink or two with friends. Be sure to also check out the 2015 summer Hyde Park concerts, that will feature the likes of Blur, Taylor Swift, The Strokes, and The Who.

Similar to London, Madrid is a big, sprawling metropolis filled with historic architecture and green spaces like Parque del Retiro. To make the most of your Madrid city breaks you should pick and choose the sites and activities that most appeal to you. For art enthusiasts the Museo Nacional del Prado is one of the world’s great art museums, whose walls are filled with works from Velazquez, El Greco, Titian, Ruben, and Bosch; though perhaps the city’s most iconic painting, Guernica, is located down the street at the Reina Sofia Art Centre. Try and visit Madrid during the 2015 Veranos de la Villa Fringe Festival, a cultural event of music and dance. 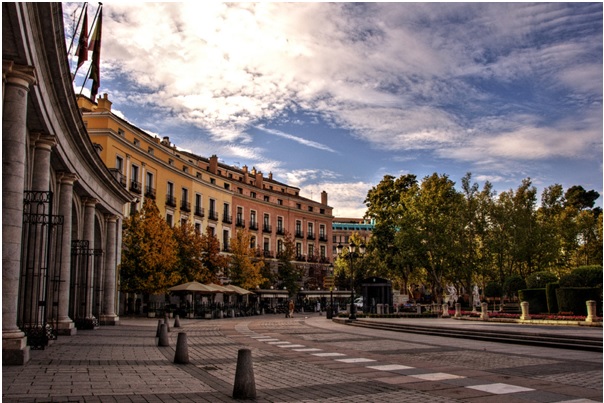 Image by Felipe Gabaldón used under the Creative Commons license.

If you’re after a weekend in the city with some beach options, than Barcelona is a great choice. The city has numerous beaches, some bustling with locals and others, slightly outside the city centre, that are less busy and more relaxed. This summer the city is home to the wonderful Gaudi Nights at Torre Bellesguard, a 47 night long al fresco summer concert series featuring the best Blues, Jazz, Flamenco, and World Music.

Strolling the Champs Elysées and visiting sites like the Louvre and Eiffel Tower are staples of Paris, but if you’re looking to escape the crowds, try something a little more off the beaten path. The Musée de l’Orangerie in the Jardin des Tuileries, is home to the most astounding layout of Monet’s water lily paintings. This summer the city is also primed for fun with a set of summer concerts and Parc de la Villette’s, Cinema Au Clair de Lune, and outdoor movie series.

The capital of Sweden, with its long summer days and shimmering blue waters that surround the city’s islands, is a top choice for a summer get away. This old Viking city is full of rich history, and trips to sites like the Vasa Museum with its early 17thcentury salvaged war ship, as well as the Nobel museum, which showcases the famous work of its laureates, are great ways to take in the culture. And with hugely popular music festivals like Way Out West, and Summerburst kicking off in 2015, there is no better time to visit Stockholm.