A light-hearted travel piece by Lucy. A common occurance on most family vacations. We've dealt with tantrums from up high and breakdowns in gardens, luckily no arguments, yet. But I am forewarned!

“I think you’re all beeped in the head.

We’re ten hours from the beeping fun park and you want to bail out. We’ll I’ll tell you something. This is no longer a vacation. It’s a quest. It’s a quest for fun. I’m gonna have fun and you’re gonna have fun. We’re all gonna have so much beeping fun we’ll need plastic surgery to remove our goddamn smiles. You’ll be whistling “Zip-A-Dee Doo-Dah” out of your beepholes! I gotta be crazy! I’m on a pilgrimage to see a moose. Praise Marty Moose! Holy Beep!”

At times I look at my family as though they are a horde of aliens that have abducted me from Planet Normality. When I speak to them it’s as though I’m speaking in tongues. Concepts are lost, common sense becomes a foreign notion, and I end up on the verge of tears fighting the urge to bang my head upon the refrigerator door.

Death by suffocation with terrible attempts at coloured- in artwork from the little people, on some days, seems like the solution of the decade.

I go out of my way to organise fun, educational activities to keep their young minds occupied, and for the most part it always ends in tears. Mine.

I think about giving up, Instead, I try to bake with them in the kitchen – a nice bonding experience between mother and babes. Or so you’d think.

“I want to stir the bowl”

Enter the tears, and violence.

I WANT to say, “You can both beeping stir the beeping bowl you beeping soul sucking, inconsiderate, unappreciative, devil children!!!”

No, instead I reply, “You may both stir the bowl, one at a time please. Learn to share or you will not be able to help me in the kitchen in the future.”

I would rather stab my eardrums with pencils than hear them go at it.

The whinging, the crying, the juvenile stupidity of the argument all gets a bit too much for me and I can feel my insides start to broil.

Logic goes out the window for them, so the usual “If you can’t play nicely together, then don’t play together at all.” comes into full effect, but of course all efforts for reasoning are futile.

I have to separate them, although their obsession with each other is a force to be reckoned with. It is guaranteed that they will find their way back to together within a span of five minutes.

What happens when negative ions meet? 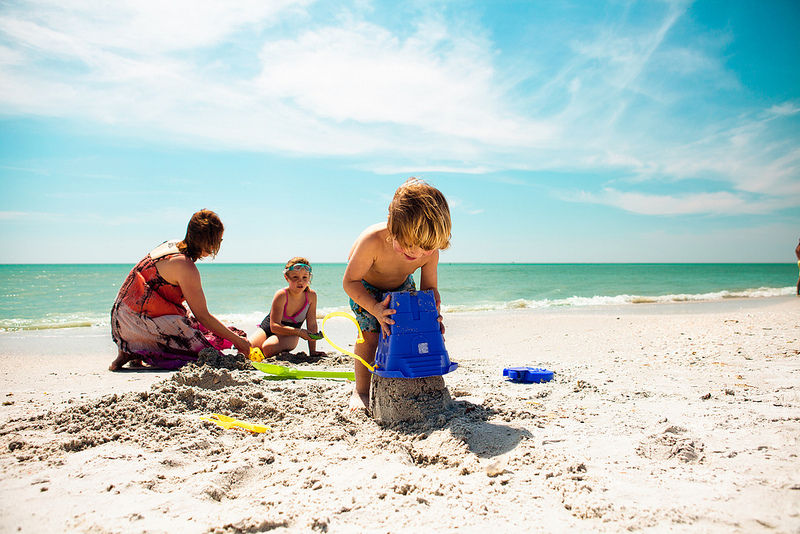 And so we are trapped once more in this vicious cycle that is sibling rivalry.

It takes all my strength not to be disillusioned by the whole concept of having children, when every little situation becomes a shit fight. I understand that with four children under my belt, it’s a little late to be having second thoughts.

Some days I crave knocking some sense into their tiny little minds and say grow the hell up already, you’re acting like children!

Then it hits me.

They are learning all about emotions, discovering how to handle the passions of their execution and how to react when someone else’s emotions are angled in their direction.

I am an adult.

To this day I am still learning how to keep control of my emotions. How on earth and why on earth would I expect my children who are six and under to suck it up and simply adapt?

They don’t understand that Mummy is tired.

And why should they understand?

They are so young.

Let them be young.

Let them enjoy the freedom of hitting each other because one took the other’s Toy Story cup,  even though both cups are identical.

Let them get worked up over trivial things that they really won’t care about in the next five minutes.

Let them cry at the drop of a hat and then laugh in the same instance without anyone thinking anything of it.

One cannot do any of these things when one gets older.

Emotions must be stifled.

You cannot hit a co-worker when they take your bloody pen, and even though they deny it, you know they’ve taken it because now they have two and you have none.

It is not appropriate to become overly sensitive about something that matters a great deal to you as an adult, especially when it affects no-one else directly.

You cannot cry at free will and then laugh wholeheartedly without someone thinking you are mentally unstable.

I have no idea how to deal with the ongoing issue that is sibling rivalry, and stay sane in the same instance. We are taking a family holiday at the end of the year, which should prove interesting to say the very least.

I would very much welcome any suggestions at how to handle sibling rivalry whilst travelling, just in case there are no palm tree's where we are heading.

Until then, I suppose that my husband and I will continue with the emergency contingency plan that we have in place, which announces to each other when either of us have had enough.

It’s unorthodox, but it makes light of an otherwise dark situation. We simply take a moment out of our day, and utter the words that resonate in our hearts:

“I think you’re all beeped in the head.” 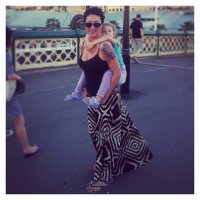 Romina Garcia is a mum of 4 and columnist at Mum¹s Lounge, the leading
national website for mums.  You can read more from Romina and other
columnists at mumslounge.