How I love Italy. It is one of my most favourite countries ever since I went in 2001. And this year we are headed back. Love that I now have some hidden gems to find.

Although it may seem like every inch of Rome is packed with tourists, there are still some spots where you can lose the crowd while experiencing wonders that the thundering herds miss! Here are a few of Rome’s most precious hidden attractions:

Apparently, 3-D graphics are nothing new, as fascinating Church of Saint Ignatius of Loyola at Campus Martius makes clear! On the ceiling are exquisitely conceived artworks that, when viewed from the proper perspective while standing on the gold star in the floor, appear to be multi-dimensional when in fact they are painted on a flat surface. Artist and mathematician Andrea Pozzo spent sixty years perfecting his trompe l'oeil techniques to create the ceiling frescoes that provide the illusion of looking into a bright blue sky filled with ascending angelic figures. Another of his paintings, viewed from a different marker, creates the impression of a sparkling crystal dome overhead. Free to the public and rarely crowded, the church is open daily 7:30am - 12:15pm and 3:00pm - 7:15pm and, unlike many other churches in Rome, photography is permitted.

One of the most interesting museums in Rome, Centrale Montemartini, is often overlooked by tourists because on the surface it sounds rather boring. Housed in one of Rome’s first electrical power stations at Via Ostiense 106, it centers on industrial archeology but weaves in some fascinating examples of classical Roman (and Greek) art amid the turbines and engines on display. Expect to see dioramas that reconstruct famous battles and frescoes of triumphal processions commissioned by proud conquerors. Open Tuesday through Sunday from 9:00am until 7:00pm, the entrance fee is quite modest with no admission charge for students and senior citizens. 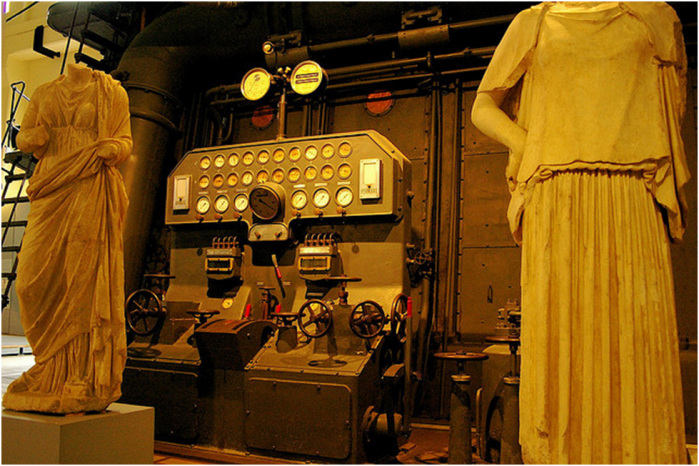 An ancient Roman “leisure center,” the Baths of Caracalla have survived wars, earthquakes and looting to remind modern visitors that personal hygiene was once a community affair. Besides the elegant bath houses that consisted of warm, hot and cold water plunge pools, this 27-hectare sprawling complex also accommodated libraries, gymnasiums, restaurants, art galleries and even brothels! Although most of the building is deteriorated and there is very little signage to explain the history of the place, the impressive civic engineering is still obvious. Visitors who want to know the juicy details can download the ItalyGuides audio tour app that explains the past and current functions (it’s been used as an opera house in recent times) that this building has served since the 3rd century. Located an easy walk from the Circo Massimo at Via delle Terme di Caracalla 52, the complex is open on Monday morning from 9:00 am until 1:00pm and Tuesday through Sunday from 9:00am until an hour before sunset, with a modest admission that is good for seven days, so you can return often to explore more of this fascinating venue that has hosted everything from the Three Tenors to the 1990 Italian World Cup! 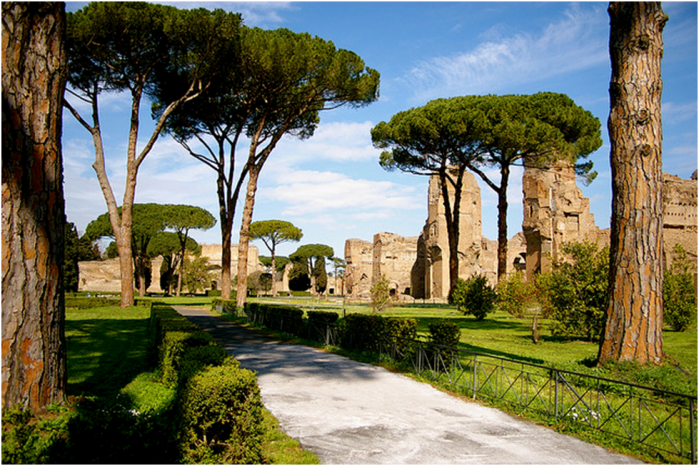 Sure, there are plenty of places in Rome to get fresh-made gelato, but they seem a bit boring compared to the offerings at Gelateria del Teatro! For example, who would have thought that rosemary, honey and lemon gelato would inspire customers to compare to a fine wine for its delicate flavors and floral finish? Although it is often referred to as a hole in the wall stuck down a back alley, it’s worth the trip to Via di San Simone 70 to treat your taste buds to a flavorful feast!

Itinerary written by Lela Lake, a travel writer for HostelBookers. HostelBookers provide luxury style but cheap hotels in Rome and other global destinations.

Thanks to teldridge+keldridge for the images off Flickr. Please note, at time of publication all images were suitable for use according to the Creative Commons license”