We have never visited South Africa, but if there was one man that put it on the map on our bucket list, Nelson would be it. Here is our guest post tribute to the man.

Twenty years ago, South Africa was a country of racial segregation, poverty for the majority of its citizens and denying black people basic human rights. Looking at the country now however, this has all changed thanks in large to Nelson Mandela. He is now the most popular figure in South African history, and the tragic news of his death has seen waves of support throughout the world for his amazing accomplishments. 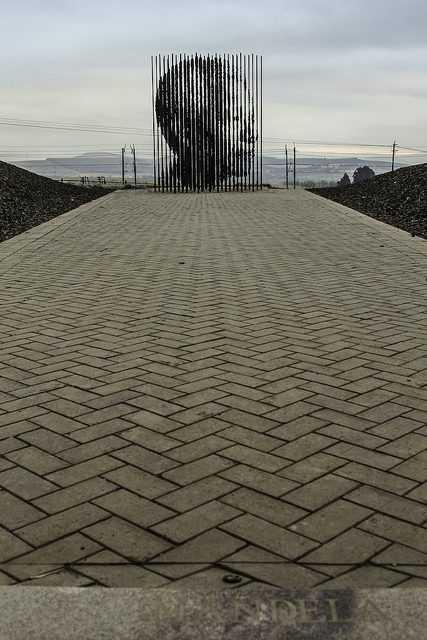 End of the Apartheid

The apartheid’s effects of enforcing racial division and denying black people basic rights such as the right to vote continued until Mandela was released from prison in 1990. Upon his release, he entered into negotiations with the then president Frederik Willem Klerk and the result was the end of the apartheid, marked by the 1994 elections in which all citizens were allowed to vote.

Life could have been a lot different for South Africa and Mandela if the civil war was not avoided. After his release, although he had entered negotiations to end the apartheid, the African National Congress continued its historical commitment to use violence to end segregation.

In 1993, the ANC senior member Chris Hani was assassinated by a right wing white extremist, creating fears around the world that the country would be heading for civil war. However, Mandela issued a statement appealing for calm in favour or pursuing a path to freedom through his negotiations. He was awarded the Nobel Peace Prize for his actions in 1993.

His successes with ending the segregation in South Africa also had wider implications for the country, namely turning it into a democracy. While black people were now allowed to vote, they were also able to find jobs in sectors they could not have dreamed of beforehand, such as politics.

It also boosted the country’s economy, as prior to the changes South Africa was being punished by sanctions such as trade embargos and the banning of direct flights. With the shift to democracy, these restrictions were lifted. If you search for flight specials on Cheapflights you gain a chance for a great deal on a holiday in this newly democratic country and experience Mandela’s life work in person.

Arguably one of the biggest achievements that can be attributed to Mandela was ensuring that the future of the country was peaceful. With the emergence of black people securing jobs in positions of power, it would have been all too easy for the crimes of the past being punished with future laws and actions.

Mandela was very vocal about how the actions of the past should be forgiven, including his 27 years in prison, and this resulted in the establishment of a Truth and Reconciliation Commission that investigated human rights violations, creating a stage for grievances to be vented.

With the rate of HIV and AIDS being the highest in the world in South Africa, Mandela set about creating charities such as the Mandela Foundation and the Nelson Mandela Children’s Fund to help raise awareness, fund research and care for those who were already inflicted with the illnesses. His work was so successful that the United Nations declared that Mandela’s birthday would become a worldwide day known as the Nelson Mandela International Day.

Jamie Klint is an avid traveller from the United Kingdom. He enjoys visiting new countries and tasting the cuisine.