Is It Really Possible to Save on Hotel Bookings Using Incognito Mode in Your Browser?

We do this! Jesse is spilling the beans on how to beat the industry secrets. Tell me if it worked for you?

At some point, we’ve all walked into some retail establishment, taken note of a price, and scratched our heads thinking, “That’s so much cheaper at the exact same retailer by my house.” It happens so frequently, in fact, that we hardly think about it past making a mental note to buy where it’s cheaper.

When we shop online – we have a similar thought process. Wec want to find the best and will find the website that will offer the best deal. However, there’s something we’re forgetting – locations. That retail establishment – the same establishment – had two different price points at two different locations – why? And why hasn’t it really occurred to us that the very same thing might be happening online? 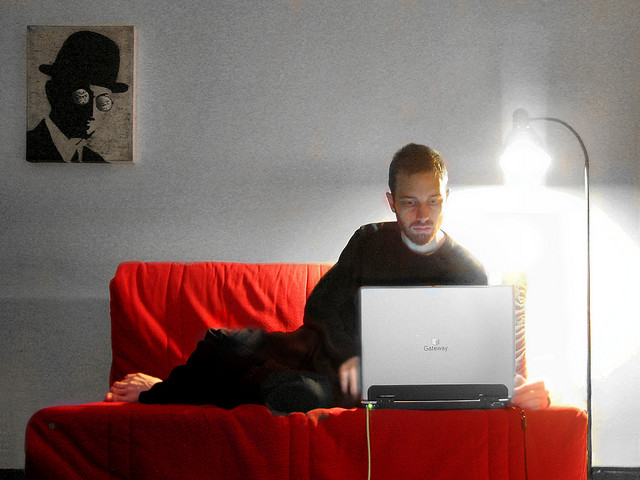 Dynamic Pricing is the name of the game here and it was first put into practice by the popular online retailer Amazon, as a test run on DVD sales, back in the year 2000. Users signing in from various locations would see various price points on the Amazon website for the same DVDs – for example, Amazon sold the second season X-Files box-set at $89.99, $97.49, and $104.99; which price you saw depended on where you were!

At the outset of this practice, consumers were outraged and other retailers interested in the model quickly backed off, fearing they’d lose their consumer base. At the time, it seemed like the idea just kind of faded away, but it most certainly didn’t – retailers just decided to be quiet about it.

By 2005, it became apparent that 70% of online consumers had no idea that this practice was still alive, well, and being used by numerous computer and camera retailers – as reported by a study performed by the University of Pennsylvania. It took until 2010, however, for dynamic pricing to really begin spreading to other retailers.  You can try out the incognito trick for yourself at the Accor website.

Below is a piece written by Slate, a popular news media website, on the subject:

One computer scientist who builds smart sites for online retailers—with a nondisclosure agreement, hence the anonymity—says that concerns about different customers getting different price quotes for the same good are probably overblown. Some retailers do it, particularly when gauging the market for certain items… major retailers are getting much more sophisticated and subtle about ways to game their shoppers. It’s common for big retail web sites to direct different users to different goals, offers, or items based on their purchase histories or cookies… and companies frequently offer special deals for customers with a few items in their shopping bags—from discounts on additional items, to free shipping, to coupons for their future purchases. Ingenuity, rather than price-tampering, is now the name of the game.

In 2012, the dynamic pricing phenomenon had grasped such a firm hold on online retail that The Wallstreet Journalreported about the practice, reported Slate:

The Journal identified several companies, including Stamples, Discover Financial Services, Rosetta Stone Inc. and Home Depot Inc., that were consistently adjusting prices and displaying different product offers based on a range of characteristics that could be discovered about the user. Office Depot, for example, told the Journal that is uses “customers’ browsing history and geolocation” to vary the offers and products it displays to a visitor to its site.

How does this whole thing work? Essentially, an online retailer will analyze the income for a specific area and adjust prices accordingly. If you live in an area where income levels tend to be higher, but your own income isn’t the average, you could be paying way more than you should.

How to Get the Best Deal – Go Incognito!

As an online consumer, you may feel powerless to stop the madness, but you can simply outsmart it, which might be the better play. Not all consumers are going to see dynamic pricing as a bad thing – they might be in an area where they’re seeing lower prices because of it, so why would they make a fuss?

If you want to make sure you’re getting the best deal possible, here’s a few things that you can do all on your own to take care of you and your pocket book:

Most modern browsers have this as a built-in option. Online retailers are able to track your cookies to discover your online spending habits – they use this data to price according to location. Ever wonder why you see ads for something you just searched for? It’s your cookies – they’re like little birdies, flying back to the retailer with juicy details.

An easy solution is to designate one browser for your shopping, put that one into incognito mode, and then do everything else that you enjoy the use of cookies for in another browser.

Your IP Address has location information embedded within it; retailers can find out your general location just through the IP.

Some retailers, like Orbitz, will offer different prices to different devices and operating systems. If you have a Mac, check prices from a PC; if you have a smart phone, check to see if you’re offered a different price than on a computer. You might be surprised!

Jesse Hughes is a freelance travel journalist, specializing in the accommodation industry. He has been traveling the globe for over half his life, covering Europe, Asia & the Americaas in his travels so far. Jesse is currently traveling his way around Australia & plans to head to New Zealand shortly after.