Leaving The City: JustFly’s Guide To Attractions Outside Of Toronto, Ontario

Oh, Toronto, how we love you. We spent two weeks in Toronto and Keith has me just wanting to jump back on a plane and head there again.

Toronto, Ontario is a huge, huge city. The Greater Toronto Area is home to over six million people and growing. With that said it should come as no surprise that the city is loaded with great things to see and do. From the CN Tower and Rogers Centre downtown, the Toronto Zoo in the East, and neighbourhoods like Kensington Market, China Town, and Queen West scattered across the blocks of the city, Toronto can be an imposing city to visit due to its breadth of activity and its sheer size. Unfortunately, you would doing yourself a disservice by sticking around in the city’s limits. The area surrounding Toronto is vast, one of the warmest areas in Canada, and features some of the most beautiful surroundings you can find in the country. So, where does one start when it comes to nailing down some out of city activities? To find out I spoke with JustFly. An online travel company, JustFly was able to put together three must-see attractions outside of The Big Smoke.

Located in Vaughan, Ontario, Canada’s Wonderland isn’t just one of Canada’s best theme parks, but also one of the best in the world. In fact, it has 16 roller coasters. This ranks it third in the world in terms of number of coasters in one park. Opened in 1981, the park is open full-time from May to September and weekends in April and October (October visits come highly recommended as they deck out the park in Halloween decor). Additionally, Canada’s Wonderland features a water park to cool off in the Summer. In terms of famous coasters, Canada’s Wonderland is home to Leviathan. This roller coaster is the largest in Canada and the eighth largest in the world, reaching speeds of 92 miles per hour and featuring a drop of 306 feet according to JustFly’s review. Not for the light of heart, that’s for sure. 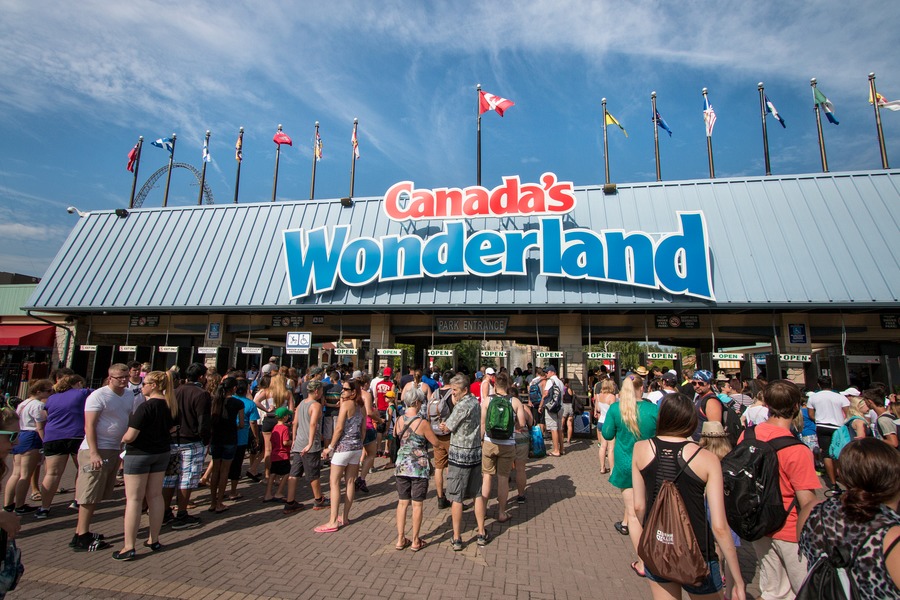 While this term is rather broad, Ontario’s Cottage Country lies just North of Toronto and encompasses a large area that begins unofficially in Wasaga Beach, Ontario and extends North to Algonquin Provincial Park. This area is famous for being a weekend retreat from the city. Primarily a Summer home area, there are some areas, like Collingwood, Ontario, that encourage Winter tourism for skiing adventures. But, for the most part, this area is famous for campfires, relaxing, and enjoying the outdoors.

Located just West of Toronto in the small city of Stratford, Ontario is the famous Stratford Festival. A Shakespearian festival, the Stratford Festival brings together the best stage hands, actors, and directors in the industry to put on some of the best productions in the country. Taking place from April to October, the festival stage has been graced by the likes of Sarah Polley (Dawn Of The Dead), William Shatner (Star Trek), and Alec Guinness (Star Wars). The festival itself has been running since 1953 across four centrally located theatres in the city.

Keith Holland is the Community Manager for Momentum Ventures in Montreal, Quebec, Canada. Keith is a graduate of Humber College's Journalism Program in Toronto, Ontario, Canada.
Share with friends Tweet this Pin this