Sarah approached me after reading our post The Threat of Heading "Home" where we quoted Lin Yutang. Turns out she knew a lot about this person I was quoting. Enjoy!

“No one realizes how beautiful it is to travel until he comes home and rests his head on his old, familiar pillow.”
― Lin Yutang

As travel bloggers we’ve all read and understood this quote at some point in our nomadic lives. We know that we are lucky to be doing what we love and appreciate any time that we get to spend at home with friends and family.

So you can understand my surprise to find out that Lin Yutang was born just outside of Zhangzhou, Fujian, China, where I spent 18 months living as an English teacher.

There is even a museum, around 15 minutes on the number 9 bus out of the centre of Zhangzhou itself, surrounded by a beautiful walk in a banana plantation, which I had the pleasure of visiting during the height of summer. 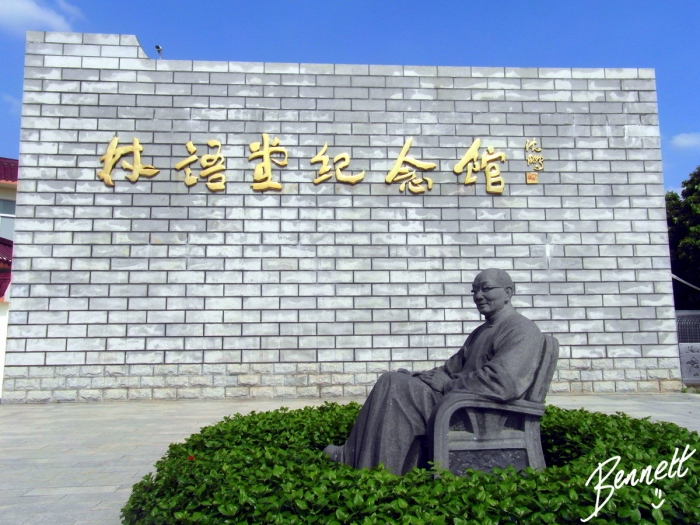 Behind the well-known travel quote we see on Facebook and Instagram nowadays, however, was a life ensconced in academia all around the world, including studying at St John’s University, Shanghai, Harvard University and the University of Leipzig. He also became a lecturer at Peking University.

He also developed throughout his life religiously, the journey of which was the subject of his 1959 book, From Pagan to Christianity; he began as a Christian, due to his father’s influence but grew away from it due to a conflict with personal identity. Later he became interested in Buddhism, Confucianism and Daoism before eventually returning to Christianity. In total, Lin Yutang wrote over 40 books in both English and Chinese, which have also been translated into many other languages, including “A Moment in Peking,” which discusses the rise of nationalism and communism and “My Country and My People,” describing traditional Chinese culture and customs for the western reader.

Perhaps what Lin Yutang is most famous for is the invention of the Chinese typewriter, which was patented in 1946. A feat in itself because of the thousands of different characters, some made up of over 30 intricate strokes, the typewriter could produced 90,000 characters with a press of just a few buttons. didn’t actually work when being presented.

Lin Yutang never gave up on inventions however, as there were also other drawings he did including a toothbrush which dispensed toothpaste.

The museum itself was surprisingly easy to understand as the information boards were in English and Chinese, a rarity in the back and beyond of Fujian province. Having my interest piqued in the life of Lin Yutang, I would have loved to have a bought one of his books there and then. However, this sales opportunity was not present, and maybe welcomingly, unlike many western museums nowadays. There were plenty of copies of Lin Yutang’s texts on display however.

For a pretty small but unique museum it was very interesting. A visit to it is not complete without wandering around the banana plantation, where there are also statues of Lin Yutang in various stages of his life. 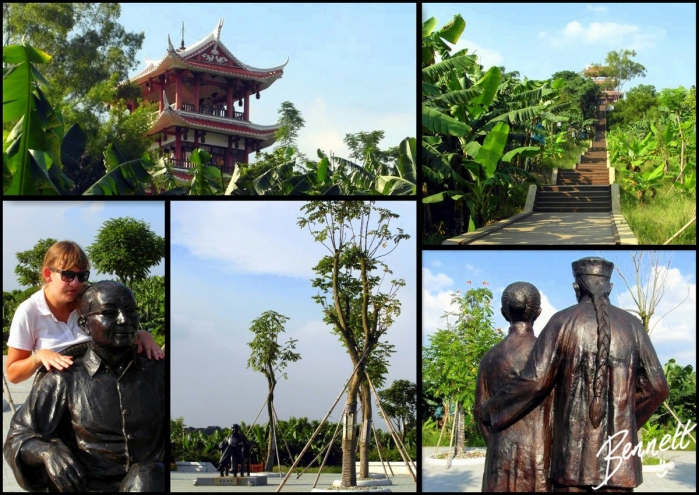 I leave you with another great quote of Lin Yutang, one that we can all take to heart, no matter where or what we are doing in life:

“There is so much to love and to admire in this life that it is an act of ingratitude not to be happy and content in this existence.” Lin Yutang, Pleasures of a Nonconformist 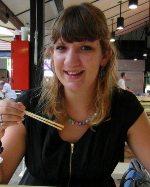 Sarah Bennett from The Further Adventures of Bennett planned to spend 6 months teaching English in China and left 2 years later. She can currently be found residing in New Zealand, having swapped teaching children English for babysitting dogs and cats and you can follow her on Twitter.

To read more about Bennett’s Chinese experience, head over to Amazon “Add Your Brick to the Great Wall” which is a collection of experience and advice for anyone wanting to live, work or travel throughout China.

"I respond to every comment by private email. So please leave me comments, I love chatting to you" - Josh Bender
Posted by Bennett - The Further Adventures of Bennett on Dec 12th, 2013
Thanks for having me, Erin!