Perhaps The Best Restaurants In Boston

Boston is on our list of places to visit and we have flights booked in June 2013. Now, thanks to Kristy, I am prepared for what and where to eat! We are big foodies as you can see in our food photo albums of every place we go.

There's nothing better than jetting off to new places and sampling the best local food, in my opinion. If you're planning a trip to the US in the near future and you fancy finding yourself a foodie paradise, I recommend travelling to Boston. For me, this is one of the most exciting cities in the country; not only does it have incredible cuisine, but it's also packed with fascinating historical attractions. However, today's post is all about edible delights, so I promise to keep my attention firmly focused on the former!

Below, you'll find a list of what I think are some of the city's best restaurants. Boston possesses a particularly good reputation for its seafood, so several establishments that serve dishes using fresh local catch have naturally found their way on to my list of places you shouldn't miss. Of course, behind every great holiday is good planning, which is why I suggest you also use a specialist company like Bon Voyage to help you organise your travel plans and itinerary. 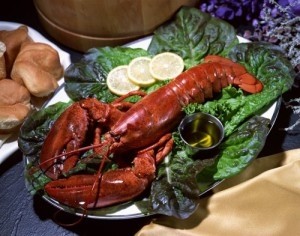 First on my list is Boston Chowda, which you'll find at the Quincy Market Building. One of the places that, in my opinion, really stands out from the crowd, this eatery has won the Boston HarborFest ChowderFest on numerous occasions. Quite simply, it's an unbeatable spot to visit to sample New England's celebrated speciality of clam chowder.

Anyone taking a holiday in New England really mustn't miss out on trying this dish - it's to die for. At Boston Chowda, you can be sure of sampling an authentic version of it that's made with local surf clams and an indulgent dollop of cream. Plus, as this company's been operating for around 25 years, it's also a nice slice of Boston history.

Next up we have Area Four. This restaurant is located in Technology Square in Cambridge, which is actually part of Greater Boston - the name given to the region around the city itself. So, you do need to be prepared to take a trip outside the metropolis to go and eat here.

However, I think it's worth the journey. What particularly appeals to me about this place is that it manages to have a really relaxed atmosphere while still serving upscale food. The highlight of the menu is its smoked fish, with the catch in question changing from one day to the next, depending on what's been freshly caught. Delicious! Area Four also makes great gourmet pizzas and sumptuous salads.

Back in Boston itself, Eastern Standard is a brasserie with a beautiful menu that spans delicious seafood, tempting charcuterie and decadent desserts. You'll find it at 528 Commonwealth Avenue, with some of the top things to try here including mussels and the grilled flatbread with camembert. It is also home to an excellent 'raw bar', which gives you the opportunity to try the likes of oysters, lobster and clams.

I must admit that it's the desserts that really caught my eye, though. The restaurant offers several classics, but each embellished with the establishment's own unique twist. For example, its menu features a butterscotch bread pudding with praline ice cream and salted caramel, as well as a cinnamon creme brulee. This is indulgence at its best, especially if, like me, you have a sweet tooth.

Kristy Moore is a travel writer with a particular interest in the US and has been writing about her overseas adventures for a number of years.