Ten Great Things to Do in New Zealand with Small Kids

We meet Bethaney in Singapore with her husband and son at the Night Safari. What were we thinking? We both had toddler's & it was after 7:30pm. We shared tired toddler frustrations that night. Lee & Bethaney were one of the first travelling families we had met and we just hit it off. We can't wait to see them again someday, somewhere... and I really hope it's in New Zealand as our tour guides.

New Zealand is an easy option for a family holiday. It’s clean, green and very accessible for families with smaller children. With an abundance of nature, wildlife and open space as well as modern city living, a trip to New Zealand can tick all the boxes. Starting at the top and working your way down through the country, here are ten great things you can do in New Zealand with small kids.

Make your way up One Tree Hill

One of the city’s volcanic peaks, views of Auckland stretch out 360 degrees from atop One Tree Hill. Although it no longer has a tree at it’s crown, a monolith stands commemorating the Treaty of Waitangi, the most important part of New Zealand history. It’s a great place for some urban sheep spotting (yes, there are sheep right in the centre of this major city!) and there’s also an observatory and planetarium for budding star-gazers.

It doesn’t matter what the season is, the beaches in New Zealand are always beautiful. If it’s summer, the golden east coast beaches around Auckland, Northland or the Coromandel Peninsula make for great swimming, paddling, camping and playing. If it’s winter, head to the picturesque west coast beaches for play on black volcanic sand and collecting driftwood. 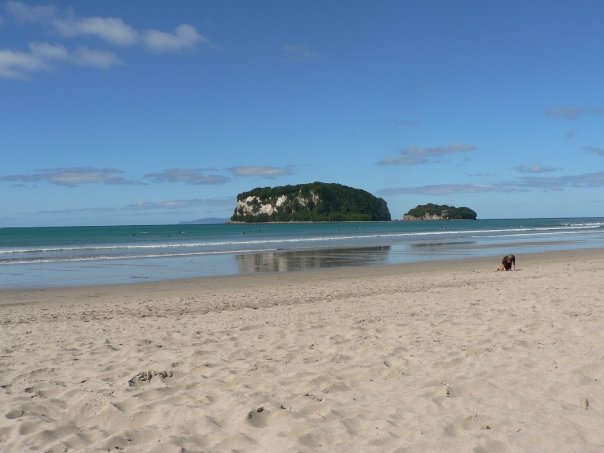 Get close to a Kiwi

Rainbow Springs is a wildlife centre and amusement park in Rotorua which offers your best chance of getting up close to a Kiwi. You can also meet New Zealand’s prehistoric reptile, the Tuatara, and the world’s only alpine parrot, the Kea. A family pass for two adults and two children is $99.

Pay a visit to Te Papa

Te Papa the national museum of New Zealand is your best bet for a fun day out in Wellington. It’s informative and interactive with displays covering New Zealand’s history, geography, people and art. Take a ride in the earthquake simulator if you’re brave enough. The museum is free but special exhibits may have admission charges.

The East Coast of the South Island is a great place to spot some of New Zealand’s unique wildlife. There’s a high concentration of seal and penguin colonies around Kaikoura which can be viewed from the roadside or beach. From the town, head out on a whale or dolphin spotting expedition by boat or plane.

Embark on a journey to Antarctica

A visit to the Antarctic Centre in Christchurch is about as close as most people will get to the white continent. Christchurch airport is the jumping off point for most expeditions to Antarctica and an education centre has been set up just outside the terminal. A family pass will set you back $165 but will cover admission to the centre as well as the Penguin encounter, Snow & Ice Experience, Antarctic Storm a ride on the all-terrain Hagglund and the 4D Extreme Theatre.

The West Coast of the South Island is a wonderland for nature lovers. The spectacular Pancake Rocks at Punakaikai are a strange geological phenomena that shouldn’t be missed. The walk out through native bush and flax is easy enough tackled by young children. If you strike a wet and wild day you’ll even get to see sea water gushing up between the rocks forming blow holes. 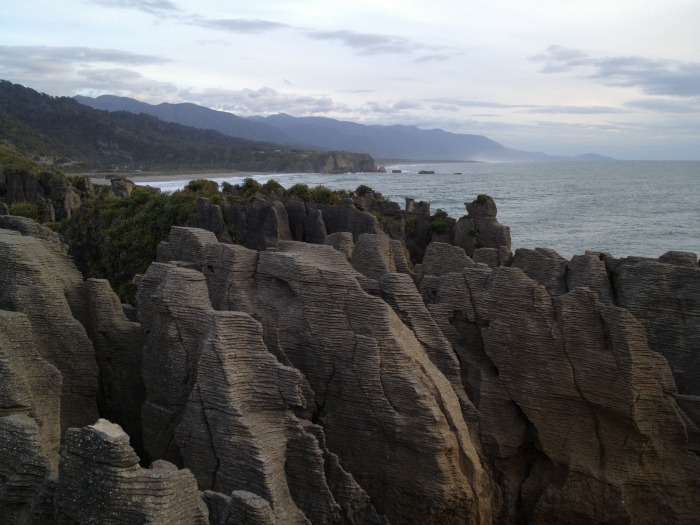 Step back in time at Shantytown

Just South of Greymouth sits Shantytown, a recreation of an gold mining village that were prominent in New Zealand in the 1800s.  Try your hand at panning for gold and keep what you find. Ride the steam train. Explore the old hospital, saloon and jail. Shantytown is purely for kids but it’s educational too. A family pass is $74 for two adults and up to four children.

This extremely strange geological phenomena will get your kids scratching their heads. What are they? How did they get here? What are the made of? The Moeraki Boulders are dotted up and down the beach at Koekohe on the drive between Oamaru and Dunedin. Keep an eye out for penguins along this stretch of coast.

Get adventurous in Queenstown

Depending on how brave you and your kids are there are endless opportunities for adventure in Queenstown. Quad bike tours, the luge, jet boat rides, the flying fox... the list goes on. If you’re there in winter, hit the slopes and join in at a ski school. Kids as young as three can join ski kindy.

All images property of Flashpacker Family.

Great suggestions! We spent 3 months in NZ with our kids a couple years ago. It was so much fun just to find out-of-the-way campgrounds and hike out to beaches. The best part is that there are no scary animals in the woods, so hike away!!! (This was the first time my kids didn't have to keep an eye out for bears).

Another good family adventure in NZ is WWOOFing - willing workers on organic farms. Volunteer on a farm and get to know some locals.