The Best of Europe by River Cruise

Last year we did 3 cruises, but what about 2014? I definitely think we should do one of these this year. We love cruising so what better way to check out Europe?

The European continent is crisscrossed with waterways, many of them steeped in history and lined with cities as majestic as Vienna, Paris and Porto. River cruises across Europe have become a tranquil alternative to clocking up thousands of air miles or taking a frenetic rail tour. And with the warmer temperatures finally on their way, the months of May and June offer some great 2014 cruise opportunities to see the continent in all its early summertime glory.

Visitors can catch the best of the tulip season in the Netherlands at this time of year, with cruise boats sailing the majestic Rhine from Amsterdam right the way through to the Black Forest. Elegant waterside mansions and flower-fields abound, before giving way to the drama of Germany's Rhine Gorge and the stunning Gothic architecture of border town Strasbourg. 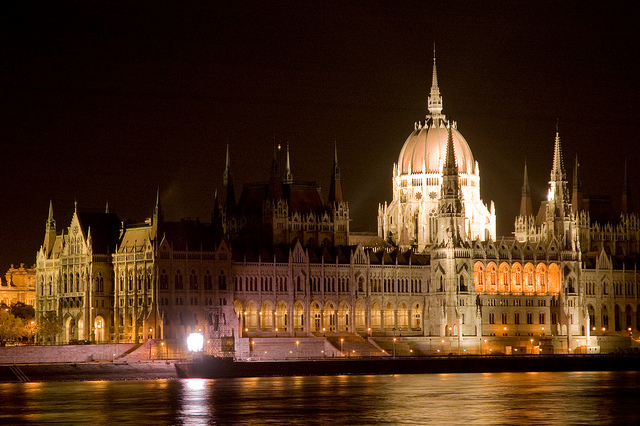 Budapest at night by cnadia used under creative commons licence

Along with the Rhine, the Danube river cuts right through the heart of Central Europe, wending its way through grand settlements like Budapest, where hilltop fortresses and the mighty Hungarian Parliament look down over the river which divides the city. Cruises don't get much more romantic than drifting through the territory of the former Hapsburg empire, stopping for coffee in Vienna, or admiring the Medieval beauty of Regensburg.

June is the perfect time to experience the more unusual delights of Scandinavia by river, when travellers can experience 'the land of the midnight sun' first-hand, cruising the Gota canal in Sweden. Those after more of a challenge can set out from Moscow along the Volga River, the longest in Europe. With temperatures warmer than average during the coming months, this is an ideal way to grab a two-week overview of the vast landscape of Russia.

Themed cruises are also an option, with some of the best culinary and wine tours available from the waterside in countries like Portugal. Escape the crowds in World Heritage city Porto and set out on the idyllic Douro, bypassing the terraced vineyards which are home to the region's own Port wine. Alternatively, see the Rhone Valley by river, with the early summer climate more pleasant for sight-seeing in stylish southern France.