What To Do In Milan

Milan, one of the most populated metropolitan city of Italy. It was highly prosperous through ancient times and even through the Middle Ages and later. Then it saw its downfall during World War 2 and quite a bit I'd the city was damaged. However, it again bloomed and proposed due to the economic boom witnessed. You can either use the local transport or arrange a private tour or cab transfer to view the Italian life and culture in Milan.

There are quite a few places that are worth seeing in Milan. In case you are on a timeline, there are some places that are definitely must-see when you visit the city. Below is a shortlist for the same:

A monumental and ancient building and probably one of the oldest structures in Milan. It is known for its gothic style and magnificent architecture. This particular structure was started in 1386 and completed in 1965, indicating that it took almost 600 yrs to complete. The front façade of this structure is completely breathtaking and it covered all around with innumerable towers, statues, and decoration, giving the effect of the cathedral being crowned. 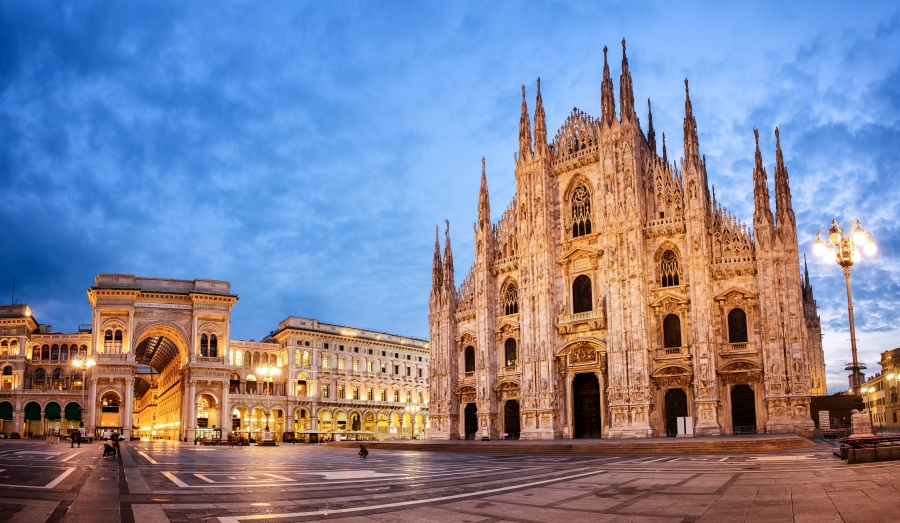 The Church of Santa Maria delle Grazie was built in 1497. Again a gothic style structure with a large basilica at the rear. The entire structure is made of red bricks. The mural portrays the scene of the Last Supper from the Bible.

The Grand Galleria one of the oldest most extravagant indoor shopping area. It was built in 1877 and designed by Guiseppe Mengoni. The mall is covered with four glass paneled arms and is cross-shaped. The malls mainly have high designer shops.

Milan is probably one of the few cities to play host to a 15-century castle with large grounds and gardens. This castle was initially built in 1370, however, over a period of time there have changes to the structure however the style and feel of elegance still remains. The castle now plays host to small museums and collections containing historic artifacts linked to the history of the castle.

Other than these there are quite a few places in Milan that you would want to see like the Pinacoteca di Brera, Sant Ambrogio, Leonardo da Vinci National Museum of Science and Technology, Piazza dei Mercanti, Milan Archaeology Museum and Piazza del Duomo.

Finally, Milan is known in particular for its fashion, hence visiting the "quadrilatero della moda" and galleria Vittorio Emanuele is a must.