Why I’ll Be Spending Valentine’s Day In Greece

Josh & I are heading to Greece this year, Crete was not enough last year. And while we may not be making it for Valentine's Day this article has got us even more excited.

For those of us use to the British weather it can be a little disheartening when Valentine’s Days in the UK is about dodging the weather and not exactly lying in each other's arms out on a grassy green. In fact, the last few years have seen such bad weather that many opt for a cosy night in rather than going out. This year may be no different and I may end up trying to find a restaurant that isn’t three feet under water or crushed by a falling tree. So for that reason some choose to take a romantic break overseas, and if you fancy spending Valentine’s Day somewhere warm this year, Greece is a great choice. 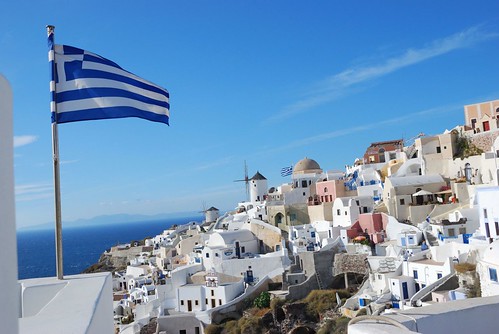 A rival to Paris?

OK, so it’s hard to argue that Greece has the romantic air of a Paris or Rome. However, don’t forget that the ageless mythology of Greece is steeped in romantic tales. Take Eros and Psyche for example; two lovers who overcame countless obstacles to finally be united in marriage. Truly, Greece has an unrivalled history of romance and with the right company makes for a wonderful Valentine’s Day destination.

A good time of year

One problem with visiting Greece during the peak summer months is the sheer number of people who have had the same idea. In fact, some of the key sights get absolutely mobbed with people and the queues can be quite a challenge. February is certainly a calmer month to visit the country. There is a fabulous new museum at the foot of the Acropolis which is totally ground breaking in the way it displays the archaeological finds and it is a pleasure all year round, but particularly when it isn’t too crowded, such as in February. If you fancy a visit – and if you are in Athens you really should go – don't forget it is closed on a Monday and that applies all year round, not just in the winter.

Pick an island, any island

It really doesn’t matter which one as they are all wonderful, but for some added romance how about Santorini? As well as the gorgeous countryside there are a number of lovely restaurants which would be ideal for a romantic meal for two. Santorini is accessible by ferry or you can fly. If you are not in Greece for long, flight might be the better option. There are clubs on Santorini that close in the winter, but unlike Mykonos, it is not just about nightlife so there is still plenty to do.

Crete is a beautiful island and although the locals consider it ‘cold’ in winter, the climate is lovely for us Brits in February. Rethymnion will be the destination of choice for many who choose the island for a holiday, because the ruins of Mykonos are some of the most amazing in the world. They have been partly restored and although for some it can be a bit overdone, it makes a change to see what the buildings would have really looked like.

Still need more inspiration? I found First Choice a great source as they have in-depth country overview pages so you can do further research on the wonderfully, romantic Greece.

Robert Plum is a travel writer and enthusiast from London. When he’s not planning his next adventure, he can probably be found out walking in the Heath.