Ever Wanted To See Noah's Ark?

God asked Noah to build an ark. The ark was filled with all creatures, 2 of every kind, male & female. God flooded the whole earth. Those in the ark remained. 40 days it rained, but the stay in the ark was much longer, until one day a dove revealed land. God established a covenant with Noah: "Never again will there be a flood to destroy the earth." As a sign of this everlasting covenant God set a rainbow in the clouds. Genesis 6:1 - 9:17 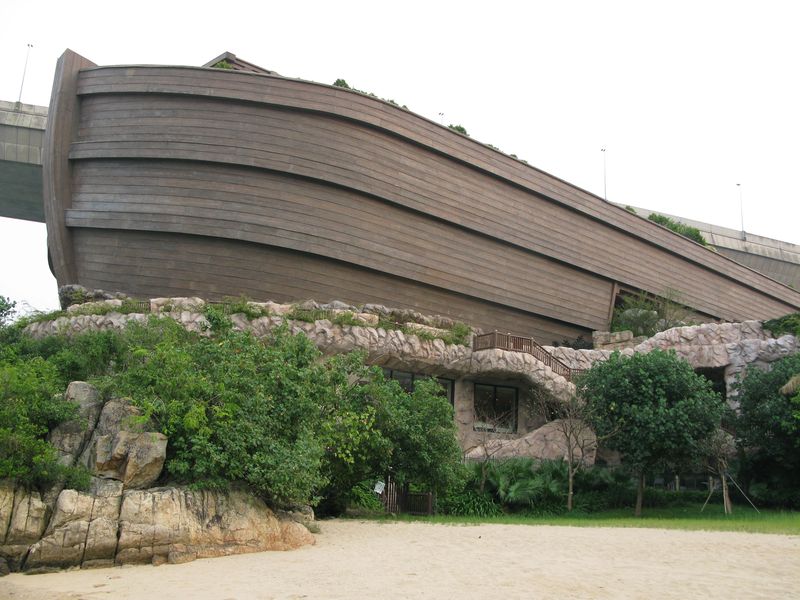 Do we believe this story? Yes. Do we share the meaning of the rainbow to our children? Yes. Were we excited to see a full size replica of the story we had learned as a child? YES!

Since we only had 5 days in Hong Kong we had planned each day and were ready to move. After arriving at the apartment at 11:30am we put the kids straight down for their nap. When they awoke about 3pm we made our way to the ferry. Found Pier 2 and headed to Island Park to see Noah’s Ark.

The ferry was $18 return for 4 people and comes every half hour I think. It was a pleasant short journey across and then a fairly tiring walk to the ark.

Noah's Ark is the newest attraction located on Ma Wan Island in Hong Kong. it is an evangelical Christian theme park centered around themes of nature, art, education and love. The Ark is the world's only full size replica of the biblical Noah's Ark.

We arrived at 4pm and they close at 6pm. Tickets for 4 people were $54 and included entrance to the Solar Tower. This closed earlier and we were directed there first. With such little time I found this detour very annoying. It was a real long walk for the toddlers in sweltering heat, but beautifully landscaped gardens. Basically it is a telescope looking at the sun and they built a tourist spot around it. You can find out information on the sun, play with some Lego type toys and see the telescope. Josh found it fascinating, I just wanted to get to the ark. 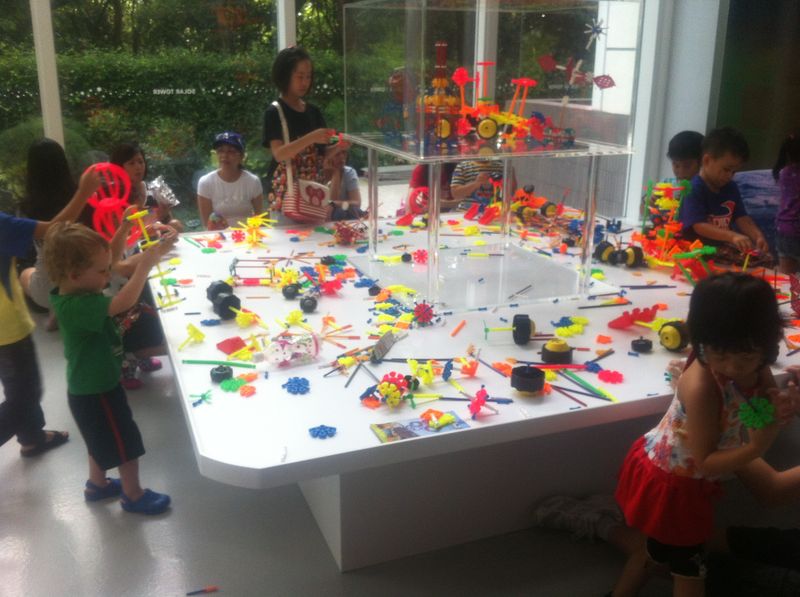 The funny thing about this attraction is that it is linked to a Christian artifact, which believes history goes back thousands of years. Where as the Solar attraction is based on history that goes back millions of years. It’s a strange partnership, not sure if it’s run by the same people or just close together, but very weird.

Finally after many tears on walking back we made it to the Ark. We were directed to the movies as they were the last one’s for the day. This too also aggravated me as I never got to see what I wanted to see. We never saw the outside of the ark, the view, the plastic animals, the gardens. We spent the majority of time inside watching movies.

There was some cool things inside. There is lots of relics, some real animals and fake ones. The movies ranged from very lame “Earth-boy” stuff to fascinating facts. There is the story of the ark, the story of making sure earth stays beautiful, Jesus stories, etc. A lot of them were in Chinese with English subtitles.

I must say I was bummed we never managed to get to the kid’s play area inside the ark. We had a quick peek through the closed windows, but all too soon they were ushering us out of the park. We walked back via the beach and it was much happier time with kids splashing in the water and the sun not as harsh now that it was 6pm. 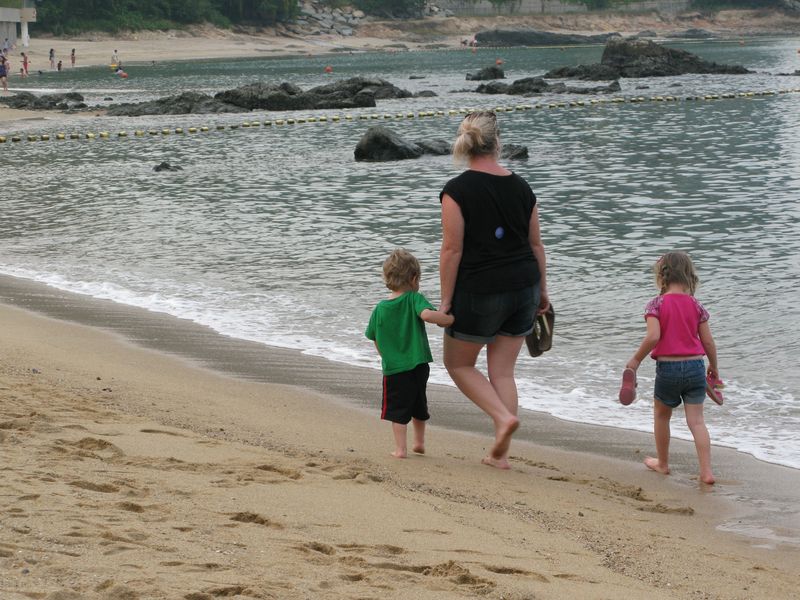 There is a supermarket before the ferry that we picked up some dinner for the kids and then made our way back home. Day one not as great as I expected, but I was glad to have seen it. The thing is huge and sits right on the beach, so cool. I wish we had had more time to see this amazing piece of history and I would visit again without the Solar Tower.

"I respond to every comment by private email. So please leave me comments, I love chatting to you" - Josh Bender
Posted by karin holmes on Sep 2nd, 2012
love the photos