Originally we had plans to visit Slovakia, but as always during our stay in Bulgaria our plans changed at least 6 times and suddenly we found ourselves in Budapest, Hungary.

The problem was I had already booked a flight to London from Bratislava, Slovakia. Of course it was a cheap Ryanair flight so there was no way we were looking at a refund. The only thing to do was to get to Bratislava for my flight. 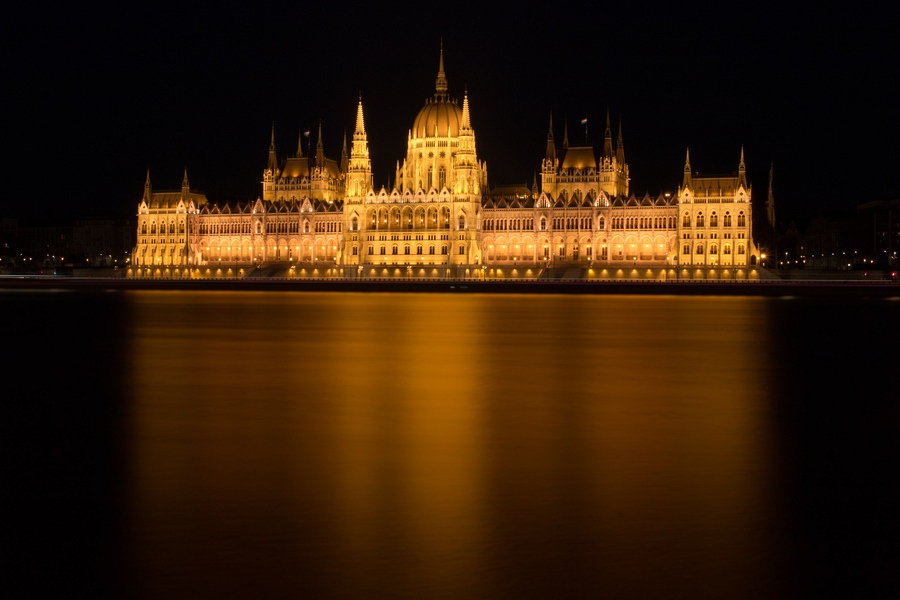 We found there was a train station very close to us that offered a 2.5-hour train ride to Bratislava at 7:25am or 9:25am. As much as I did not want to be catching the early train, it seemed the later one was going to give me a very small window of time to get to the airport. So I decided to get up early and catch the 7:25am.

I was off to meet my sister in London for a week of travel with her. My little sister was on her first round the world trip solo and I was so excited to be on the same continent with her that we were going to do some travel together.

Thus, I found myself giving my husband and 2 kids, big kisses before walking out the door at 6:40am with one carry on luggage, one camera and one handbag.

This mission seemed challenging for me, which is funny coming from someone who has been travelling the world for 2 years. Though that may be the case, my husband is our navigator and I rarely understand where we are going or how to get there. Let alone to catch several forms of public transport to another country, and then to get a flight to another country after that! 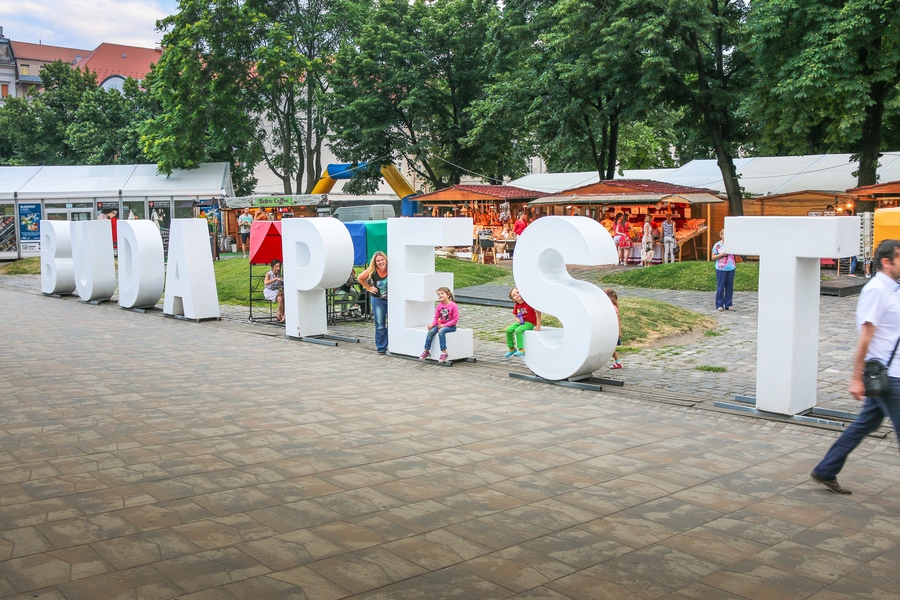 But off I went. I walked the couple minutes to the tram and took it one stop to the M2 red metro line. Then I took that 1 stop to Eastern Railway.

The Railway Station was huge, but I was directed upstairs to the international ticket booth. I was called upon after grabbing a number from a ticket machine. My Aussie accent was confusing for the lass as she asked me to write down where I wanted to go.

They didn’t have change for €50 so I paid the €17.50 (AUD$25) ticket by credit card and was sent on my way. I could not see Bratislava on the board and asked a yellow-vested man for help. I knew as soon as he happily offered to carry my luggage and show me the way that he was after a tip, but with nothing to offer but a €50 note he was sadly disappointed.

He showed me to a seat on the train. Nervously, I asked several people passing by if I was on the right train and it was confirmed. So I sat back, settled in by my window seat and got ready for the ride.

It was roughly a 3-hour train ride past fields of yellow sunflowers, writing blog posts and watching the last episode of my current TV shows before we reached Bratislava. There was an announcement made over the speaker and it was a fairly obvious stop.

The train station was a bustling madhouse and I squeezed through people to head outside the station. The bus station was right outside and I headed to bus 61 all prepared.

I started talking to a delightful American couple who let me know that Bratislava was very beautiful. Deciding to spend my spare hour sightseeing instead of sitting at the airport, I took their advice, grabbed a €0.90 60-minute bus ticket and took bus number 93 three stops into the historic city centre. 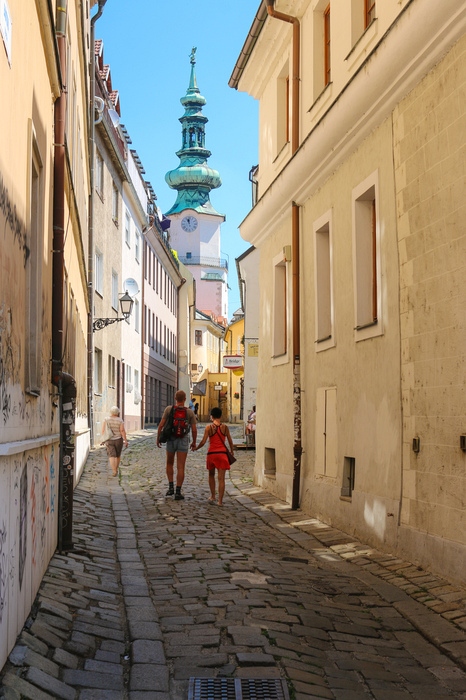 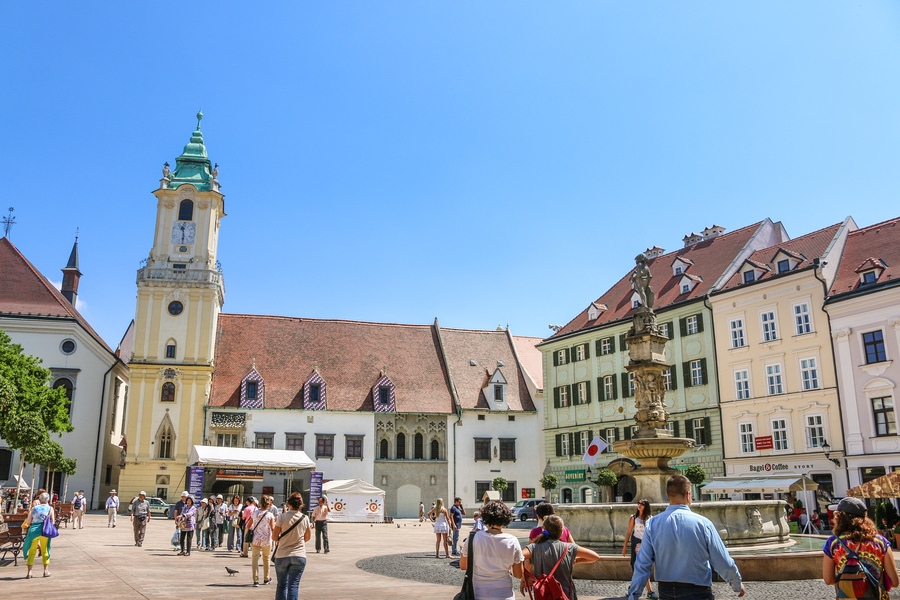 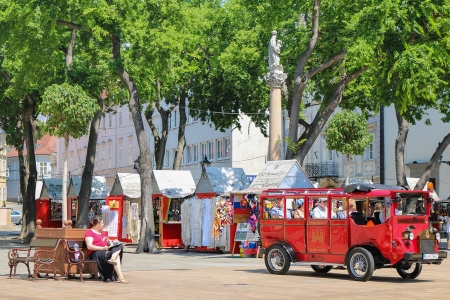 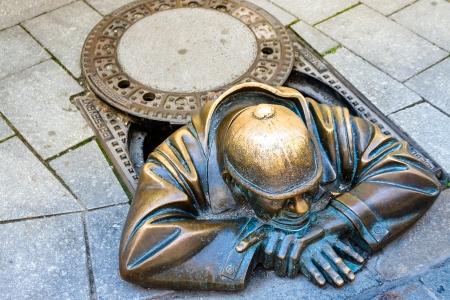 The cobbled streets were gorgeous for pictures, but not so great on my suitcase wheels. I was so tempted to try some Slovak cuisine, but with time constraints settled on a take-away baguette.

Time went so fast and before long I made my way back to the bus stop to catch the 93 back to the train station. My ticket ran out by the time I got back so I got a €0.70 15-minute bus ticket and waited for bus 61.

It was all very easy for something that seemed would be so stressful. In the end the worst bit was walking through the departure doors and feeling my suitcase resist. I looked down to see my favourite black cardigan wrapped around the wheels and a hole worn through the sleeve. Nooooooooo! (*Shaking clenched fists at the sky*)

Airport security was pretty quick. I got my boarding pass checked and headed upstairs through security where they confiscated my dry hair shampoo. Turns out since the bottle was 150ml, despite the contents being 90, it was oversized. Grrrrr. Then they fingered through my cables and retested.

Finally, I had my passport scrutinised before arriving in the waiting area. Waiting for a Ryanair flight is often filled with dread. Will they accept my luggage? Will they call me out for my handbag and camera bag? Will I be stuck in the middle seat next to the person who laughs hysterically at Simpson reruns?

Turns out they didn’t have a problem with my handbag and my camera bag, however my carry-on suitcase was too big. On talking to the airport staff outside the plane (non-Ryanair employee) it’s not that the bag was too big, but it’s Ryanair’s new rule that the first 90 bags are allowed on and nothing after. 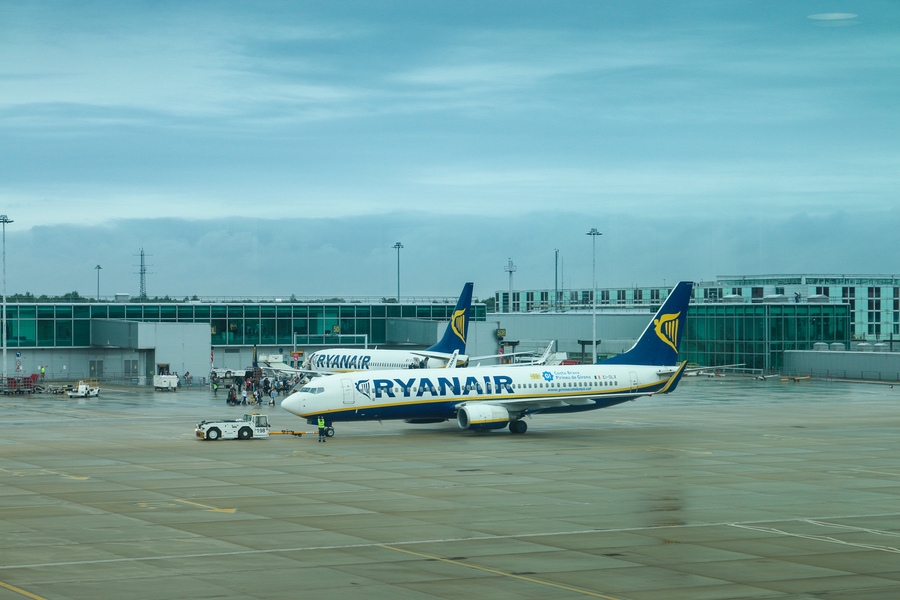 So while it is a free gate check-in, you will need to collect it at the belt on the other end with all the other check-in luggage. Considering I had 2 fragile ceramic bowls from Greece, all of my cables, laptop, kindle and my jewellery bag all in a soft, unlocked bag there was no way I was letting them chuck it in the hold and heave it onto the luggage belt.

After arguing with 3 different people, the air steward on the plane curtly said I could take it on if I could fit it under the seat. Turns out there was plenty of space in the overhead bins and I easily stored my cabin baggage.

Good old Ryanair, never fails to frustrate. Oh, and someone stole my middle seat so I found myself an aisle seat with no one watching Simpson reruns next to me.

Tip: When they tried to take my bag again on the next flight I simply removed the yellow sticker they placed on the bag and on my boarding pass and carried the bag on the plane. It was so much easier then arguing with staff and, once again, no worries with finding room on board.

When I travel with my husband and kids we are through immigration fairly fast with rarely any questions. Imagine my surprise when the “All Passports” queue at the airport had 3 people compared to the massive UK/EU queue. Excitement.

But it seemed I caught the immigration officer on a bad day. Boy, was I given the third degree. If I’m a mum, where are my kids? Who’s looking after them? When am I going back to Australia? Have I booked my Eurostar ticket out? What am I doing here? And so the questions went on. Finally, I told her I had an expired British passport that I’d like to renew and it was like her whole attitude changed. I was no longer a dirty foreigner and she explained to me that while I’m here I should get it renewed to avoid all these questions. I didn’t point out that A) then I’d be in the super long EU queue; or B) my family would still be on Australian passports so I would have to wait for them either way; and C) our countries are flippin’ related, I can stay for 6 months if I want and I don’t need the third degree. Even though I’m from Australia, I’m not a convict!

To be sure I gave Luton a sad face on the survey button on my way out.

From Luton airport, I took the train directly to Farringdon and then the tube to Aldgate East for £17. On the train it started to rain. It somehow felt as unwelcoming as the menopausal immigration officer.

Walking into Qbic City Hotel was like finally coming home. The surprisingly insulting message on the entry floor gave me a bit of a chuckle. Somehow I knew a fun time was in store here in London, and I wasn’t wrong. 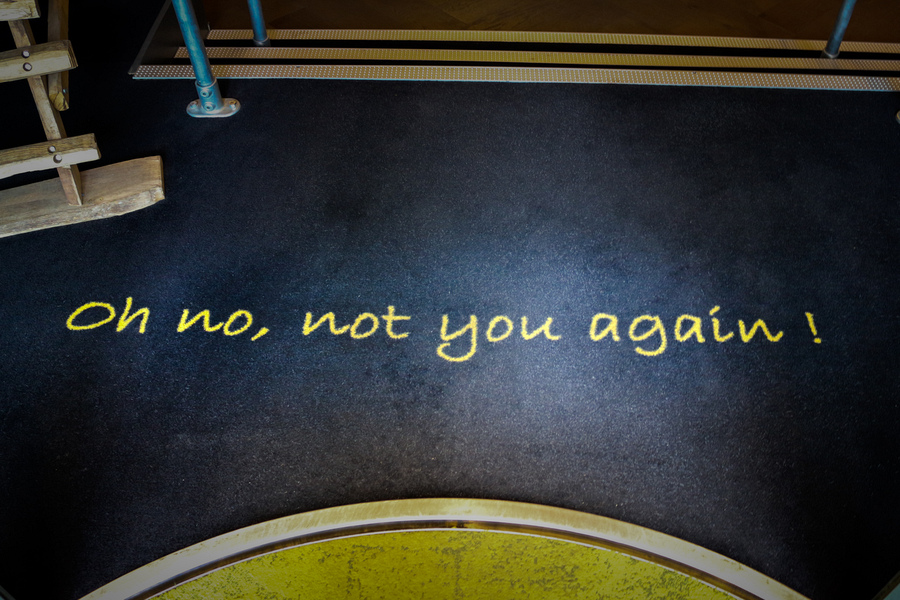 Editor’s update: I returned to Luton Airport 6 days later. The immigration lady who served me was polite and cheerful. The above situation was hopefully an isolated incident.

"I respond to every comment by private email. So please leave me comments, I love chatting to you" - Josh Bender
Posted by Sabina on Jul 19th, 2014
What a wonderfully frustrating, but nevertheless delightful travel tale :) Maybe I'm a horrible person, but I always enjoy reading about other people's travel mishaps!

www.girlvsglobe.com
Posted by Paulette on Jul 19th, 2014
Saw your article on UBC, just stopping by! That sounds like one exhausting trip! Wow! Also sounds like great fun :D
Posted by Lyn on Jul 20th, 2014
How sad that you only had an hour in such a quaint and pretty place as Bratislava? Such a long way around getting to London, I hope the discounted flight was worth it all. Exhausting but fun and solo, great achievement Erin.
Posted by Alyson on Jul 20th, 2014
I hear ya! I find it pretty challenging travelling without James. I've done it a few times, 6 weeks in the UK/Florida, a few weeks in Malaysia/Thailand and now this last week in Italy. It's a lot of extra drama to take on. I think couples naturally develop "his jobs" and "her jobs" , timing arrivals, transportation and car hire are definitely "his jobs". But I feel pretty good after I pull it off. And I'm menopausal so watch yourself lady!