We’ve seen a number of TV shows about red neck hicks wrestling alligators and we thought it would be fun to see some up close in their natural habit. So while we were in Miami we chose the Everglades Safari Park as the place to visit. Situated about 45 minutes west of Miami, the park is in the heart of the swampy, marshy lowlands in the Everglades National Park. 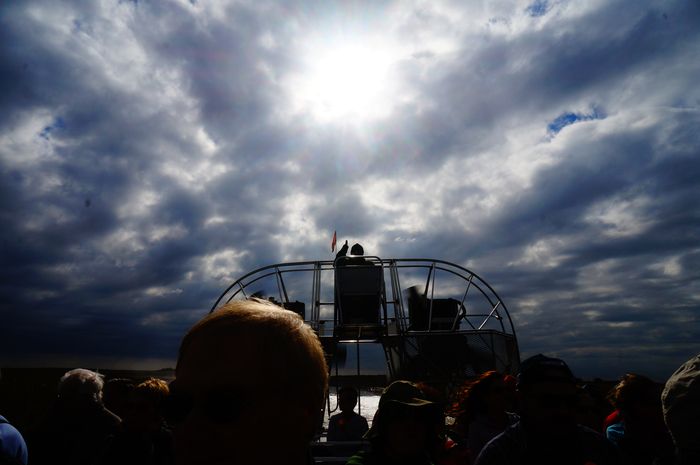 The drive along the highway was fairly uneventful and we noticed a number of signs along the way for competitors. So there’s no shortage of alligator tours.

Once we arrived and paid for our tickets we waited for our group’s turn. Around 50 tourists piled into 1 boat and our captain started down the river. Unusually, neither the captain or the crew provided much overview of what was coming up or what to expect on the trip and the visitors were pretty silent which made the first part of the trip a little eerie. 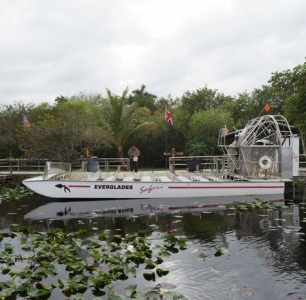 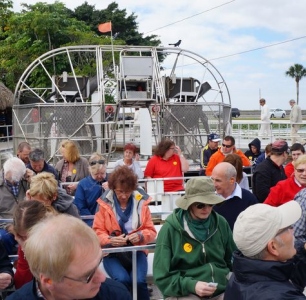 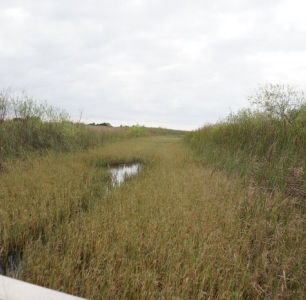 Once we had driven out about 10 minutes, skimming along the water with breath-taking turns, the boat slowed down and the captain pointed out a small alligator or rather it’s head just peeking out of the water. He gave a brief overview of what was going on, and pointed out some trees along the way. We managed to sneak a peek at 2 wild, but very still, alligators on the tour, which wasn’t quite what we were expecting. However, the actual boat ride was quite fun. These airboats are part of the reason we had come, but bring along a jumper or jacket, as it gets pretty cool. 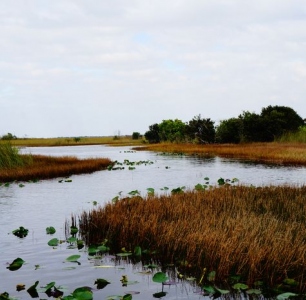 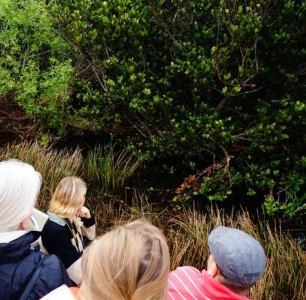 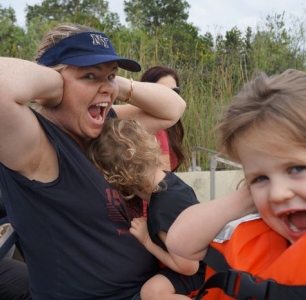 Once we returned to the dock we were led through an alligator “museum” which was ok, but fairly small. Then we went onto an alligator show that the kids enjoyed. A trainer fed an alligator and provided an educational presentation. A memorable moment is when the trainer described the alligator as living the American dream – eat, sleep and reproduce. We found that quite funny and quite a realistic interpretation. 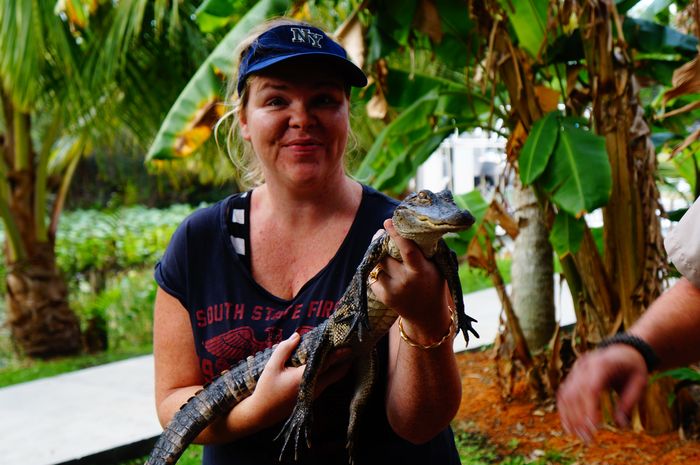 Overall, it didn’t quite live up to our expectations but, nevertheless, a fun day out for the kids. If you haven’t seen any alligators or crocodiles up close you may enjoy this, but since we saw several crocodile shows in Asia, including the unusual Crocodile Farm in Kota Kinabulu this was a bit tamer by comparison.

The highlight of my day was when we stopped past a kid’s hairdresser where Caius received his 2nd ever haircut (since he had been mistaken for a girl a few times during our travels we decided it was time for a snip). Both kids really enjoyed it. The salon was decked out with kid-centric decorations and the kids sat in little planes or cars instead of a regular hair salon chair and could watch their favourite shows on LCD TVs while playing with some very awesome toys. Very cute, and a nice finish to a long day. 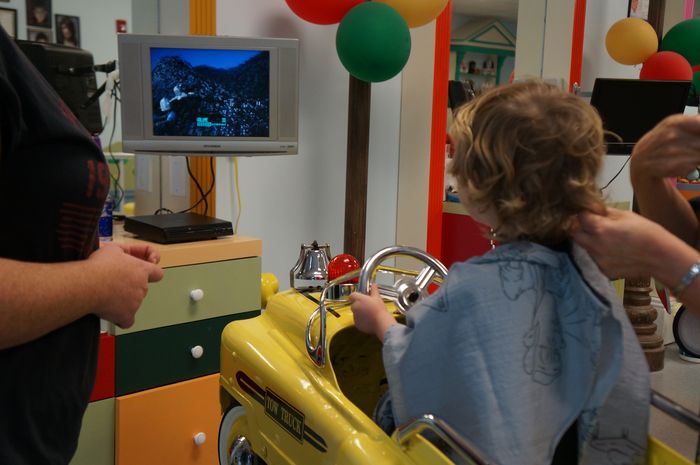