Have you seen the popular TV show Nashville? A friend introduced me to Nashville a few seasons in and I have to admit, I was dubious. I had no interest in country music, except for Walk The Line by Johnny Cash, and my pop-country love affair with Taylor Swift (she’s a genius!). 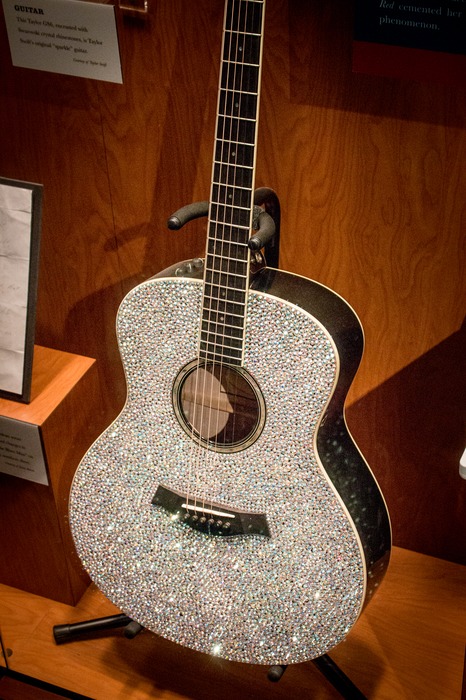 From the very first episode I was hooked. It was everything I loved in a good TV series – hot guys, rich people, great storytelling, plenty of drama and of course, music. It took only 4 episodes of over-the-shoulder watching before Josh decided he didn’t want me to ever watch it without him. Yes, he was hooked too.

Thanks to the TV series I knew I wanted to visit Nashville, Tennessee. Couple that with a glowing report from our friends at Flashpacker Family, and I was convinced. Then Viator asked if we’d experience the Insider Tour of ABC’s ‘Nashville’ and we were set. Lights, camera, action!

I admit proudly I have all the Nashville soundtracks on my phone and play them continuously at every opportunity. In the shower, on our US roadtrip, in my head and as my phone’s ringtone. The morning I was getting ready for this tour it was on loud and proud.

24 hours before the tour kicked off we confirmed our pick-up location. And when the big day arrived, we waited impatiently in the lobby of our resort. We stayed at the Wyndham Nashville and they provided free popcorn in the lobby so we grabbed a few bags to take on our tour.

It was a cold, crisp Sunday morning in January as the mini bus pulled up to collect us. The kids opted for the back seat and we quickly settled in. The tour group size was just right. I had been worried we’d be herded around like sheep, but it was a reasonable 20-seater mini bus. It also made the hotel pickup and drop off a lot faster than the average bus tour. 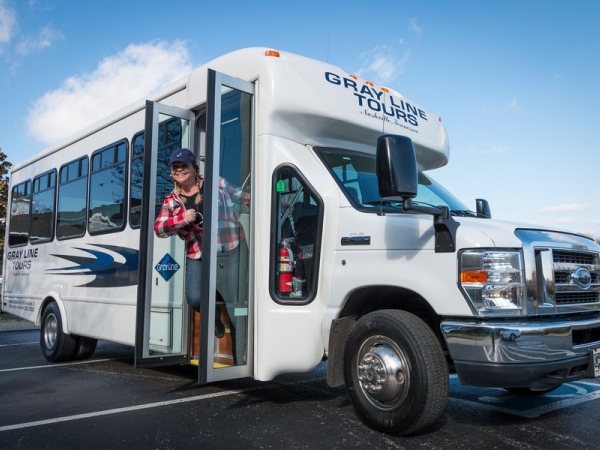 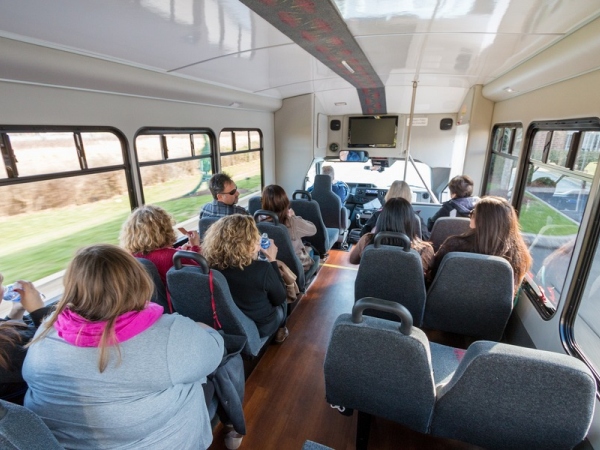 I noticed although there was an unused TV screen, there was no footage from the TV series in the bus and was slightly disappointed. Not that our guide needed it. He was a Nashville enthusiast and barely took time to breath, he was so filled with knowledge and love for the city of Nashville and it’s namesake TV series.

He slipped in that 2 of his fellow tour drivers did not watch the TV series, so we were extremely lucky to be on his bus that day.

The other thing I noticed lacking on a country music tour was the music itself. I mean it’s a TV series about country music and none of the songs were played the entire time. I tried to lighten the mood at one stage by playing it on my phone, since I keep all soundtracks handy for emergency situations like that

The majority of the tour took place on the bus so it was easy for older and younger travellers alike. Both our kids managed to take a nap on the back seat, which was perfect.

We drove past locations like the Grand Ole Opry, famous music studios, honkey tonks, cafes and restaurants. My favourites, though, were the houses the TV series used for their characters, with Rayna James’ home being the most extravagant. 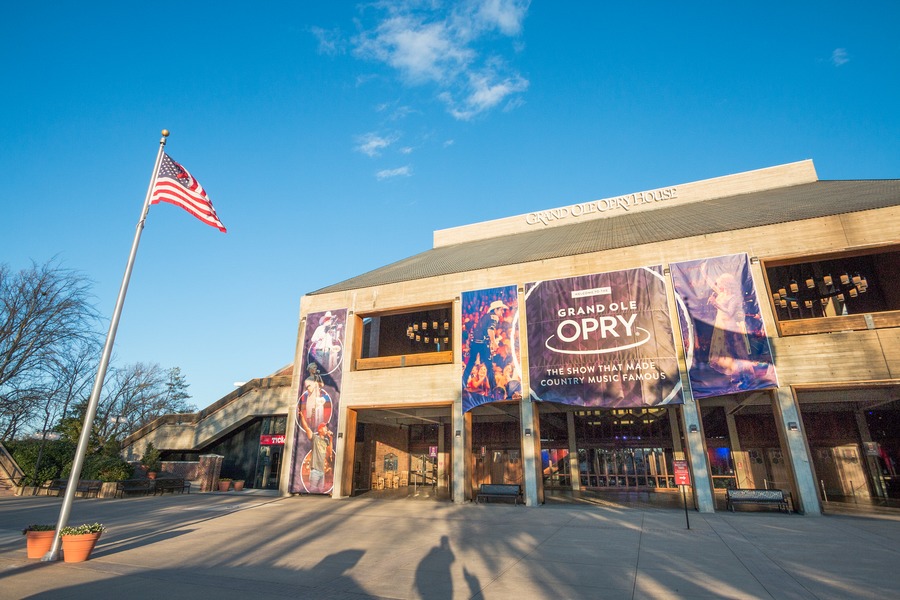 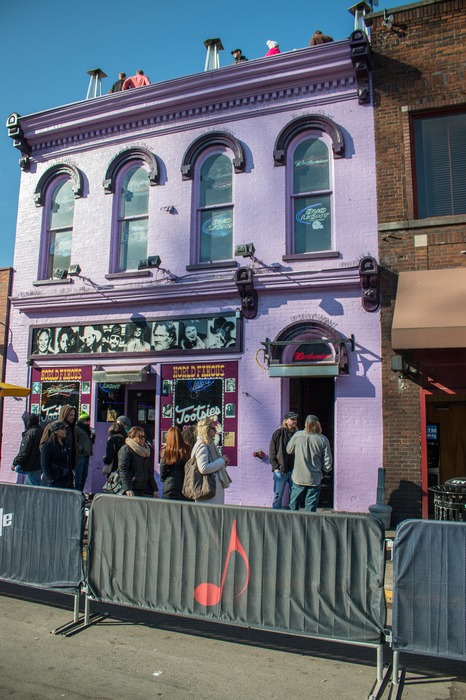 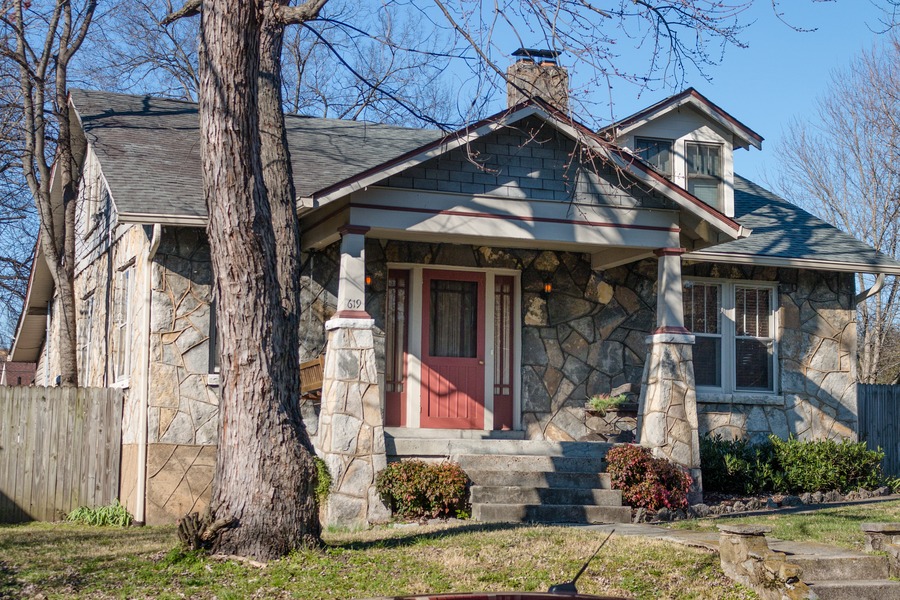 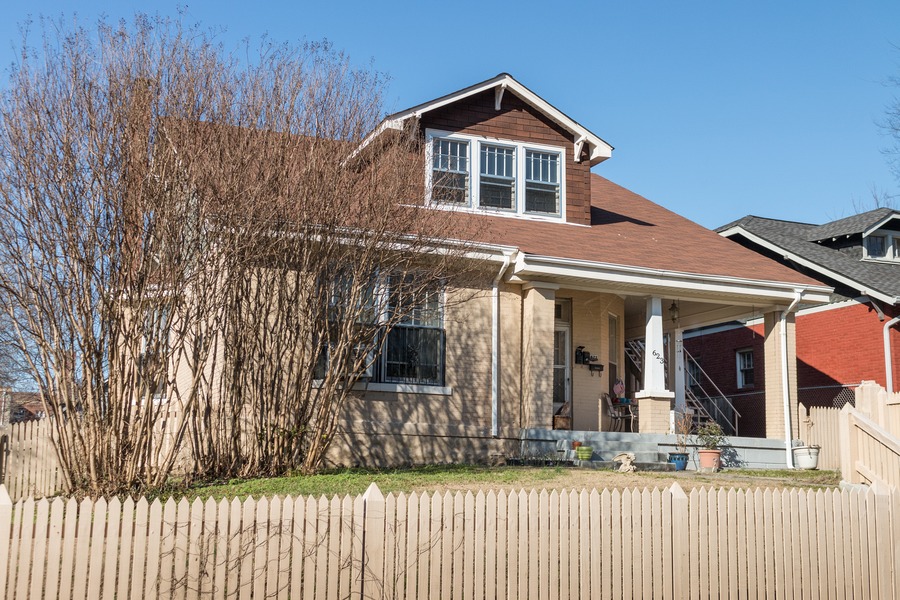