I gripped the staircase railing and dropped to the ground like a lead weight. I watched the bolts, face close to the rock wall, and wondered at exactly how sturdy this ancient staircase really was. Was that a wobble? Were we precariously perched on a cliff about to tumble to the ground? Or was there something more disturbing at play? 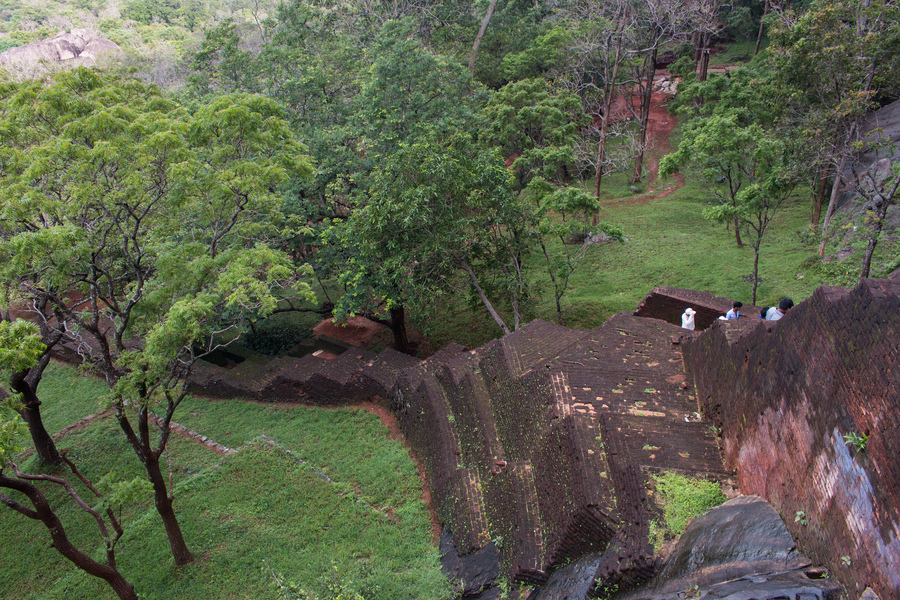 Our First View Of The Rock

It was another early morning when we were ushered onto our coaches to head to the famous Sigiriya Rock. I have to admit some ignorance in having no idea what was in store for us until the bus stopped for a photo opportunity. And there it was in all its glory.

“We are climbing that?” I muttered incredulous. 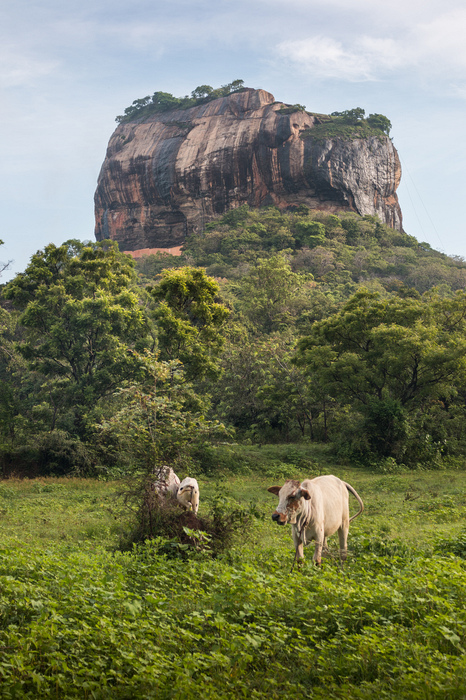 Taking photos was the easy part and 2 cows played nicely into the shot. I also enjoyed watching the famous Captain and Clark at work on a mockumentary about cows with help from Backpack with Brock. 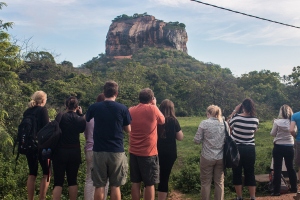 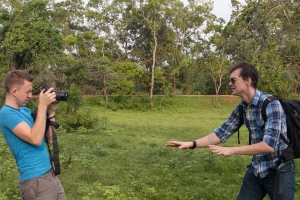 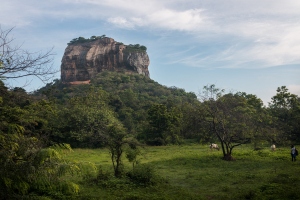 Actually seeing 50 bloggers photographing this majestic piece of nature was amusing in itself and also slightly intimidating as those elaborate cameras came out of serious, black camera bags.

Are We There Yet?

I was still undecided on actually climbing this gargantuan rock, however peer pressure can often work at the best of times if not always in the best of ways and I was caught up in the crowd that descended upon the rock face like little ants climbing their nest. As I started at the base of the 1500 step high climb I admonished myself for my 3 buffets a day and convinced myself this was my just desserts – pun fully intended. :) 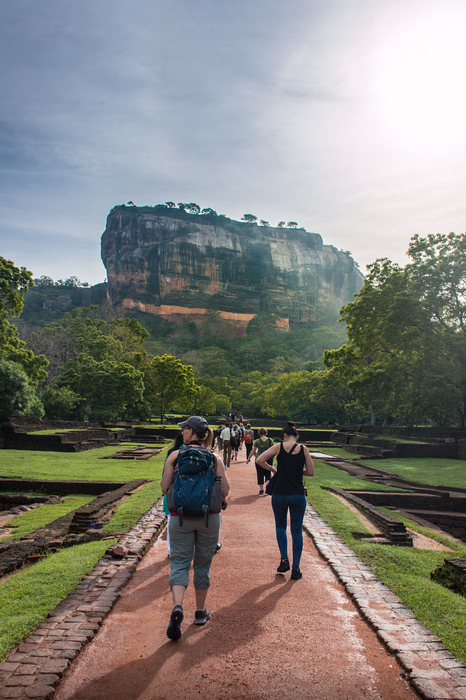 During the climb I stopped for a breather and noticed a large crowd of grey-haired climbers bypassing me. One particular, elderly lady stood out to me as she was helped up the rock face. I felt ashamed and determined.

The monkeys on the way up seemed friendly enough, although their beady eyes were locked onto any piece of food that strayed from open backpacks. 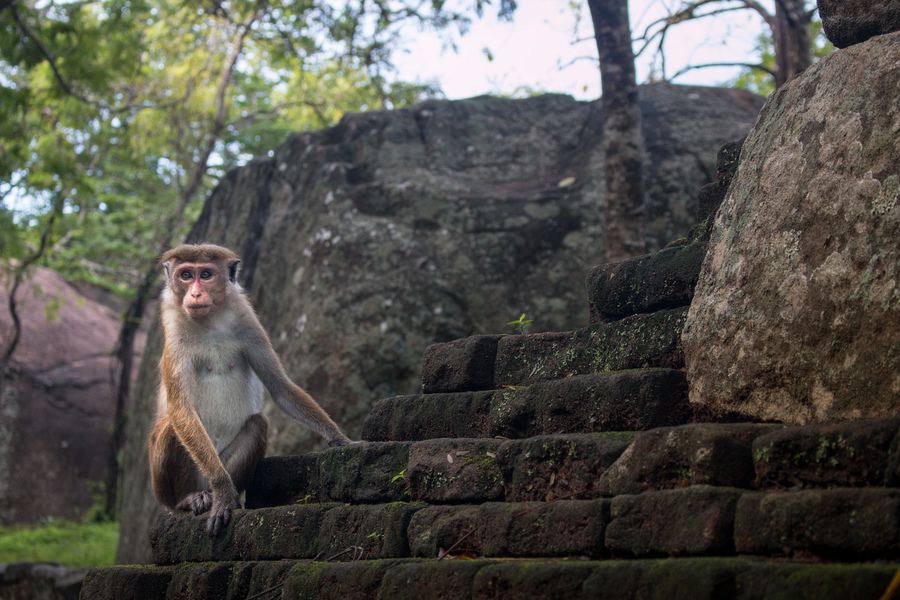 I followed along a path attached to the side of the rock and up a spiral staircase. Reaching the top stairs mislead me to believe I had reached the top of the rock. Instead it was a cave filled with “boobies”. Ancient breasts adorned the walls of a long cave. I felt cheated as I made my way back down the spiral stairs and up even more rocky stairs to finally reach the “Lion’s Paws”. 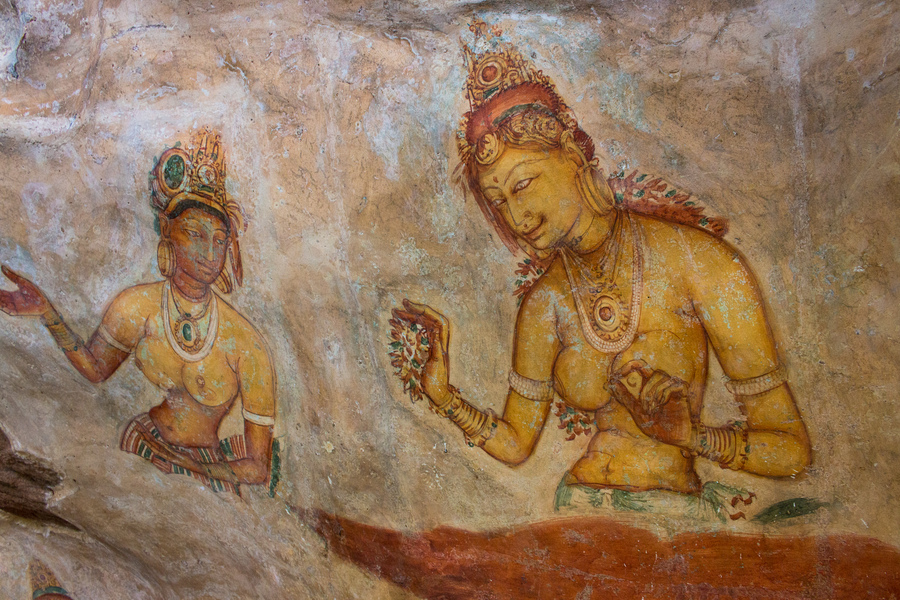 Cave painting detour on the way up ‘The Rock’

Two lion paws had been carved out of the very rock we were climbing, with narrow stairs dividing the beastly carvings.

I made it! Finally! 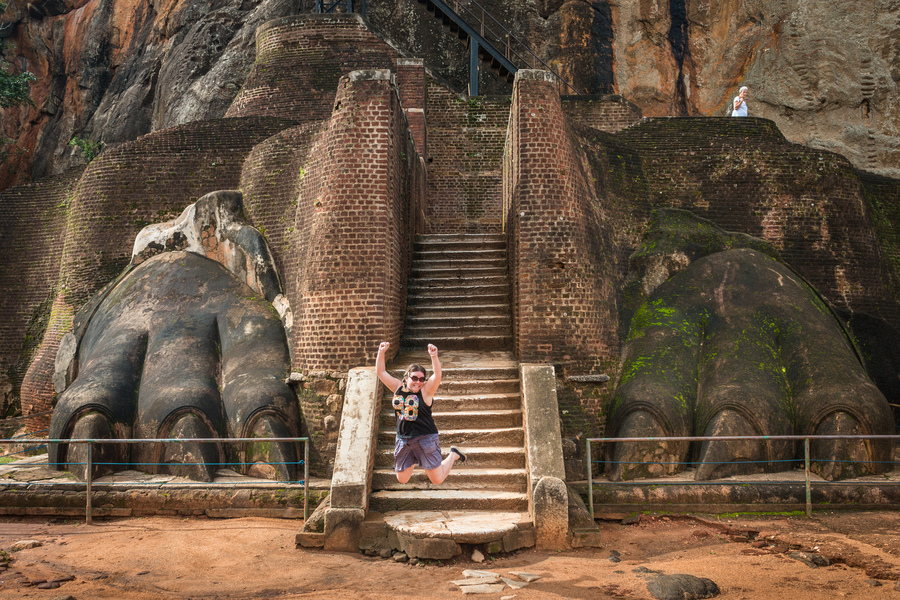 “Are you coming to the top, Erin?”

What?! I had been deceived again. 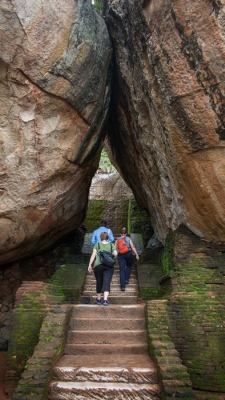 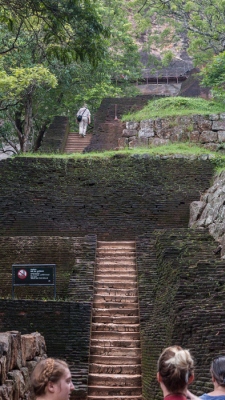 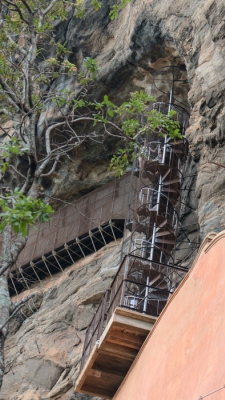 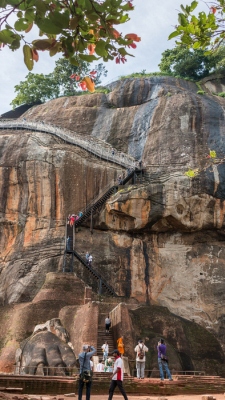 Finally, The Top Of Sigiriya Rock

I took a moment to rest and recompose before contemplating how far I had come and surely that was far enough. However, a new friend of mine, Brock, encouraged me to keep going, to be inspired by the elderly lady I had seen before. And so we set off up the perilous staircase together. 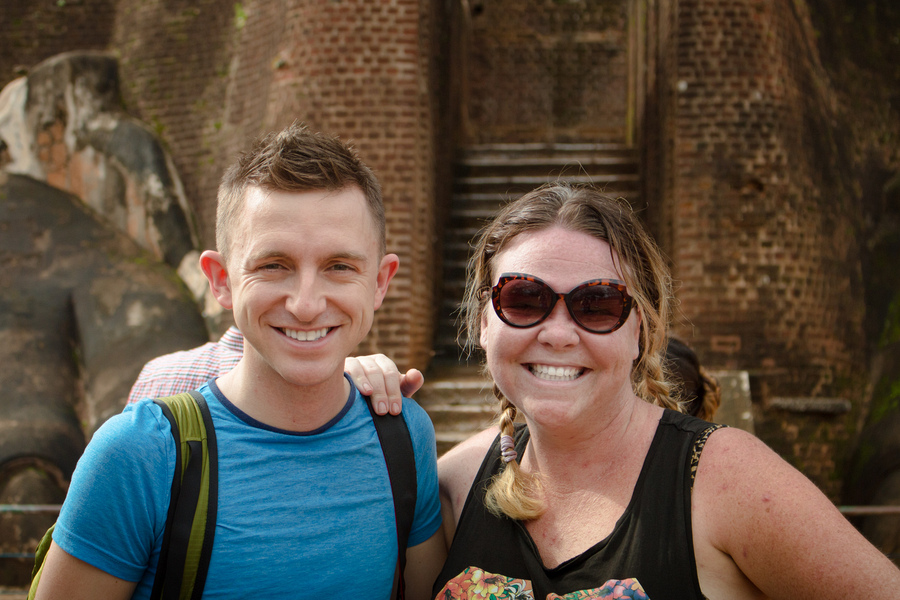 Brock, with words of inspiration. You can do it!

The steel stairs were scary, jutting out to the side of the rock with a sheer drop only separated by a few centimetres of metal and a few bolts. I’m sure they were better than the old stairs, which we could still see etched into the worn side of the rock. 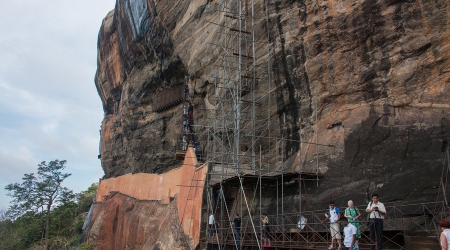 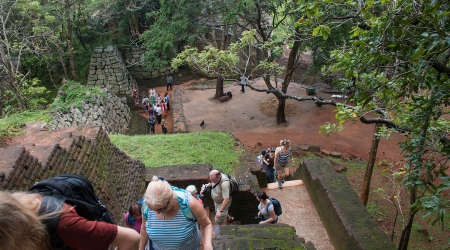 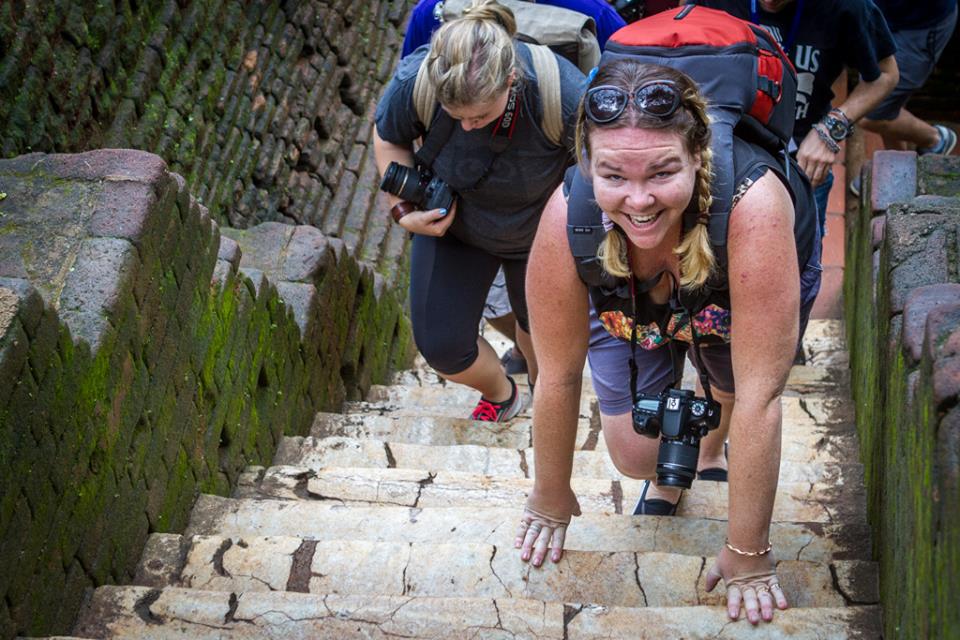 FlashpackerHQ captured those last moments, using my hands to crawl

Five, four, three, two, one. I was at the top! Crouched over, hands on knees, I opened my mouth widely and inhaled in as much oxygen as I could. As I lifted my eyes my jaw dropped and I stood dumbfounded. Right there at the top was the little elderly lady I had seen at the halfway point on the climb.