Thanks to Visa and their Well Travelled Travellers, you have a chance to win a Visa Prepaid Card loaded up with AUD$1000.

Anyone can enter from anywhere in the world!

Think about the craziest, most bizarre, most awkward or funniest souvenir you've bought on holidays. We want to know about it. Share it with us and you'll be in the running to win this massive prize.

When entering, make sure you use the #SouvenirStories hashtag.

The more times you enter the more chances to win. Good luck!

Note: you can spend the Visa Prepaid Card anywhere in the world in any currency (the Australian dollars will be converted to the local currency).

BONUS: If you want another chance to win, fellow Aussie blogger Mapping Megan is ALSO giving away a $1000 Visa Prepaid Card. Double your chances to win 2 separate competitions.

This competition is now closed.

Thank you to everyone who entered! 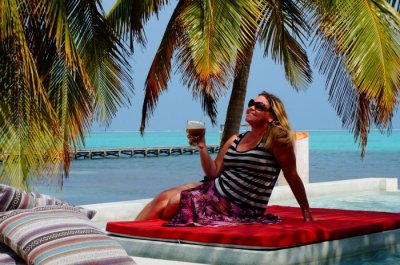 Your privacy is important to us. So please be aware that the details you submit will be supplied to the prize sponsor, Visa / Porter Novelli, which may be used for marketing purposes. They're nice guys and you'll be able to opt-out of any emails you do not wish to receive from them, so there's no strings attached. You will also have access to the free Travel With Bender email newsletter, from which you can also opt-out at any time.

Disclaimer and small print: This prize has been donated by Visa / Porter Novelli who may change the conditions of their prizes at any time. We have done our best to cover all conditions, but ultimately hold no responsibility for any change, interruption or termination of the prizes. No claims on the part of the participants shall arise in these cases.

Winners will be informed via email or Facebook. Failure to claim the prize within one week of this email may lead to a new winner being drawn. You will receive your prizes direct from the sponsor. All prizes are as stated and no cash alternative will be given or exchange. Competition opens Thursday 11th December 2014, 06:00 GMT+0 and will finish Friday 19th December 2014, 6:00 GMT+0.

Participation is free and at the participant’s own risk. All costs, taxes and fees arising in connection with the winning of a prize are in the sole responsibility of the winner. There is no right of appeal. We shall be entitled to exclude individual participants from this and future sweepstakes if there are justified reasons, such as violation of conditions of participation. By entering the sweepstake, you accept these conditions.

This will be the perfect Christmas present (or just keep it for yourself!) 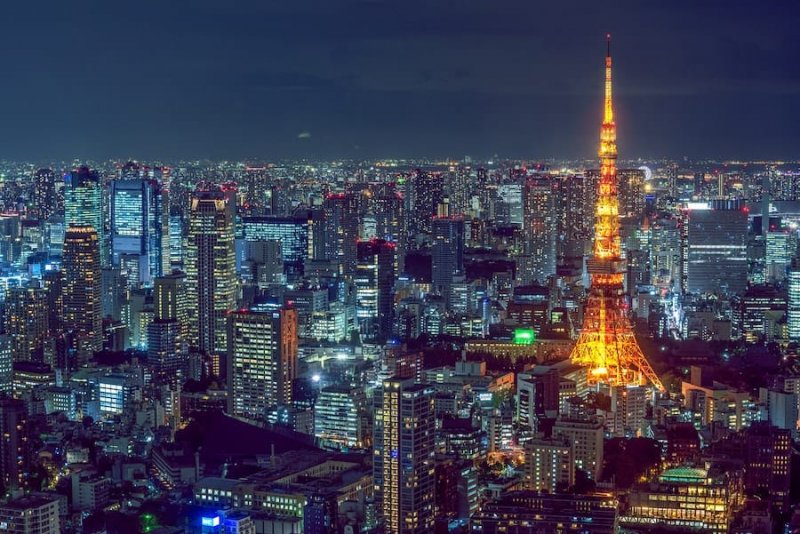 To celebrate the 2020 Summer Olympics in Tokyo, Travel With Bender is teaming up with Klook to give away a massive $500 travel voucher. 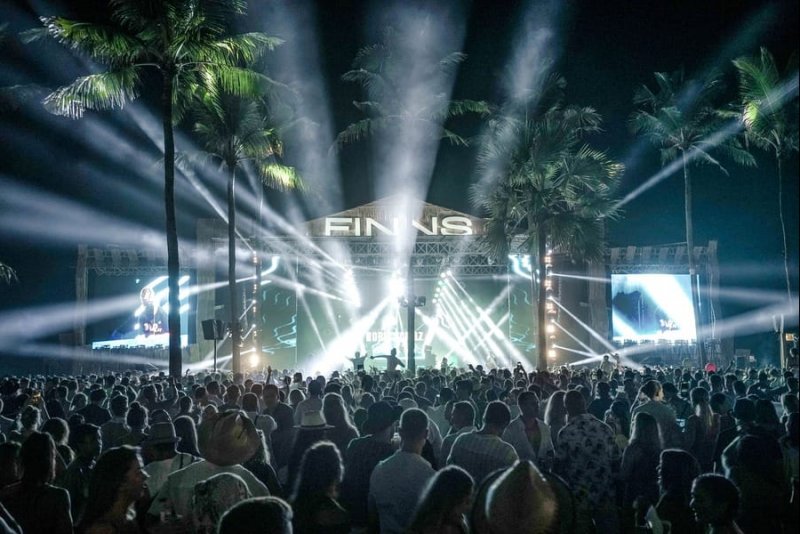 Win 2 Tickets To Bali’s Biggest New Years Eve Party (And Party With Me!)

Thanks to my friends at Klook, come and join me at Finns Beach Club for the biggest party of the year in Bali on 31st December 2019. 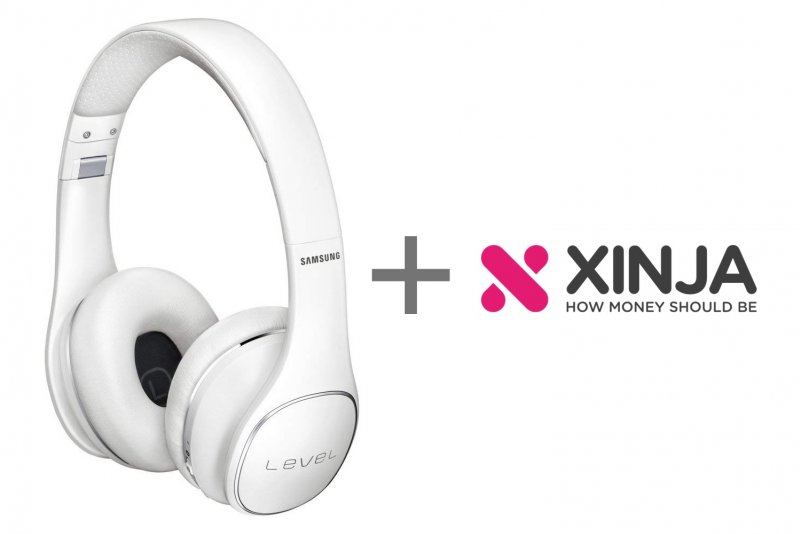 Our friends at Xinja are giving away a pair of Bluetooth headphones along with a prepaid card to help you experience freedom to the max! 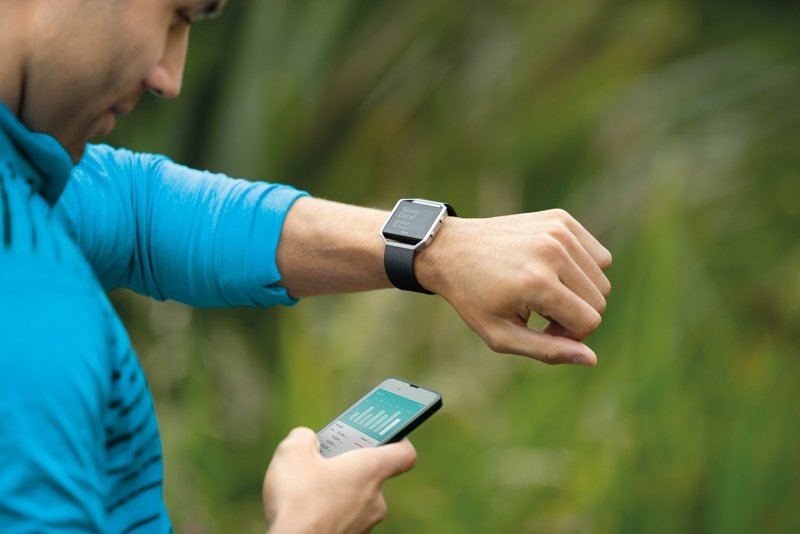 Our friends at Tep Wireless are giving away a stylish new smartwatch to help you stay on top of your fitness goals. 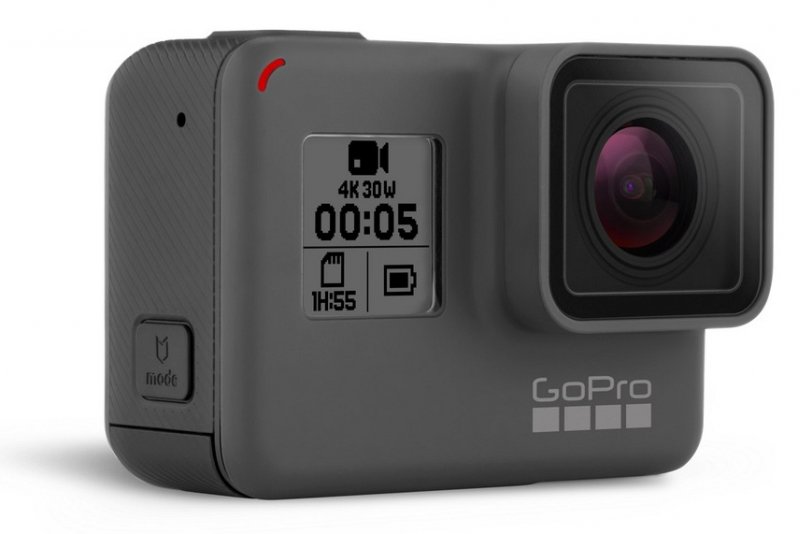 Get your hands on the world's most popular action camera thanks to our friends at Trepic. 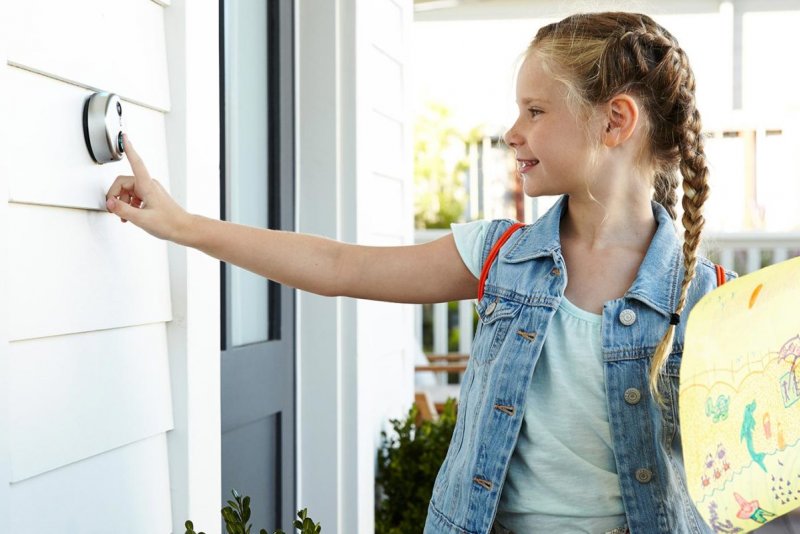 You can trust one of the world's leading VPN software providers for security and privacy. Now they've teamed up with us to give away some great prizes. 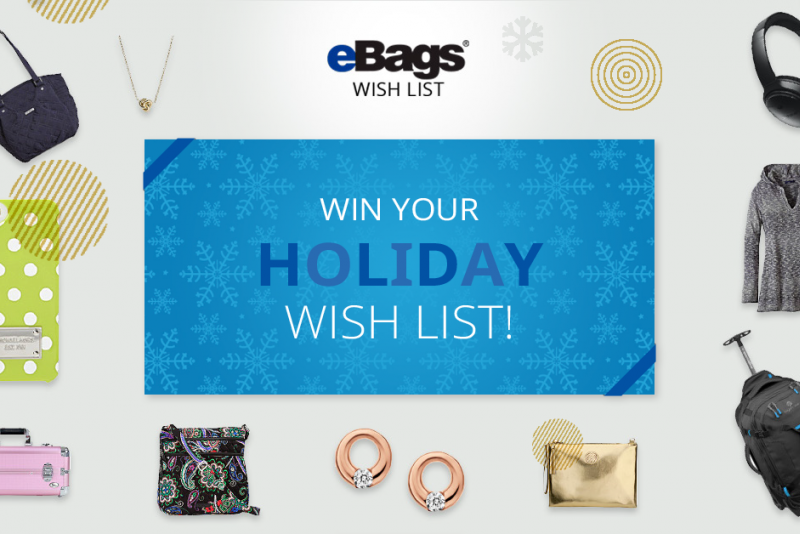 Just pick your “Wish List Personality,” make your list and check it twice - then share to enter for your chance to win eBags gift certificates, with 1 prize of $250 and 3 prizes of… 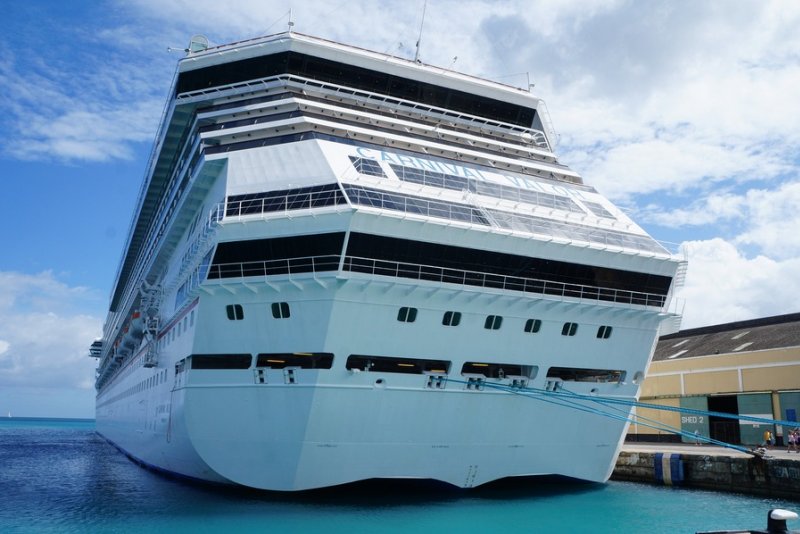 Win An Amazing Cruise – Show Me Your #CruiseSmile

Find out how you can win one of 4 amazing cruise packages up for grabs, plus more prizes in an upcoming Twitter chat. 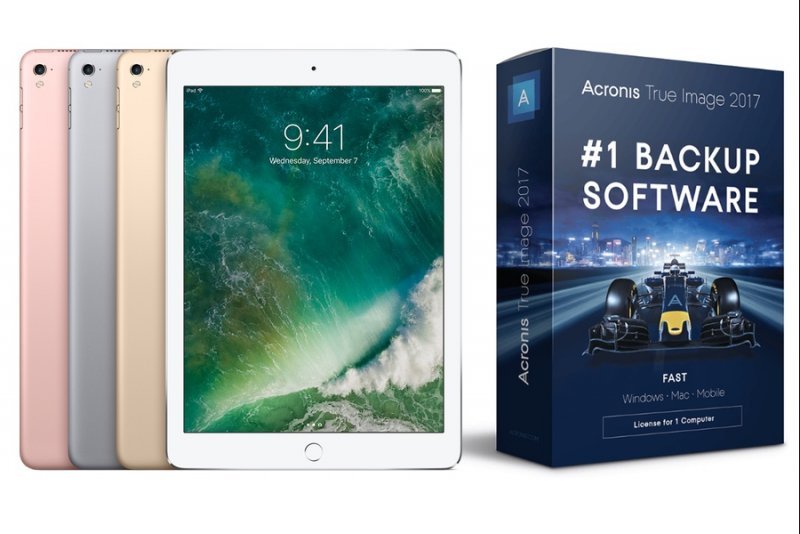 In addition to a brand new iPad Pro 9.7 inch tablet, we are giving away copies of super-fast backup software Acronis True Image 2017.

I was 16 and on my first overseas trip to Bali. I had a surfboard, undies, swimmers and 1set of clothes but I ended up bringing home a huge hand carved banana plant!!! My parents couldn't believe it and I displayed it very proudly in my room. Even when I got married it moved in with us. It was the perfect talking piece when you had visitors. Then sadly We had a garage sale and for some reason it ended up getting sold to be displayed in someone's shop :( never to be seen again but still a fond family memories :) #SouvenirStories

On my first trip to the Philippines I was wandering around Olongapo City and stumbled upon this woodcarving workshop. As I strolled through the shop, looking at various carved statues, tacky souvenirs, and everything in between, something caught my eye. A blow gun complete with intricate designs carved onto the outside and a set of metal-tips darts. As I picked it up to examine it in greater detail a man came up to me, "she'll kill a running chicken at 50 feet -- if your aim is good enough" he said, smirking. Sold! I took that back home and my friends and we had so much fun with it for the next few months, creating all sorts of games and challenges to see who was the best marksmen. Eventually the blow gun was lost while and on two subsequent trips to the Philippines I searched Olongapo for this woodcarving shop but have never been able to find it again :( #SouvenirStories

Some years ago we took a trip to Acapulco. My husband purchased one of the colorful sombreros - he thought it would like nice on our rec room wall. Of course, he never thought about how we would get it home. As luck would have it, the small plane was full and we thought he would have to wear it home, but the stewardess took pity on him and placed the hat somewhere in their storage area. Since then,we think more carefully about the souvenirs we purchase.

the funniest souvenir we ever had was an Hawaiian coconut bra. My hubby wore it as a joke with a grass skirt and complete w. ukele in hand.

I bought a few too many souvenirs from a market in rural Ecuador. I bought traditional ponchos for everyone in my family and discovered at the airport that they made my luggage too heavy! Long story short, I wore 6 alpaca wool ponchos on top of each other on my flight. I almost passed out because they were heavy and quite warm - and I looked ridiculous during my layover in Miami #SouvenirStories

a 10 foot feather boa for grandchild, got home and puppy decided he needed to help it. He had 10 feet of feathers strewn throughout the house.
Pomeranians and feathers do NOT go together so whenever he moved the feathers went everywhere.

H e was so proud, mouthful of feathers and a smile on his face.

On my first trip to Jamaica (still one of my favourite places), I bought a hand-crafted cedar statue of a handless pregnant women, which was supposed to be a fertility symbol! I don't know just how effective it was because I didn't have my (only) child until some thirty years later.

To be honest, the most bizarre souvenir I ever bought wasn't for myself but for a friend back home. I was 21 and walking around in Lido de Jeselo in Italy. I have never experienced a vibe like that town before or after! Absolutely buzzing. I was in the alcohol section of the store when my eyes alighted on a bottle of beer...not just any beer though.
Hitler Beer
Complete with the label of the bottle involving a picture of Hitler saluting.
To be honest I was completely shocked that something like that existed...and then I thought of my friend who was back home (he is German, I'm not) and knew I had to buy it for him. He luckily has a very good sense of humour.

Re: OMG, I can't afford much but luv the tiny bottle with local sand,sea shell in it & the place name outside thebottle. Wow, prize 1000-visa-prepaid- gc is fab. & splendid. 2 fingers snap. It is tight, fly & off the chain. Thank you for the awesomeness, the contest, and generosity. Pick me, pick me! Dear Santa: I’ve been nice. My X-Mas wish this year is to win this contest.

What a awesome giveaway! My favorite souvenier's are from 2 sisters in El Salvador that we know. Their father is blind so they use whateve they can find such as rags and chip bags and weave them into purses, placemats and coasters. The SMILES on their faces were priceless when we bought almost all of their things!

Photo is significant to me because it is my first grandchild

#SouvenirStories - the time I spent visiting South Africa I purchased a few carved, wooden tribal dolls. Well the male doll had its private parts carved very big and it stood out like ..how do I say..like Pinocchio's nose...it was hilarious. I gave the set to my whimsical aunt and my ultra-conservative uncle who both laughed & laughed and had to show everyone they knew. That was funny

not sure how to add a picture here, but here is my Tweet with photo

OOPS my bad, forgot the hashtag-

#SouvenirStories- not sure how to add a picture here, but here is my Tweet with photo