Show Me The Money: Spend Less Than You Earn

We have meet Andrew & Tanya from Magic Travel Blog a few times back in Australia and they are a sweet couple, now with a new baby girl. Frugal travellers that enjoy house sitting and street food and are ready to Show You The Money.

Wow, that is a long time ago. I think we had maybe $24,000 stashed away. We had both been working full-time and saving one person's whole wage to build up our savings. $24,000 meant $2000 per month for one full year of traveling. Our original plan was traveling from Malaysia to Japan overland (no flying allowed) and we figured that this would be enough to get us there.

As an aside, after eight months we had only made our way through Malaysia, Thailand, Laos and Cambodia and we still had a very long way to go. At that point we decided to abandon our plan. If you are going to do an epic overland trip, make sure to move quicker than we did.

We use ATM cards from our home country, Australia. Initially we were paying quite a bit in fees but we shopped around and found an Australian bank (ING) that charges minimal fees. It is also sometimes possible to find a bank in the country you are in that doesn't stick you with an ATM fee. If you can find a non-ATM fee charging local bank getting money out in another country is potentially not much more expensive than getting money out at home.

We have a range of income sources.

I've been working as a computer programmer on and off for over a decade and currently work remotely for an open source software organization in Australia called Moodle. I started working for them full-time when we returned to Australia after spending a year teaching English in Thailand. After two years working in the office as an employee I switched to working remotely as a contractor. That allows me to not only work remotely but to also vary the hours I work so I now have a greatly reduced work load. I have been doing that for around two and a half years.

The exact amount we receive varies depending on how many hours I work. I typically aim for around $3000 per month after we have given the tax office their cut. This funds our lifestyle as well as allowing us to save some money for the future without taking up time that I would prefer to spend with my wife and our new baby or exploring another country.

Next up, we have an apartment. During the decade before we started traveling we bought, renovated and sold two small fairly crappy apartments, although they were actually pretty nice by the time we sold them. We did ok doing that so now we have a reasonably nice apartment where the rent more than covers the mortgage plus all the other costs of owning a property.

Although our apartment produces some handy extra money each month we don't actually spend it. It all gets tucked away for the future. Although living for today is all well and good you need to have a retirement plan. We are in this for the long haul.

Finally we do make some money from magictravelblog.com. It is not a huge amount however, especially once you consider the vast amounts of time that has gone into the site. Its definitely a labor of love. What money we do receive helps cover our living expenses allowing us to save more.

We have tried affiliate marking, selling ebooks and similar typical "make money online" type ventures, never with much success. These days we stick to what we know and try to avoid the lure of allegedly easy Internet money. The arrival of our daughter Zoe has brought this into sharp focus and we are now very conscious of what projects we spend time on. 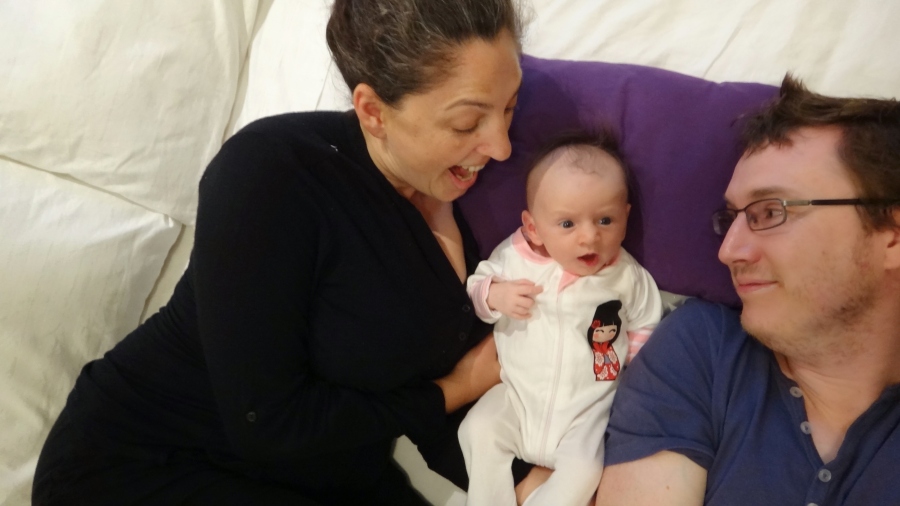 I have a few that stand out.

I often think of one guy we met who seemed to really have it going on. While at a post office in Kuala Lumpur the man next to us at the counter had a giant sack of small packages that he was sending. He sold fishing lures online. Lures are small and light so they are easy to store and cheap to mail but can be expensive so there's a good profit margin there. It wasn't so much unusual as it seemed to be such an obviously good idea. We had a great conversation while we waited in the queue.

I am both impressed and somewhat suspicious whenever I meet someone who claims to make their living through affiliate marketing.

In Taiwan we read about an American who made his living as a rapper. He raps in Mandarin, a language he can not speak. He writes his lyrics, a friend translates them and he memorizes the sounds. Making a living in the music industry is difficult enough, never mind when you can't speak the language of your fans.

Our transport cost is highly variable. We often spend a month or two in one spot so our transports costs for that time are negligible.

As we are usually in no rush, we also favor trains which are often significantly cheaper than flying. And of course we also tend to spend a lot of time in south east Asia so, even if we do fly, moving around within the region is pretty cheap.

In a few months however we are flying from Australia to Europe. That will be a very expensive day. Once we are over there however we will be in the region for at least six months making sure that we get plenty of value out of those airfares.

We try to stick to $30 per day for accommodation. I know that sounds low and its not always possible. It is definitely possible in cheaper countries. In more expensive countries we gravitate towards house sitting when we can to avoid paying for accommodation altogether. Our accommodation budget may creep up now we have a baby.

We strongly favor street food. In much of the world you can get a delicious meal from a food vendor for less than what it would cost to buy the ingredient yourself. Depending on the country food varies from $10 to $30 per day.

The one exception to our street food habit is breakfast. Tanya really likes a western breakfast meaning porridge, muesli or toast. That way we can eat and get some work done before we have to put pants on in the morning. As an added bonus its a very cheap meal.

We are actually really bad tourists. We don't do a lot of tours and instead derive our entertainment from unusual food and simply walking around exploring. Maybe $200.

Email, chat and skype handle most of our communication needs and are entirely free. If its cheap we will purchase a local sim card so we can get 3g Internet on the iphone. You can pick up a sim card and some credit for less than $10 in a few countries in south east Asia in particular. Otherwise we just rely on wifi.

In total we are usually looking at something around $2,000 per month. Sometimes it is less, sometimes it is a bit more. This is deliberately well below our income. That gives us a nice buffer should anything unexpected crop up.

House sitting has been huge for us. In 2013 we had multiple house sits that added up to five months of paying $0 for accommodation or utilities.

Tanya did some reading about house sitting online, applied for a few house sits and we got offered a six week house sit in Taipei. We pretty much went to Taiwan purely for the house sit. It was awesome and we have been house sitting regularly since then.

Although we have now house sat once in Taiwan, twice in Singapore and look forward to more international house sits we have done far more house sits back home in Australia. That way we can visit our families but still have our own space without resorting to paying for horrendously expensive Australian accommodation. We house sit every time we visit Australia.

We are usually pretty frugal so we don't waste a lot of money. We have typically replaced our bags every six months but that has been because of our evolving understanding of our needs. Tanya is also pretty awesome at selling on our surplus gear and getting most of our money back.

Our biggest surprise expenses have been flying home due to family illness. Although its justified of course, last minute airfares always put a dent in your budget. 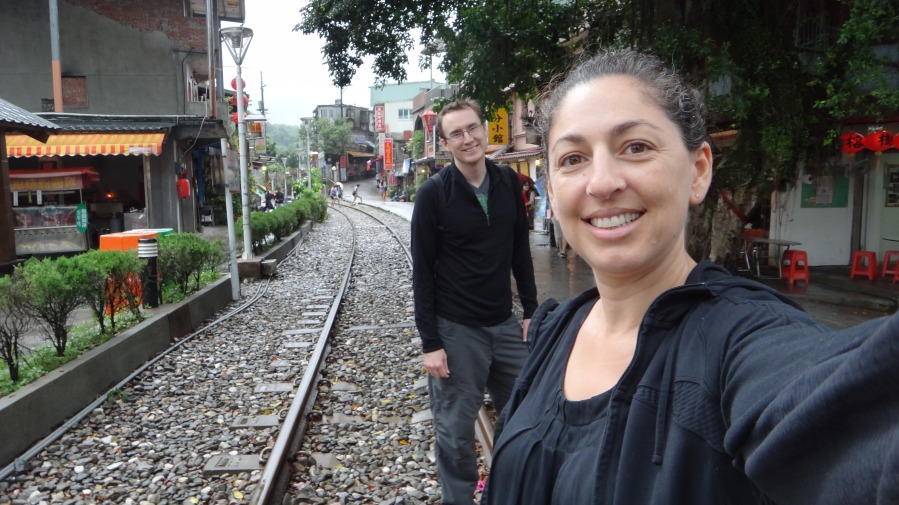 Spend less than you earn. I think I got it from my parents.

If you spend less than you earn each and every month you will always have extra money around. Saving happens without any particular effort and you also avoid getting into debts that will then eat into your future income.

If our income dips for whatever reason we cut back and reduce our costs as much as is humanely possible. It may not be glamorous in the short term, living like paupers, but in the long term it prevents us digging ourselves into a financial hole. There is no shame in saying "I can't afford it" if that helps you get the life you want.

The result is that we are able to sleep soundly at night knowing that we won't have to abandon this life any time soon. 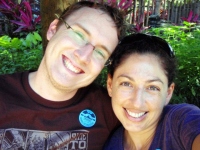 You can find Andrew and Tanya here -