Before the Blog: Leading Up To Travel With Bender

Before this adventure I travelled quite extensively. Sometimes alone, most of the time with my soul mate. So before you think how is this person just up and gone, realize there are many inspiring adventures behind the move.

My first overseas trip. I was 18 and had just graduated high school. My parents decided they would take all of us to Bali. From Perth it was only a mere 3.5 hours and considering they had 5 kids, me being the oldest, the youngest being 7 it was quite a trip.

I hated the heat and never having experienced poverty or third-worldness before I was shocked and had no interest in every visiting again. Little did I know more then 13 years later I would live there for two months on my 8th visit! 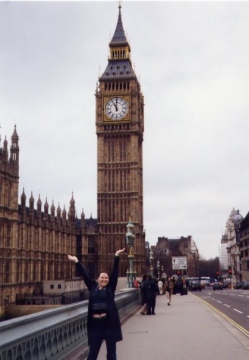 The day after my 20th birthday I booked a return open-ended ticket to London. My father is British so I got a British passport and with my parent’s complete backing, left my home in Perth, Australia very naïve and green.

I had a stop over in Hong Kong for one evening. I was so nervous and I will never forget how strange I felt being in a hotel room by myself and wondering now what? I ate McDonalds, as I wasn’t sure what was safe to eat and set up an organized tour the next day so I could see the sights safely.

Then I arrived in London. It was December. It was freezing. I’d never seen snow in my life, Perth is hot. There is rain and the temp might get down to the 15C in winter, but London was cold.

My Dad had relatives there and they were kind enough to pick me up from the airport and give me a place in their home. A bedroom, which was the size of a closet back home. I managed to get a job at Harrod’s immediately and after 6 days of working retail (never been done before) I packed it in.

I had a friend living in Belgium and she was like "what are you doing?" and I was like "well I just quit my job, I actually have some savings so I don’t need to work". So she invited me over. You must sit back and imagine how adventurous this is for a green 20 year old who just moved out of home (and was still living with parent like figures anyway). I jumped the train from London to Belgium and stayed with my friend for a week.

I believe that trip infused me with confidence. Her and I travelled around Antwerp and saw the most amazing places and I knew I had to get out more. I left her with a renewed mind about what I was going to do when I got back from London.

My trip to London was suppose to be 6 months and then come home. I moved out of my Dad’s families house into a home in Finchley Road and 6 months turned to 7, 8… 9. The house was huge and each room was set up studio style for the express purpose of girls living and working in London. It cost me 75 pounds a week including amenities. 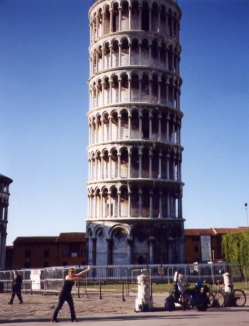 For this home I got temping jobs at well-known organisations such as Arthur Anderson and more. Between jobs I took the time out to see some of Europe.

I took a tour group to Amsterdam on my own. It was again an exciting thing for me to be going and doing things by myself. I made great friends and loved seeing the birthplace of my Mother.

I made great friends with a girl in London and in July we decided to take a 10 day trip to Italy. We spent 3 nights in Florence, 3 nights in Rome and 3 nights in Sorrento. I will never forget that trip. Being young, single (for the first time since 16), travelling with another young single and just enjoying every moment. It’s so different to travelling with kids or even a partner, complete freedom to be selfish and do whatever you like, whenever you like.  I will never forget that moment I stepped into the Colosseum, it changed my life. Knowing Christians had faced lions for their faith…. It truly impacted me and was a moment in time I will cherish always.

Eventually my “boyfriend” came to visit and asked me to please come home. While he was visiting we went to Paris, France. My first trip anywhere alone with a guy. We weren’t fans of Paris, could have been my English blood. Sure the Eiffle Tower was cool, but the rest to me was kind of like a copycat Italy. We did manage to get out to Versaille and that was absolutely gorgeous. Am a fan of history.

The few visitors I did have in London had me doing the same bus tour all over again, but I really love that tour. We saw Tower Bridge, Buckingham Palace, Big Ben, The Eye, everything and anything. I even remember one day being with a friend bored so we decided to jump on a train and go see the Monopoly board…. Those cheap places on the board, certainly are cheap in real life too.

Finally I promised my boyfriend I would come home, and certainly it was good timing because I didn’t want to head into another winter. So nine months later I moved back to Australia. My boyfriend proposed and we were married a year later.

Newly married, hubby & I jumped a plane for our honeymoon in Phuket, Thailand. We stayed at the Thavorn Beach Village and the only way to our hotel room was up a cable car. The rooms were set in a cliff overlooking a beach. It was the most amazing thing I had ever seen and a honeymoon I couldn’t have topped. We rode elephants, hired a scooter & bought $1 DVD's. We loved Thailand.

We did some of Australia, visiting Sydney, Adelaide, Melbourne. Thought we better get some home turf under our belts while building our own home and getting caught up in careers and whatnot. 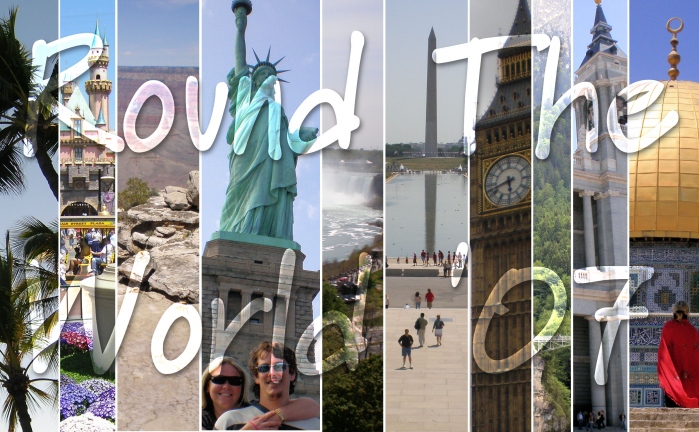 The house had been built and it was time to do something big. Josh’s parents had moved to Israel and it had been awhile since we had seen them. But to get there was a mission, so we decided to book a round the world ticket that was going to last over 7 weeks.

Finally our 2 weeks in Israel came to an end and it was time to go back to real life. To go forward you have to go back, so the journey home took a long time. Israel to London, London to Singapore, Singapore to Perth. Home. 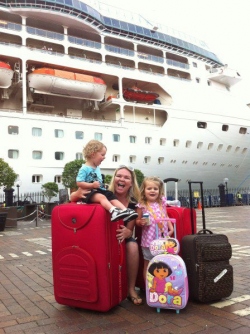 Syndey & Singapore (including a side trip to Bintin, Indonesia) with our 9 month old baby. She won a competition and was voted one of the 5 cutest babies in Australia so they paid for us to go to Sydney and stay for the photoshot, etc. Then after that we had plans for Singapore, we absolutely fell in love with Singapore - gorgeous destination and then our mini holiday to Bintin after Singapore was just what the doctor ordered.

Bali again. Before the birth of our new son.

Our son was now 1 and happy to stay with Grandmother so we made 4 trips this year – 2 with the kids, 2 without.

It was during this cruise that we realized we had spent a lot of time in 2011 out of Australia and it was so expensive to keep coming back to Australia. It was so far from everything. It wasn’t like London where you could jump across to Europe at any time. It’s not like America where every state is different and unique and has amazing things to do and see…. And well wouldn’t it be good just to not come back for awhile…..

Thus started our plans for our Nomad 2012 journey…

Find out exactly where we have been to date...

And find out more about where we are right now:

More posts from Who Are We?...

"I respond to every comment by private email. So please leave me comments, I love chatting to you" - Josh Bender
Posted by Chloe on Feb 2nd, 2015
I love this. Especially as you've done SO much more than you even had on your 'where are we going list'. I love hearing what inspired people to travel- it's so interesting that your first jaunt didn't do it for you but you persevered and the bug set in! And the difference between travelling as a singleton/couple/family- whoa, they contrast!!

Also- as much as I love this article, I also love that your writing style has changed since you wrote it. You've kept your character in your writing but your more recent posts reflect how your view of everything changes I think. It's nice to compare to earlier posts like this