Where in the World is San Pedro, Ambergris Caye, Belize?

It occurs to me that perhaps a lot of people do not know anything about where we currently are. That what you have heard of Belize is the mainland and a city rife with crime where no one should ever be staying. Or perhaps you have never heard of it at all? I certainly had never heard of it until our good friends the Kings told us of how they lived here. When I heard their stories I knew I had to come.

Anyway we are not on the mainland of Belize we are in the (only) town of San Pedro on the largest island of Belize called Ambergris Caye, located in Central America. This town has a population of about 13,381 and it seems everyone knows everyone. The island is roughly 40 km long north to south and about 1.6 km wide (tiny, right?)

There is little Spanish spoken here. Most people speak English. My guess is that is influenced a lot by the amount of expats in the community as well as US tourism. The major tourism is divers as Ambergris Caye holds the second largest barrier reef after our one in Australia. My husband tells me it's actually because it's a British colony, I can't see anything British about it... What Brit eats beans and rice? :D

The Belize Dollar is pegged to the US at $2BZ to $1US. It's been that way for decades. Most places accept US dollars or Belize dollars. The bigger hotel restaurants also accept credit card. The Atlantic Bank in town will give out more money then the Scotia Bank, which only allows you to get out $250US at one time. Tour companies will accept creditcard, but you get better discounts if you pay in cash.

Everyone drives a golf cart

Golf carts are the island’s primary mode of transport. There are a few taxi vans for luggage transport, but apparently there is an 80% tax on cars so they are not overly popular. A golf cart is really all that is needed considering the length of the island and width of the roads. We were very generously donated an electric car from another travelling family and the novelty still hasn’t worn off. 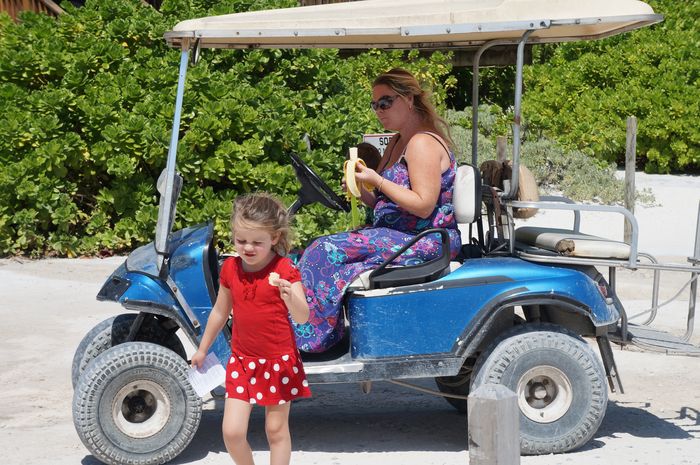 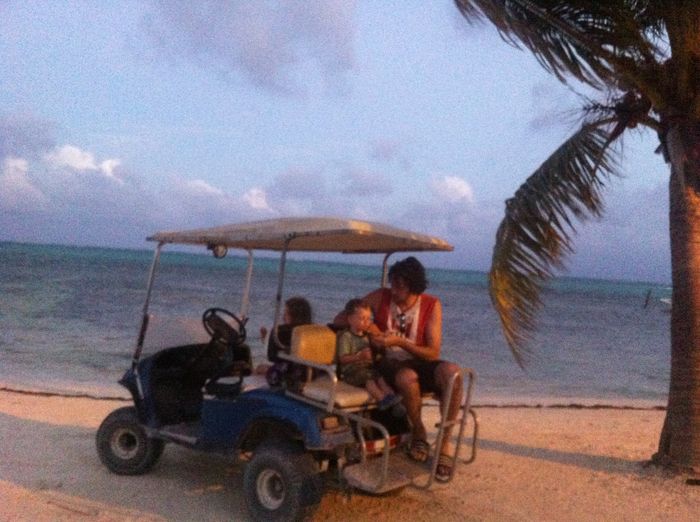 Everyday we are excited to drive around in the golf cart, especially near the bridge where you can drive along the beach in the setting sun, I mean honestly, does it sound any better?

The airport is in the middle of town, I drive past it everyday - it's tiny. The only other form of transport is boat; a lot of people use a boat to get around too. Oh and bicycles. Bicycles are some times faster then golf cart and we enjoyed 2 days of bike riding when we first arrived.