Why I Cried When I Visited Dragon Cave, Croatia

Imagine a dark, mysterious cave protected by a fierce mythical dragon. A fire-breathing beast laying waste to anything that stands in its way. A ferocious beast with razor-sharp teeth, devouring it’s prey in just 1 bite. A beast that shows no mercy and instils fear in all that cast their eyes upon him.

Well, maybe a little. He did induce a flood of tears and piercing wails from our kids. Let me explain… 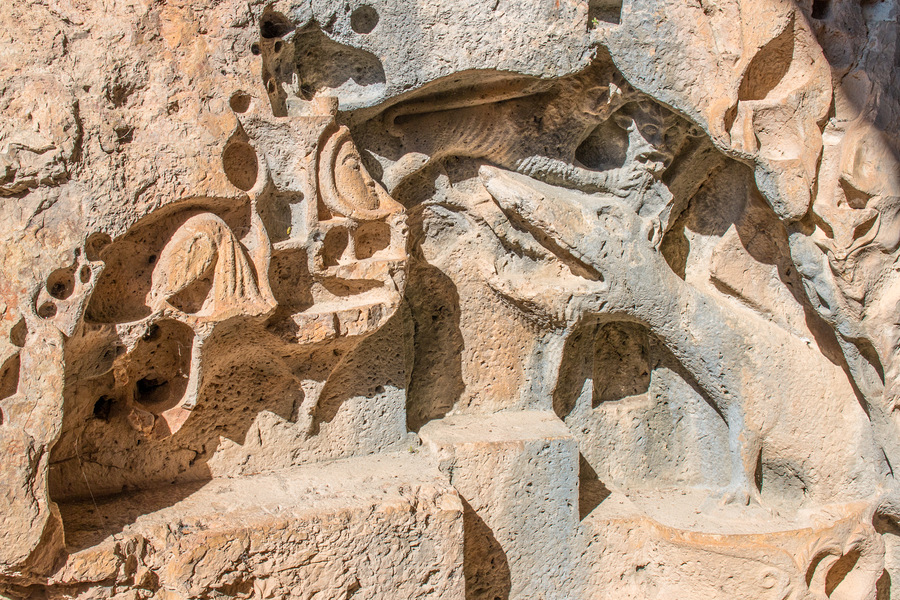 The namesake stone carving of the Dragon Cave

Perhaps a little more research could have been done before we tackled this tour. What we failed to realise was to get to Dragon Cave was a 1-hour walk up an elevation of 300 metres, clambering over rocks, past steep cliff faces and tough terrain. 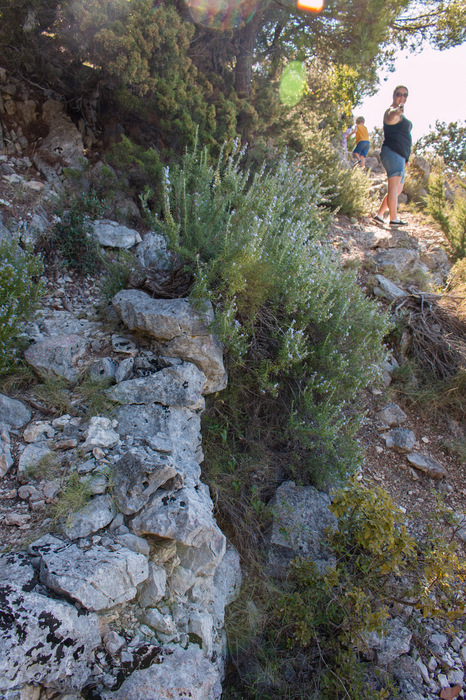 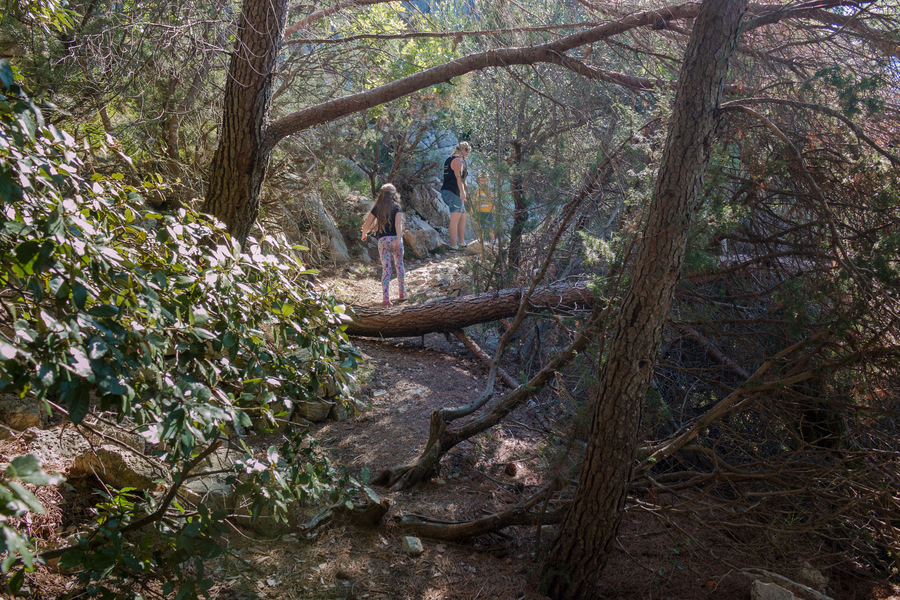 Finally, after what felt like several kilometres of sweat and toil (and Skittle bribes), we arrived to the most magnificent views of the surrounding islands and sea. 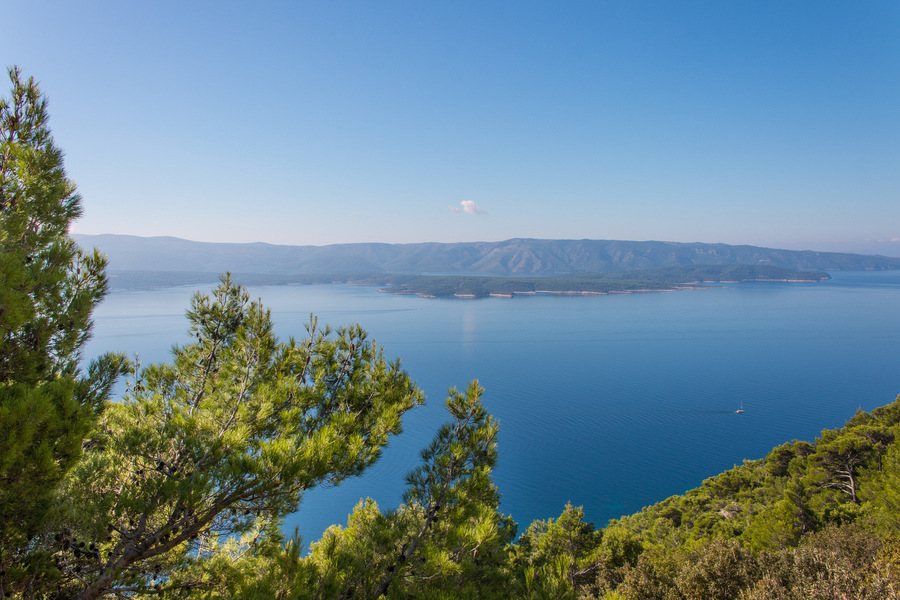 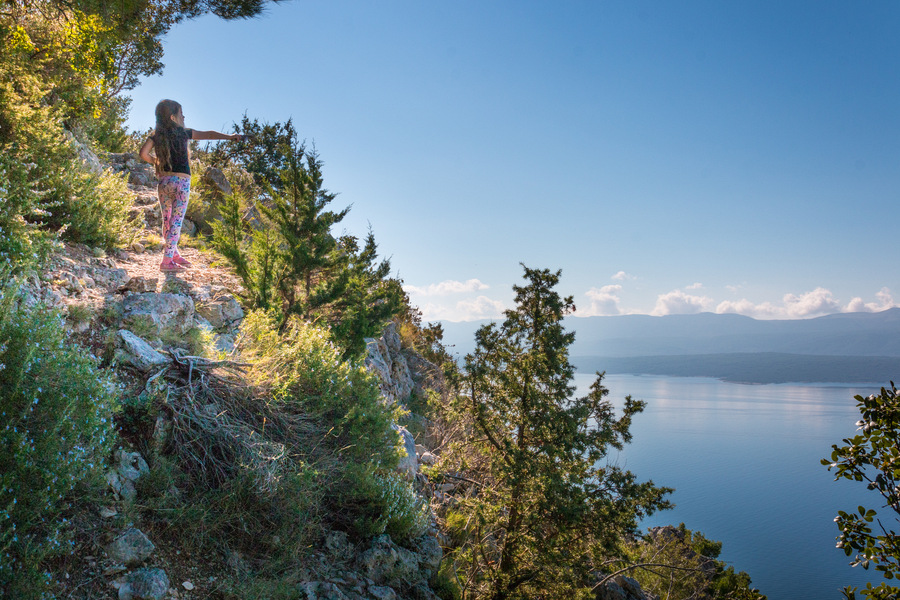 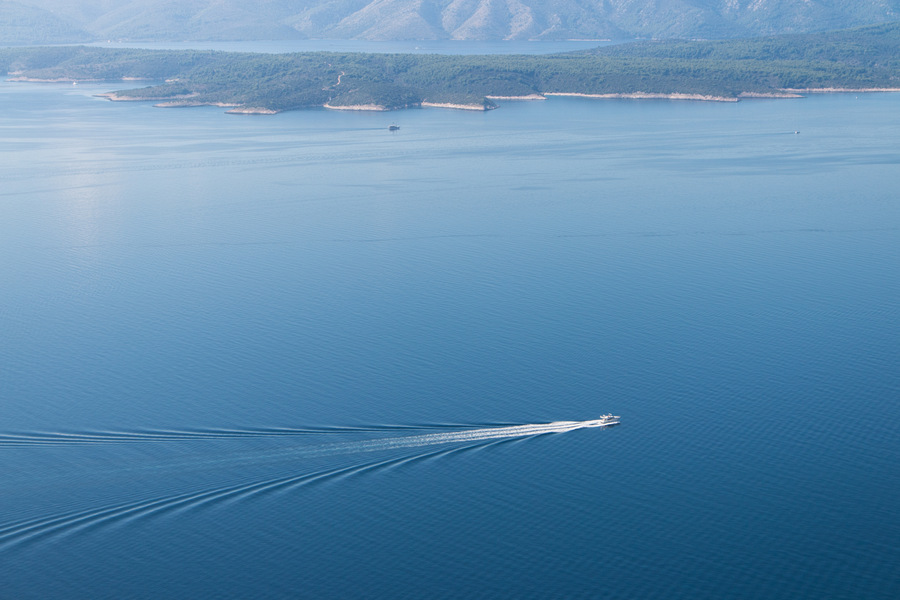 Nearby was a beautiful historic chapel and 5 minutes further on was the prize jewel, Zmajeva Spilja (the Dragon's Cave). 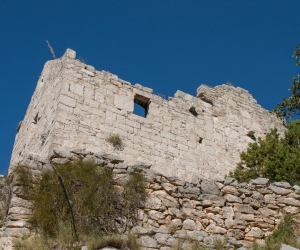 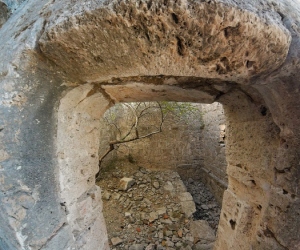 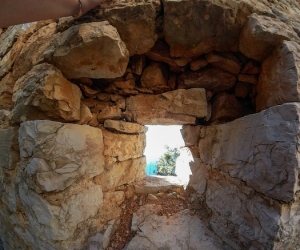 The kids were vaguely disappointed by the lack of real fire-breathing dragons and decided to spend most of their time outside the cave playing with rocks and sticks in the dirt, creating their own imaginary dragons and whimsical fairy-tale stories.

Inside the so-called Dragon Cave was a wall carving of the Leviathan (dragon) inspired by the Book of Revelations from the Bible, hence the name. Apparently its main purpose was a temple and home to the Glagolitic priests from the 16th century - only one of 4 monasteries on the island. 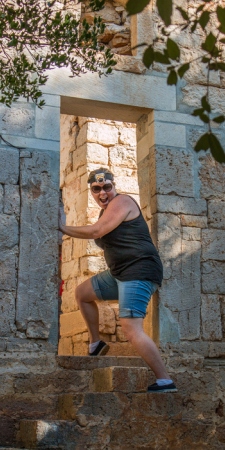 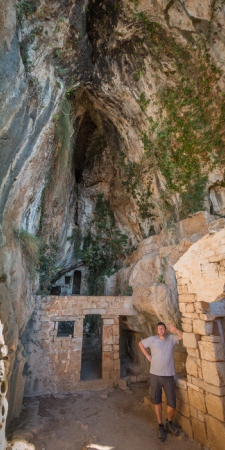 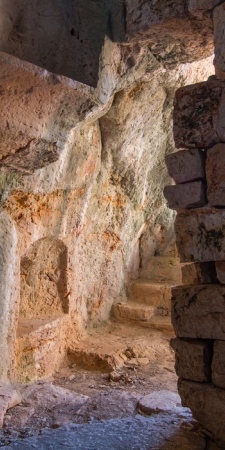 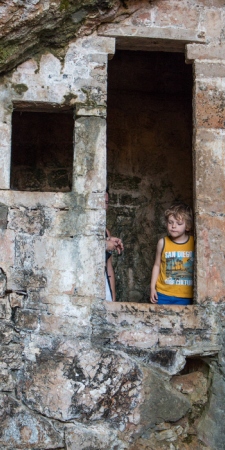 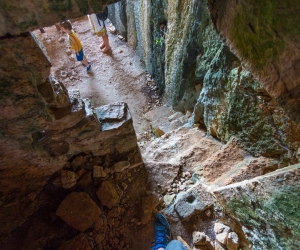 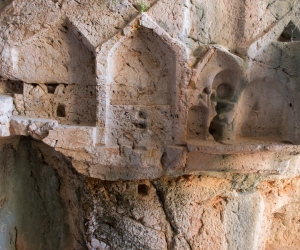 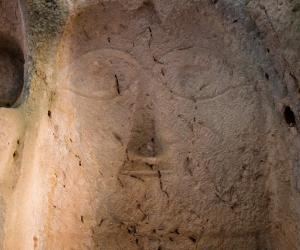 There are many theories surrounding the purpose origins of the carvings in the cave with no one seemingly having a definite proof of either the Slavic mythology or the Christian iconography. It’s also possibly a combination of both. It’s some 20m long, carved into the actual rock face of the mountain with creepy vines and silvery spider webs that made one feel like they were stepping directly into an Indiana Jones film. Maybe not somewhere I would of wanted to linger after sundown. 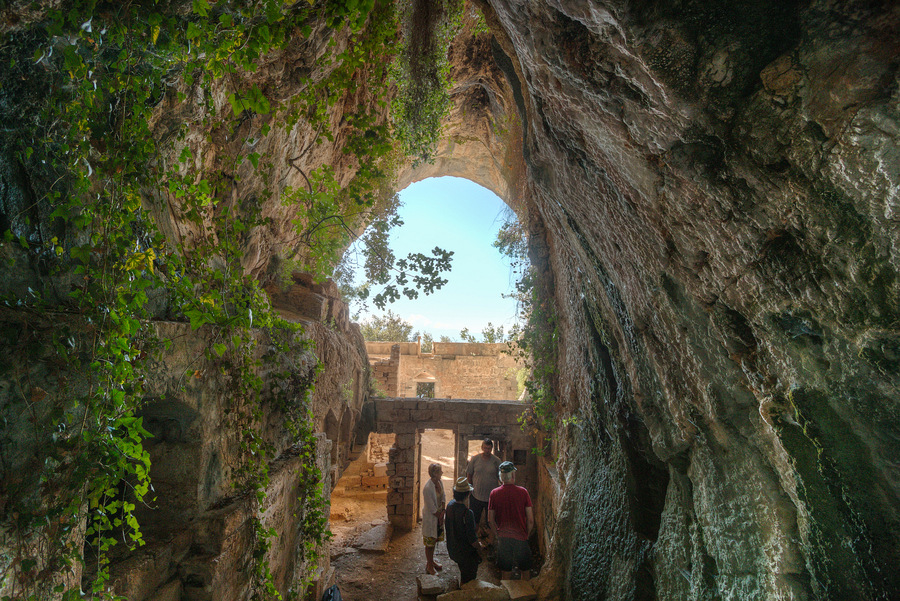 There is only one man with the key to the cave, figuratively and literally - our guide. He had been touring with visitors for over 14 years. His knowledge of the cave and surrounding region was outstanding, and so were his fitness levels. This journey wasn’t for the faint hearted. 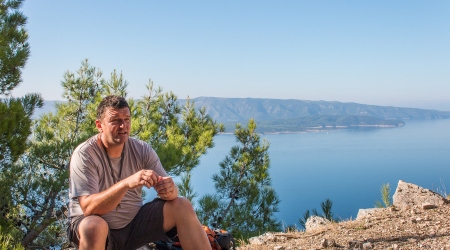 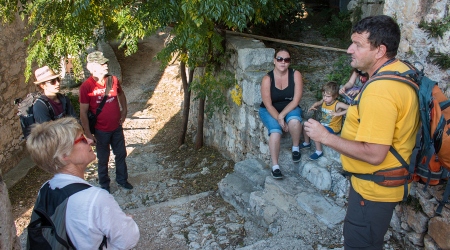 On our 1-hour journey back down the slope we stopped by at a new winery being etched out of the mountain and tasted a handful of super sweet juicy red grapes. 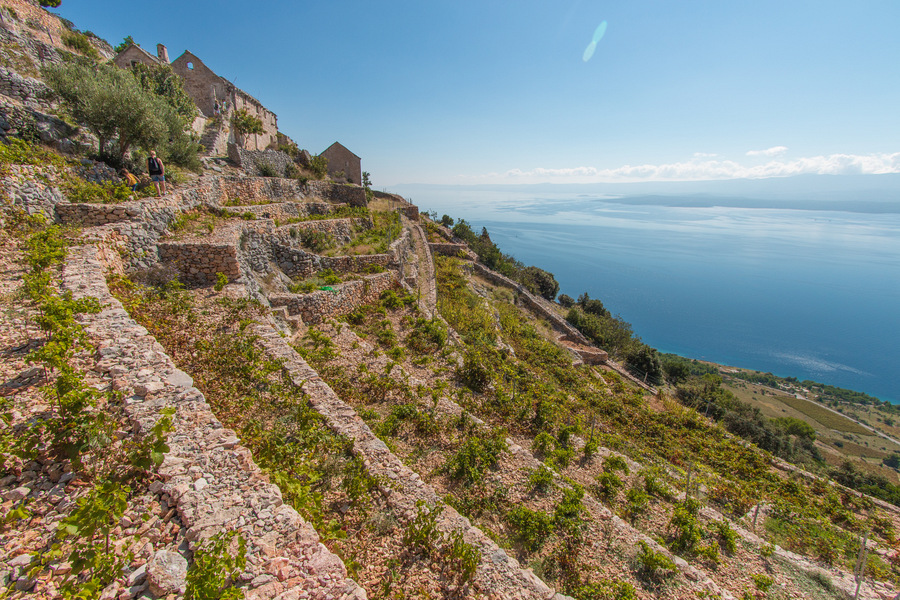 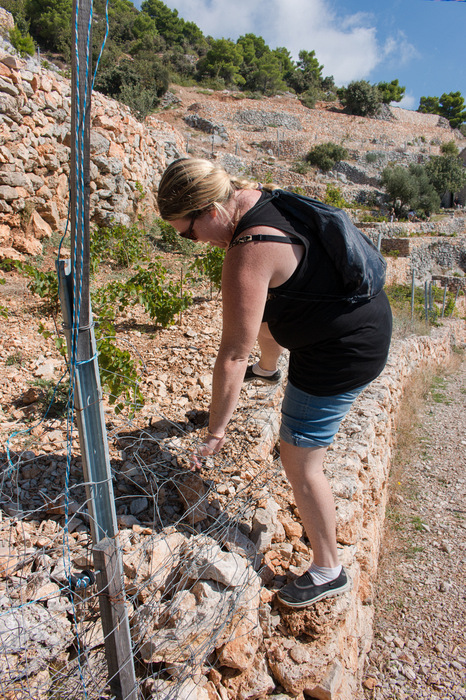 Climbing the fence to get through the winery 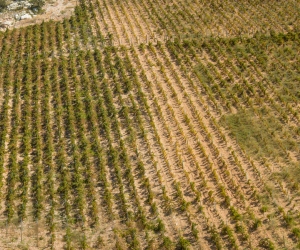 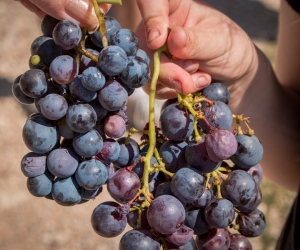 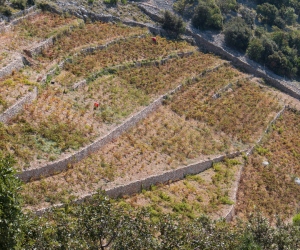