So, you're ready to explore Queen Elizabeth's hometown and delve deep into the crevices of some of the best cities England has to offer.

Usually, when people plan a trip to England, they jump straight to the capital city of London. Minds race to perfect red phone boxes and black cabs moving around the bustling city. However, we've been there, spent our five days in London, and so it's time to explore some other cities.

We're giving you some amazing alternatives to visit outside of the iconic capital. These cities also have impressive landmarks, art museums, restaurants, shopping districts, and rich British history.

Join us as we give you an insight into five of the best cities to visit when travelling to or around England. 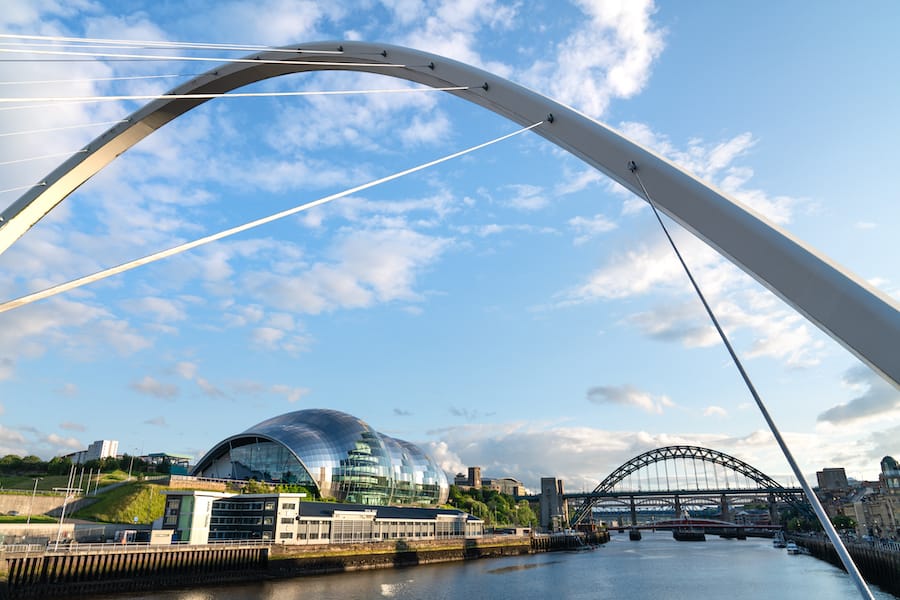 So perhaps you're not quite ready to let go of the capital just yet? Fear not, as we transport you to the 'capital of the north', and one of the UK's largest cities outside of London. Manchester is a vibrant city, full of energy and creativity, bursting with music, football and culture.

The city offers its tourists and residents a unique experience with phenomenal food, rooftop bars spanning the city's skyline, and a celebrated music scene all surrounded by Manchester's industrial history.

Step back in time at a local gig and remember when Oasis graced the stage or grab a coffee and stroll around the shops in the Northern Quarter, and for the football fanatics, be sure to check out Old Trafford and the National Football Museum. 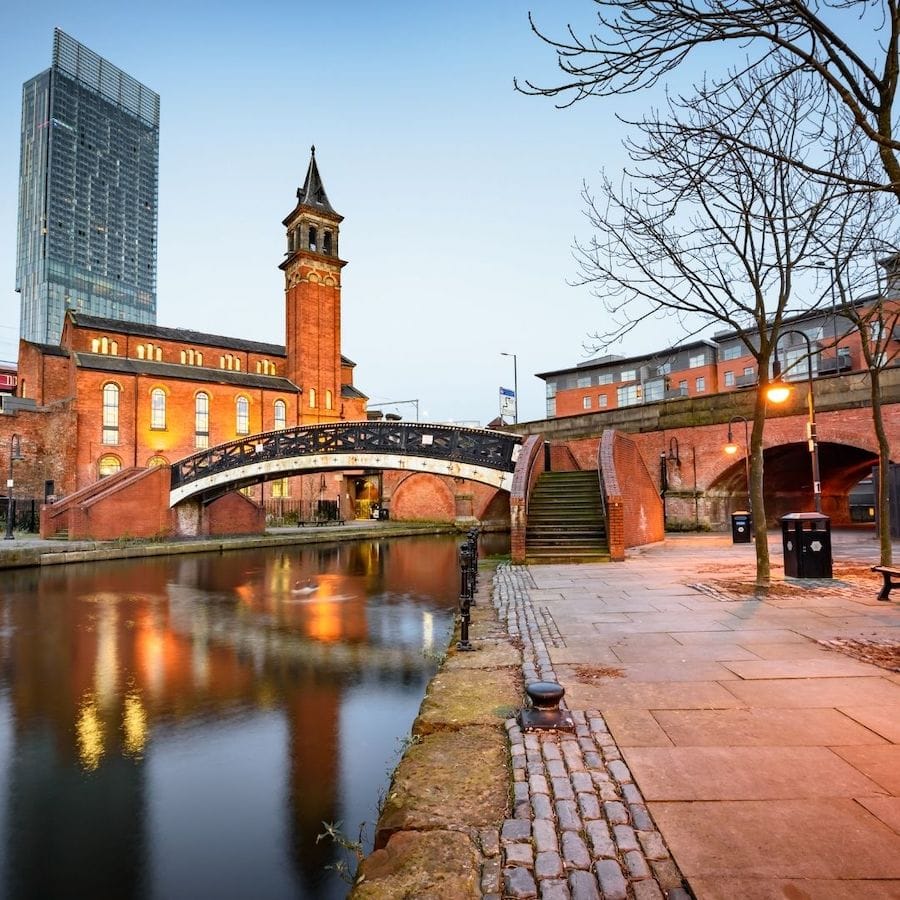 Birmingham screams fun for fashionistas looking to shop until they drop, choccie lovers and those who want to get a glimpse of the inspiration behind The Lord of Rings and The Hobbit books. Situated in the West Midlands, Birmingham houses the Bull Ring markets and contemporary landmark shopping mall, brimming with high-street and designer fashion and delicious eateries.

During the 1700s, more than one hundred boats passed through Birmingham and visitors are welcome to take in the city's sites by a canal cruise. The city is recognised for its ethnic diversity, and the majority of people living and working in Birmingham are under twenty-five which brings about a new and exciting perspective. According to RWinvest, this is why so many people are looking to visit, study, and invest in the city.

Liverpool is the land of the Strawberry Fields and home to the Scousers. Situated in the north-west of England, Liverpool has so much to offer those passing through. From the famous Cavern Club to the national museum collection and the oldest Chinese community in Europe, this city really does have something for everyone.

Like many other cities in England, Liverpool has a strong cultural heritage and was titled Capital of Culture back in 2008. Known for its spirited nightlife and celebrated Aintree races, this bold and energetic port city has a lot to give. Head to the trendy Baltic Triangle for the latest brunch spot or stroll along the Albert Dock with family and friends before grabbing a bite to eat. Enjoy a weekend away with a loved one, a trip with the girls or take the whole family to this colourful city, as there's plenty for the kids to do too!

Leeds is a thriving and lively city filled with art, theatre, street food from around the globe, and surrounded by the Yorkshire Dales' crisp countryside. Whilst we love the hustle and bustle of the city, sometimes it's just as enjoyable to venture into the local forest park or head for a mountain bike trail, which is only a short ride from the city. Once back in Leeds, enjoy a spot of afternoon tea or a thirst-quenching local beer. Whilst we're on the topic, why not head to the Northern Monk Brewery for a tour and then to Kirkgate market for some of the tastiest street food around! We recommend grabbing a Yorkshire pudding wrap for a mouth-watering local treat!

The city of Leeds is an enchanting place filled with history in the Victorian shopping arcades and magic at the beautiful ballet. Leeds truly comes to life in the winter, as visitors cosy up and indulge in some festive fun, while eating, drinking and witnessing the magical lanterns that light up the city.

Walk England's longest medieval city walls, one of York's main attractions. Rich in history, this city has many activities for you to indulge, including visiting the largest medieval church in the country - York Minster. Simply, hop on the sightseeing bus and enjoy many of the hotspots York has to offer.

If you want to dip your toes in Yorkshire water, why not walk along the banks or try a cruise along the River Ouse? This is a wonderful way to take in the beautiful architecture and even test your motorboat skills if you're up for the challenge. Lastly, you can't leave York without wandering down the cobbled streets of the Shambles. Widely associated with Harry Potter's iconic Diagon Alley, the medieval streets are one of York's largest visitor attractions packed with winding paths, tearooms and small boutiques. 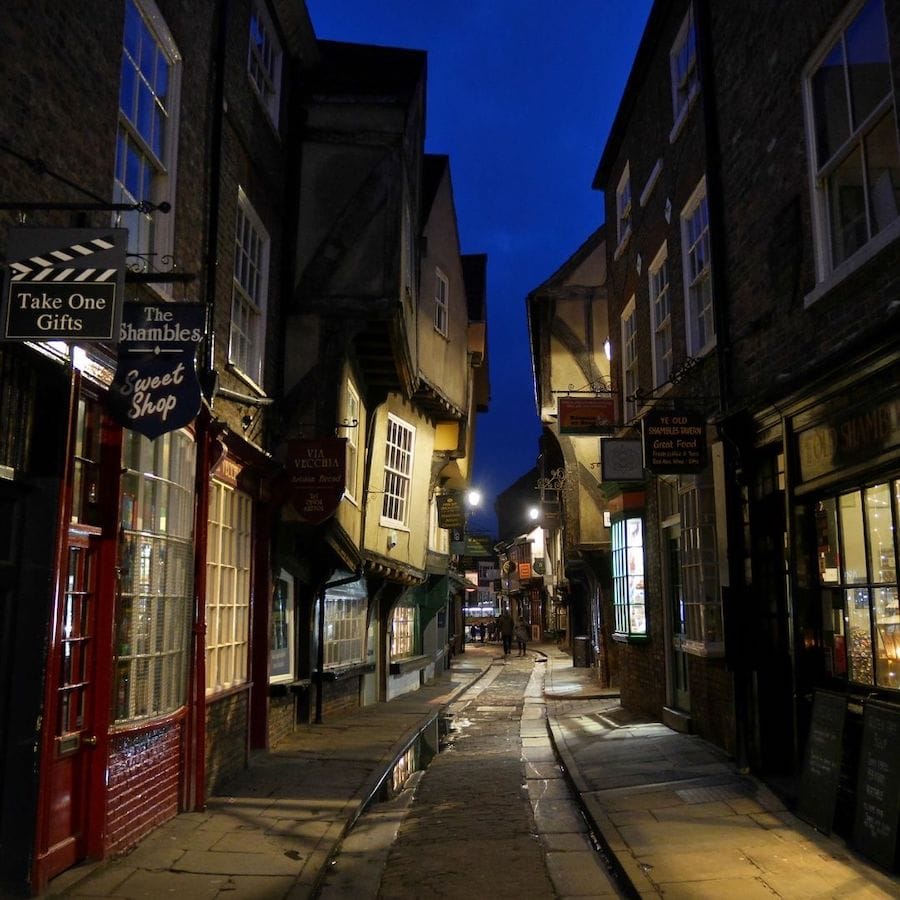 Why not incorporate some of these fantastic cities when planning your next UK road trip and make it an experience you'll never forget.