Win an extraordinary weekend trip for two to Madrid!

Josh and I visited Madrid back in 2007. A beautiful city that I'd love to visit again. And here's my chance!

Madrid, often overshadowed by the romantic city of Paris, the hustle and bustle of London, the grand beauty of Rome and even by its neighbouring city of Barcelona, should be more than just an afterthought when planning a trip to Europe. 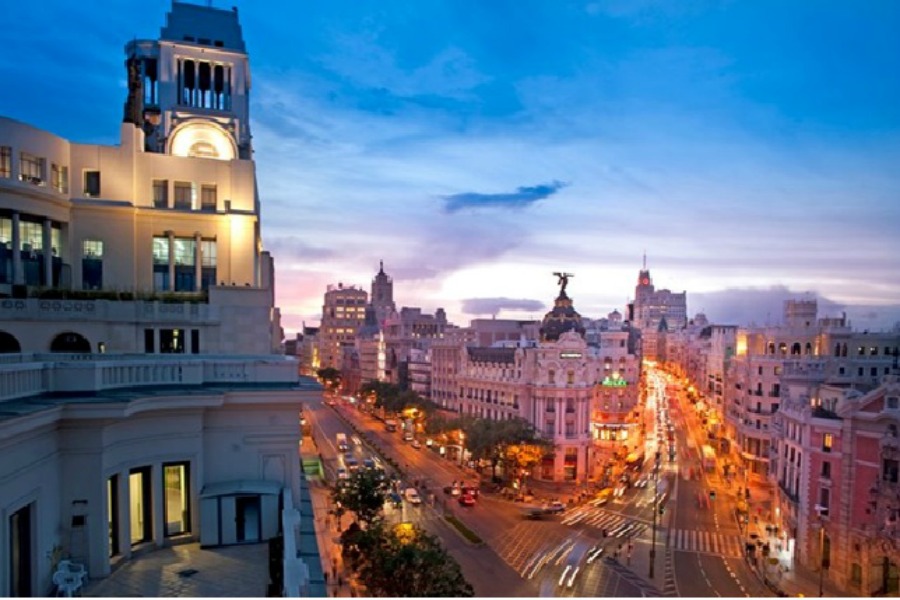 While the capitol of Spain may not have iconic buildings such as the Eiffel Tower, Colosseum, or La Sagrada Familia where you can point and say ‘this is Madrid’, Madrid has nothing to be envious of, as it makes up for this with its rich cultural heritage, mouth-watering local cuisine, endless choice of night life and the know how to live by its inhabitants who define the famed “Spanish way of Life”.  This is a great destination for anyone, and the good news is ES Madrid is giving away a weekend trip for two in the beautiful city. So check out the video below, find out what the city can offer you and enter the contest here.

Begin your journey by exploring Madrid’s cultural heritage. Nourish your artistic side by heading to Museo del Prado. Larger than the Louvre, this Museum contains over 9000 artworks. Its walls lined with masterpieces from the Spanish, Italian and Flemish schools, include the famous piece, Las Meninas, by Velázquez and Third of May, 1808, by Goya. Free to the public, and offering daily educational activities, Museo del Prado is a must for art lovers. But Museo del Prado is not the only museum in the city, and also has the splendid Thyssen-Bornemisza Musem and Reina Sofia Art Museum.

If Museums’ aren’t your thing, marvel at Madrid’s historically rich architecture. Lose yourself in the centre of the city by taking a stroll through its narrow winding roads lined with medieval mansions to 18th and 19th century apartments. Then watch as the landscape transforms admire the cities growing scene of environmentally friendly buildings and contemporary architecture with unimaginable angles.

Beyond the city’s large art scene and rich history, Madrid has recently evolved into one of the richest culinary capitals of Europe. Start your morning at a café and order the traditional ‘churros’ (strip of fried dough) accompanied by rich hot chocolate to dip them in. By lunch, find yourself in El Barrio de La Latin, the neighborhood of La Latina in the centre of Madrid, famous for its large choice of Tapas bars. At any bar, be sure to order patatas bravas, jamón serrano, Spanish omelette and for the more adventurous, don’t miss out on the pigs ear or ox tail. And if your taste buds still aren’t impressed, explore well known restaurants such as Club Allard or Ramon Freixa who are leading the Spanish culinary revolution through their creative modern cuisine by using traditional flavours but presenting them in a brand new way. Get ready to be served a plate of mango raviolis made to look like egg yolks: melon, pear and peach “caviar”; and nitrogen frozen cocktails.

To end your weekend, pay a visit to a Tablao, sit back, relax with a glass of wine and watch performances of Flamenco.

Don’t dismiss Madrid as just another city, do yourself a favour and experience Madrid for yourself! Make sure you check out the official Madrid Tourism site, where you can win a trip for two to this magical city. The holiday includes two nights with breakfast at one of the NH Collection of hotels, two Madrid Cards to enjoy the city fully, and two City Tour tickets for getting around.

Yves-Lang Alloy born and raised in the sunny state of California, Yves-Lang has, since the ripe age of 18, been seeking out new adventures by travelling through Europe and Asia, to finally find herself settling down in the beautiful but daunting city of London. With an insatiable hunger to learn, she loves to read, and continues to plan new adventures for the future.