5 Things You Must Know Before Planning A Trip To Europe

Europe is a magical wonderland. Within a day you could pass through several different countries and cultures without pulling out your passport or even hopping off a train. 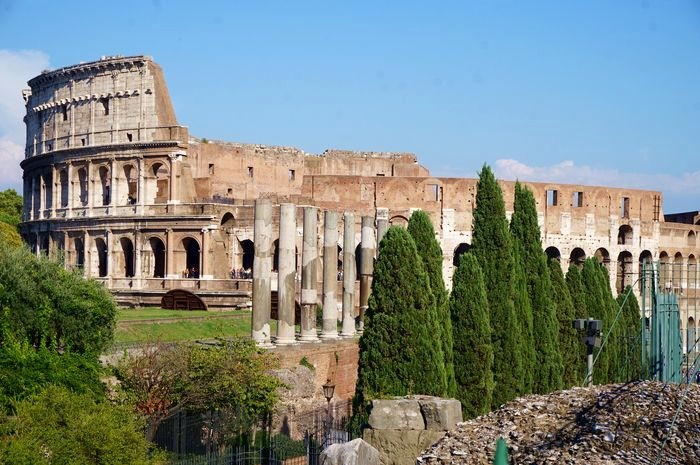 Many countries actually spend half the year gearing up for the tourist season. During this lead up there is not a lot happening or even open so visiting out of season can be disappointing and frustrating. The Greek Islands, for example, are in full swing May to October, but outside of this you will find sleepy villages with only a handful of open restaurants catering to the local crowd.

Even Sunny Beach in Bulgaria was a ghost town when we arrived in May - shops closed, one restaurant open, no one by the pool. When June hit the resort town had made a miraculous transformation with stores suddenly opening, every restaurant buzzing and sunbeds by the pool getting snapped up before 10am. It’s almost like everyone got the same memo at the same time.

Check the seasons of the place you want to visit and make sure you will find more places to eat then just your hotel. With that in mind be wary of off-season discounts that look too good to be true… this might be the reason why. 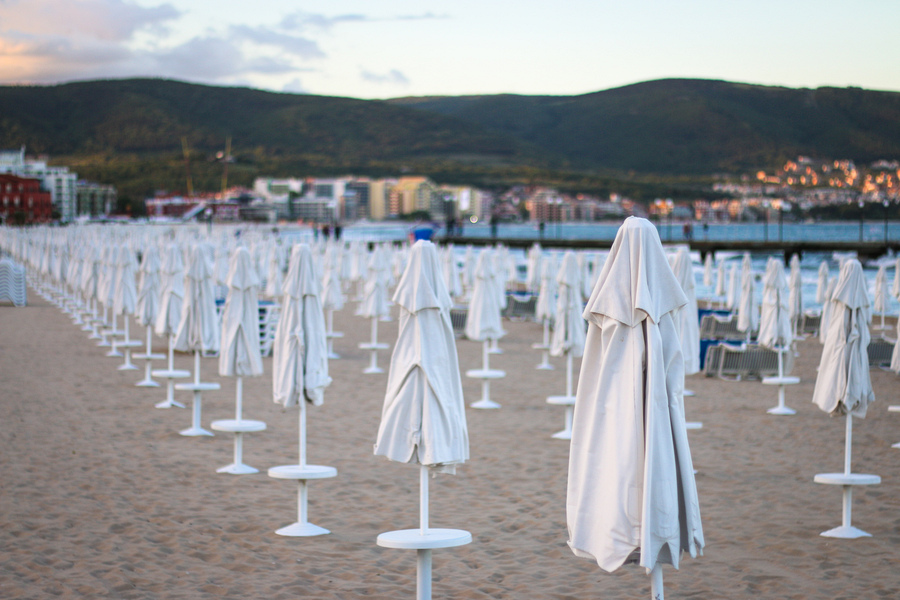 In a lot of places flights seem the only way to traverse such vast countryside, especially countries like Australia with relatively little to visit in between the nation’s major cities.

Europe has no such problem. Of course you can fly and most flights are less then a few hours. Also with the cheap airlines these days like Ryanair, EasyJet and WizzAir, flying has become so much more accessible to everyone.

But Europe also has a highly developed railway system that can transfer you from London to Paris to Venice to Vienna and back again. You can board the train in Bulgaria at 9pm and sleep comfortably arriving in the morning in Romania. It’s a convenient way to see Europe - fast and scenic. Eurail offer handy monthly tickets or you can just purchase as you go. Keep in mind reservations may be required for some trains.

Perhaps you prefer to road trip. We did a 1-month road trip across Italy, France and Spain, which was just breathtaking (especially when the French police stole our car!). You can drive through countries without showing a passport and it is so serene being in Italy one day and then checking in on Facebook in France the same day. Including a lunch stop in Monaco and you’ve done three countries in one day. In Australia the same amount of driving would still have you in the same state! Tolls can be expensive though, as well as fuel,so weight up the costs and benefits before setting off.

If you like the idea of a road trip but don’t want to drive, then hop on one of the many bus tours making their way around the countries. My sister did this method and raves about the people she meet and the places she visited, all while just looking out the window. Organised tours can be a pain in the ass if you are wanting more out of each destination, but as a classic European overview for first timers, it’s definitely an easier option. 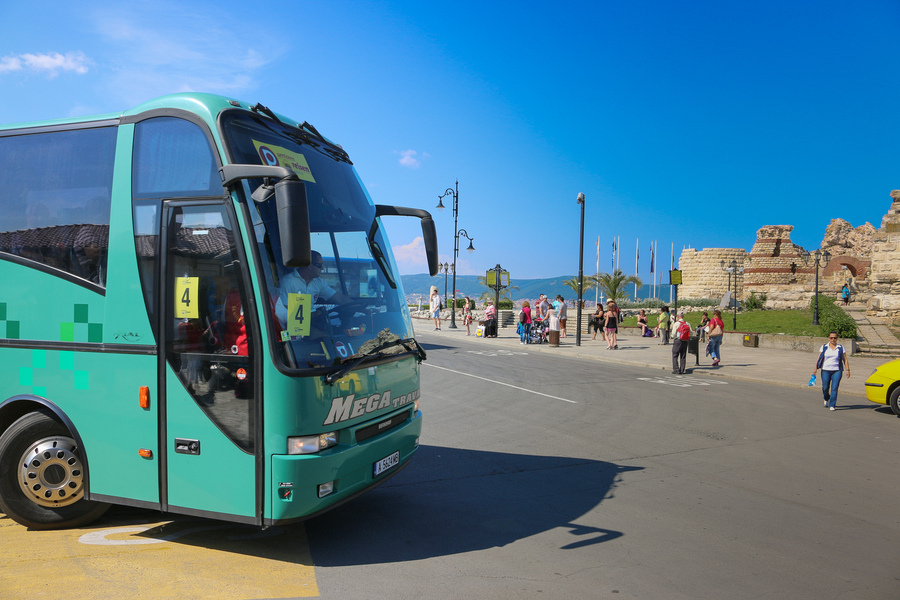 There are two halves of Europe – the West and the East. The West is where you will find sipping coffee in Paris costs a pretty penny or eating chocolates in Switzerland costing more then your lunch. But it is worth it and the experiences you find in those places more then makes up for the euros that slip through your fingers.

The East consists of places like Bulgaria and Romania, where the food is cheap and beer can cost USD $0.75. They might not have an Eiffel Tower to take a selfie in front of, but they have a rich history and equally beautiful landscape that is worth a visit. They also make a great place to save up those pennies for the Western portion of Europe. 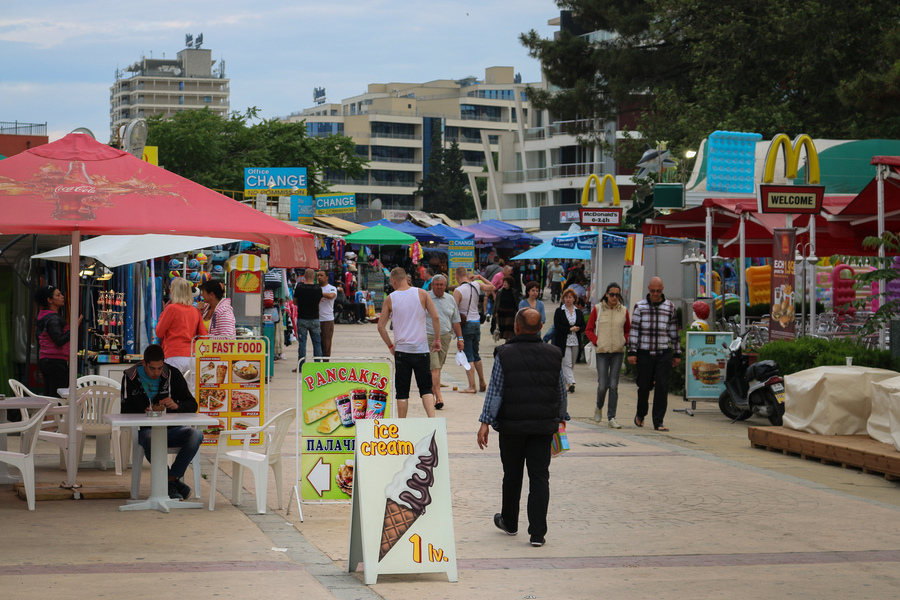 This helpful solution to passport control can turn nightmare if you don’t plan ahead. With 26 countries now involved in the Schengen agreement, it makes slow travel between them harder. 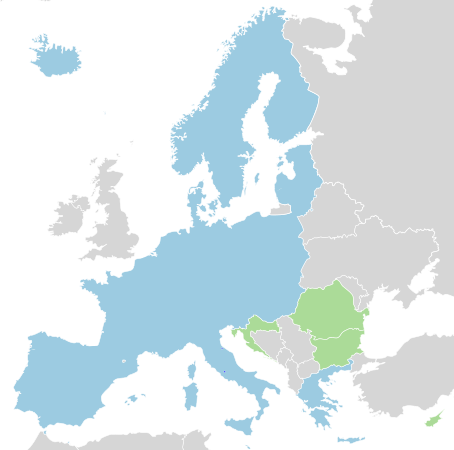 If you do not hold a European or UK passport then you must abide by Schengen rules which dictates you can only stay in the collection of countries that make up the Schengen area up to a period of 90 days within 180 days.

This means that if you plan on being in Europe for 6 months you can only spend 3 of them in those 26 countries (as of this publish date). The other 3 months have to be spent in non-Schengen countries until the 180 days is complete and resets, and then you can go back in.

Places you can hide out until your visa resets (as of this publish date) is – Croatia, Bulgaria, Romania, Turkey, UK.

We’ve heard, from numerous places, that there are ways to get around this by leaving through less stringent countries in Southern Europe or trying to avoid the entry stamp, but none are 100% full proof and we have not been willing to take the risk. I also hear there is a small 1 week leeway if you’ve gone overtime, but anything over may draw suspicions and potentially fines. 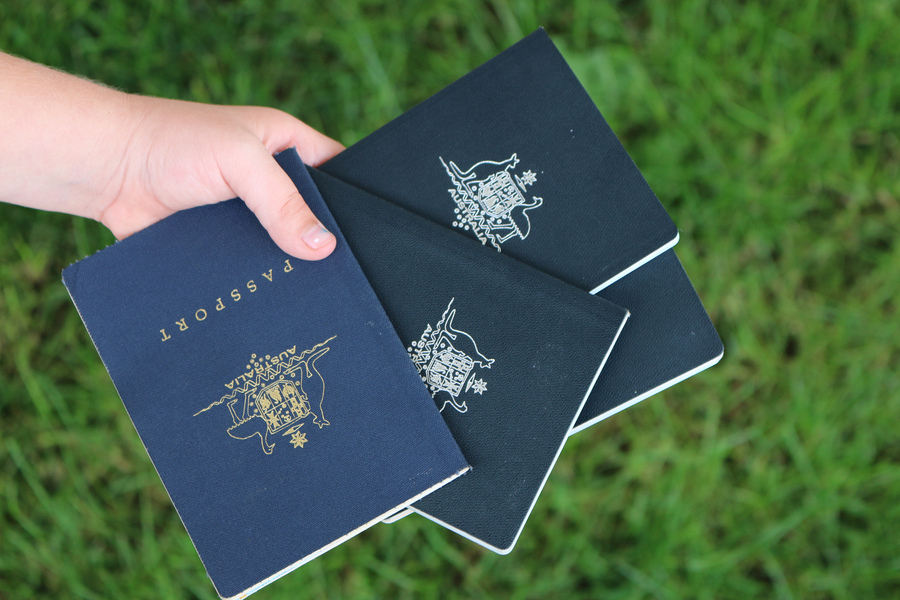 There are 84 languages spoken in Europe (plus more localised dialects), and the European Union recognises 24 official “working” languages. So you need to be aware that English might not get you as far as you want. Many European countries do speak some English. You can get by in Italy and Spain, Bulgaria and Hungary, but we really struggled in France and Germany. 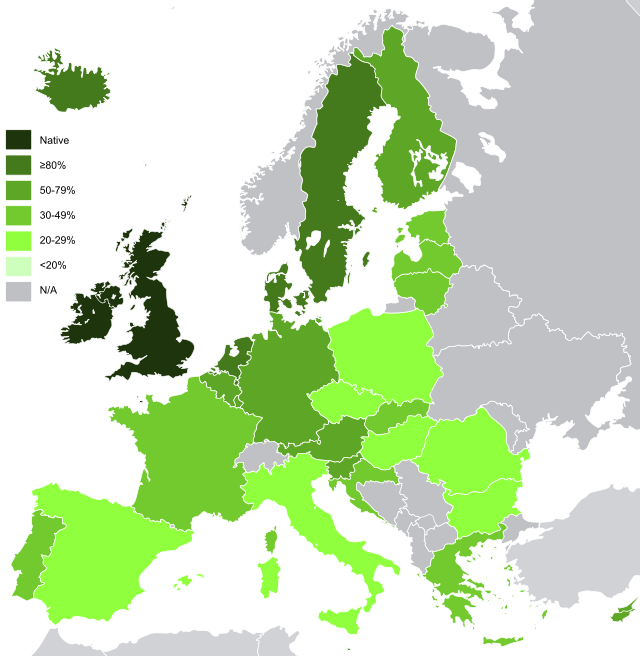 If you are proficient playing Pictionary or just using hand signals in general and communication doesn’t bother you too much, then I guess this point doesn’t need too much consideration. But if you are looking for an easier place to travel around then check the spoken and written language and review the above graphic. It may be an exhausting endeavour to drive through a country with characters on street signs you can’t decipher, or an adventure. It’s up to you how you approach it.

There are so many places to see in Europe, a well laid out plan won’t go astray. But make sure you leave room for the spontaneous and unplannable, because life is always that much sweeter when we accept those surprises. 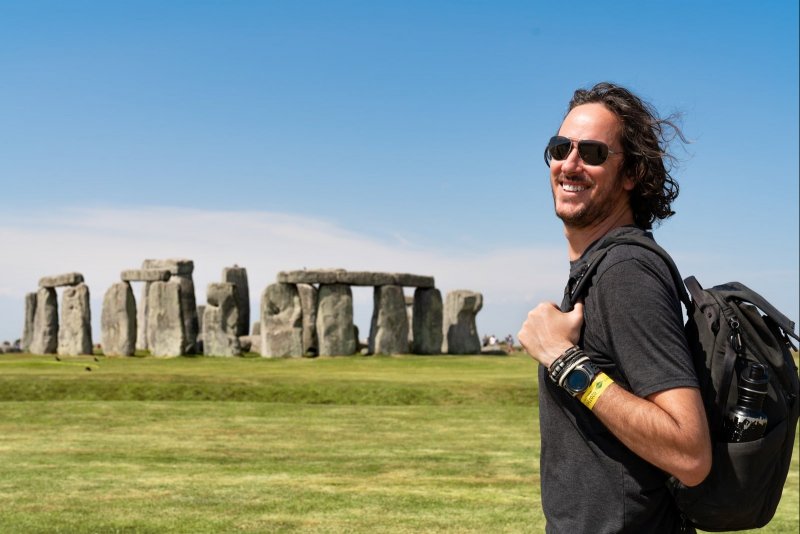 Yearning for a dream vacation in Europe? I recently put together a masterful, magical travel plan for a 4-month trip to Europe this year. I realised that with all my years of… 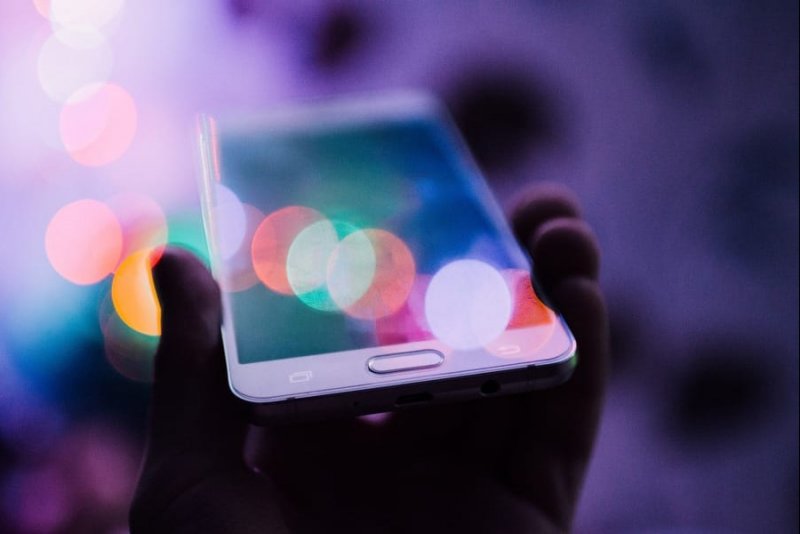 What is the Best eSIM for USA?

Before you start your American dream vacation, ensure you can stay online wherever you go. I compare the best USA eSIM plans and providers for travellers, to help you get the best… 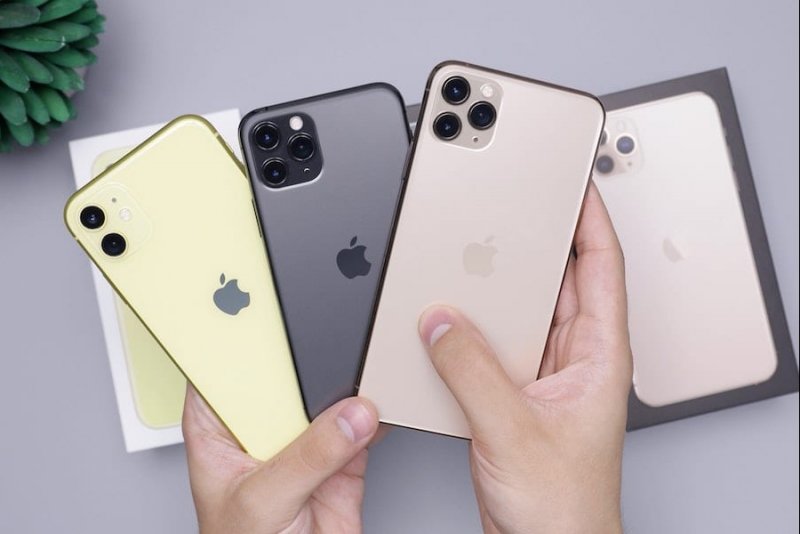 What is the Best eSIM for Europe?

Reliable, fast mobile internet during your next international trip is crucial. Find out which prepaid Europe eSIM plan is the best for you (for both iPhone and Android), and what… 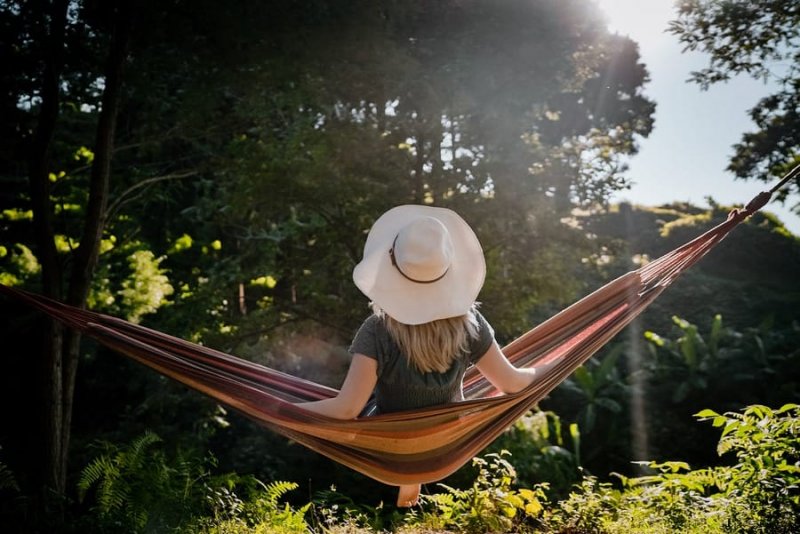 4 Ways To Save Money on Travel During Black Friday

During the days leading up to Black Friday (the day after Thanksgiving in the US) and a few days after, you can grab deep discounts on hotels, attractions, dining, transport, and… 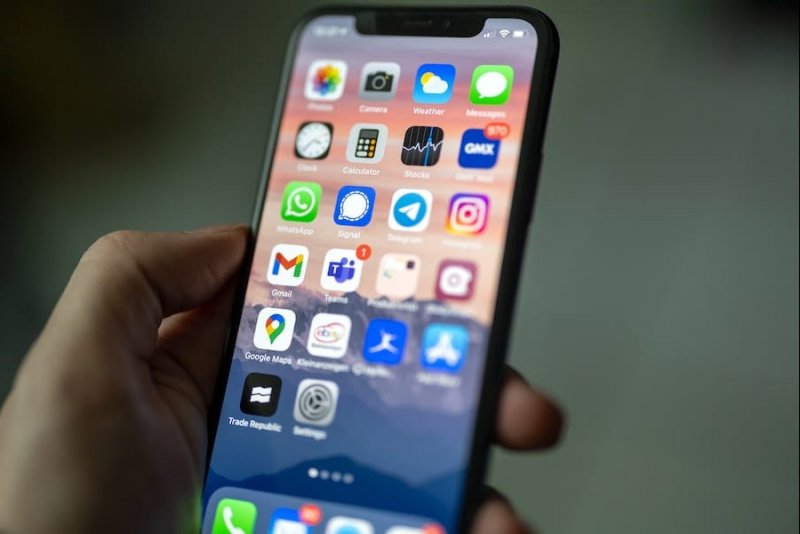 How to Choose an International eSIM for Travel

eSIM technology promises to do away with the headaches of using your smartphone for international travel, amongst other things. I'm going to cover everything you need to know about… 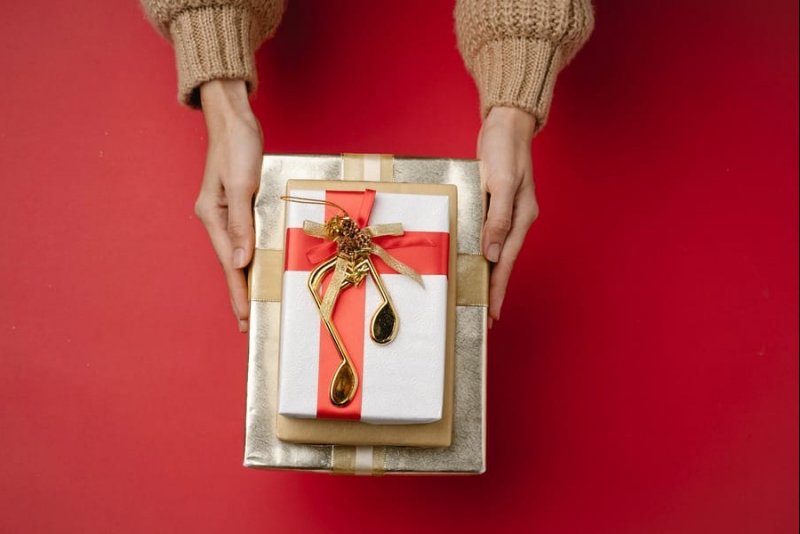 Whether you want to buy something awesome that your boyfriend or husband will fall in love with at once, or you’re looking to impress your dad and get him that cool travel backpack… 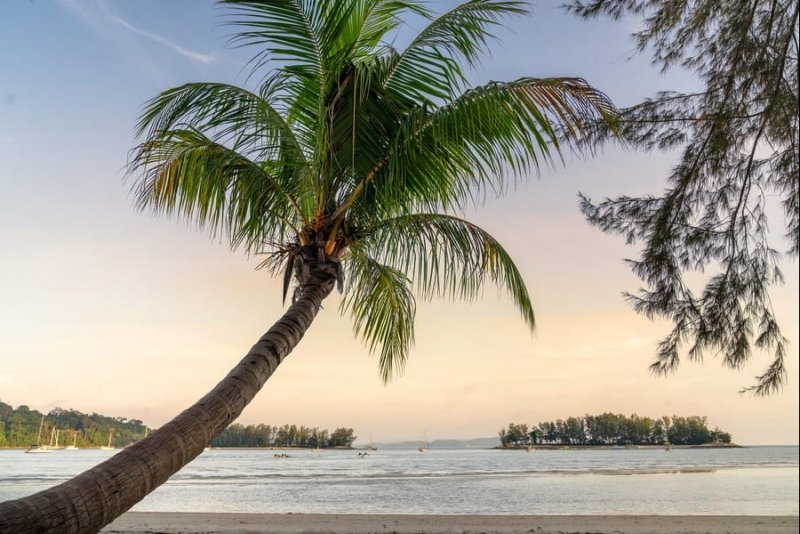 The Ultimate Guide to Timeshares

Timeshares have a bit of a stigma to them. But the question remains: are all timeshares bad? Can you actually rent a vacation property without being ripped off? I’ve decided to… 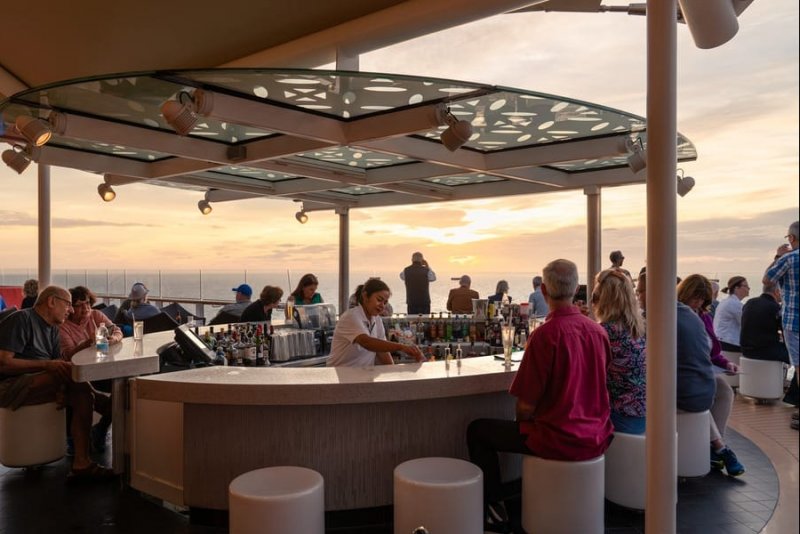 Celebrity Reflection Review: Does This Cruise Ship Live Up To The Hype?

Deciding on a cruise line isn’t easy. You also have to choose a ship and itinerary. I’ll share my recent experience on the Celebrity Reflection during an 8-night Iberian Peninsula… 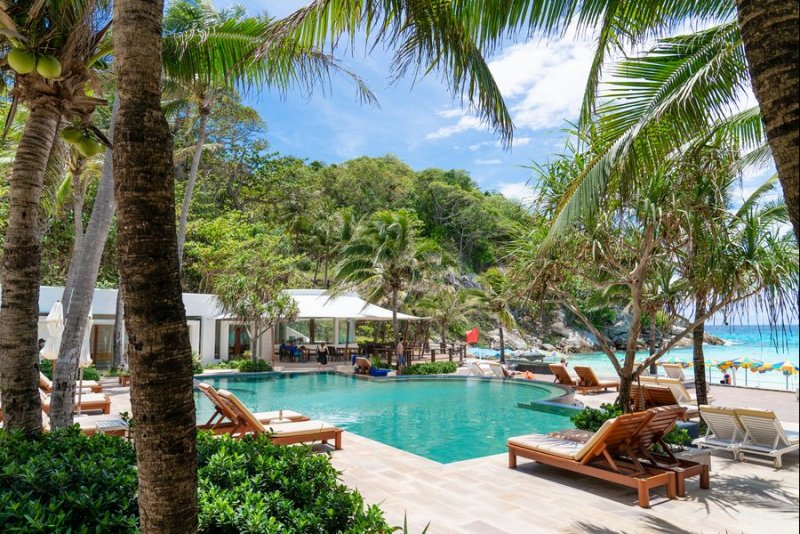 How To Find The Best Travel Rewards Credit Card

It can be really complicated for a newbie to wrap their mind around earning points with credit cards. I thought it was all too hard and gave up until I learned about a new service…

Thanks for the tips! My flight to Germany leaves in 16 hours!

I never had any language issues in Germany, and I stayed in a small village too. But definitely did in France. They know English but just do not want to speak it.

Great post Erin with some really important tips for Europe, especially the visa stuff. It is easy to get caught out as you travel around between countries thinking you are out of the zone.

We absolute love the train system of Europe. Such an awesome way to see the place… usually at 300kms per hour!!

I love the fact that you've flagged up train travel as a great way to get around Europe. Not only is it much more comfortable than getting on and off planes, it can also be a lot more exciting and stressless when travelling with children. There's plenty of changing landscapes for them to look out at, and generally more space for playing travel games as many trains come with table seating. Great post!

Great post, especially since I'm currently in Europe. You're right about the languages thing, I'm finding in Southern Italy (Sicily), hardly anyone speaks English. I'm not in a touristy area, so that is part of it, but my pictionary skills are becoming legendary!