I still remember the feel of the shiny magazine pages in my hands. I was only 6 years old, tightly grasping an issue of National Geographic, eyes as large as saucers. A full-page photo of Hawaii’s most active volcano, Kilauea, burned into my retinas like red-hot lava. My imagination caught on fire.

I knew it at that very moment.

I had to get up close to this volcano. I had to feel it. I just had to.

Volcanoes on the Big Island of Hawaii dominate the landscape - as seen from the city of Kona.

30 years may have passed, but my yearning for a close encounter with nature’s awesome untamed power has never diminished. It’s only grown stronger. Like pent up volcanic pressure desperately seeking an outlet.

Why You Need To See This Now

Kilauea is alive. It’s been growing for centuries. And like an unpredictable wild animal, the ebb and flow of lava is always changing.

Since March 2008 the Halema’uma’u Crater (located within the Kilauea caldera) has been demonstrating near-constant activity. And as of last year a lava flow known as “61g” has reached the ocean at Kamokuna, providing an exciting new way to witness the power of Kilauea.

But because the volcano is always changing, you can’t tell how long this will last. So you need to see this as soon as possible.

There are 3 options for seeing the lava flow at Kamokuna:

1) 2-hour hike (each way) to a viewing point about 1 mile away from the ocean entry point (either self-guided or with a walking tour). This can be dangerous due to unstable ground and toxic gas; or

2) Boat tour via one of 4 approved operators. Departure times are very early in the morning; or

3) Helicopter tour (best option) for a birds-eye view of the whole volcano and lava flow.

So we jumped onto Viator’s website and booked the Volcanoes and Waterfall Extreme: 45-Minute Open-Door Volcanoes Helicopter Flight.

Travel tip: every time I head out the door on an adventure, I always bring my Leatherman TREAD. I can’t count the number of times this stylish multi-tool saved the day. And even if it doesn’t get called into duty, at least it looks great. I know that because I receive compliments all the time about how trendy it looks.

I used my TREAD on this tour to help quickly remove the tripod baseplate that is usually attached to the bottom of my camera. You never know when you’ll need a screwdriver - often it’s in the most inconvenient of times. But I don’t worry about that anymore.

For more details read my review… 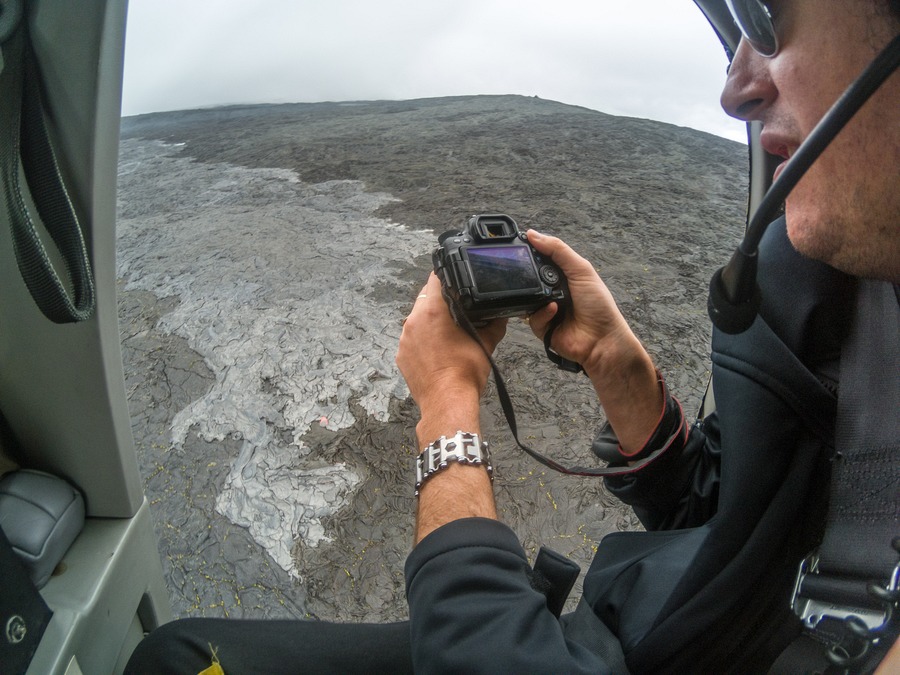 My TREAD 100 feet above an active volcano 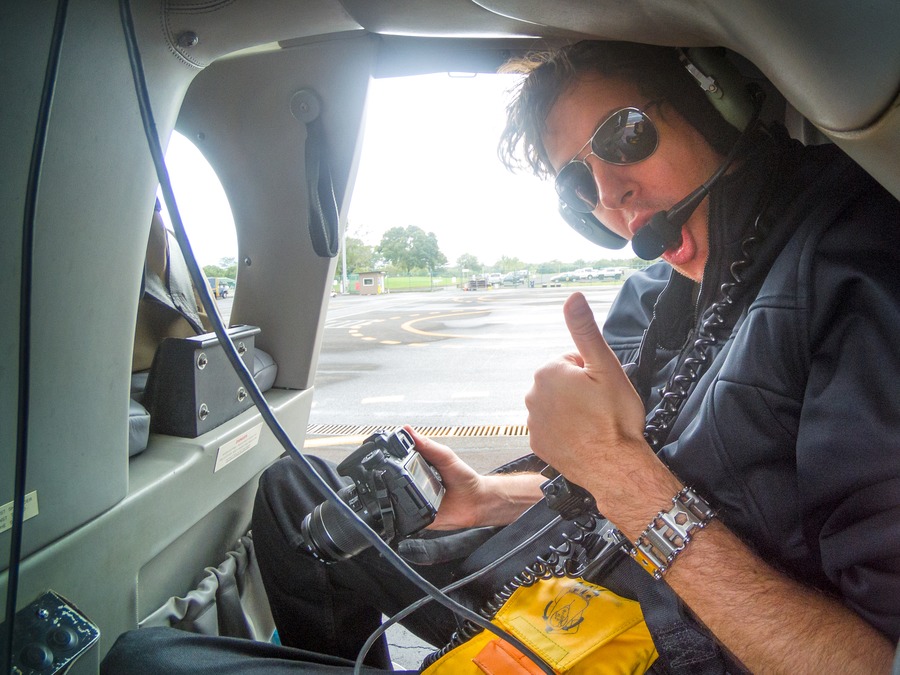 Getting There & Checking In

We were visiting Hilo on Hawaii’s Big Island for just 1 day, on our 15-day Carnival cruise. So time was of the essence and we had no wiggle room for bad weather. A 10-minute cab ride from the port to the airport cost around US$17.

The check-in process with the tour operator was painless but we were given a dire warning… earlier flights that day had been cancelled due to bad weather and low visibility. We’d have to wait to see what the pilot decided.

The wait was nerve racking.

Fortunately, the skies cleared and our pilot gave our flight a thumbs up. After weighing in, we were escorted to a back room for a quick video introduction and a safety brief from a friendly staff member. 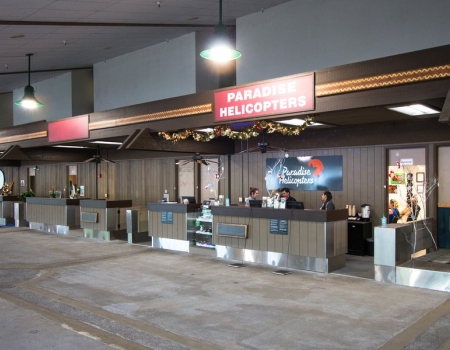 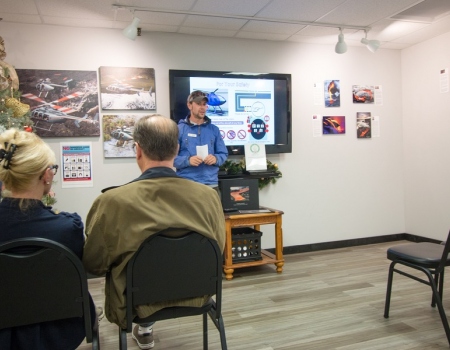 The staff offered secured lockers for any gear that couldn’t be taken on the helicopter (like backpacks and purses). And for the unprepared, wind breakers were handed out. I have to suggest wear very warm clothing. Don’t be fooled by Hawaii’s tropical weather… flying in an open-door helicopter at speeds of 140 miles per hour creates a slight breeze up yer kilt!

Next we were guided to the tarmac and our awaiting 5-seater helicopter. 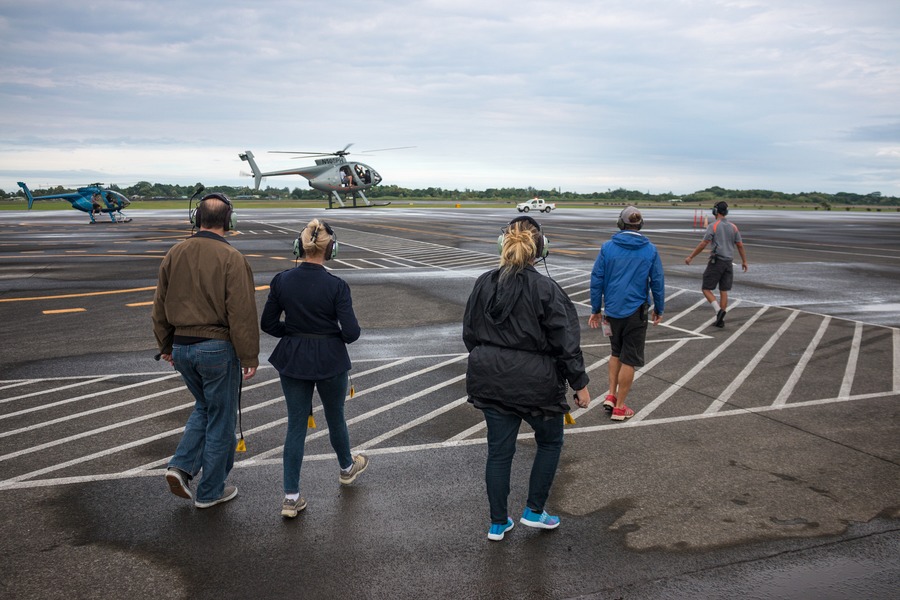 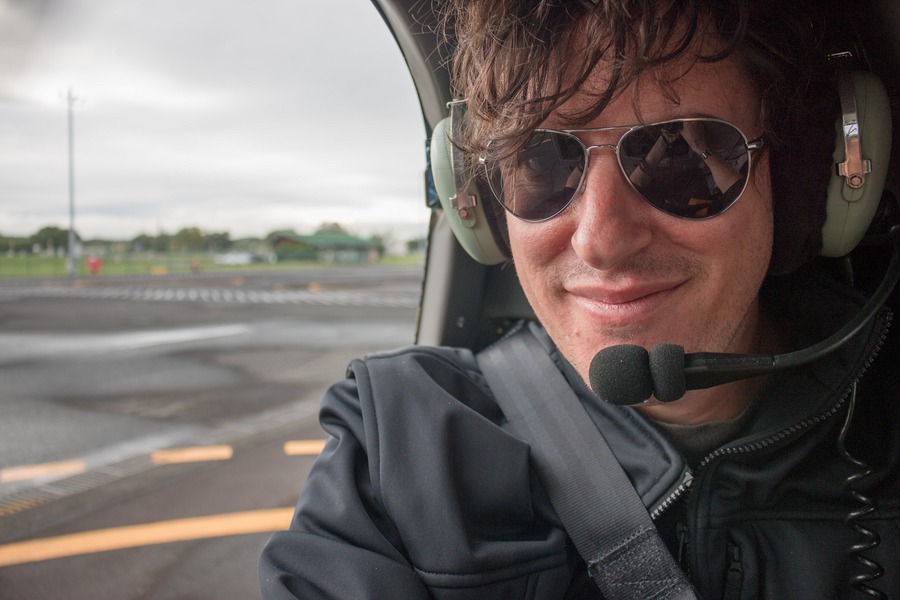 A life-long dream was about to come true.

With two-way headphone and mic checked, safety belt secured, my trusty camera firmly strapped around my hand, and my SCOTTeVEST jacket tightly zipped, I was ready for take-off.

As the helicopter lifted gracefully an electric sense of excitement filled every cell in my body.

Then the pilot banked to the right and I peered out of what should’ve been a door - instead it was just an opening on the side of the vehicle. All that separated me from the ground below was a lap-style safety harness. I’m the first to say I’m not afraid of heights, but I admit I was a little nervous. 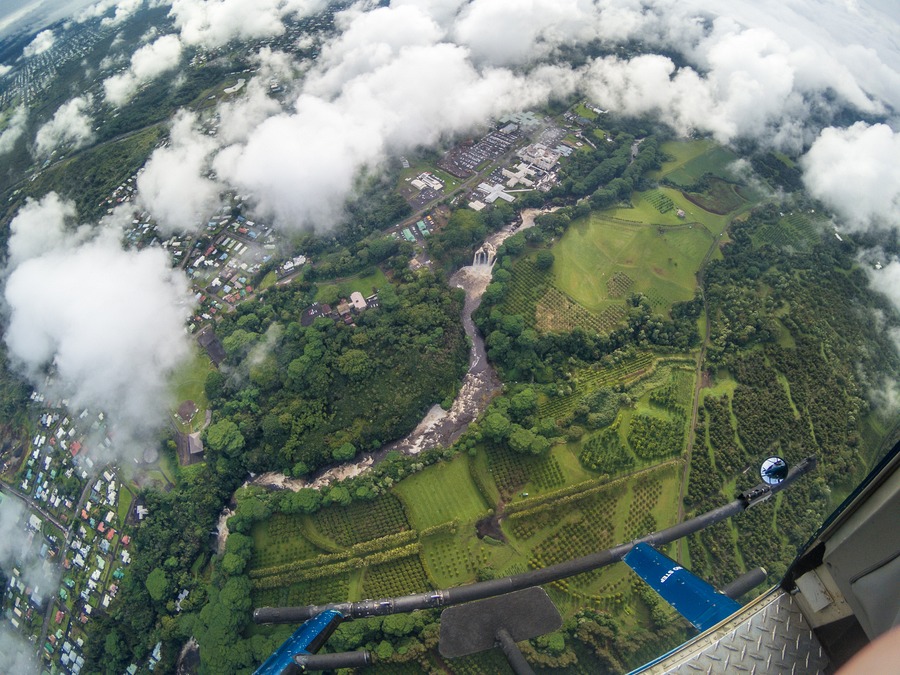 The pilot regaled us with stories of Hawaii, in-depth commentary, and fascinating facts about the volcanic landscape. His soothing voiced calmed my nerves and I started enjoying the spectacular views.

I had to pinch myself. This was actually happening.

The ground below transitioned from plantations to homes to jungle and then to barren black rock. The volcanic rock from previous lava flows. 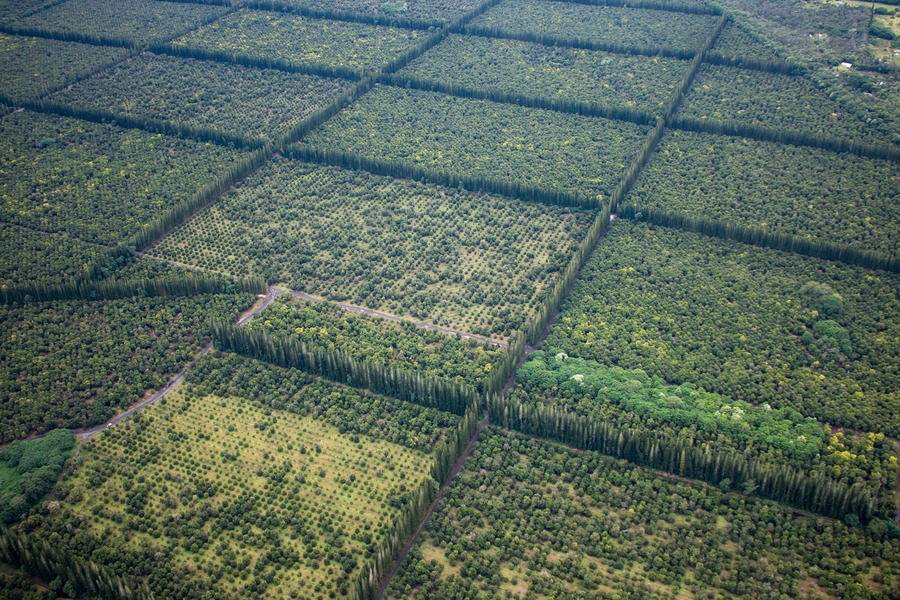 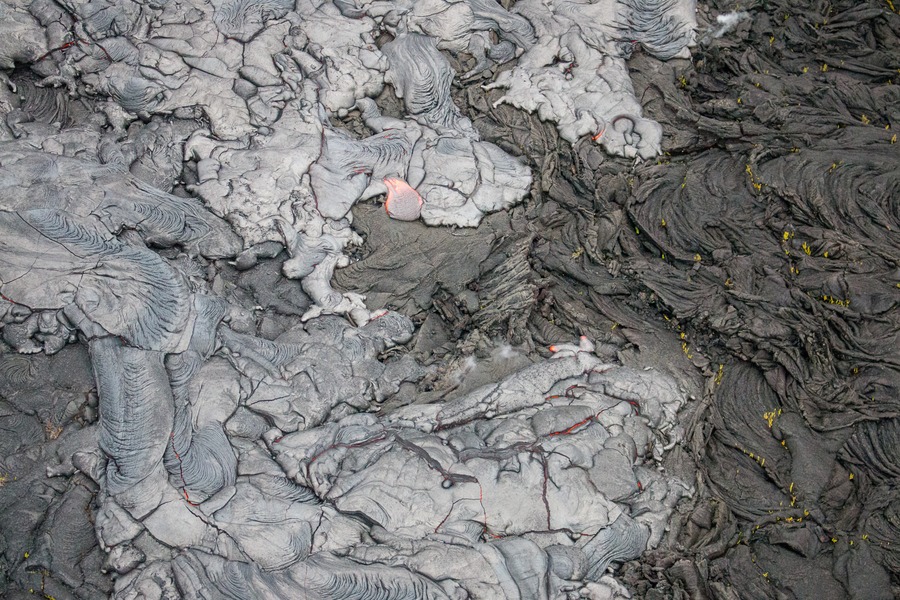 Then seemingly out of nowhere plumes of white gas eerily filled the air and the pilot explained were now over the most active portion of the volcano. I shivered with excitement. But that was quickly replaced with a whoosh of warm air enveloping me like a fluffy hug. Hovering 100 feet above the moon-like landscape, heat from the volcano pleasantly toasted us like plump marshmallows over a campfire.

I finally felt it. 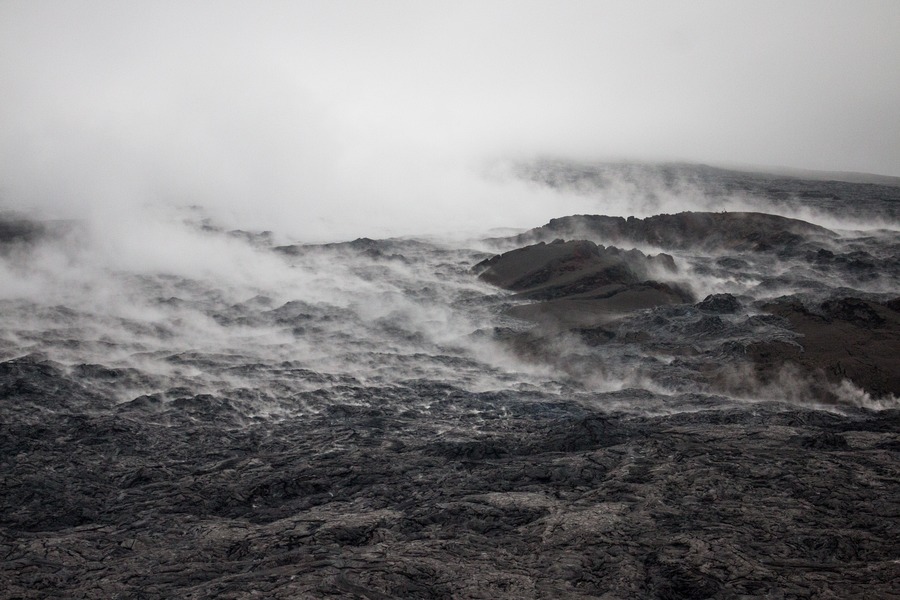 But that was only the appetizer. The mouth-watering main course was still on its way.

Banking to the left, the pilot led us towards the sparkling turquoise ocean on the horizon. Contrasting against the purest blue hues, white puffy clouds rose from a small focused area. This is where red-hot lava was pouring into the sea. 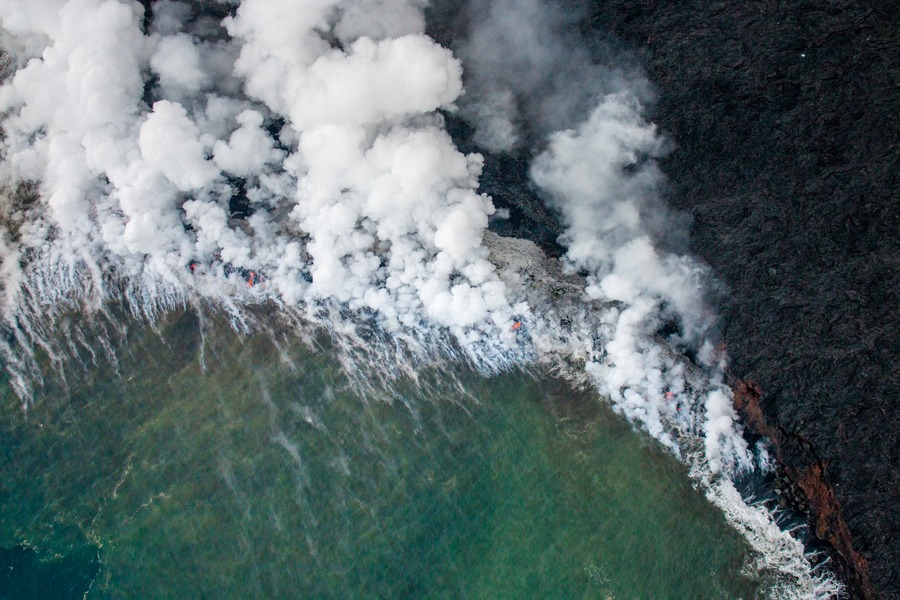 Making several sweeping loops around the area of volcanic activity, each guest in the helicopter was afforded the best possible views. Warmth from the volcanic plumes rushed over me, filling every skin pore like a deep skin cleanse.

It didn’t matter how often I looked down, I just couldn’t get enough of this magnificent sight. 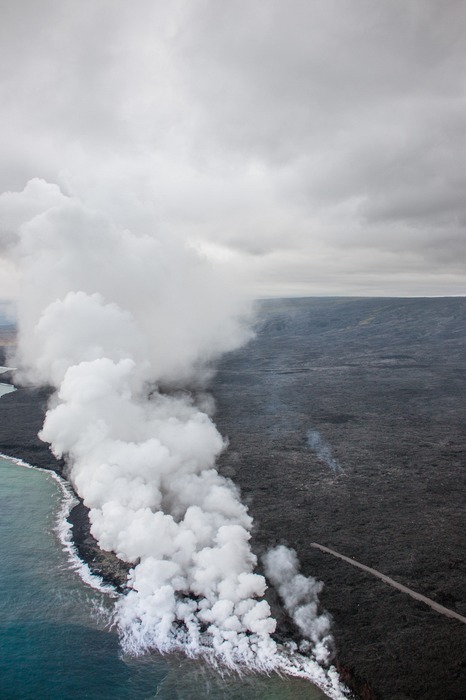 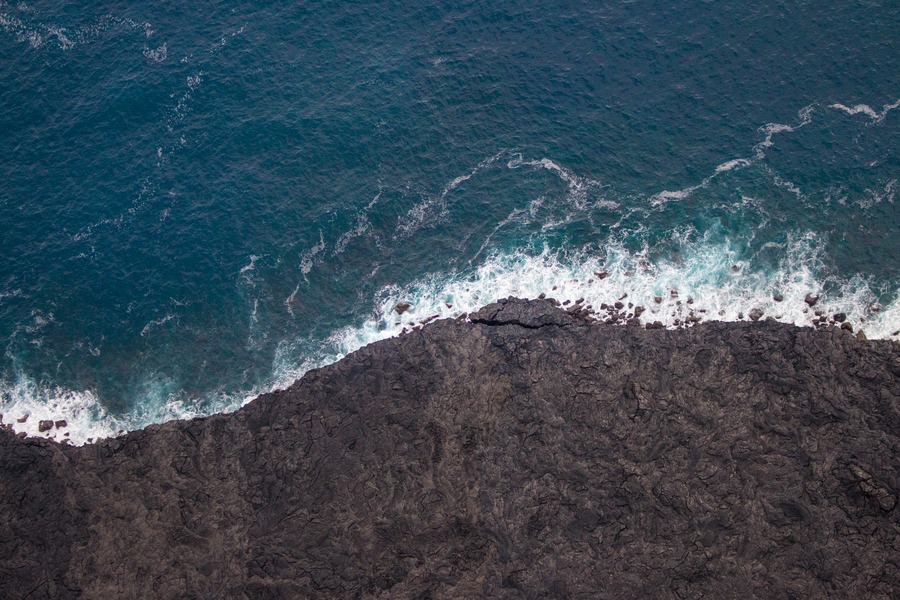 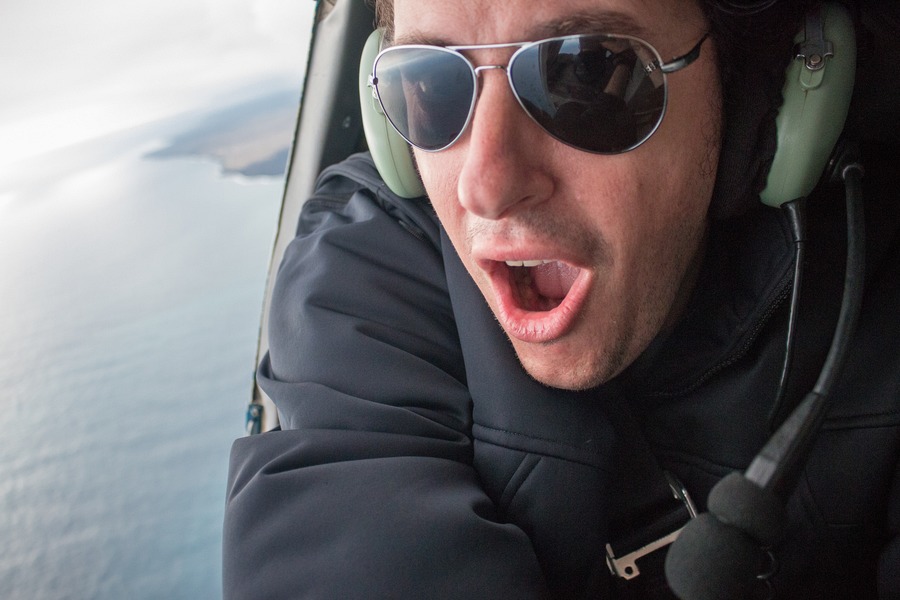 Although I didn’t want to leave, the pilot had to keep within the scheduled flight time so we made our way back towards Hilo. The chilled wind bit to the bone and I wrapped my arms around my body like a straightjacket to stay warm.  The chill quickly abated when I was distracted by the sight of Rainbow Falls in Wailuku River State Park. 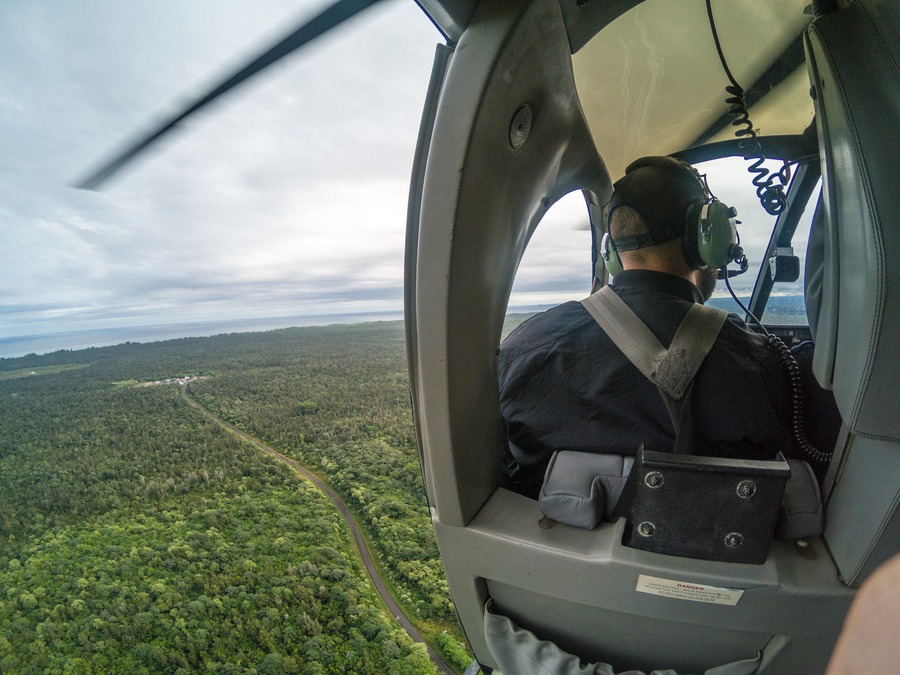