Israeli Initiation: What To Eat, Do & Wear

Welcome to Israel. Holy Land. Fought over land mass. Jewish majority state. Home to my in-laws and a few friends. We are glad to be back.

Josh and I had been to Israel in 2007. We stayed with his parents and drove with his parents for 2 weeks. Now we were back… with kids. Dynamics had changed in all situations. Josh’s mum had found us a great apartment above an art gallery, not to far from where they were about 20 minutes outside of Haifa, for 3,000 NIS a month (AUS$904). It was a bargain. 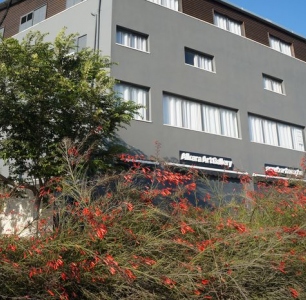 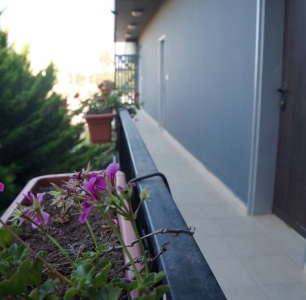 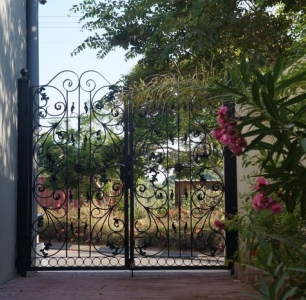 It had one bedroom, one bathroom and two single beds set up in the living area. There was a bar fridge. We also had use of an upstairs apartment with a fridge, dining room and cooker. The only thing was this was out of our actual house, past other apartments to get to. Not my favourite thing to do when the kids want to eat first thing in the morning.

A week later a friend of Josh’s parents were vacationing and offered us their house for 1000NIS (AUS$300) a month in the same village as his parents. We decided to stay one month in the apartment out of goodwill and then move to the house for the second month. This house was two storey with 5 bedrooms, a kitchen, several bathrooms, laundry and more. Much better suited for a family and getting kids breakfast without the need for everyone to get dressed. :) 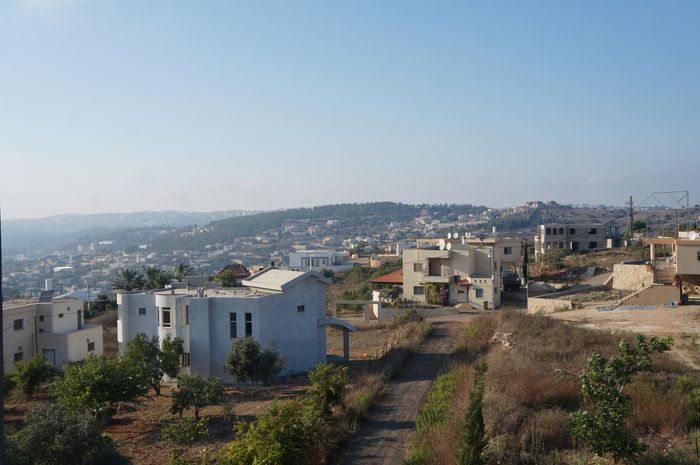 The amazing thing about both of the villages we stayed in was that they were Druze villages. The Druze are an offshoot of the Islam religion. They form an minority of more than 100,000, mostly residing in the north of the country. They are Arabic-speaking citizens of Israel, who are drafted into mandatory service in the Israel Defense Forces, in which the same process goes for the majority of citizens in Israel. The Druze are considered to be a social group as well as a religious sect, but not a distinct ethnic group. The Druze faith is said to abide by Islamic principles, but they tend to be separatist in their treatment of Druze-hood, and their religion differs from mainstream Islam on a number of fundamental points.

In our dealing with the Druze they were kind hearted and very generous. Visiting their houses they always wanted to feed us or give us a drink. Visiting their restaurants we were always welcomed. My favourite greeting in Israel always went like this:

"Where are you from?"

"Ahhh you are welcome. Welcome."

You can check out all the photos of the numerous places we stayed in Israel in our photo journal.

We decided a few days in we would need a car being in a village. Hiring a car in Israel has been the most expensive place we have found, unless you’re American. Unfortunately we are not. And while we were searching in the US once we got to the booking stage and changed country of residence (if that is still even accurate) the price nearly quadrupled.

Anyway we ended up researching a number of days while in Israel and finally found a company that didn’t care what country you came from and got a car for the month for just over $800!

There are many buses and trains that get around, however do be aware that they do not run on Shabbat (Saturday).

We saw a lot of Israel through tour buses, which seems one of the fastest and easiest ways to get around.

The cost of living is substantially higher here then any other country we had visited so far. Grocery shopping was not cheap; neither were clothes or eating out.

To budget any reasonable amount of money we moved to the Israeli staples of hummus and pita bread. Whatever money we thought we had saved on accommodation, food sure made up for it. 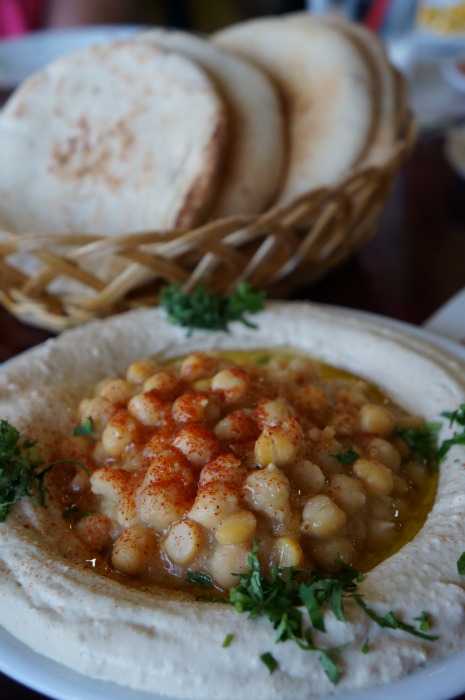 There are lots of Christian Churches in this Jewish majority. We attended a few around the country. In particular we were very excited to be invited to a Russian Jewish wedding where we witnessed this crazy dancing. What a culture!

Many religious sites in Israel require covered knees and covered shoulders for women.  However the rest of Israel is very liberal and there is no condemnation if you like to show off your tanned shoulders. I never felt out of place in shorts and a t-shirt, but carried my sarong at all time just incase we spotted a church or religious site we wanted to check out. 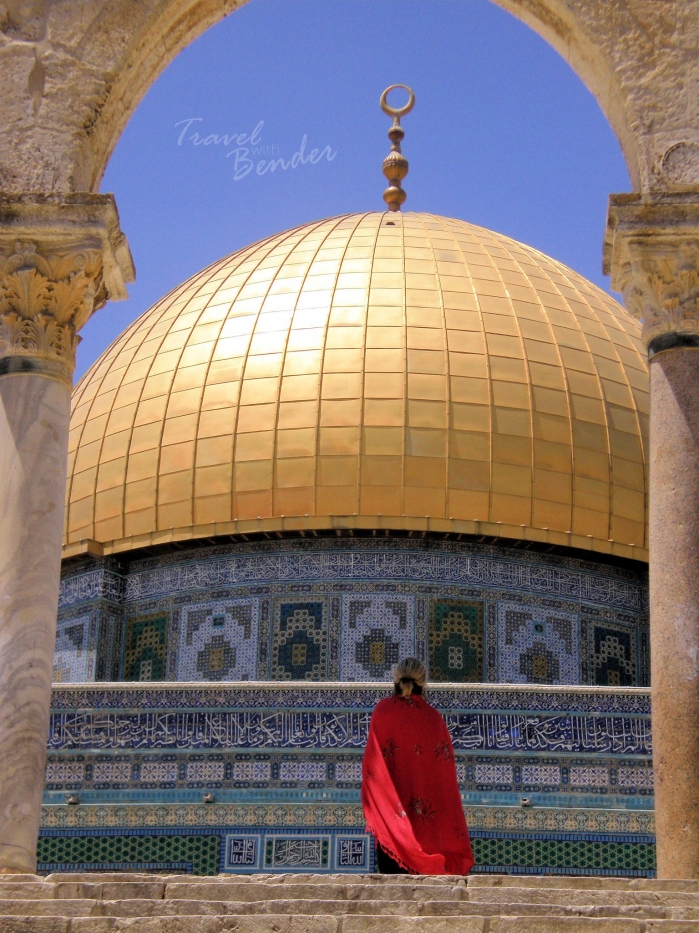 Or first 5 days in Israel we were happy to stay home and try to get over the jet lag. We spent time with family and caught up on work.

By Thursday, however, we were on the move. There is so much to do in Israel and we had several tours organized to try and see the most we could.

Our last tour in Israel with Josh’s parents was completely different to this time. Not only were we pre-kids, we were travelling with an older, more reverent guide. Touring by ourselves we were able to get out to a lot of places a native Israeli could not go and also experience things older people could not. Both have their advantages and we were blessed to have older guides, as well as younger ones.

You can read all about our tour of Israel in the following posts, get ready to witness a barren land filled with wonder.

What you need to know about the Sabbath

Jewish Shabbat is a weekly day of rest, observed from sundown on Friday until the appearance of three stars in the sky on Saturday night. In Israel this means most things shut down Friday night and all day Saturday. The only things open are in the Arab community, which can be harder to find.

Be aware of this and do your shopping or research beforehand. We got stuck a few times with nowhere to eat on a Saturday, because everywhere was seemingly closed. The Muslim Quarter in the Old City is open, but very busy (just like Saturday shopping back in Perth). 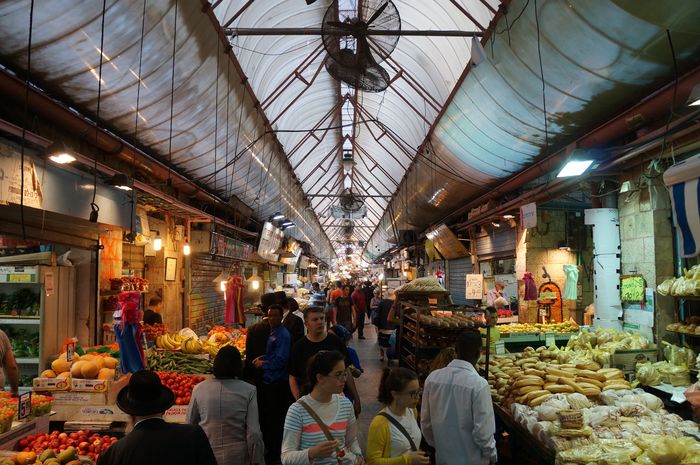 What you need to know about Kosher

Many places in Israel the food is kosher. Kosher foods are those that conform to Jewish regulations, such as not mixing meat and dairy and rules involving the preparation of food. 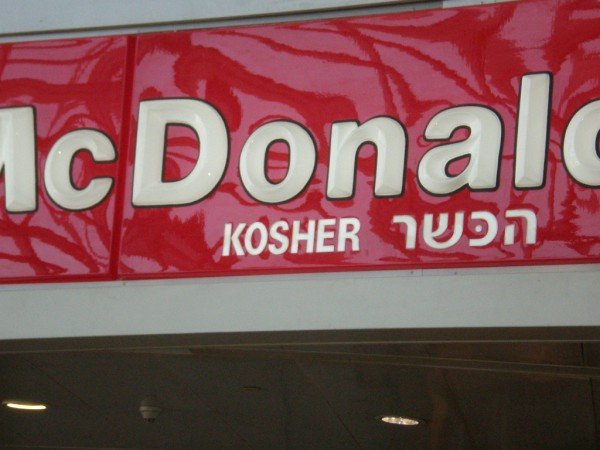 You won’t find cheese on your burgers at McDonalds and if you want a shake or ice cream you are going to have to head to a different cashier at a separate roped-off counter. Strict kosher families do not even use the same utensils, plates, bowls or cooking products for preparing meat and dairy either. At the Holocaust Museum the food court was split in two with a red velvet rope to keep the meat eaters and the dairy eaters separate.

Non-kosher restaurants can only be established when the owner of the building does not observe kosher. A fabulous example of this is the Focaccia Bar in Jerusalem. It is one of the most popular restaurants in town, because it is one of the few offering a non-kosher menu, although pork is still noticeably absent.

No idea what Israeli food is? Check out our food photo journal.

A visitor who hasn’t done their research can feel a bit unsteadied by these rules when they are unfamiliar. So just ensure you know what to expect and plan ahead, and you’ll have no problems at all when visiting Israel.