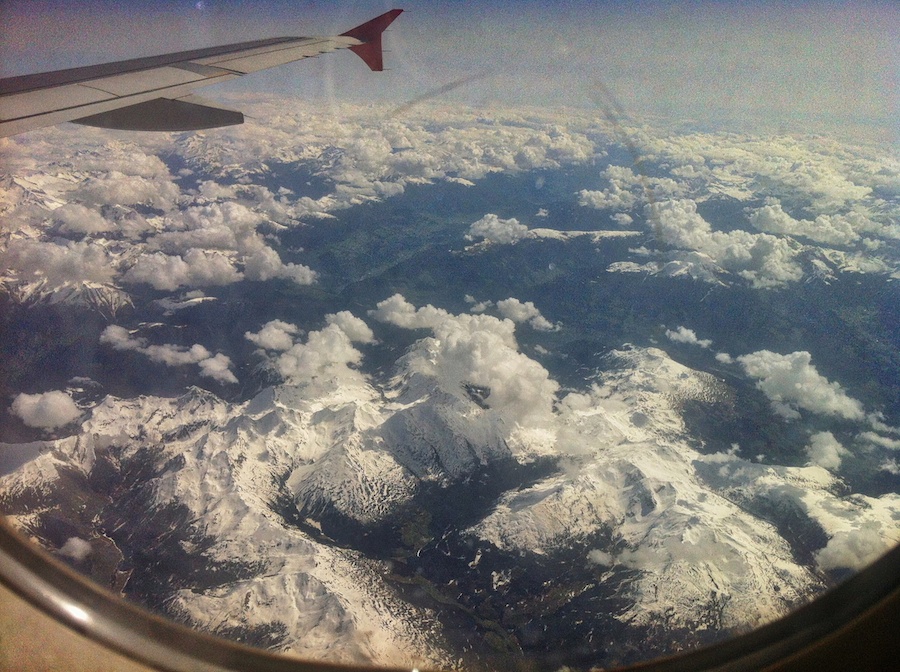 At first I thought I was looking at white clouds, until I realised the outlines were firmer, sharper and sketchy. Mountains! Endless miles of mountains, with snowy hats and grassy skirts. Like vanilla ice cream with that delicious, hard Ice Magic chocolate sauce.

How beautiful is it to fly over Europe? A special moment in time, which reminded me how I loved to travel.

Flying without my family is a unique treat, as I snatched a window seat, which I’d normally sacrifice for my son or daughter. If ever I was to have a window seat this was the flight for it.

It’s an 871-mile journey to Munich and then back south on a 940-mile journey. Both flights were about 2 hours and 20 minutes. My first flight passed quickly. The Lufthansa flight was no Turkish Airlines flight. We have enjoyed flying with Turkish Airlines on our last flight to Malta and slightly spoiled with entertainment systems and even delicious food – gasp!

Lufthansa was a much older plane with no entertainment and rather average food. But all this was all forgiven and forgotten thanks to my window seat.

Munich airport was a fun place to stop for a few hours with loads of different things to see and taste, like nap pods and giant pretzels. 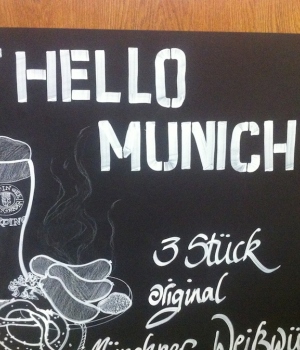 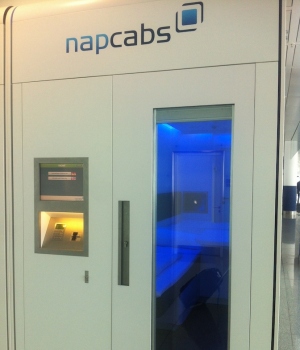 Sometimes when you look out the window of a plane you have a zillion thoughts filter through and you pluck one, magnify it, study it, store it and move onto the next. I have thoughts on crashing, of course, which I store rather fast then I dream about what’s happening below, who’s down there, what are they doing. I dream of my destination, I recall my origin.

Looking out the window of a plane is a form of therapy. To some looking out the plane window is scary and terrifying, to some it testifies excitement for the journey ahead, and to some it brings despair of the completion of a journey.

I felt all these things. I had disappointment that my time in Malta was over, but then I was heading to Greece, filled with anticipation. Staring out the window certainly opens a world of emotion and possibilities.

When was the last time you looked out the window? 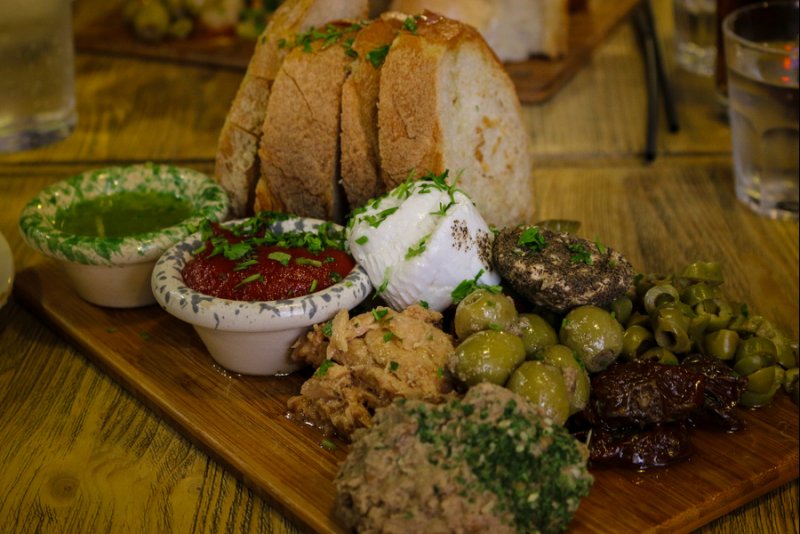 Our Top 4 Meals In Malta

During our time on Malta we seemed to eat on the go quite a bit - so much to do with so little time. Yummy Pastizzi made for ideal snacks on the road, but when we did get a chance… 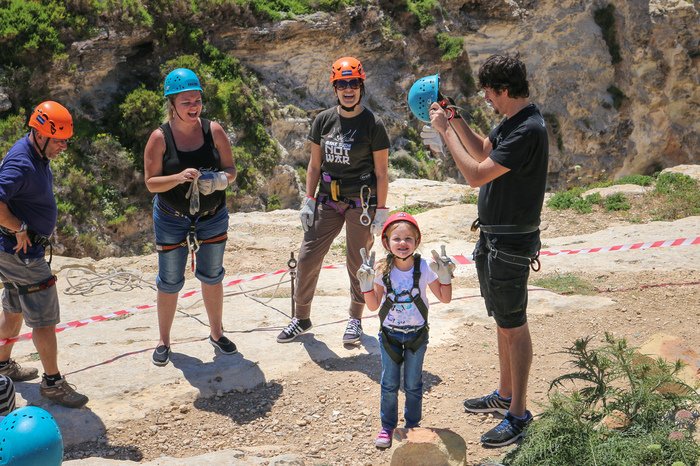 Yes, it’s true. Mia gleefully abseiled down a steep cliff that would make a grown adult think twice. Also check out the other interesting activities we got up to around Malta. 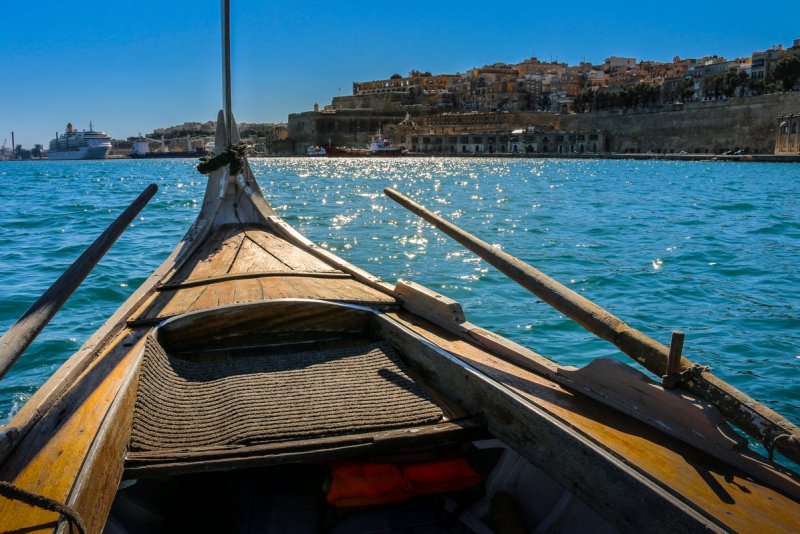 Top 5 Things To Do In Malta

Malta was not what I expected. This small island really packed a punch with the sheer volume of things to see and do. During our time on the island we discovered some real gems… 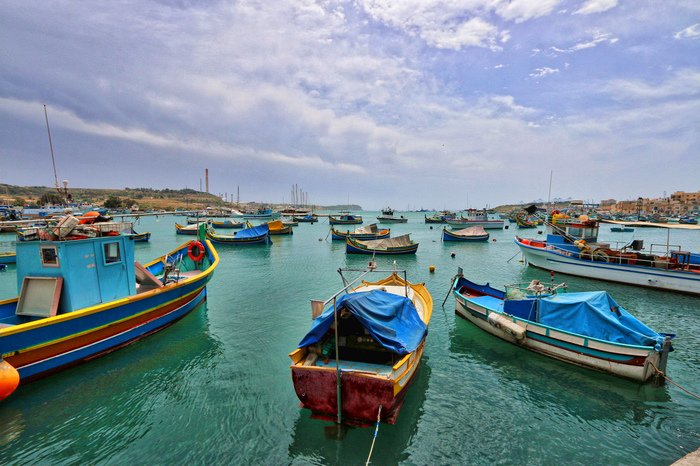 You read all about the fun we had on Gozo with Malta Sightseeing so there was no doubt to us that we would need to do a similar tour of the main island of Malta. 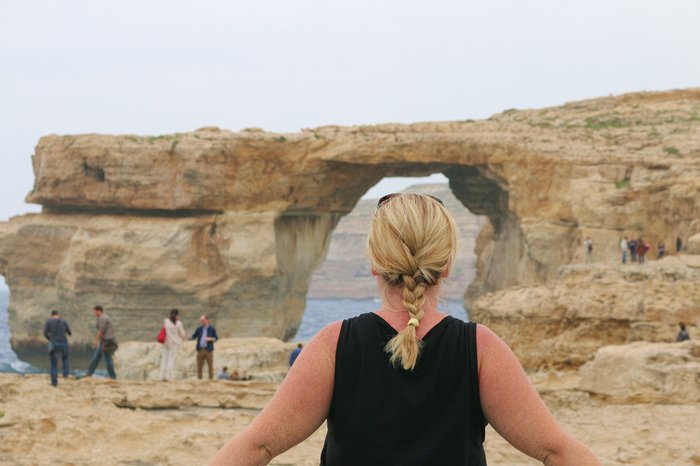 When exploring a new city, one of our favourite ways is with a hop-on-hop-off bus. It helps to acquire an overview (quite literally from the top of a double-decker bus) of the… 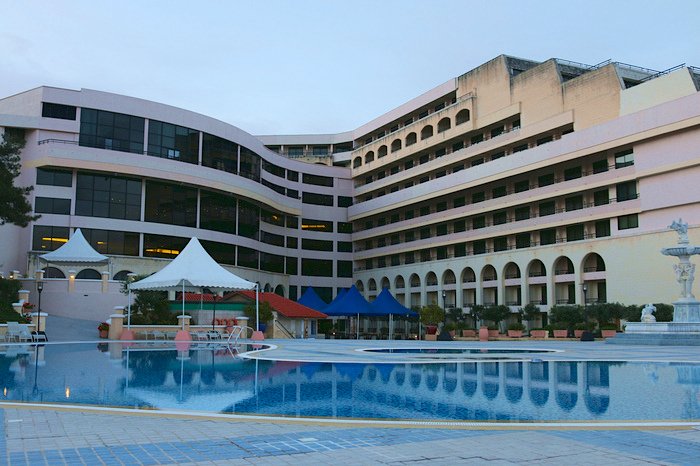 Situated just a short stroll from Valletta, Grand Hotel Excelsior was our delightful home base during our recent visit to Malta. On top of the gorgeous views, the buffet breakfast…

Great read Erin you are a gifted writer

I love to see out the window when I got the window seat. I even love it when there's not much to see. Just have some music on my ear and look out the window and dream. That's the best thing to do while flying! But love it even more when there is fascinating landscape we're flying over

Did you get to try the napcab?? I've always wanted to check them out!