It’s Been A Long Time Between Hugs & Dining In Civitavecchia

When you have a flight leaving Turkey and heading to Italy, it could be considered exciting. But I wasn’t flying to Italy. I was flying into my parent’s arms.

I could barely keep still on that short flight. I was agitated, distracted and energized. And while the flight passed quickly, the baggage collection and immigration was painfully slow, as I knew what waited behind those sliding arrival doors.

The smell of bleach on the airport floors, the creaking of those doors opening and shutting, the loud mumbles of crowds all became nothing but fading senses as my eyes darted to and from looking for the two people I had not seen in a very long time.

Then it was a movie scene. The airport stilled. The creaks and mumbles halted. And in slow motion my kids were running to their grandparents and then so was I. It has been a long time between hugs, but in that moment it wasn’t long at all.

To be exact it had been 1 year and 4 months since seeing my Dad in Perth, Australia and 11 months since my Mum and I were swinging with Orangutans in Penang, Malaysia.

We had considered hiring a car to drive to Civitavecchia, but in the end decided for the less fiddly option and agreed to the ridiculous 130 Euro ($185 AUD) shuttle. We realized how ridiculous this was as our return trip from the cruise the following week cost just 60 Euros ($85 AUD).

Anyway, my parents had already picked up their car lease and we could not all fit in 1 car so we both separated briefly to get to our hotel in Civitavecchia. Well, except Mia. She was not going to be torn from her grandparents so soon and insisted on driving with them.

Living On A Farm In Italy

My parents had actually planned their whole European trip before we decided to tag along, so for part of our trip we booked the same hotels as them to stay close and spend more time together. As this was our first time seeing each other we took their lead and decided to stay at Tenuta dell Argento, a 1950’s old farm restored into a hotel, nestled on a natural panoramic landscape positioned at the foot of the Tolfa Mountains, and boasting scenic views over the infinity pool. 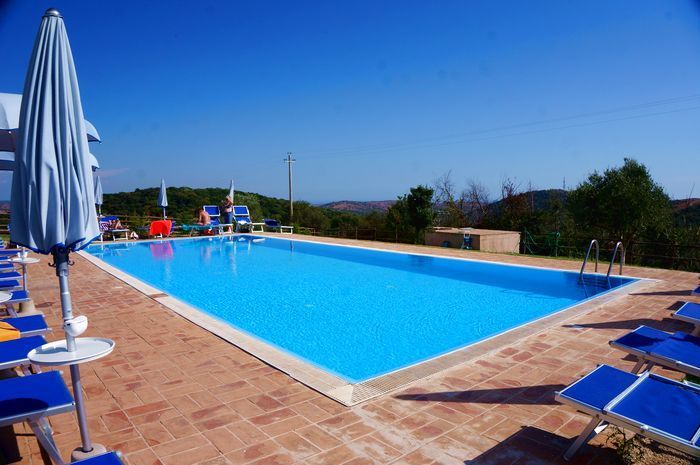 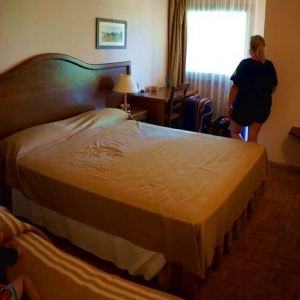 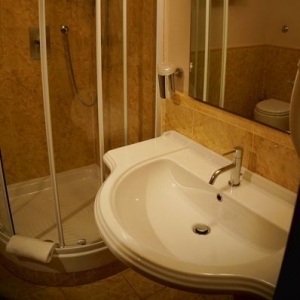 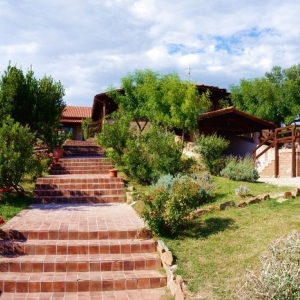 It was some ways outside of Civitavecchia, which suited us fine since most the hotels inside the port town were relatively pricey and most lower-priced properties were fairly shabby. Tenuta dell Argento beat them in spades with its ranch-style feel, and reasonable price. Plus the bonus was the free in-house shuttle to the cruise ships, which is what we would need in a few nights time. The perfect place to await that special Mediterranean cruise.

In the centre of town overlooking the Mediterranean Sea, covered with Victorian-style cast iron gazebos, is Hotel San Giorgio's Piccadilly restaurant. We arrived in time to witness the autumn sun setting over the ocean creating a beautiful warm amber glow throughout the hotel. 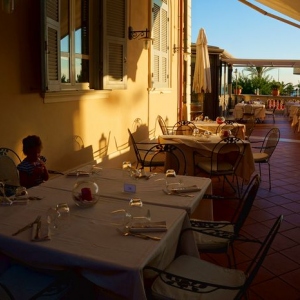 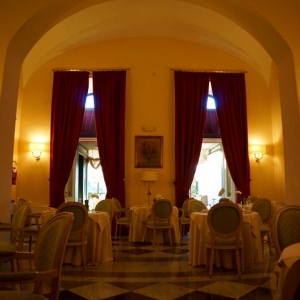 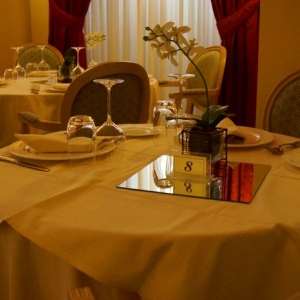 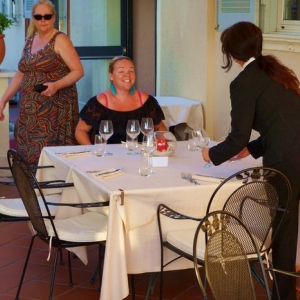 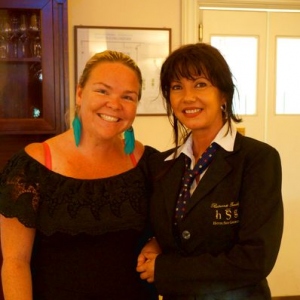 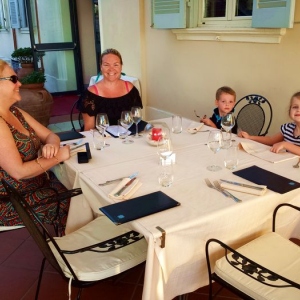 The staff serving us were attentive and detailed juggling 4 adults and 2 kids is never easy, especially when 4 courses are being served. The food was presented with perfection and each meal seemed to get better then the last. Want to see what we ate? The photos speak for themselves. 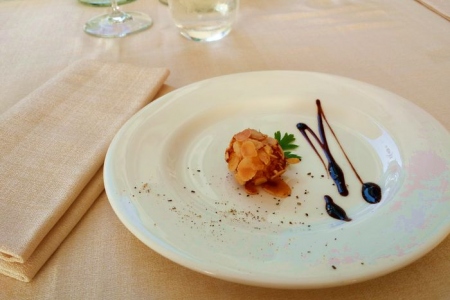 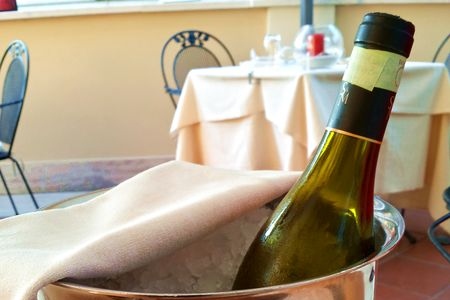 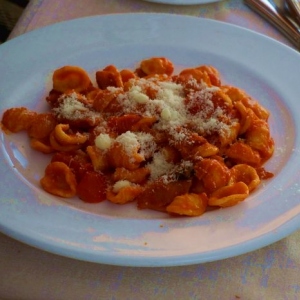 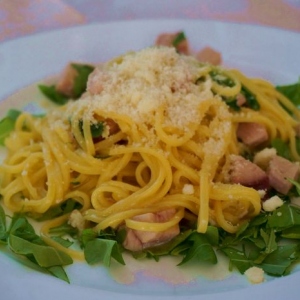 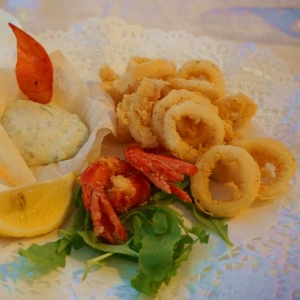 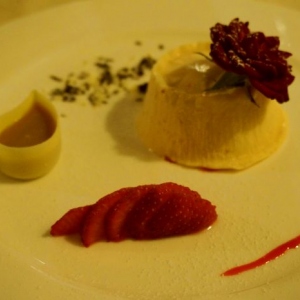 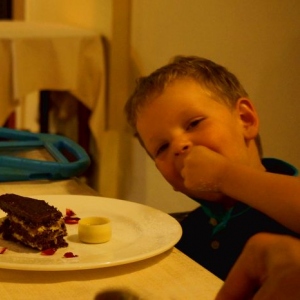 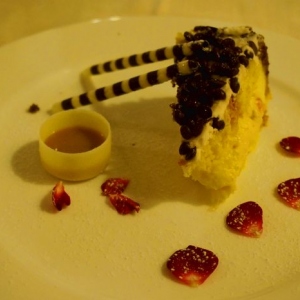 It was a wonderful way to spend our first night with my parents, reacquainting and catching up. And it’s a perfect place to eat while spending evening in Citvitchia.

Overall our time in Civitavecchia, despite being a pit stop to merely catch our cruise, was filled with quality extended family time, comfortable home-style accommodation and delicious Italian cuisine - a very rare combination living on the road. Bellissimo!

"I respond to every comment by private email. So please leave me comments, I love chatting to you" - Josh Bender
Posted by Karin on Oct 23rd, 2013
Not long before we see you again