Use The Back Door On Your Bus To Amalfi

Amalfi lies at the mouth of a deep ravine, at the foot of Monte Cerreto, surrounded by dramatic cliffs and coastal scenery.

The town of Amalfi was the capital of the maritime republic known as the Duchy of Amalfi, an important trading power in the Mediterranean between 839 and around 1200. In the 1920s and 1930s, Amalfi was a popular holiday destination for the British upper class and aristocracy. Now it is a UNESCO World Heritage Site and where we decided to spend our last day.

Originally we had plans to drive to Amalfi, but we were dissuaded by the voice of reason, a staff member at our hotel who informed us it would be like Positano, impossible to park and a hairy ride to get there. So we decided to take the bus, which was also a slight problem. It seemed that particular day there was some delays and problems with the bus system and they were jam-packed. Our stop was one of the first stop on the route and we’re lucky to get on since after that crowds of people were waiting at each and every stop. Some of them continued waiting as our chock-a-block bus passed them by without even stopping, much to their utter disappointment and cries that we listened to while whizzing past.

This ride was about €2.50 each. While we thought the bus ride to Positano was bad, a busload of people on the longer tight, twisting, and perilous Amalfi road was possibly worse. There were several sections where the bus just couldn’t move as buses in the other direction came soaring around corners, shifting to one side like they were going to topple over.

Travel tip: If you're looking for the fastest way to get into this region of Italy, the nearest major airport is Naples. Naples airport transfers to Amalfi are affordable and safe. 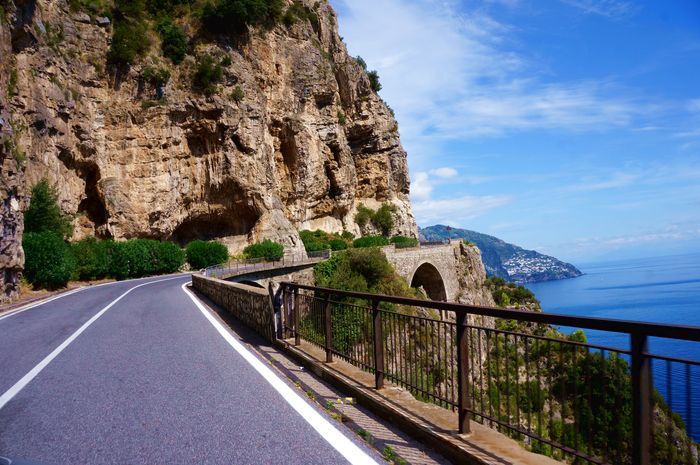 Finally we arrived relieved and quite possibly with a few more grey hairs than we had before. We went straight to the harbor to look for boats heading to Capri, with no luck. No one was heading out on the water that day.

So we decided to head to the square and check out Amalfi. Quite accidentally we stumbled through some ancient streets into a clearing that turned out to be Piazza Duomo, the heart of Amalfi. Situated in the heart was the tall and architecturally stunning Saint Andrew’s Cathedral, dating back to 11th century.

We felt a few drops of rain on our head and decided to stop for a hot chocolate and more cannoli at a café directly in front of the Cathedral. The soft pitter-patter barely missing our heads as we sat under our umbrellas warming our insides with our coffee and hot chocolate. 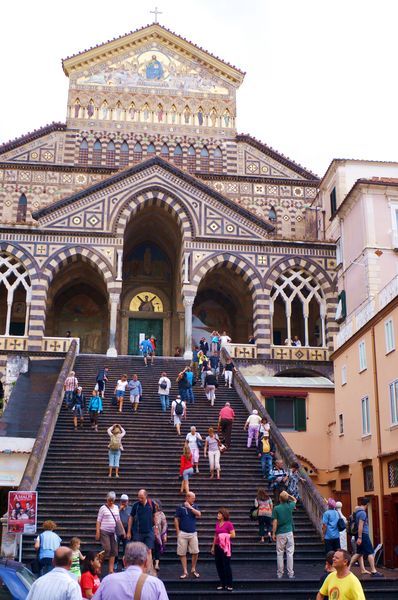 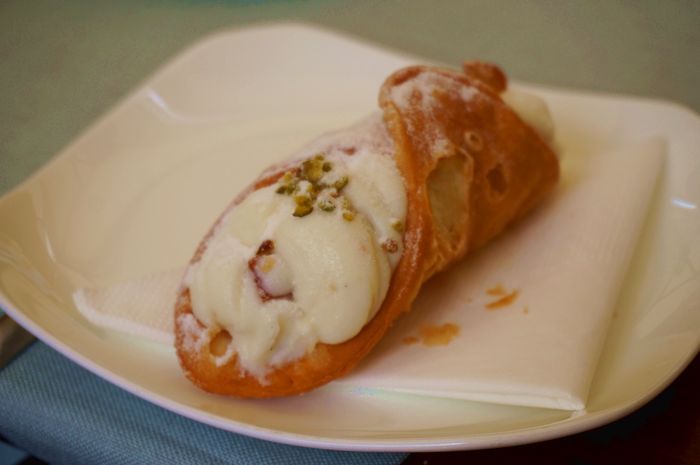 Once the rain stopped we walked around the centre, stopping for lunch and some shopping. One stop was for walkie talkies, which became the lifeblood of our road trip with 2 cars and no phones. 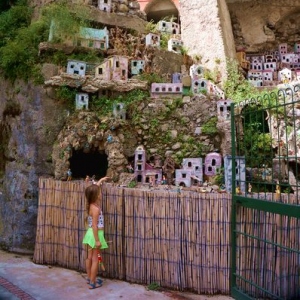 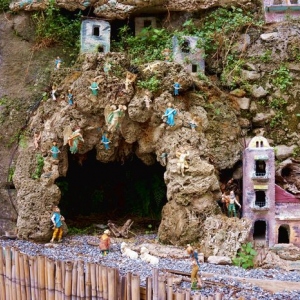 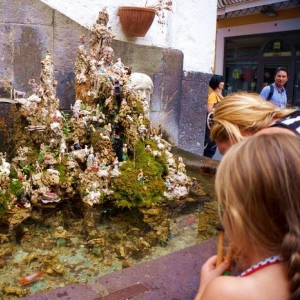 As we headed back to the station to catch the bus home we soon witnessed a throng of people waiting. We thought Positano was bad, but the lines for the buses out of Amalfi were even longer, thankfully there was some order and a rather civilized line had formed. A taxi back to Praiano was going to be at least €50, so we decided to brave the line and wait for the bus, making friends with people either side of us.

Luckily for us another bus was pulled onto service instead of the usual wait, however the civilized crowd soon turned rebel mob and dashed for the entrance to the bus. As we stood there getting crushed by people, without kids, I heard a whisper from a fellow line stander, ‘the back door is open’. Taking that whisper on board I yelled to my own pack, ‘get on the back’. We made a break from the crush getting on at the front, stumbled around the side of the bus to the back door and all got a seat without the terrifying stampede still happening at the front. Genius!

The journey home was much more pleasant with a seat and as we watched the plummeting cliff line from our side of the bus I was glad of one thing, that I was on the bus and not driving these crazy roads myself. 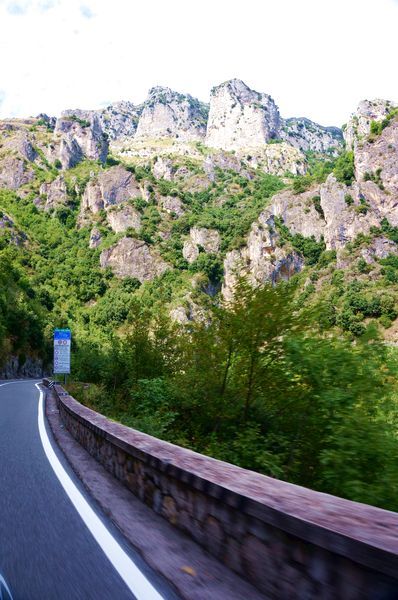 I have always imagined driving the Amalfi Coast in a convertible with a flowing silk scarf in my hair and a hand on my head to stop it flying away, but missing it by a few seconds and watching it flutter down the cliffs. But in my Citroen car and/or public bus, with my family by my side, singing corny songs like “On Top of Spaghetti” and “That’s Amore” I was more than happy with where I was and how I was seeing the picturesque and absolutely divine Amalfi Coast. One thing I knew for sure, I would miss this place the minute we left, and I was right.