The day was long and hot. Sweat dripped like rivers from the forehead of a tall dark-haired man, creating small opaque droplets on the dusty ground. His eyes focused with an unbreakable intense stare. Josh was no longer Josh. He was Prince Josh from Nottingham.

Ping, whish, swoosh, thump. The continuous sound of arrows being loosened from their flexed bows, flying through dry air and hitting a target attached to a haystack.

It was like the scene from a Robin Hood movie, except it wasn’t.

It was the annual Castle Staudinger Archery Tournament. 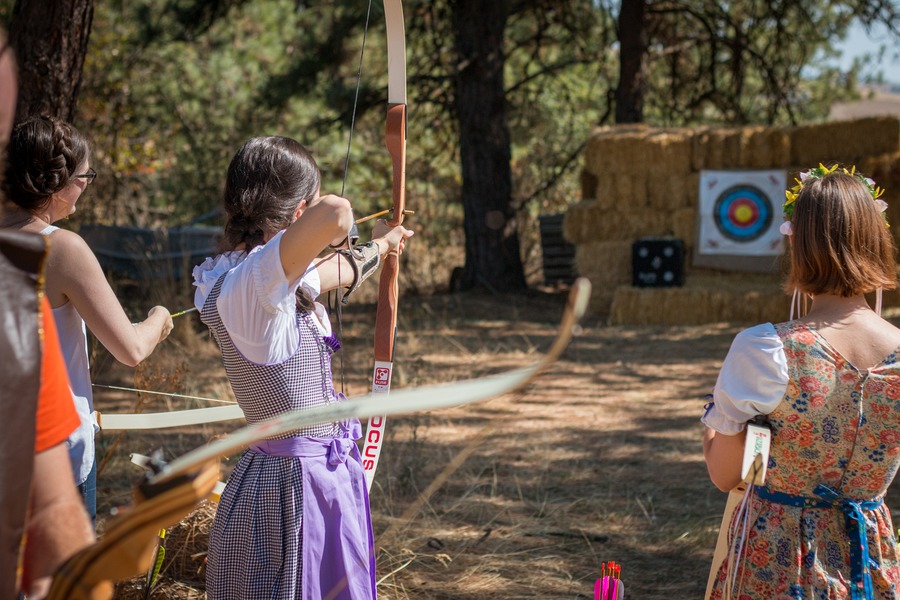 You may recall back in 2014 I visited Sri Lanka with 50 of the world’s top travel bloggers. Two of them happened to be Captain and Clark - Modern Cartographers. It was with a hushed, yet exuberant delight they revealed a secret invite-only event they held every year on a private property in eastern Washington State. An archery tournament unlike anything else.

So when I mentioned we were going to be in Washington in September, coinciding with the tournament, we knew we’d have to be at this exclusive event in Spokane. Their infections enthusiasm got me wondering, “what exactly will be going on?”. Little did I know what would be in store would be a weekend to remember. 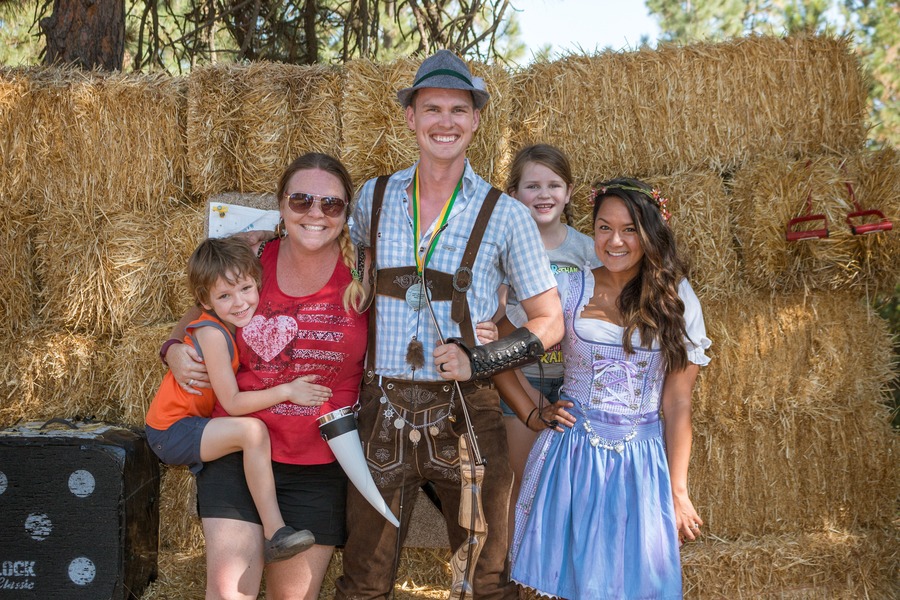 The city of Spokane, Washington is located about 30 km from the western border of Idaho. It’s known for it’s intense, dry summer, rare for this part of the United States. We drove 6 hours from our previous destination of Port Angeles on the Olympic peninsula, took an overnight pit stop in Ellensburg and a detour to Palouse Falls, before arriving in Spokane. 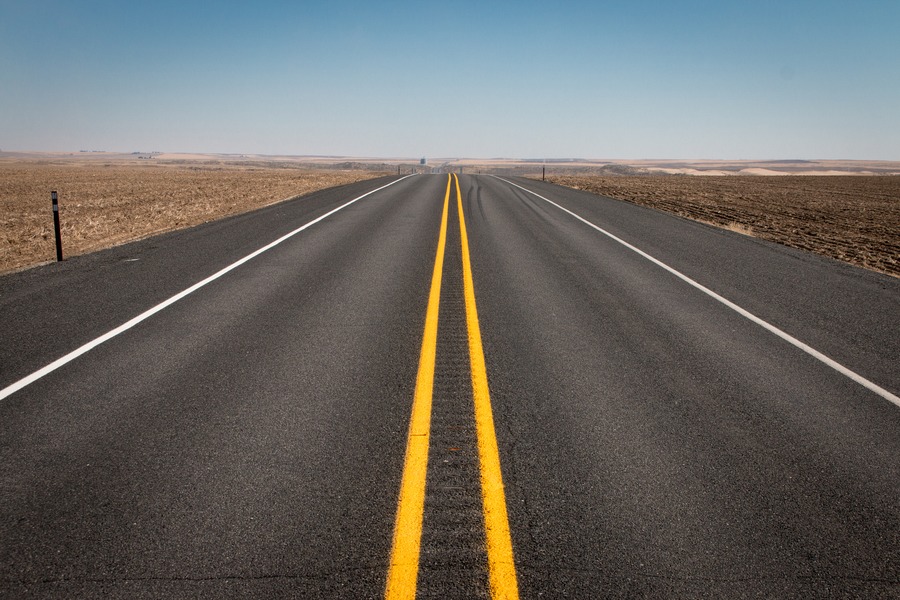 We didn’t have a preference on hotel this time, except a rough area and desired number of stars. On Expedia the “mystery hotel” option seemed like a smart choice – we wouldn’t have to choose! Plus we could get a pretty good idea of what sort of hotel we’d receive considering the relatively small number of options in city the size of Spokane.

I aimed at a 2.5-star hotel located in downtown Spokane and the going rate was around US$85 per night + tax. With Expedia’s “mystery hotel” it only cost $56 per night + tax.

As soon as we booked the hotel was revealed and we were locked into the Fairbridge Inn Express with around $30 per night saved. The hotel room had 2 queen beds, a microwave, fridge, cable, Wi-Fi, parking and breakfast. Bargain!

The night before the archery tournament we got together with our friends to chill and catch up. The time flew by hanging out in a private castle, playing games and chatting the night away. Yes, our good friends have a castle. In Washington.

It was custom built from the ground up some years ago, complete with a wall-walk, 2 turrets, great hall and stone clad exterior. 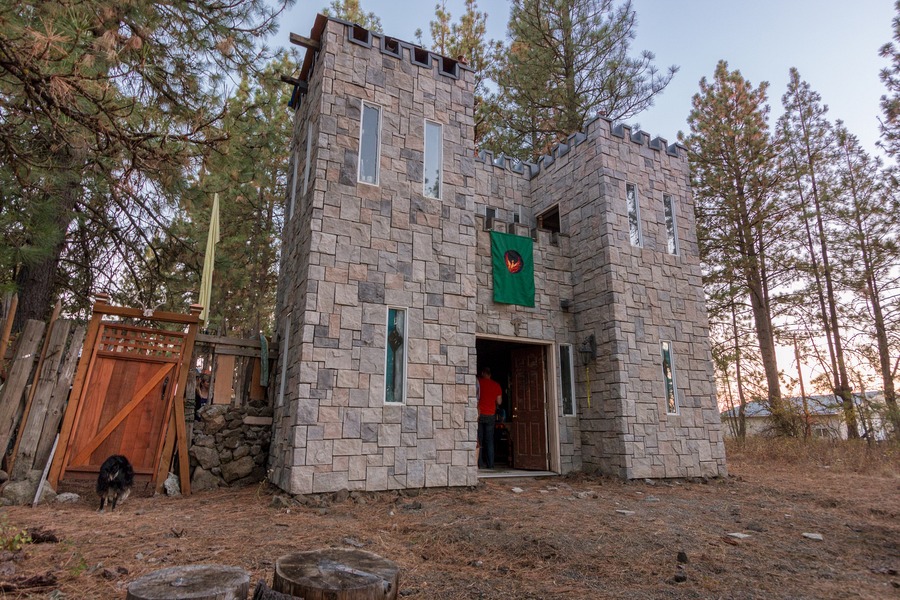 Yes, this castle is in Washington, USA

The next day we arrived to an elaborate and extravagant Oktoberfest-themed archery tournament. Canvas tents, full bodied costumed women and, of course, the castle. 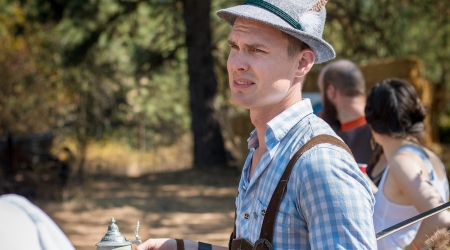 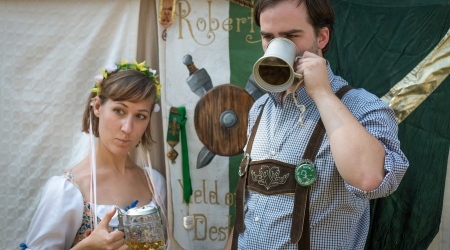