Stepping barefoot on a piece of LEGO is hell. Stepping inside a world of LEGO is a kidtopia. 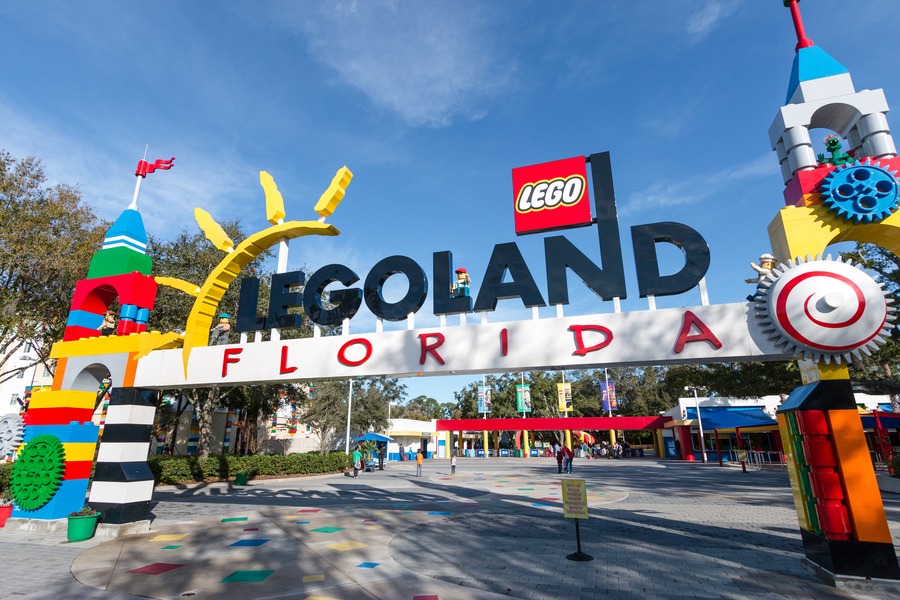 When we received an invite to be a part of the red carpet world premiere of “The LEGO® Movie™ 4D A New Adventure”, our family gave a unanimous “yes”.

LEGO and Travel With Bender go way back. One of our first media events in 2012 was the opening of LEGOLAND Malaysia. We also spent a day at LEGOLAND Windsor (UK) in 2014. So, we didn’t need to think twice about visiting LEGOLAND Florida, especially with the brand new hotel (opened in 2015) being right next door.

Save up to $22 per entry ticket for LEGOLAND Florida by purchasing them from this website. 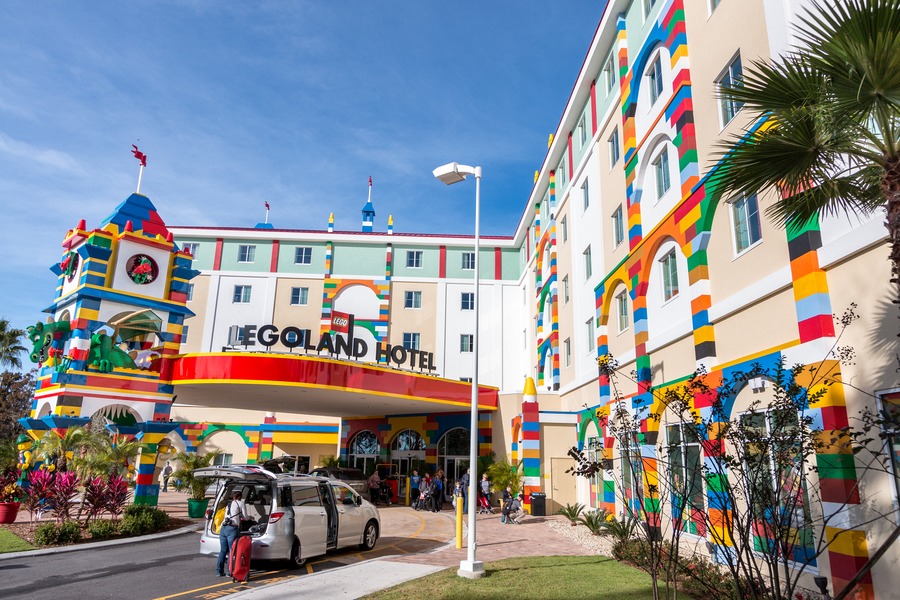 Aye Aye Matey, She Be Right

Our 30-minute drive down the highway from Orlando to LEGOLAND was easy and uneventful. But from the moment we drove into the resort, we were drawn into the world of LEGO - from LEGO-themed decorations lining the road to LEGO-styled booths at the parking entrance.

The kids squealed with delight as we drove up the long driveway, with windows down, blaring “Everything is Awesome”. A menacing green LEGO dragon stared down from atop the hotel entrance. We weren’t even inside the hotel and we already knew this was going to be special.

Our car was left in the capable hands of the valet and we stepped into the lobby.

Our room was not ready yet, but we had 2 days at the park so we were happy to drop off the bags and walk the 200 “kids steps” to the entrance of the LEGOLAND park. Yes, 200 steps. It is literally next door. A huge bonus for tired kids (and parents) at the end of a big day.

But more about the park later. Let’s go back to the hotel.

When we arrived back at the hotel around 3pm, ready for a siesta after a full day of fun at LEGOLAND, our room was ready.

I pried my kids out of the LEGO pit in the lobby and away from the castle-themed indoor play area. Then I managed to drag the husband away from 5,000 LEGO men lining the back wall of the reception desk and we hopped in the elevator. 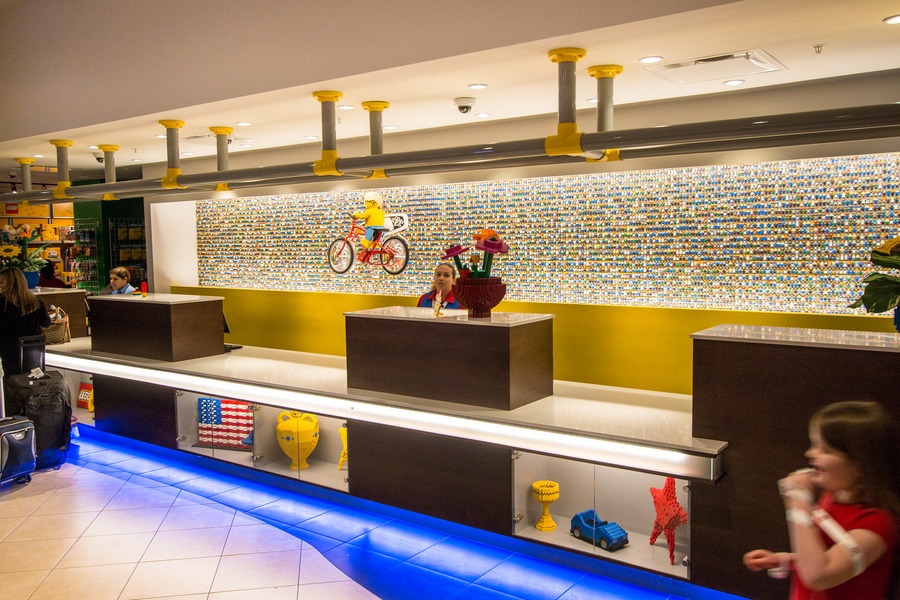 The elevator was a whole other problem altogether… I didn’t want to get out! Flashing lights, a mirror ball and light-up floor transformed a regular elevator into a standalone attraction. It was so much fun for the kids, and I appreciated the intricate attention to detail in every element, transforming the ordinary into extraordinary.

When the elevator doors opened, jaws dropped with audible “ahhhs” – we were on the Pirate floor. Walls were completely covered in LEGO pirates; suite doors looked like brigs and even the carpet resembled a wooden pirate ship. And then we got to our suite. 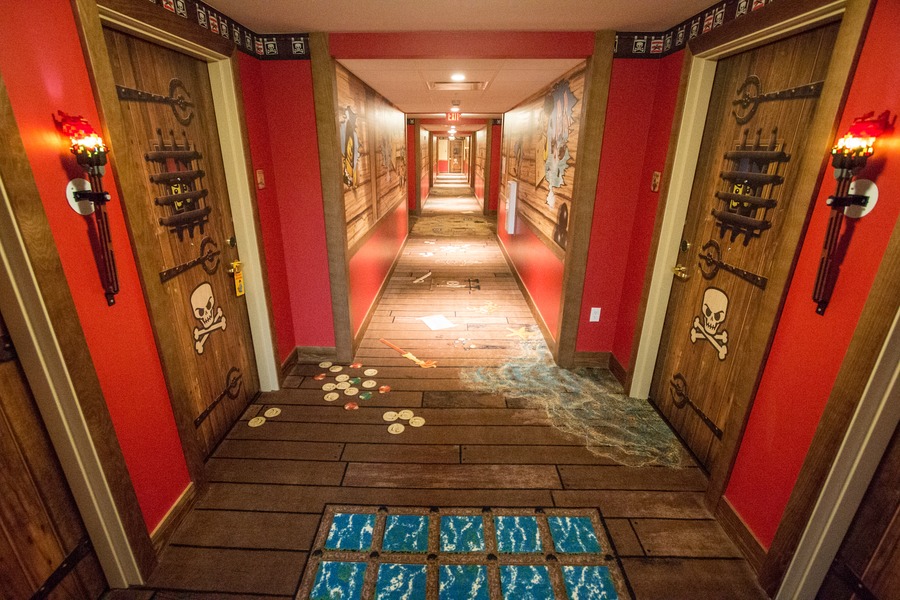 I’ve never stayed in a themed hotel like this. Every little detail had been considered from the bed covers, to the treasure chest safe, to the shower curtain, to complimentary LEGO toys for the kids.

Check out our video for a tour of the room: 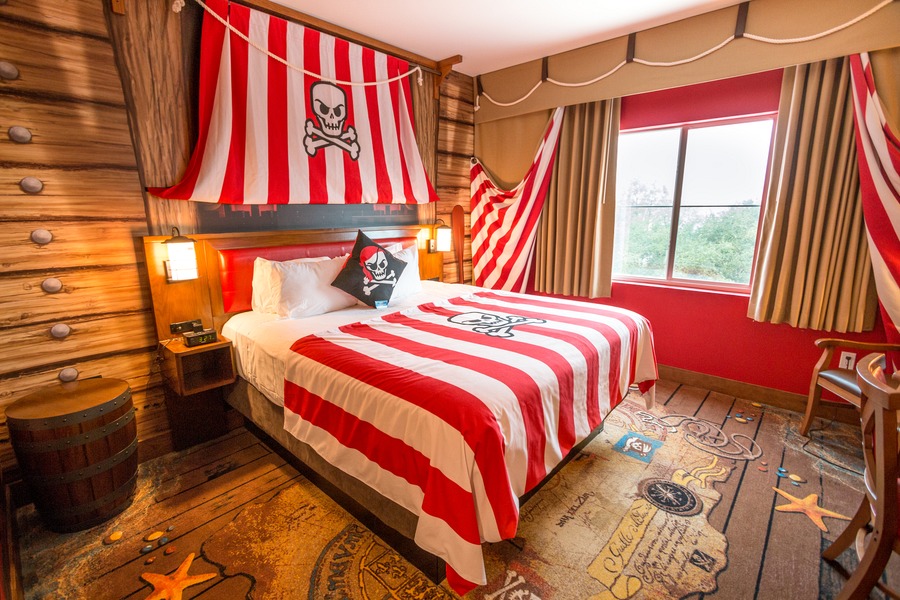 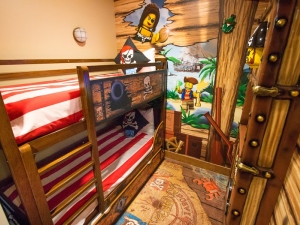 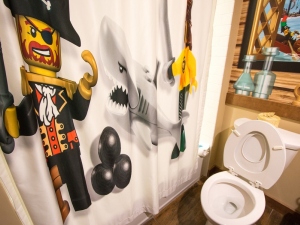 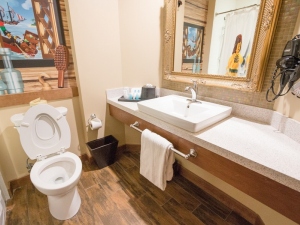 A nifty scavenger hunt for the kids kept their hands busy, endeavouring to unlock the treasure chest. Their reward for completing the challenge was toys, magazines and snacks. 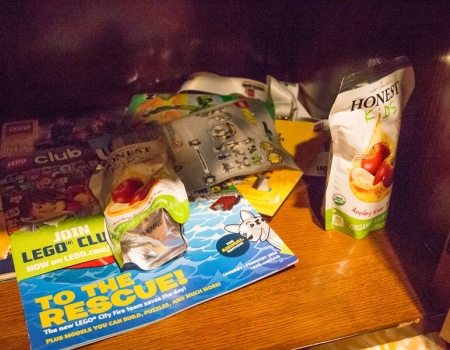 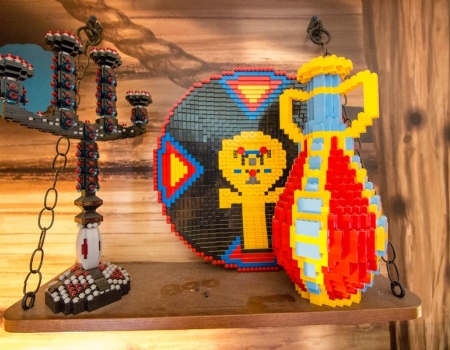 Safe to say it was a complete and utter victory. LEGOLAND Hotel is a “must do” in my book for any LEGO-loving child (or adult).

With a LEGOLAND Hotel stay you commit to a specific breakfast time at check-in since the hotel is busy and the Bricks family restaurant is relatively small. When we arrived there was still a short wait, but the queue moved pretty fast. 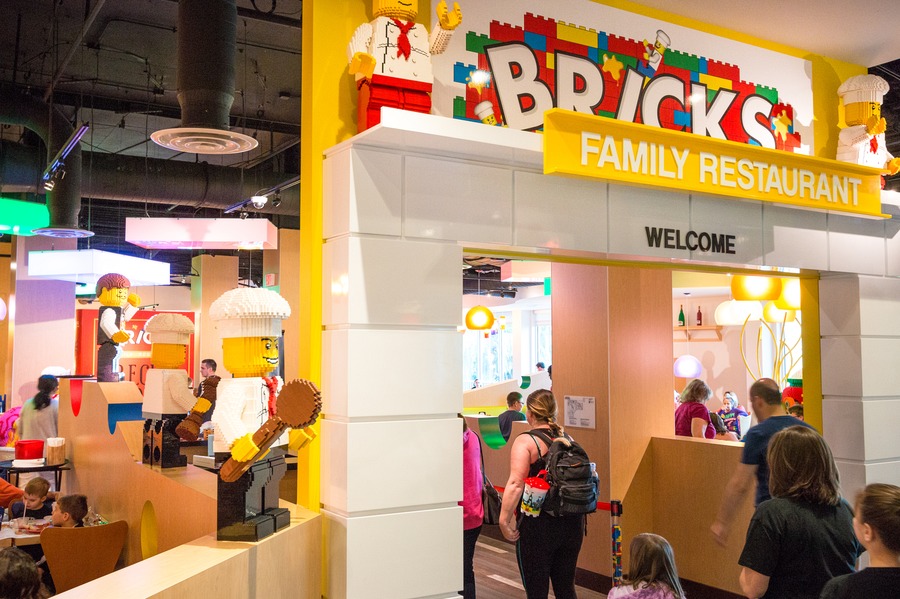 Breakfast was delicious. It comprised of a large hot and cold buffet selection (including yogurt, apples, pastries, and chocolate milk) with the kid-centric buffet area taking centre stage – our kids loved that they could see their own food and select it.

Eggs were made to order by the very fast and very funny, Manny. 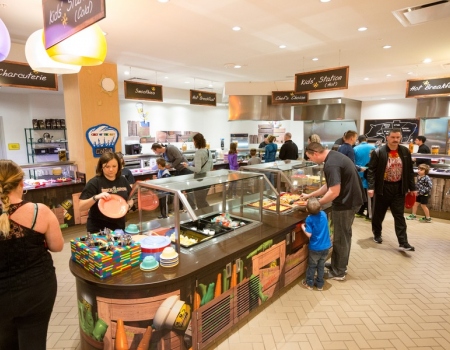 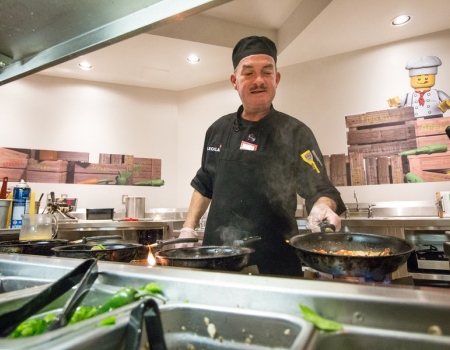 In addition to the fully themed lobby, there’s also an indoor play area near the bar/café and an outdoor pool. While we didn’t get around to using the pool, it looked tempting. We arrived back one evening from the theme park to watch a pirate-themed kids show. LEGO characters greeted guests at breakfast and even occasionally played with kids in the LEGO pit. Our kids were in LEGO heaven. 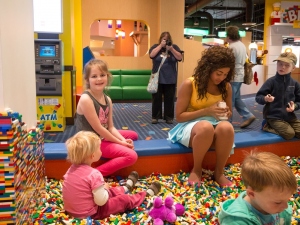 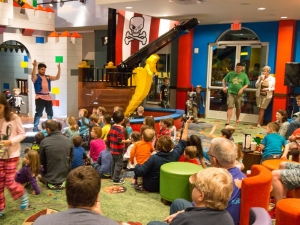 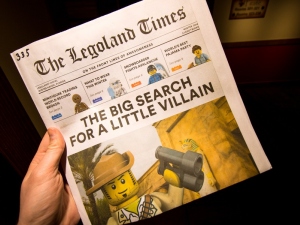 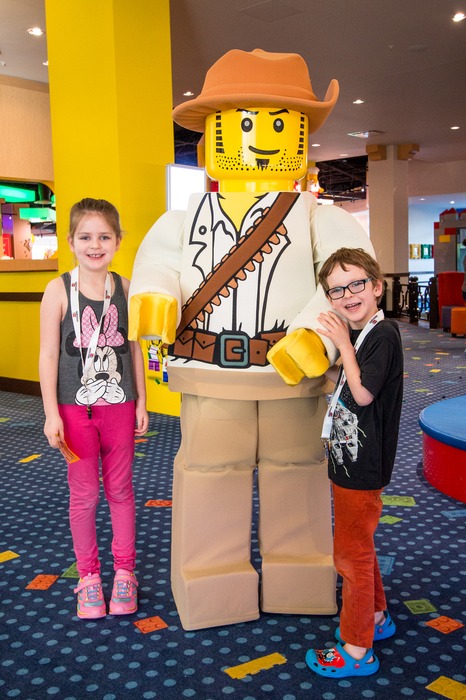 Tip: Guests staying at LEGOLAND Hotel can go into the park 30 minutes before regular opening hours. There are absolutely no queues during this time!

How Many Days Do You Need To Visit LEGOLAND Florida?

You could hurriedly finish LEGOLAND Florida in 1 day, without the waterpark (which was closed for the season during our visit). At a more relaxed pace, with siestas and young kids, a 2-day pass is perfect.

The park is 145 acres, which makes it the second largest LEGOLAND after Windsor, UK. It houses 45 rides, several shows and restaurants, a botanical garden, the famous Miniland and a waterpark. 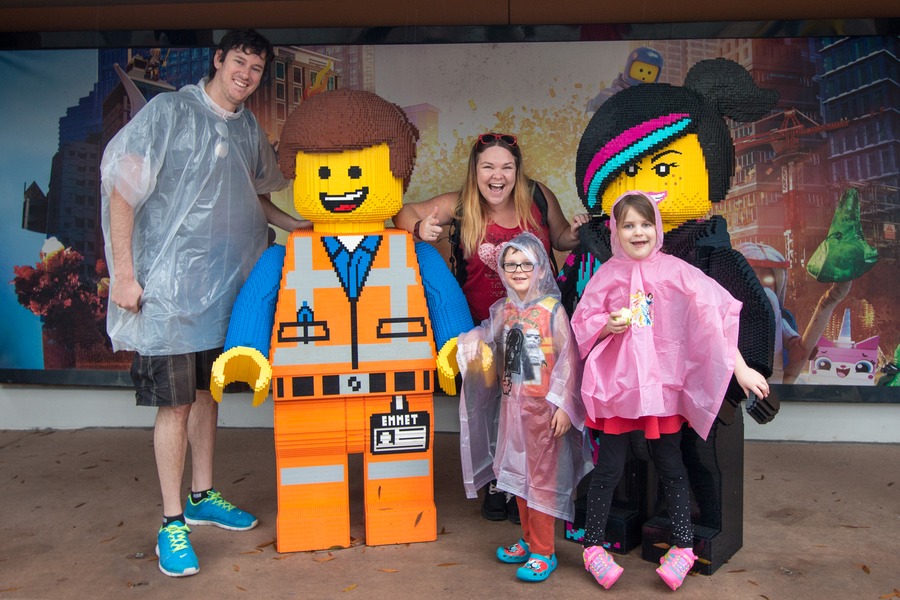 The park comprises of 11 “lands”. We started with the Island In The Sky, a rotating platform that rises 150 feet into the air, providing 360° views of the park. It was the perfect place to start and get our bearings. 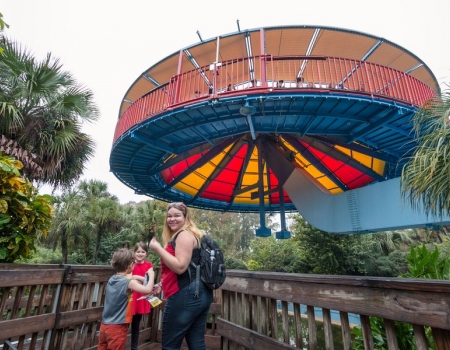 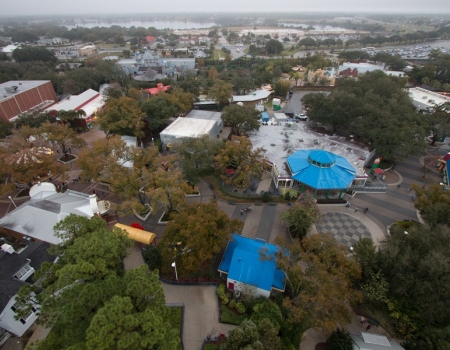 Next, here’s an overview of the 11 lands:

Fun Town – The 4D cinema has 700 seats and we saw two shows there. This was also where the movie premiere was held. 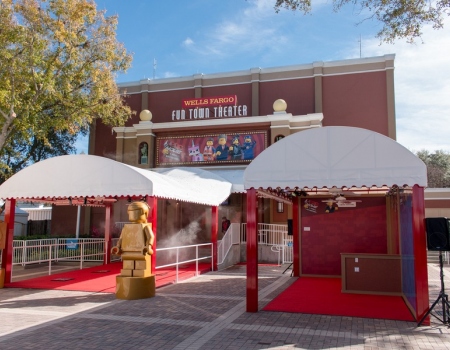 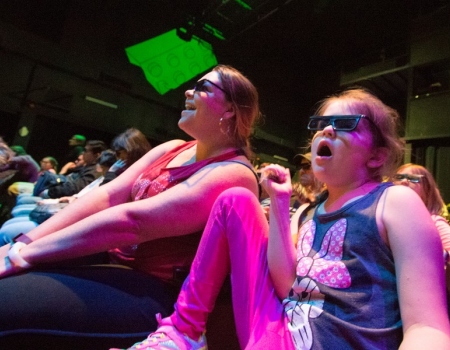 Imagination Zone – Our kids’ favourite part of the park was a room filled with LEGO computer games and tablets. We visited each of the 2 days for a little downtime, more so for the adults than the kids. 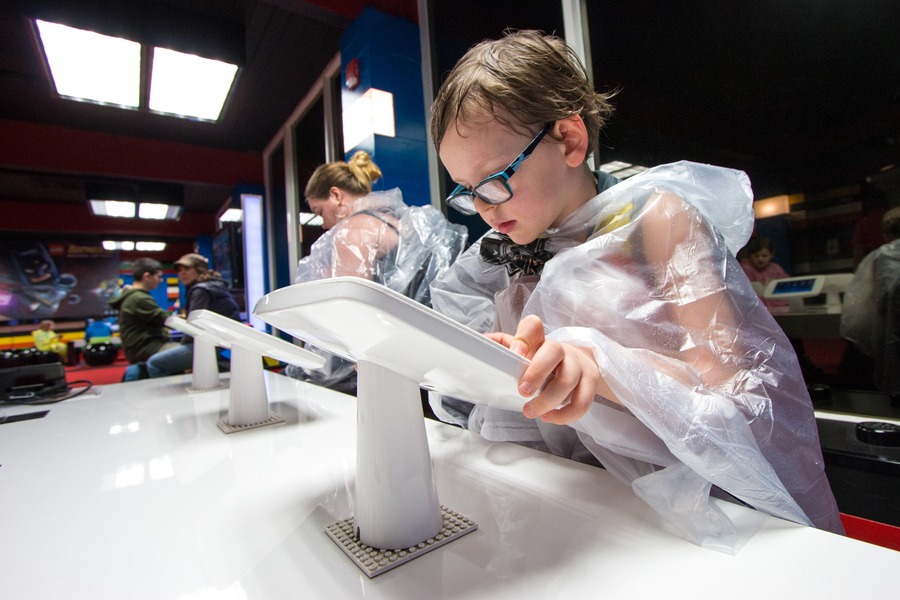 Heartlake City – My daughter loved Mia’s Riding Adventure and rode it 5 times. I don’t know how she did it. We also had fun at the Friends to the Rescue Live Stage Show. 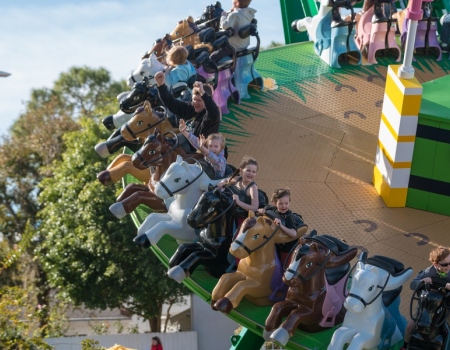 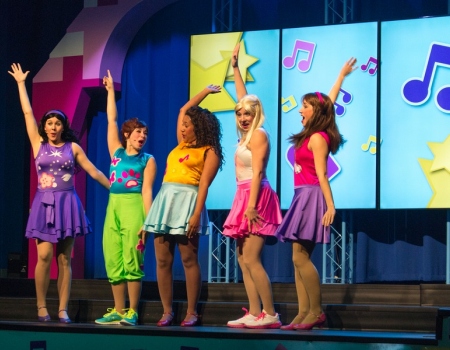 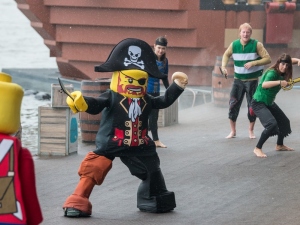 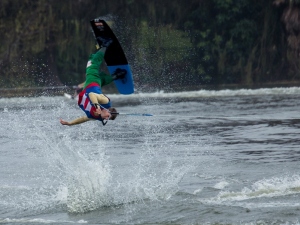 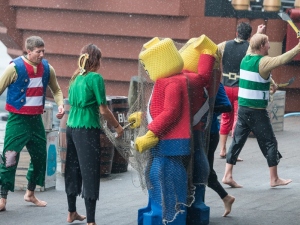