The icy wind is wildly rushing past me, as I tiptoe closer to the edge. Far below waves crash like orchestral cymbals against the jagged cliffs with a deep, reverberating pounding that could almost be felt under my feet. It’s acutely cold and I shiver as I inch even closer to the perilous edge. It’s a moment that casts my memory back to 2012 swinging my legs over the rim of the Grand Canyon. Our guide closes her eyes and turns away muttering, she was not going to stand by and watch. My husband is busy clicking away on the camera to capture the fleeting moment. Finally the red earth disappears and my eyes can finally see the sheer drop of the majestic Cliffs of Moher. The wind whips at my clothes begging me to jump, but survival instinct takes over and I slowly retreat backwards one foot at a time. 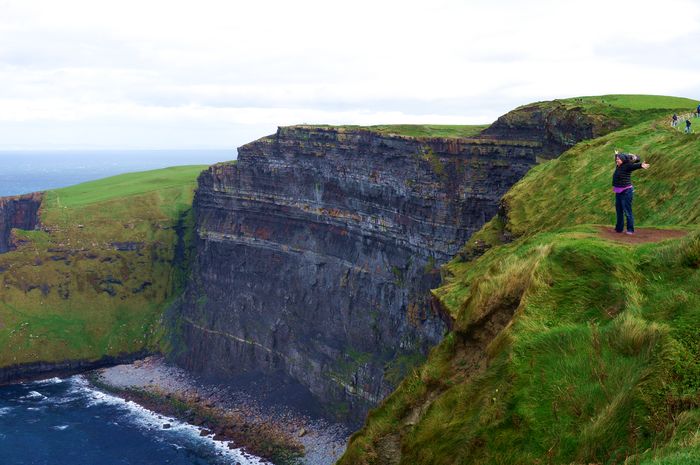 The world really has oodles of amazing natural wonders and we have had the great pleasure of taking in many of them from the Grand Canyon, Multnomah Falls, and Crater Lake in the USA to the Dead Sea in Israel, to Cappadocia in Turkey and to the world’s second largest barrier reef in Belize. There are infinitude. And one of them happens to be the 2nd most popular tourist attraction in Ireland. 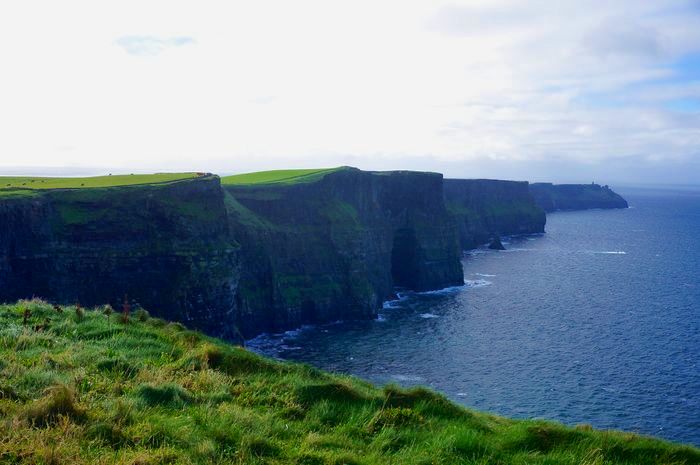 We set out from Limerick in the morning towards the far west of Ireland to find the legendary Cliffs of Moher. The cliffs are located in County Clare and rise up to 214 metres (702 ft) above the wild Atlantic Ocean. Film buffs will importantly recognise them as the Cliffs of Insanity from Princess Bride or the Horcrux Cave from Harry Potter and The Half Blood Prince. 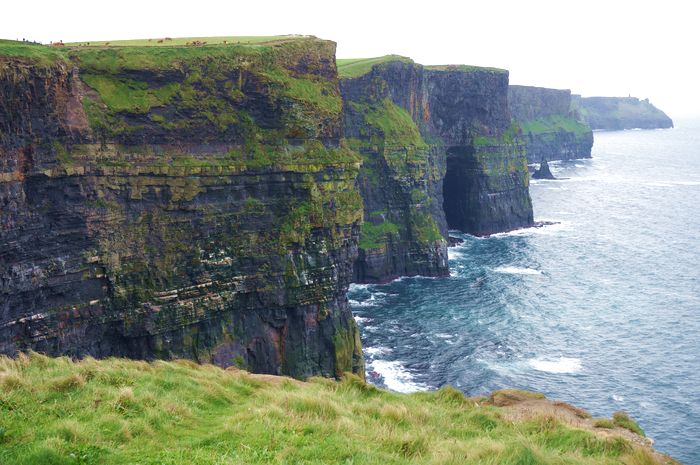 The signage is pretty easy to follow and we ended up in a carpark with a short walk to the visitors centre beside, or rather, built in to the cliffs. Opened in 2007 it has won awards and accolades for it’s forward-thinking, environmentally sensitive design. 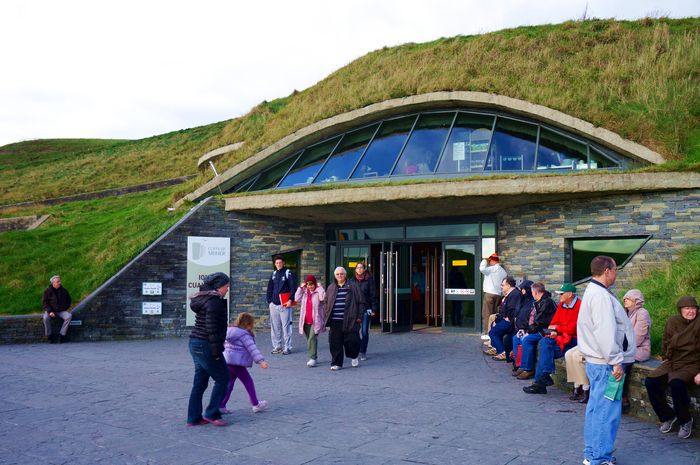 We met the lovely Director, Katherine, who offered us a personal tour of the facilities and cliffs. Adults are €6 ($9 AUD), while kids under 16 are free. The kids enjoyed the interactive media displays that explored the origins of the cliffs plus it’s flora and fauna. Their favourite feature was the animated movie which explores the cliffs from a bird’s (and fish’s) perspective so we ended up watching it 3 times. 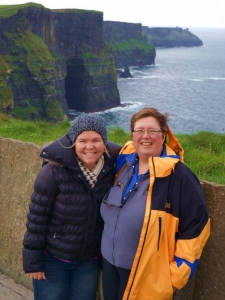 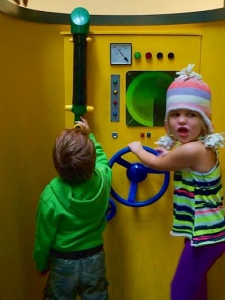 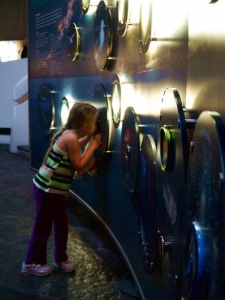 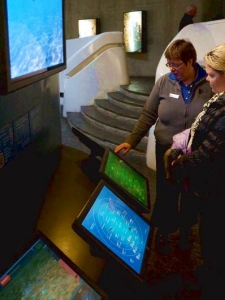 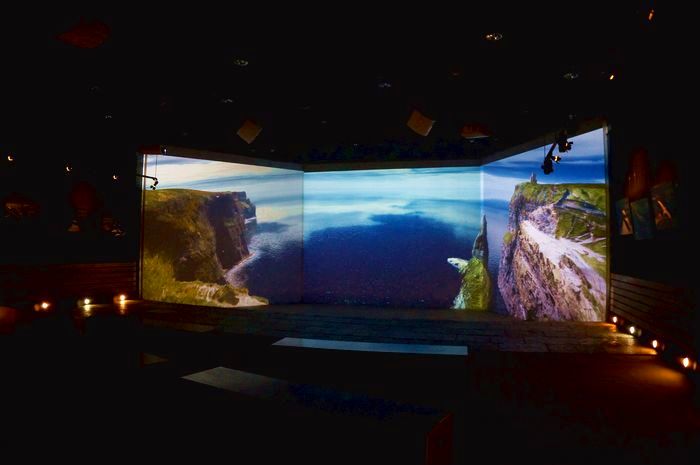 Finally after some time playing and reading the information in the center we pulled all our coats and scarves back on and braved the great outdoors. The cliffs are staggering, dare I say, insane. It’s easy to see where Princess Bride came up with the name. To think people use to have tea on it’s edges, that’s insane. Well, actually I’m insane. I love a good cliff hang and although I never managed to get close enough to peer right over the edge I did get close enough for beads of sweat to rapidly appear on my concerned husband’s brow. 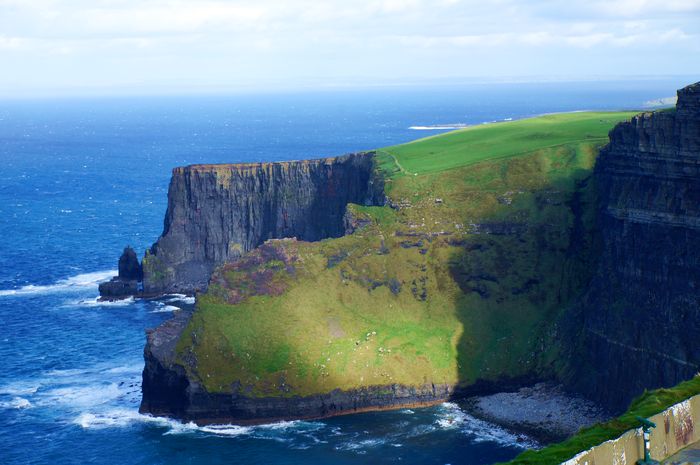 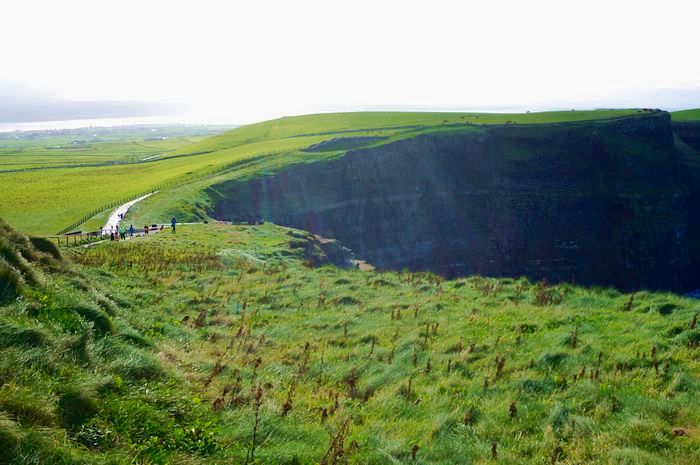 The beauty is mesmerising, the wind bitting, the views phenomenal. A lonely round, stone tower (O’Brien’s) stands on the Cliffside, built in 1835, apparently to impress the original owner’s female guests. Once you scale the tight staircase narrowly dodging the tourists coming down you could quite possibly be blown off the sides if it wasn’t for the high stone wall. But the outlook is worth it as you become hypnotised by the ocean crushing against the cliffs as far as the eye can see. 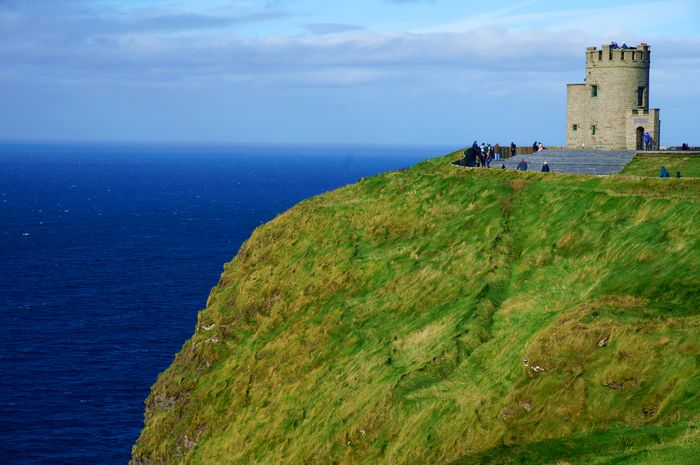 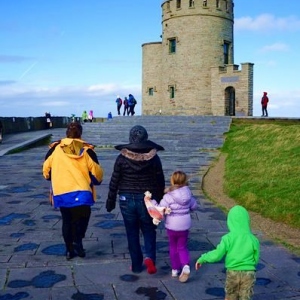 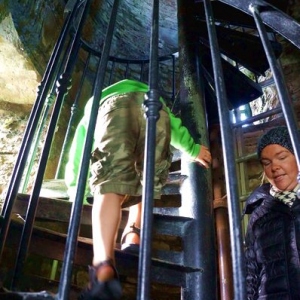 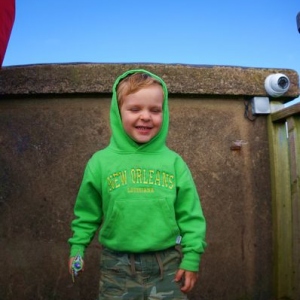 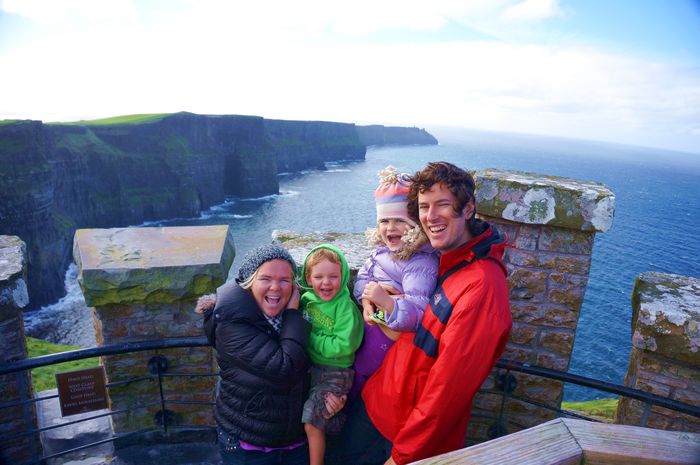 Once we had taken in all views of the cliffs we retreated back to the visitor centre to grab a bite to eat at Cliffs View Café. The food here was surprisingly excellent compared to the typical fare found at most tourist attractions. So good, it made our Irish food post. 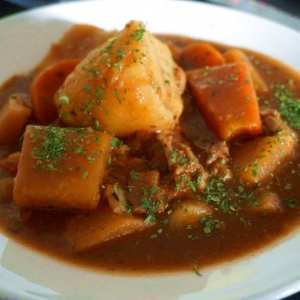 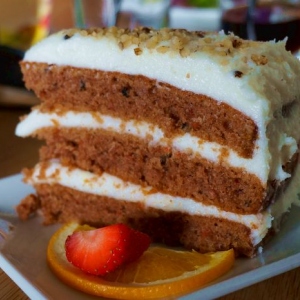 When you visit Ireland you will not want to miss the majestic views and magical vista of the Cliffs of Moher. And if you have time, stay in the region a couple days to discover more attractions like caves, beaches and watersport (best done in Summer), golfing, fishing and boat cruises. There’s more to County Clare than meets the eye.

I will never cease to be amazed at the alluring natural beauties of the world around us, and how wonderfully they were created. Especially those that I can risk life and limb on, in return for a spectacular photo. 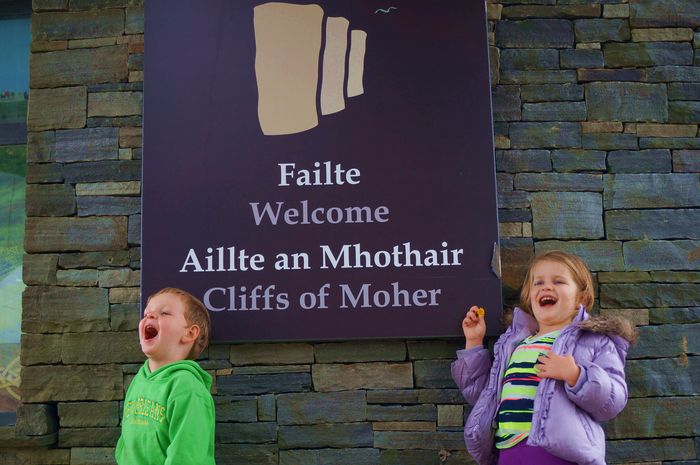 "I respond to every comment by private email. So please leave me comments, I love chatting to you" - Josh Bender
Posted by Karin on Nov 17th, 2013
Beautiful
Posted by ayngelina on Nov 17th, 2013
Beautiful photos and looks like you got lucky with the weather :)
Posted by Laurie Ashton Farook on Nov 18th, 2013
"To think people use to have tea on it’s edges, that’s insane." Insane indeed. Wow.
Posted by Joan Reilly on Nov 21st, 2013
Lovely Blog, thanks so much for sharing with us - you should try the view from the sea next time!
Posted by Martin on Nov 24th, 2013
Thanks for such a great review of the cliffs. I love it there, its so beautiful and it never gets old and I have been going there since I was a kid nearly 30 years ago , we used to hang over the edge back then , long before it was a tourist attraction. Hope you can make it back again some day :-)

-Martin
Posted by Jan Ross on Nov 29th, 2013
The Cliffs Of Moher were absolutely one of our favorite things when we visited Ireland. My husband could not really enjoy them though, as he was carsick from all the windy Irish roads - so beware when you visit and take some Bonine or Dramamine. Everyone should see this incredible location. Thanks for sharing!

wanderlustwonder.com
Posted by Greg Goodman on Dec 12th, 2013
Inconceivable!
Posted by kadri järve on Mar 17th, 2014
One of the best and favorite place where I've been.
Posted by Brian on Sep 30th, 2015
Going to the cliffs next January but you've already given me a jump of adrenaline (not a bad thing). Liking your blog. Much fancier than my own.