When exploring a new city, one of our favourite ways is with a hop-on-hop-off bus. It helps to acquire an overview (quite literally from the top of a double-decker bus) of the region, as well as valuable insight into the history and culture with live or recorded commentary. If our kids are tired, they can easily nap on a bus and we just cruise around doing a bit less hopping on and off.

There are essentially 3 ways of exploring Malta: hire your own car, take a public bus or taxi, and the hop-on-hop-off bus, of which there are 2 competitors. Driving in the built-up areas of Valletta could be risky or downright dangerous for the uninitiated. The roads are very narrow and local drivers seem to be wearing lead shoes. Public buses are cheap but don’t always reach the typical tourist spots you might be looking for. And a taxi would get you around, but costs a pretty penny. So the hop-on-hop-off bus option works out best. It’s reasonably priced, and reaches pretty much everywhere you’d want to see on a holiday in Malta. 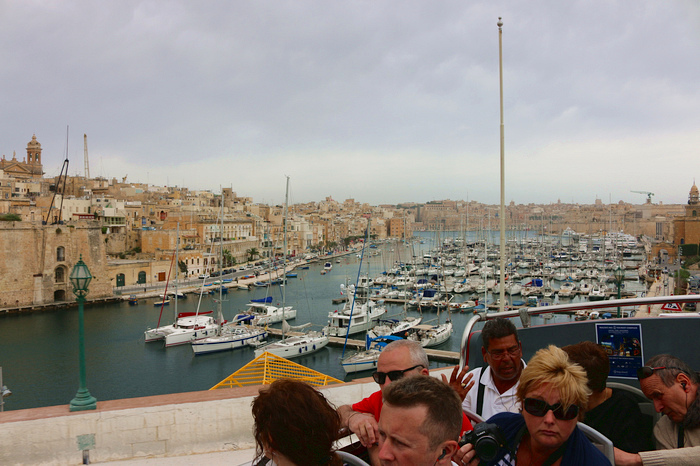 We opted for 2 tours with the Malta Sightseeing bus – the island of Gozo and the South tour. Buying tickets is very easy with a sales agent at the main city stops (Valletta and Sliema), where most tourists would stay. Kids under 5 are free, which is even better value for a family with young children. You can also book your tickets online if you wish as well as download a copy of the brochure and timetable.

Planning your trip is essential because the relatively low frequency of buses and relatively large number of stops means that getting off on each stop (in 1 day) is impossible.  So pick your favourite 2 or 3 stops and stick with those. That may require a bit of research, or you could just keep reading the rest of this blog post and I’ll help you. 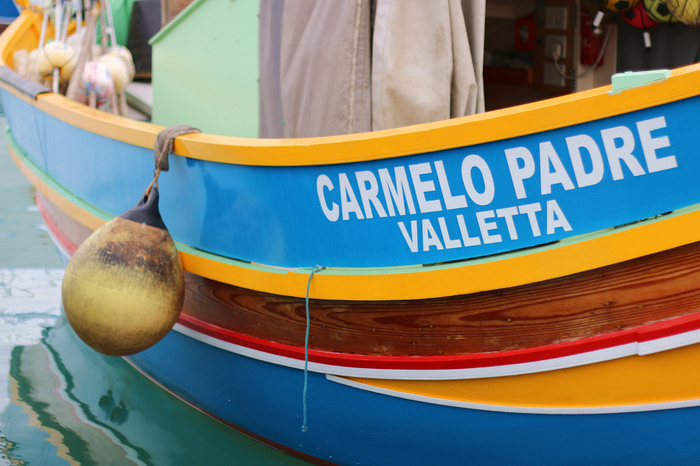 The first daytrip we did was in Gozo, which is an island north of the main island of Malta. A shuttle to the ferry terminal is included with the ticket price, but it must be booked at least 1 day in advance, so a little planning goes a long way (see the above brochure link for pickup times and locations). The round trip ferry tickets were purchased at the terminal and only cost €4.65 per adult and €1.15 per child. For some strange reason, you can opt to purchase the ticket on your way back, but I suggest getting it in the Malta terminal just in case you’re running late when trying to catch the ferry back from Gozo in the afternoon.

The ferry ride was fairly short, only about 20 minutes, and there was a range of snacks and drinks available for purchase. On a sunny day, sailing past Comino would make for some lovely snapshots.

Unfortunately our day held grey skies and stormy outlook so we opted to stay inside the warm cafeteria, where the kids napped on the lounge.

The hop-on-hop-off bus was parked outside the ferry terminal in Gozo and filled up quickly. So try to get off the ferry as quickly as possible in order to score a good seat.

With an hour gap between this and the next one, the staff were very attentive to calling in other buses when they realised how quickly the bus reached capacity. Unfortunately a full tour bus usually feels more like a normal bus than a tour one. The seats crammed, often leaves you standing, unable to tune into the commentary.

Our bus had seen better days. We love when our hop-on-hop-off tours include live commentaries and I don’t believe Malta Sightseeing offer this. There was an unusual lack of background music in the recorded commentary so you weren’t sure if the headphone jack was working (or not) for some time.  Since my headphone jack wasn’t working (probably the reason why it was one of the last seats available on the bus), I couldn’t hear the audio commentary at all. I noticed the buses on the South tour were much better maintained.

As the bus started off, it provided a beautiful panorama of Mġarr harbour as well as the chapel of Our Lady of Lourdes. 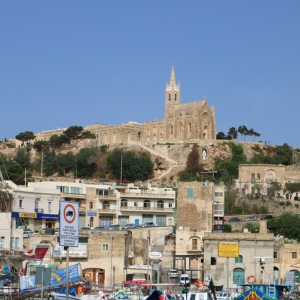 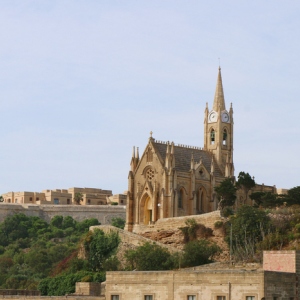 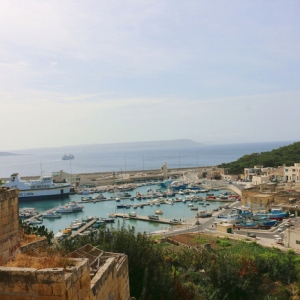 We had picked out 4 stops, but one of them – Calypso Cave – the bus driver drove past unannounced. Later when we quizzed him, the response was that the road was closed and someone mentioned the cave had partially collapsed. When researching the topic afterwards I found that the views from the cave lookout are breathtaking so if you can manage to get out of the bus and make the climb, the lookout would be worthwhile. 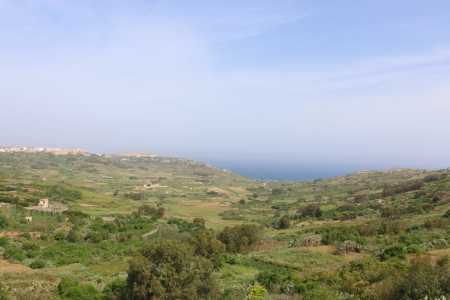 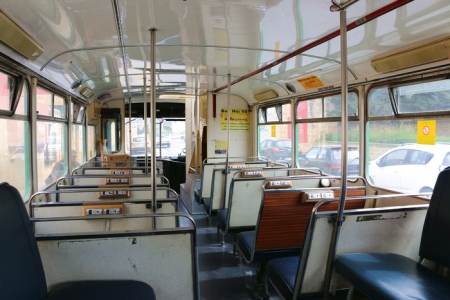 The other nearby stop we made was at Ġgantija temples (translated to “Giant’s Tower”), which is the oldest free-standing structure in the world – built around 3600 BC. What makes this even more remarkable is the construction was completed without metal tools and the wheel had not been introduced at that point. Entry to the complex was €9 per adult (children free) and included an indoor exhibit which sheds more light on the excavations. I spotted a small kids playroom, but we didn’t have time to stop and zipped through the ruins and made our way back to the bus.

€9 is quite steep for an entry price to a large piece of rock. It doesn’t really resemble much and you are going to really need your imagination for this one. But knowing how ancient it was and seeing the size of the rocks used to build it, certainly added to its mystery. The mystery deepened when we read how the inhabitants had all bafflingly disappeared. 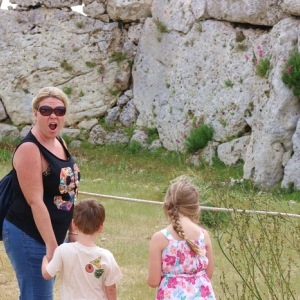 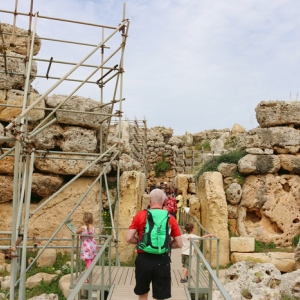 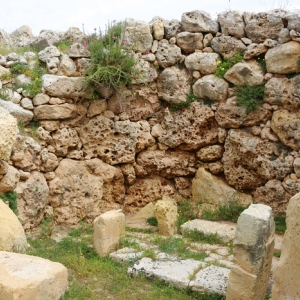 We stopped in Victoria for lunch, which is the largest city on Gozo. After trying some local rabbit stew and taking a short walk past markets and churches, we jumped back on the bus. 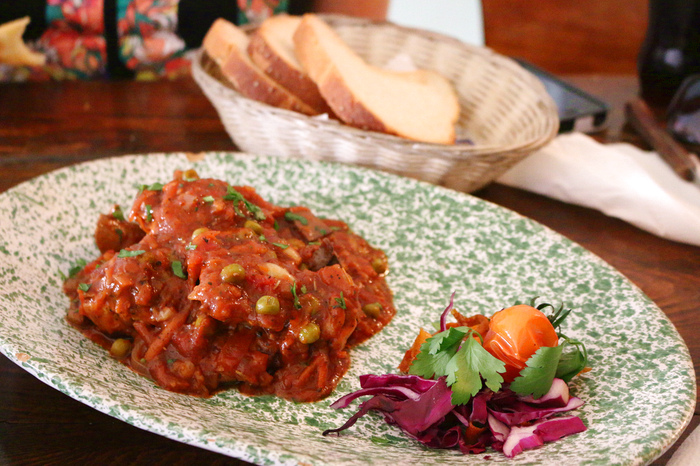 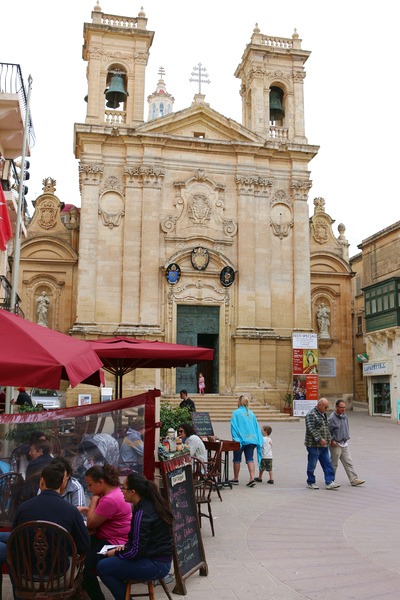 Our last stop for the day was the Azure Window (Dewjra). This was definitely my favourite. The natural beauty in this area is breathtaking, however the magnificent natural limestone arch is eroding quickly and may not survive more than a few more years. So put it on the top of your to-do list in Malta. 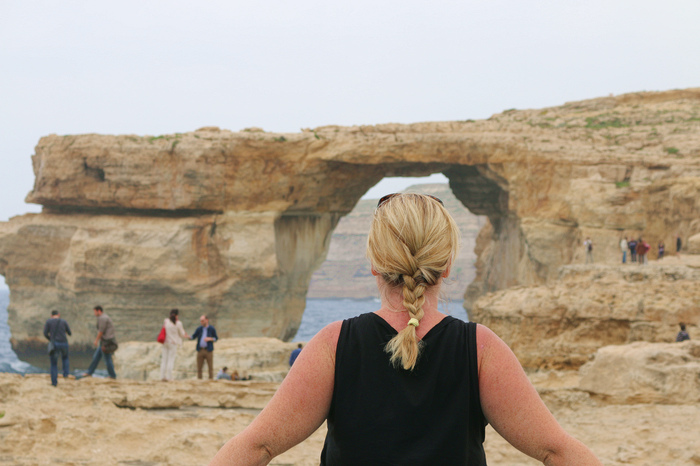 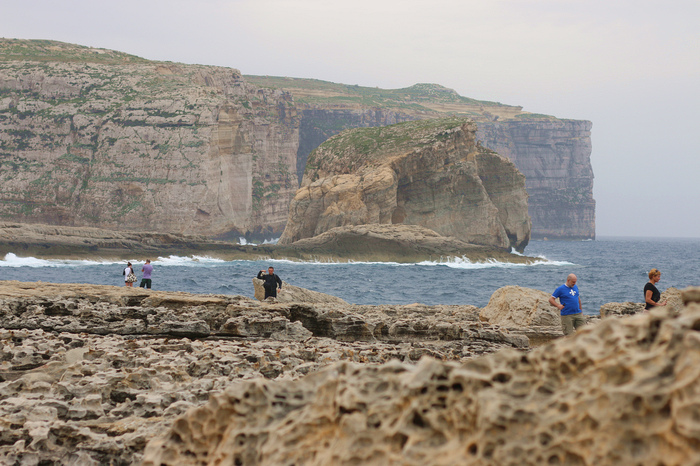 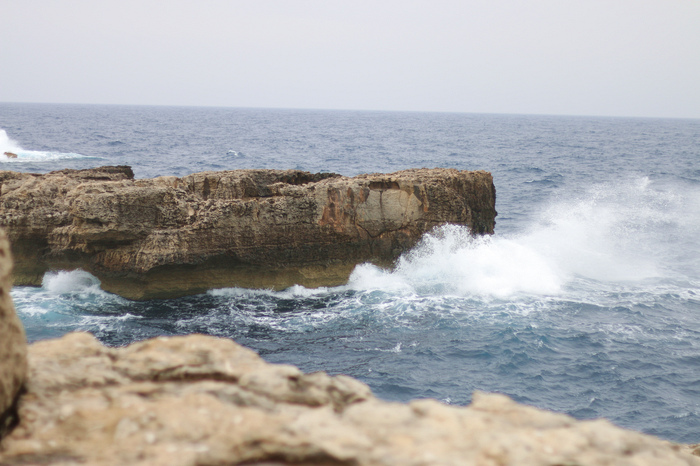 The pitted weather-beaten rock along the beach gave an impression of being on the moon, and the kids loved pretending to be astronauts. There were several food vendors setup in the carpark so we grabbed a well-deserved ice cream before making our way back to the bus stop. 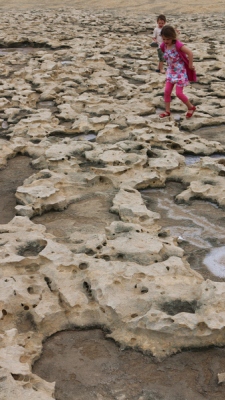 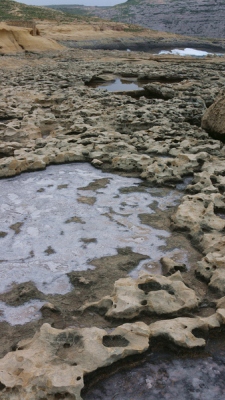 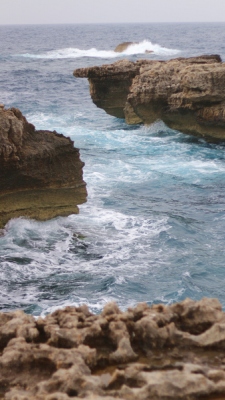 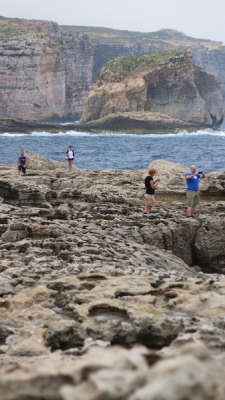 We reached the ferry terminal with plenty of time to spare and made our way back to Valletta via shuttle. If you’re returning to your hotel via a taxi or shuttle try nicely asking your driver (nicely) to stop past Popeye Village for a quick photo opportunity. It’s a quaint village built as a movie set and re-purposed as a tourist attraction. The colourful buildings are almost cartoon-like and this pic proved to be one of my most popular on Instagram during our Malta visit. 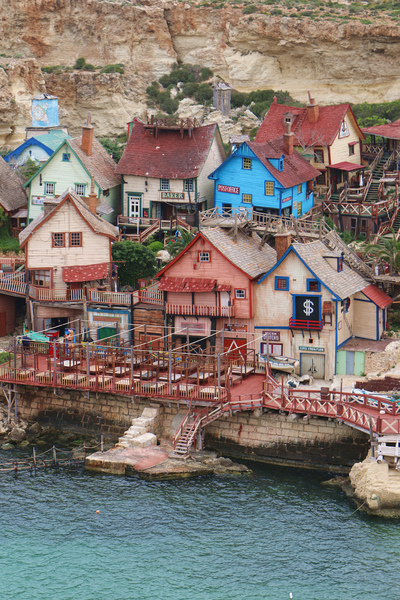 "I respond to every comment by private email. So please leave me comments, I love chatting to you" - Josh Bender
Posted by Paul Grech on May 2nd, 2014
Fans of Game of Thrones out there might recognise the Azure window as it made an appearance in Season 1 (Dothraki wedding).
Posted by [email protected] on May 2nd, 2014
We did the Calypso cave on our visit to Malta and it's basically a narrow dark cave, and that's that. You didn't miss out on anything by not visiting it. Odysseus must have been miserable to have been held in this sort of accommodation for so many years.
Posted by Michael Stathopulo on Oct 18th, 2019
Just a post I was looking for. This is something that could give me information about what I needed to know.