We Did WHAT in Davos-Klosters in Just 1 Day?!

Our arrival into Davos was dampened by hard rain that even drenched through our rain jackets. We retreated to our hotel for the afternoon and evening. So when the sun indecisively shone through the clouds the next day we decided to make the most of the weather and fit in everything we had planned to do across the two days. Just how much adventure can a family fit in one day? Let’s find out!

Not far from our hotel was the Adventure Park in Davos. We had visited the previous night to enjoy a delightful dinner at the restaurant, Chalet Velo, but now we were back for some serious fun. I offered to be the photographer while Josh and the kids suited up. 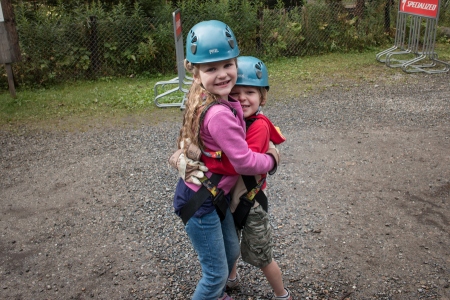 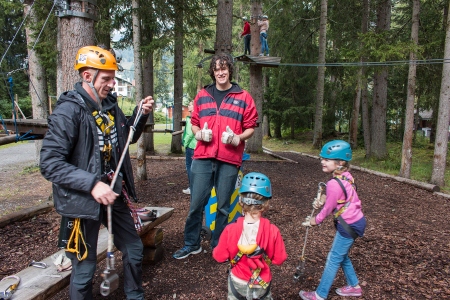 The Adventure Park offers 5 unique rope courses with varying levels of difficulty. The kids and Josh strapped on helmets, slipped on gloves and jumped into harnesses (if harnesses are something that can be jumped into). The children’s low ropes course, for 4 to 8 year-olds, was equipped with a fall-back system just for that extra peace of mind. 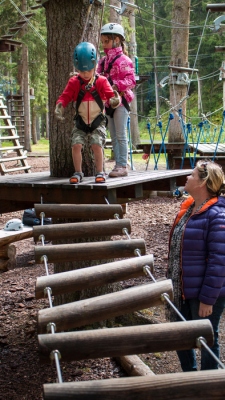 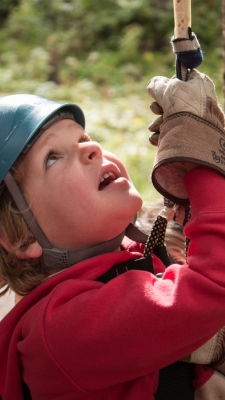 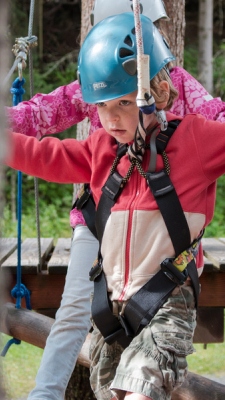 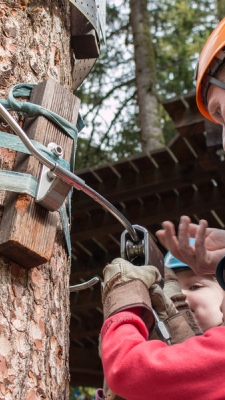 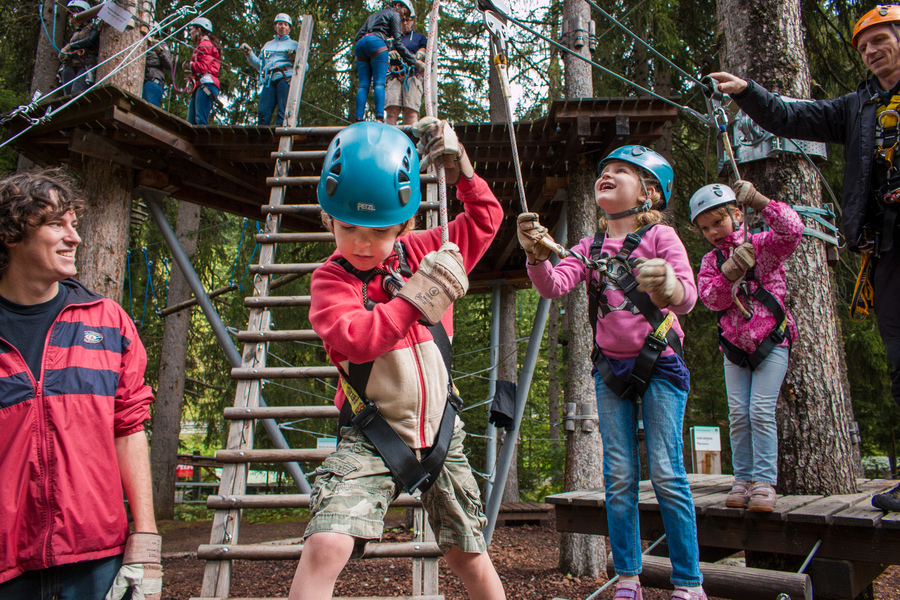 Mia (at 5 and a half) was a pro whizzing through the obstacle course like she had done it a hundred times. Her favourite station was at the end where she was able to use her harness as a flying fox from a platform to the ground below.

Caius (at 4) found the course a little more challenging. He managed to complete it two times before deciding he had had enough and bolted for the playground nearby. Mia kept on going and going, finding a little friend to continue racing with.

Josh finally decided to climb up. He left the hardest “black” course for another day and opted for the “yellow” intermediate course. Using his height as an advantage he powered through using muscles he didn’t even know he had. The high rope courses are a lot of fun and the various course difficulties means anyone can try it, regardless of their fitness level. 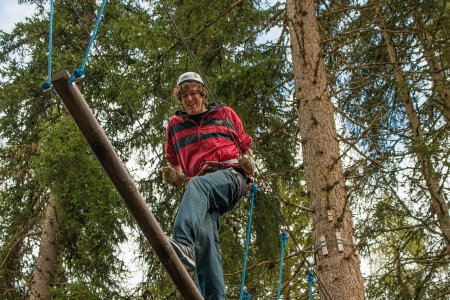 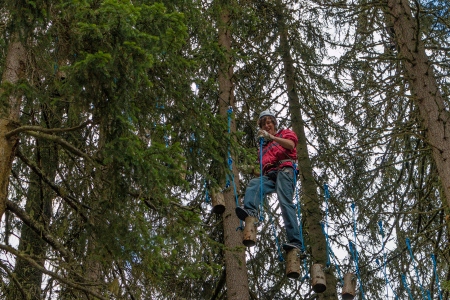 The rope courses are not the only thing you can find on the grounds. If you bring your own bike you can head to the bike park free of charge. There is also a public BBQ area and two playgrounds. 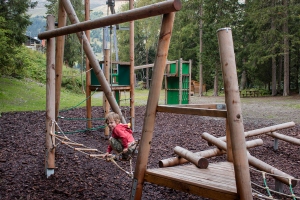 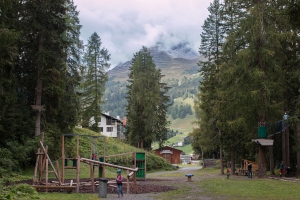 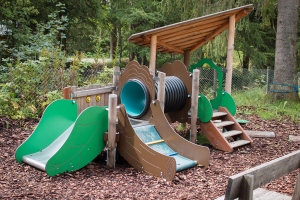 We loved this place for the children’s rope course and it’s delicious restaurant. A great way to spend a few hours rain or shine while in Davos.

The Schatzalp is known as the “Magic Mountain”. What is the magic?

The magic started back in the 1800’s when a hotel was built in an Art Nouveau style, situated 300 metres above Davos with the most enchanting views. The hotel was originally designed as a luxurious sanatorium and was regarded as one of the most advanced healing centres of its kind during the 20th century. People came from all over the world to sit, relax and heal in the clean Swiss mountain air before modern medicine influenced the sanatorium’s rebirth as a luxury hotel.

Even more famous than the hotel is the entire mountain which was immortalised in a popular novel, “The Magic Mountain” by Thomas Mann.

For us we found the “magic” on the summer toboggan run. A 500-metre long steel slide that not only gave a thrill ride down the mountain, but conveniently took us up as well. Perfect! We had about 4 or 5 rides and the kids wanted to go again and again. Highly recommend a few hours on the Magic Mountain. 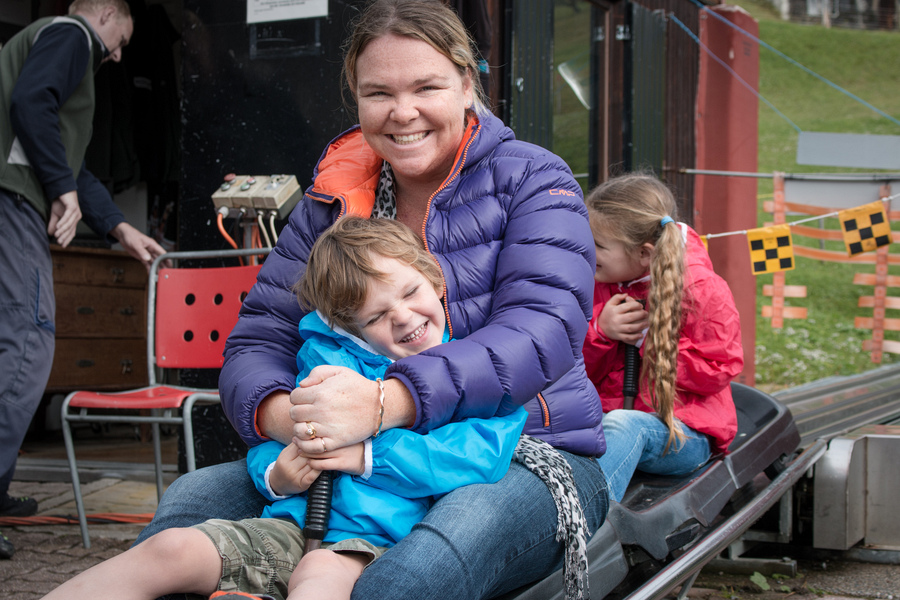 Snuggle in tight, we're going to fly down the mountain on a sledge! 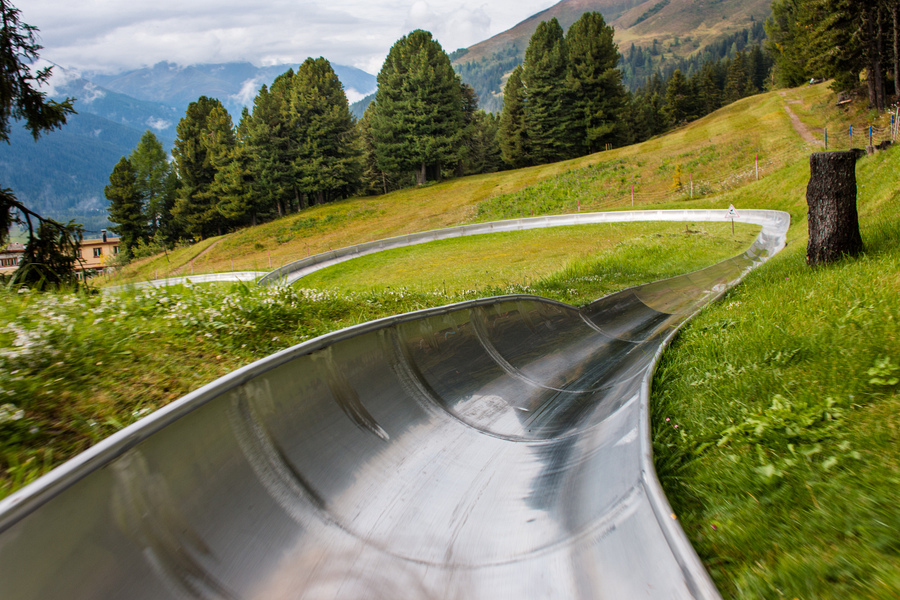 Pffft! The slide at Google's HQ doesn't have anything on this one! 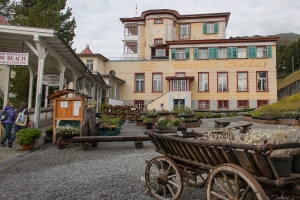 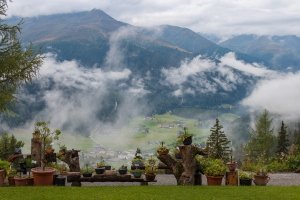 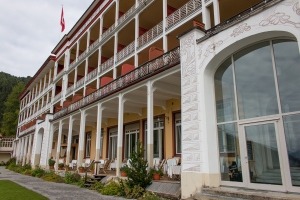 It can be easily accessed from the centre of Davos via a funicular which runs throughout the day.

Our last stop on our day of adventure was in Klosters. It’s a 19-minute drive northeast from the centre of Davos. This gorgeous alpine town receives British royalty on a regular basis as their preferred skiing destination.

Madrisa is a mountain in the Rätikon mountain range, overlooking the town of Klosters. Its summit (2,826 metres) is located near the Austrian border.

We took the gondola (not to be confused with a cable car or chair lift) to the top of the mountain and exited into Madrisa Land.