If there is one place in the world I wanted to stay in a moment forever it was the precious hour I spent on this mountain.

Unbelievable views. Perfectly snow-capped peaks. Crystal clear lakes. Surreal stillness. No wind. No rain. It was almost warm. And it was beautiful. 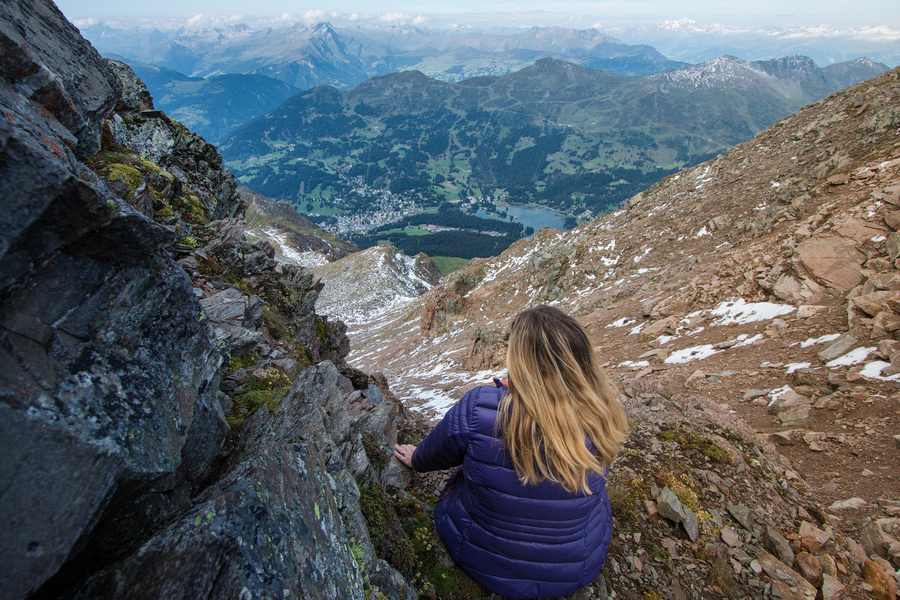 Lenzerheide sits at the feet of the mighty Rothorn, a mountain in the Plessur Alps in eastern Switzerland. 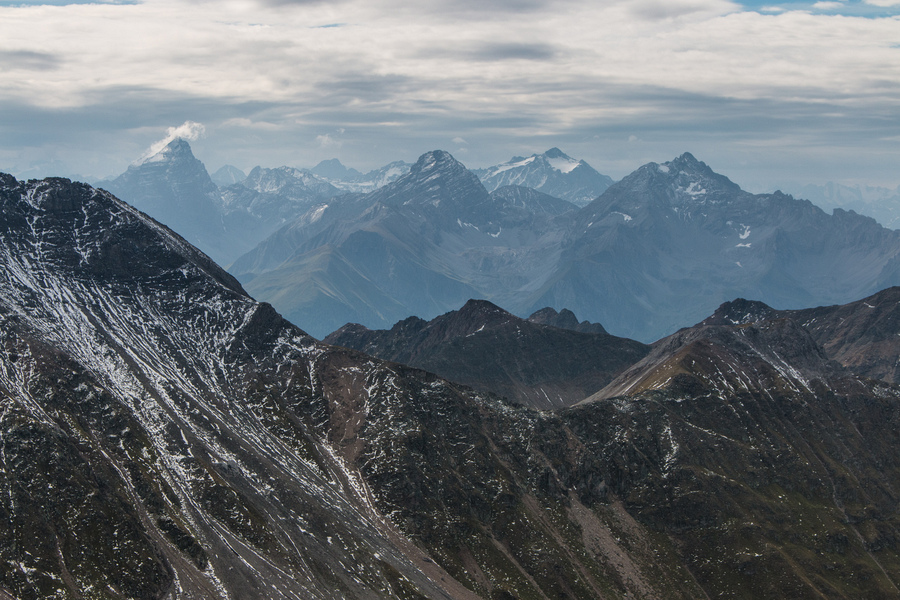 Our first stop at the base was Pesko, the sports store that rents out bicycles and Lenzi Bikes amongst other things. Lenzi Bikes are monster scooters made for the outdoors and we took 2 out for a spin. Once we had our helmets and bikes we were directed to an elevator within the store, which took us up to the very entrance of the cable car. 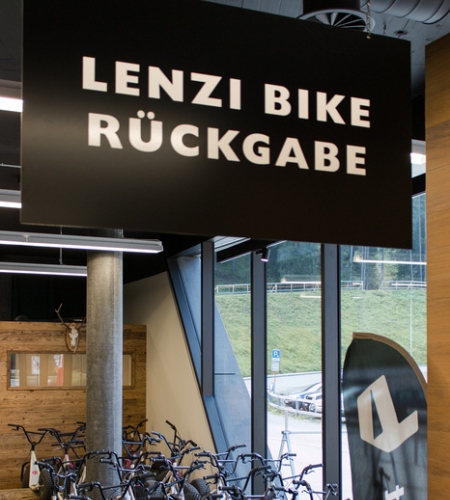 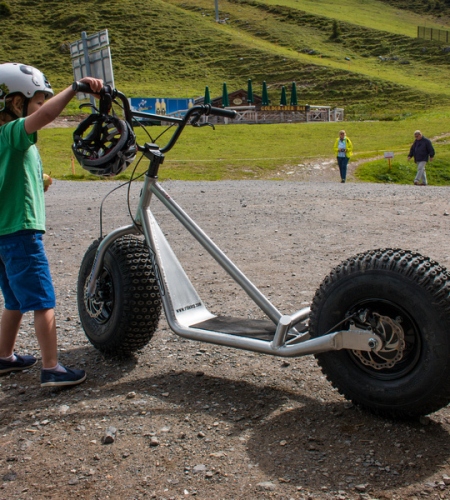 Cable cars in Switzerland are as common as almost any other method of public transport. We maneuverered our monster scooters into the cabin, made sure everyone was in and shut the doors. What started off slow as we entered soon picked up speed and were climbing the mountain at a break-neck pace.

I saw other cable cars loaded with mountain bikes hanging from the racks on the cable car exterior, since the mountain is also home to a number of very popular world-class mountain biking tracks. 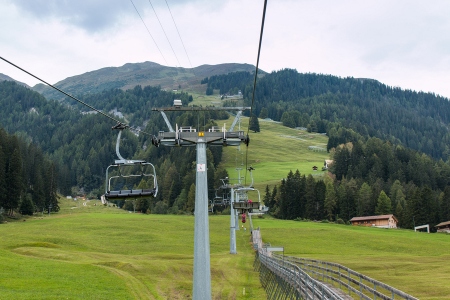 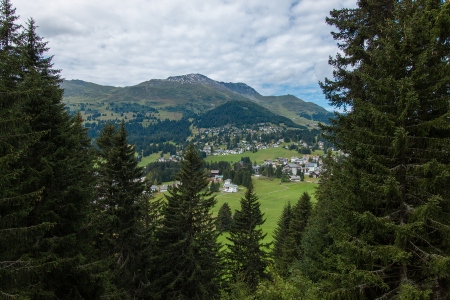 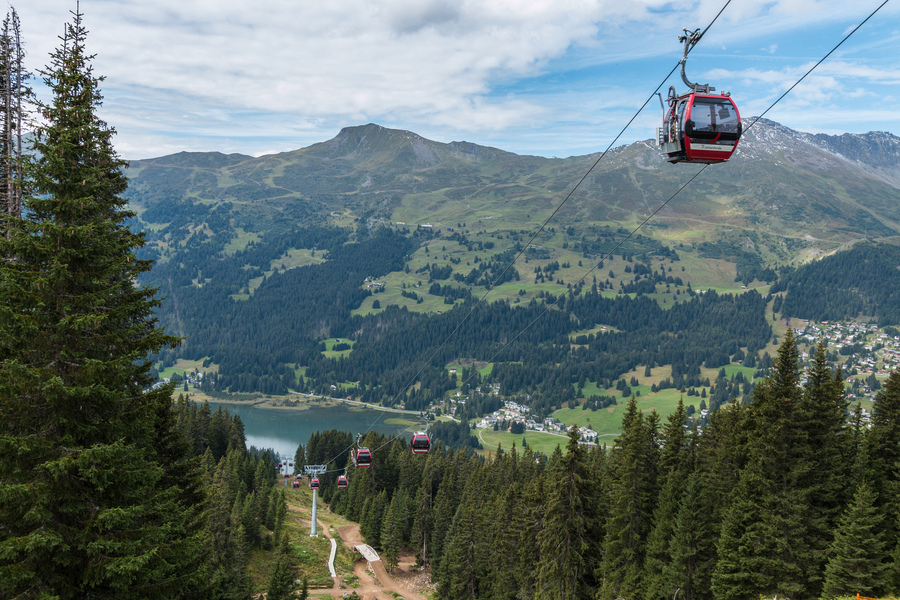 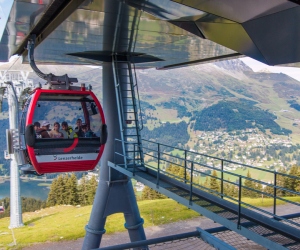 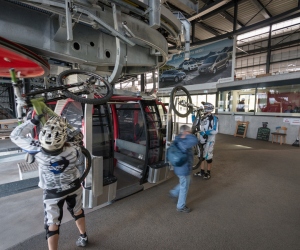 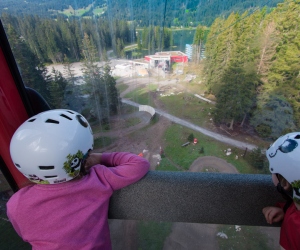 At the mid-station we disembarked and left our monster scooters just to the side of the cable cars.

It’s best to ask for a lock when hiring your bikes to make sure they don’t go missing from this spot, however we did forget to pickup the lock and our bikes were still there when we returned. Phew!

A second cable car, which departed at set times, took us along with a group of other visitors up the remaining part of the mountain, reaching 2865 metres above sea level.

We stepped out of the doors, and walked outside into the sun and saw this… 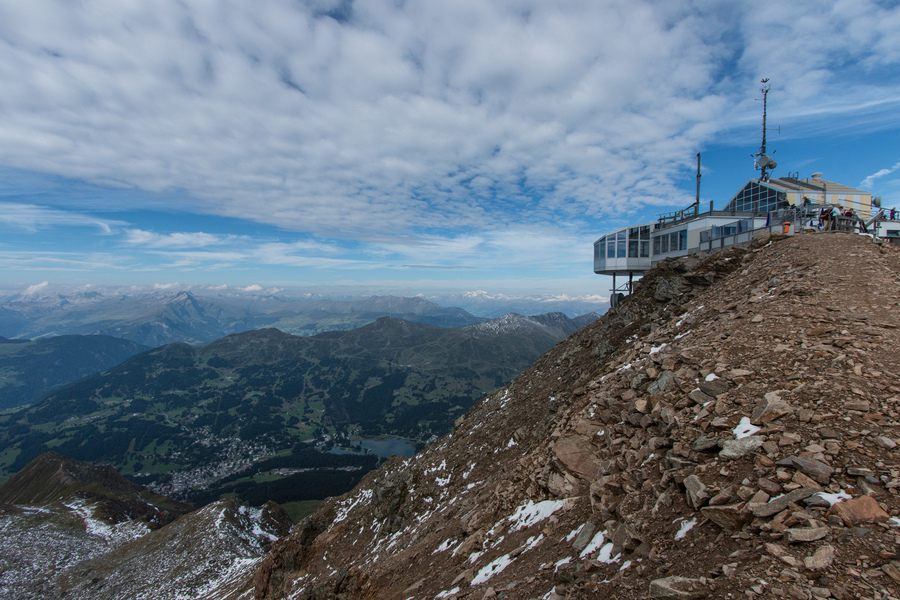 The only thing on this mountain, housing the cable car

Could any other exclamation do this justice?

Several days prior to our arrival had been particularly cold with light snowfall on the mountains, and so a few days later when we were there it created the most pristine conditions. The temperature was an estimated 10°C (50°F) outside, but I didn’t find it that cold. There was no wind. The sun was shining. But there was still snow to play with, just like our time at Crater Lake, Oregon in the US. The absolute best of winter mingled with the summer sun. Perfect.

Josh couldn’t take enough photos and I was happy to sit on a rock or bench and just stare. And then stare some more. 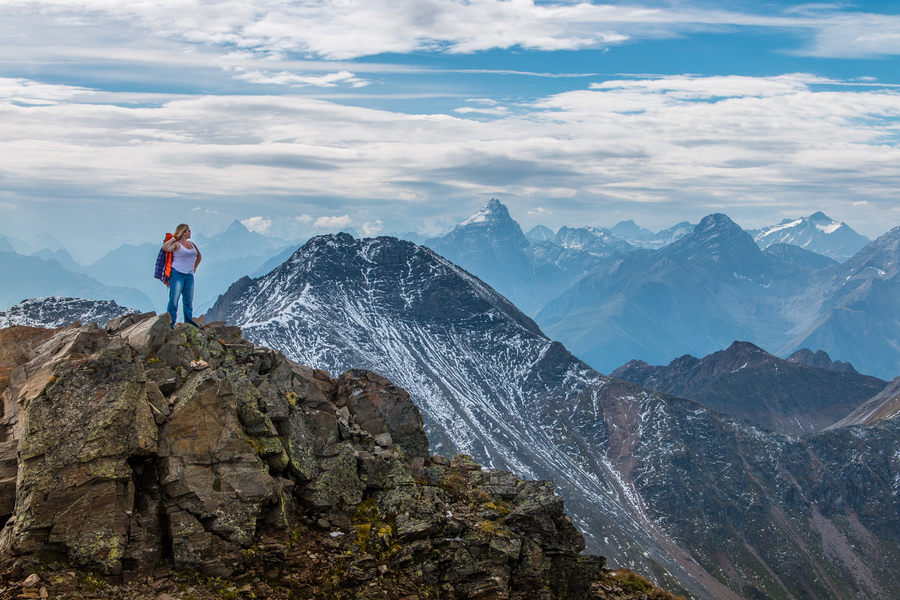 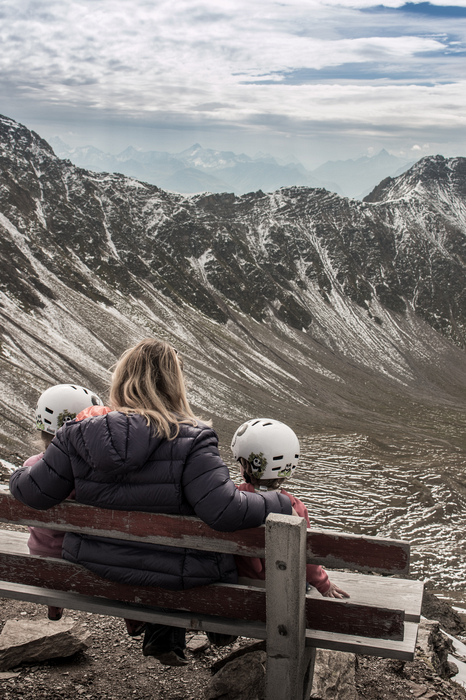 Can I sit here forever?

Just in case, I wasn’t clear before… wow.

The kids found great joy in throwing rocks down scarily steep drops and I did have the occasional nagging mum moments remarking they were getting to close to the edge. 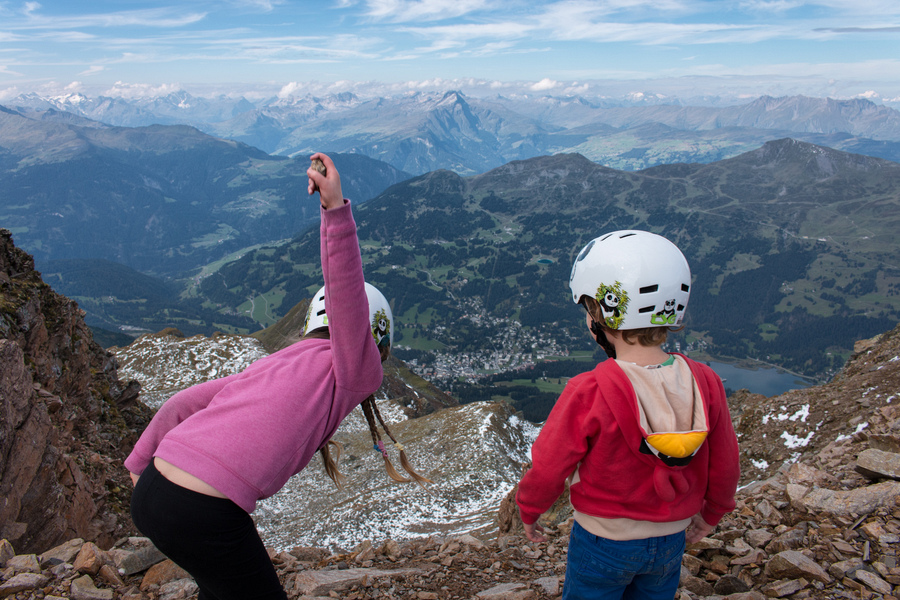 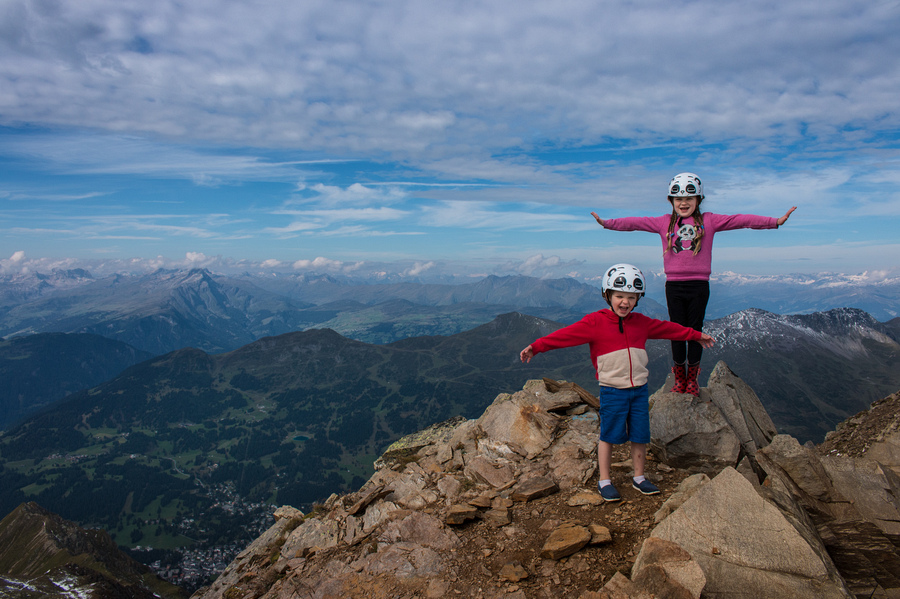 On top of the world, Mum!

When they weren’t causing mini avalanches they were making snowmen or throwing snow at their daddy.

Tears started flowing when our inadequately chosen clothes and shoes started soaking up the snow, leaving freezing toes and wet socks. We weren’t dressed for snow fun. But we still had fun anyway! 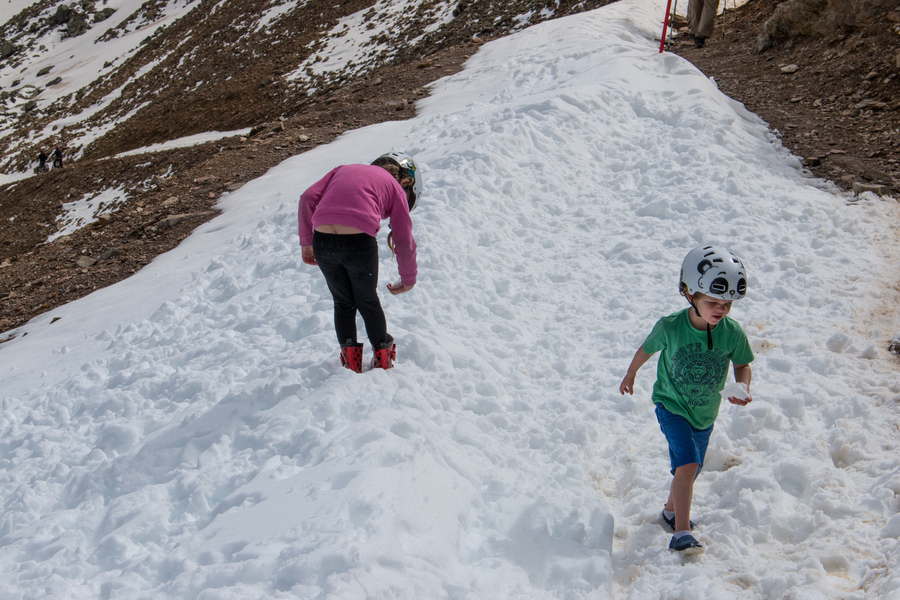 Only their second time seeing snow, it was addictive 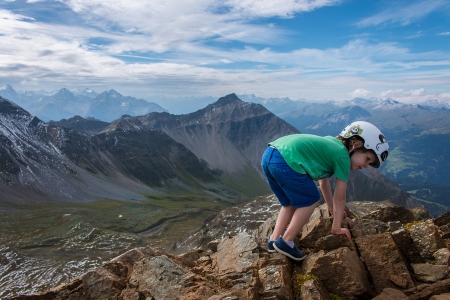 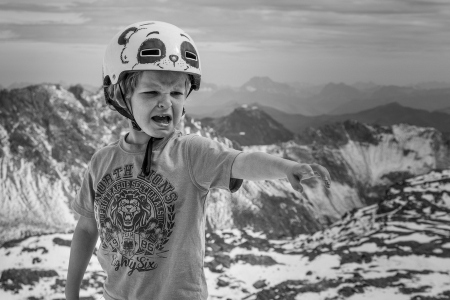