So you are planning a trip and you want to know whether you should be loyal to that airline whose frequent flyer miles never seem to get you very far, or to try a budget airline. The price discrepancy may be huge and you are thinking of taking the plunge. What might you expect? How should you prepare?

Here are our top 9 travel hacks for flying with a budget airline (which I conveniently wrote 30,000 feet above the ground on the budget airline, Tigerair, to Melbourne, Australia). 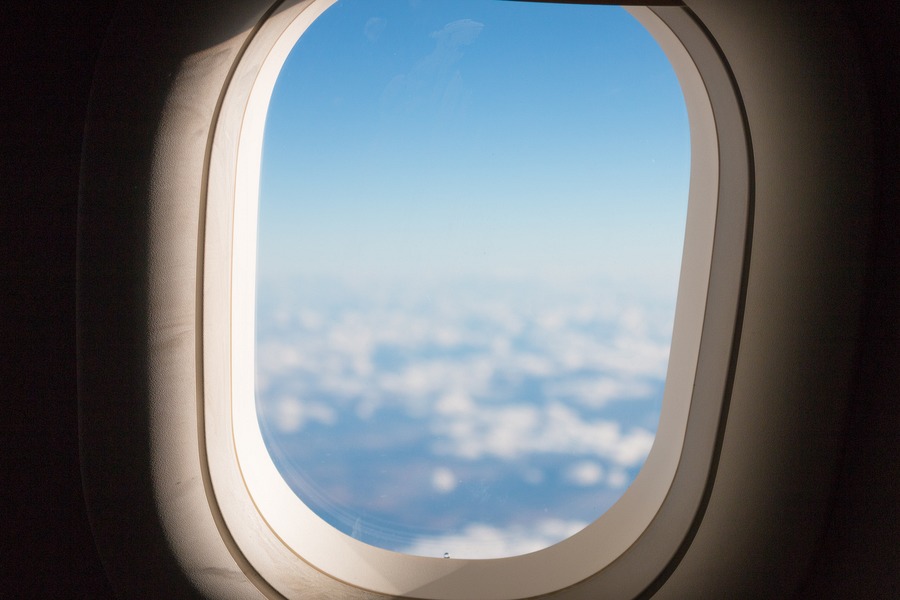 1. Take the hard work out of price comparison

What’s better than a cheap flight? An even cheaper flight! My favourite flight research website, Skyscanner, has the ability to send you price alerts daily. You simply enter your dates and destination and it lets you know if the price is going up or down. Wait for that moment and seize the opportunity!

Every airline has one and if you can stand the wave of emails you’ll also catch a great deal. If you know which airline you want to be flying with make sure you are getting the bargains so your budget flight is as budget as can be. While in the Philippines I received an email alert about a 2-cent sale from Tigerair. We managed to fly to Asia’s most beautiful island beach, Boracay, for just 2 cents per person!

BONUS TIP: Sign up the newsletters using an alternative email address, or use filters/rules to direct incoming newsletters into a separate folder so it doesn’t clog up your inbox.

Budget airlines often have flash sales, which you may need to catch within a 24-hour period. On top of subscribing to a newsletter, follow the airlines on Facebook and Twitter so you can be the first one to respond to any snap bargains.

BONUS TIP: If you’re planning to travel with friends or family members, make sure you’ve got their passport details handy ahead of time so you’re not waiting for those during a sale, letting a huge discount slip through your fingers.

4. Budget vs the full-service airlines

Have you ever taken the time to compare flight prices? From Bali to Perth I found 4 tickets with Qantas for AUD$2,500! With a budget airline we flew the same route for AUD$236. Are the extra bells and whistles worth an extra 2 and a bit grand? Not in my mind! Think about your frequent flyer miles this way. Are those extra miles you’re earning really worth that kind of saving? 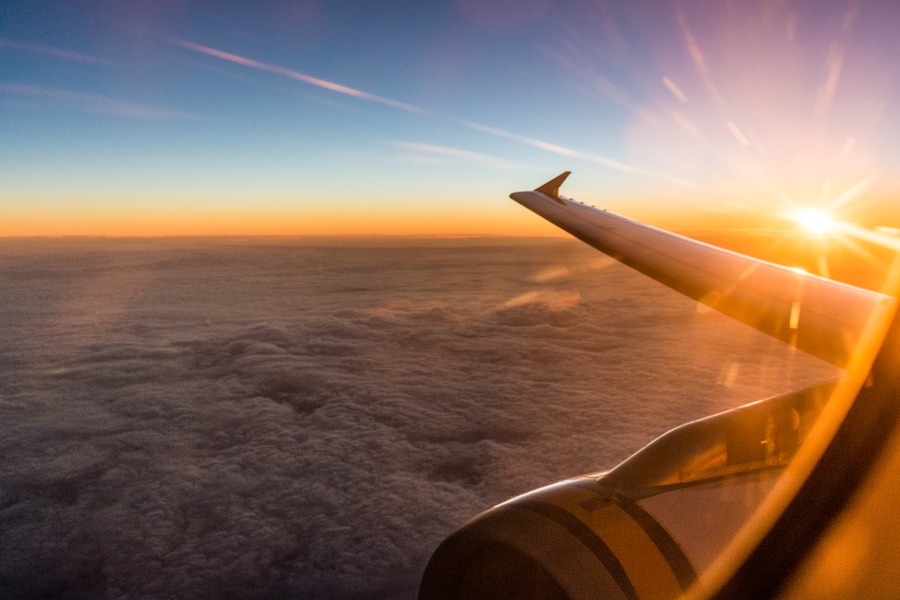 Does the idea of going overweight with your bags cause you to break out in a sweat? It’s so stressful. On our Tigerair flight from Perth to Melbourne, Australia we found out they offered a combined weight so paying for 4 bags at 15kgs each gave us 60kgs. During check-in the staff didn’t mind one bag being 21kgs while the other were less than 12. It was a relief that certainly took the stress out of packing. Check the fine print on your airline’s website to see if they combine luggage weights. 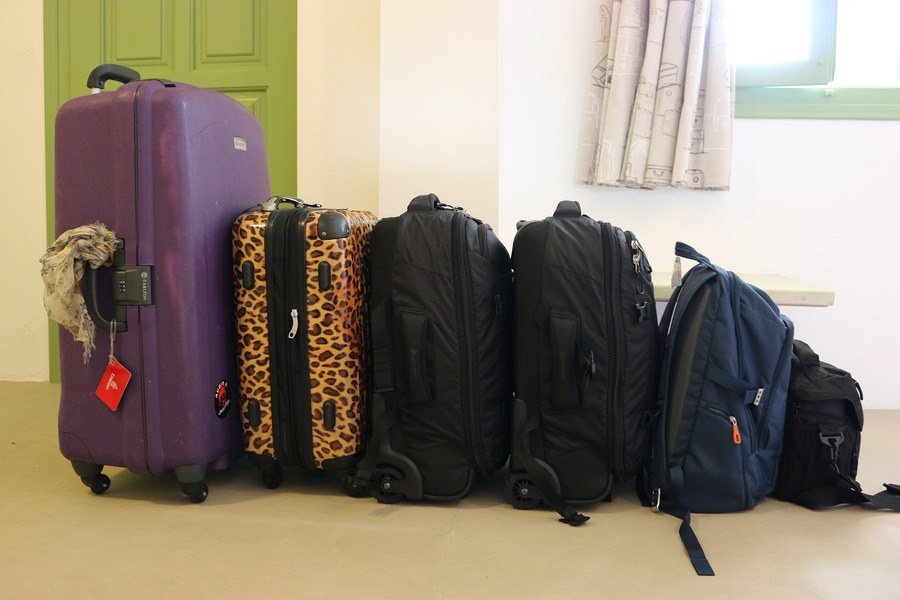 6. Carry-on is your best friend on a budget airline

Yes, checked luggage costs more on a budget airline. So make the most out of your carry-on. With 2 adults and 2 kids we are allowed 4 bags. On Tigerair we were allowed up to 2 bags per person with a total weight of 10kgs (although this is expected to change in April 2015). That’s 40kgs of cabin luggage! Our best tip for flying budget is to check in only one bag (which contains your liquids, razor or other items that aren’t allowed in carry-on luggage) and then fly with 4 carry-on bags for free. This can be a considerable saving compared to checking in 2 or 3 extra bags. And a dollar saved on the flight means you’ll have more spending money for your holiday!

7. Why are you choosing seats?

It costs so much money for the privilege to select a seat. Forget it! Most airlines will sit a family together, especially if you have younger children. And some airlines even will give one of the adults an exit row if it’s available despite not paying for it. Josh’s lofty height comes in handy in many situations, but flying isn’t one of those. Often cabin crew have had sympathy for Josh and offered an exit row seat, or happily obliged if we simply asked. Air Asia is NOT one of those airlines. However, they may offer a whole row if they are available. It never hurts to ask.

Bring your own food. Yes, budget airlines make you buy food and on Tigerair a bottle of water was $4, while a pie and sausage roll cost $9. Skip this extra cost by bringing your food own on board. You might be surprised by local restrictions (or lack thereof). For example, domestic flights within Australia allow you to bring water on the plane. Tigerair also allow passengers to bring their own food on board, while Air Asia does not, so check ahead of time on your airline’s website for food restrictions.

BONUS TIP: Airlines may sell bottle water, but often they do have tap water. Get the kids to ask for tap water from the stewardess. Tigerair were happy to oblige our smiling kids. 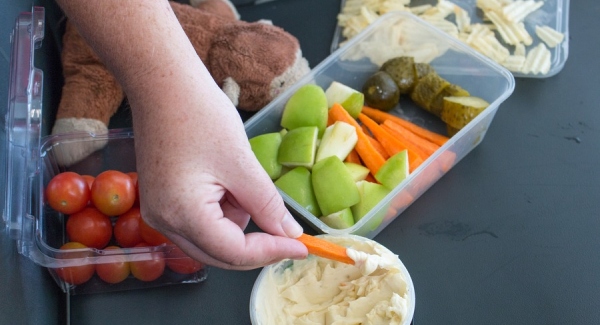 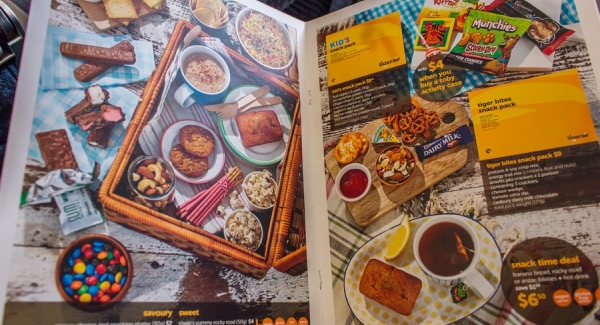 9. Here we are now, entertain us

The most common complaint for budget airlines is the lack of entertainment. But even on planes with entertainment consoles we rarely watch. We have our own laptops and the kids have their own tablets where we watch our own TV shows and movies. Before each new flight I upload a buffet of videos to all devices to keep everyone happy and occupied. Bring a book, write a journal, or listen to music on your smartphone or MP3 player. You needn’t be so worried about those tiny, flickering TV screens on the back of a seat when you can carry your own with you. 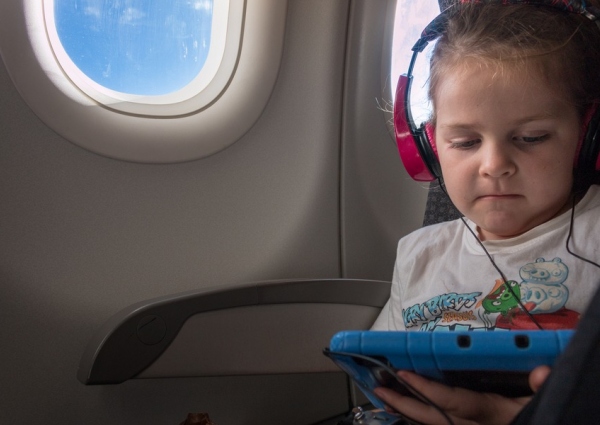 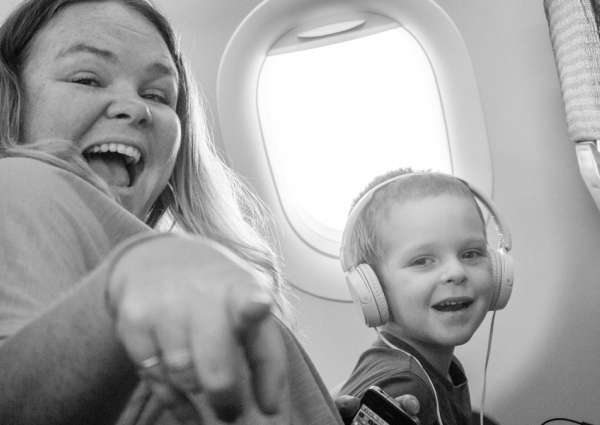 If you’re travelling with young kids, ask yourself if they will even know or care about the extra money you spent on a full-service flight. Our kids walked away from their most recent budget flight with 1 highlight in mind… seeing the inside of the cockpit and meeting the pilots. The cabin crew from Tigerair were kind enough to let us see the cockpit after the rest of the passengers disembarked. Caius keeps referring to it as a “disco” because the pilot showed us how the instrument panel lights turned on and off. I’m sure they’ll never forget that experience. 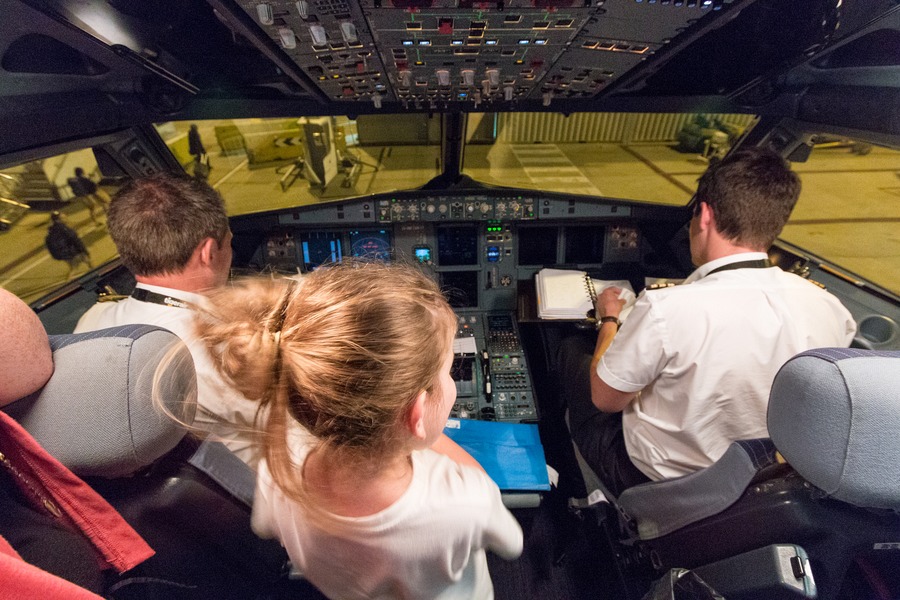 There you have it. Our best travel hacks for budget flying inspired by our recent flight with Tigerair to Melbourne (see their latest discounts here). Like most planes, the legroom was limited, but the staff were lovely, and time just flew by as I wrote these travel hacks to help you on your next holiday.

What is your best travel hack for a budget airline?

"I respond to every comment by private email. So please leave me comments, I love chatting to you" - Josh Bender
Posted by Cyril on Mar 19th, 2015
Have you tried FLYR? (getflyr.com). FLYR is a flight search tool that uses predictive analytics to find the best airfare. Enter in your typical flight search and FLYR shows you the lowest available fares as well as the probabilities of fares increasing or selling out – or if better deals will become available. It makes a “Buy” or “Wait” recommendation depending on the odds, which makes decisions easier.
Posted by Frank on Mar 20th, 2015
Yes, all good. But then there's the down side: http://bbqboy.net/smartwings-sucks-consumers-getting-fleeced-airlines/
We've had some good experiences flying budget airlines but when they decide to cancel flights to divert to higher volume destinations (as some will) you get screwed.
Good post though!
Frank (bbqboy)
Posted by Paul (@luxury__travel) on Mar 20th, 2015
As well as baggage weight, I'd say check baggage dimensions. The size of hand luggage that you're allowed to take on board does vary among some of the budget airlines. With Wizz Air, for example, your carry-on measure less than 42 x 32 x 25cm, whilst for Ryanair it's up to 35 x 20 x 20 cms. It's always a good idea to read the airline's small print so you know exactly where you stand.
Posted by Paula McInerney on Mar 20th, 2015
We are the worst in the world with using our frequent flyer points. I think we belong to every airline there is. We have flown both budget and better ones (for want of a better word). I can say that, without naming names, some of the budget flights are as good if not better than some of the big ones. I am not talking Qantas here or Emirates, because I love them and want to work with them :)
Posted by [email protected] on Tour on Mar 20th, 2015
Seizing the opportunity is the biggest one I've found with booking flights. Recently I booked us flights to Bali, the cheapest option was actually with Garuda but I didn't book it in time. I then had to watch flights prices (discount and full service) go up to $2500 and back down again.
Posted by Janet on Mar 26th, 2015
Interesting! Interesting comments, too. I'm sharing your blog post to the Roadschooling Google+ community. I'll share the link with you in case you want to check out the group: https://plus.google.com/u/0/communities/107292018870634537157
Posted by Leah on Mar 27th, 2015
Great tips! Bringing your own food and water is so essential, especially on flights more than a few hours long. :)
Posted by Steph of Big World Small Pockets on Mar 29th, 2015
Some great tips guys and I totally agree - you can get your moneys worth out of budget airlines if you know how to play their luggage allowances and take your own snacks and entertainment -this is a must!
Posted by Christian from Squeeze Pod on May 28th, 2015
Very nice tips! I will be needing this specially these times of budgeting. Ipads are definitely a must when bringing my kiddo. Thanks for sharing!
Posted by Daniel on Apr 29th, 2016
The worst I've had were AirAsia, who due to a scheduling error on our side wanted to charge our family of five (including an infant) over $1000 to reschedule the return leg of our $3000 tickets to Japan. Even to just not show was $100 per person per leg (for a total of $1000).
I ended up flying return on JAL/Qantas from Tokyo to Perth to get to our appointment then back to pick up the family to fly home on our original return leg for less than the cancellation fees. 2375km in under five days.