Other than the Sound of Music’s “My Favourite Things” song to guide me, I didn’t know much about Austria’s food before arriving. Famous for their sweet tooth, it should be no surprise that more than half of these foods listed are delicious desserts and sweets. But that’s ok, the other 2 are fried. Oh whoops, ok, forget about your diet before coming to Austria.

Viennese cuisine is often treated by outsiders as equivalent to Austrian cuisine, but different regions have unique methods of preparation and even their own specialities. In fact Vienna is the only city in the world that has a cuisine named after it, rather than the country. For example, there is no Austrian Schnitzel, it is a Vienna Schnitzel.

So without further ado, the countdown for Austria’s 5 famous foods:

The national dish of Austria. Viennese schnitzel is a very thin, breaded and deep fried slice of meat. While originally made from veal you will most likely find pork alternatives more common, since pork is nearly half the price of veal. It was first noted in a cookbook in the 19th century and is one of the best-known specialties of Viennese cuisine.

I often found the pork varieties a little too thin which made them tough. So try a chicken schnitzel for a juicier dish. You should be able to find this in nearly every restaurant and it’s a sneaky alternative to chicken nuggets for kids too. 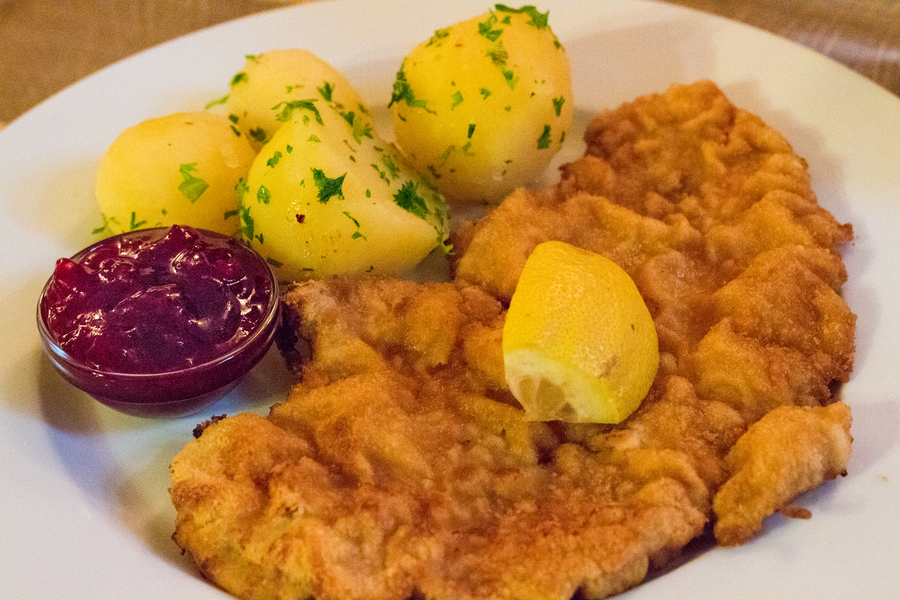 Strudel became very popular in Vienna in the 18th century. It consists of layered butter pastry with a sweet filling, the most famous being stewed apple, known as Apfelstrudel. The second variety I always noticed next to the apple was the Topfenstrudel (with sweet soft cheese) that I wasn’t quite game enough to try.

Strudel is usually made with puff pastry, but traditional Austrian Strudel pastry is very elastic. Purists say that it should be so thin that you can read a newspaper through it.

There are some dishes a country can just nail every time. This was one of them. A family favourite, of course. 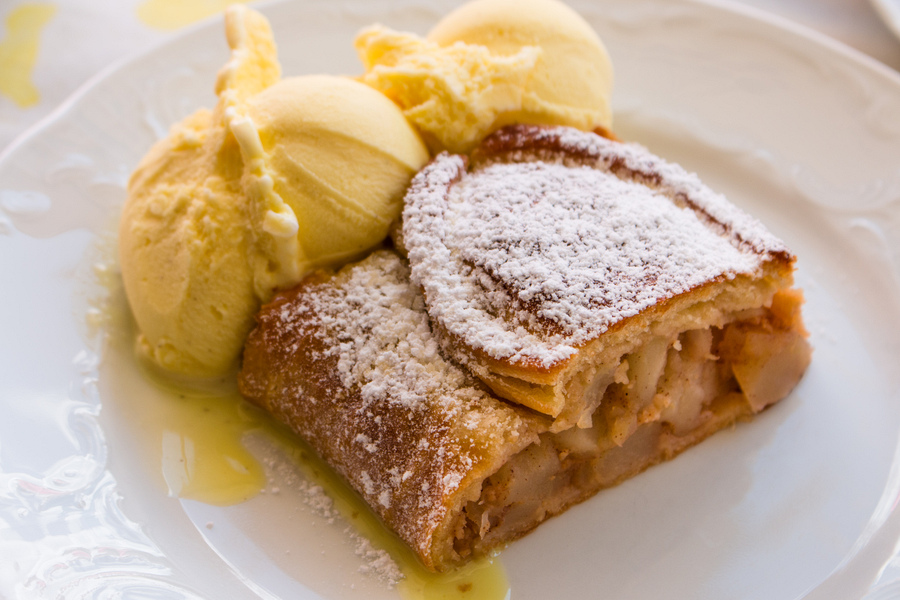 Is there anything more delicious than warm apple strudel topped with vanilla ice-cream?

In the heart of Salzburg is Europe's oldest restaurant, dating back to 803AD, St Peter Stiftskeller. A gorgeous restaurant built right into the mountain with cosy cave rooms, open-air outdoor seating and a luxurious menu tempting the tastebuds.

It was during dessert that our waiter suggested this dish.  We had no idea what to expect, and what a surprise we received.

The Salzburg Nockerl is a culinary speciality found only in this city. A sweet soufflé made of eggs, flour, sugar and vanilla. Like a meringue, but not crisp on the outside.

It is always freshly prepared (thus the 25 minute wait time on the menu) and served warm with powdered sugar and a tart raspberry sauce.

A technical dish that requires quite a bit of practice, as you imagine.

It resembles the sweet mountains surrounding Salzburg and is very filling - we barely made it through one peak (let alone 3).

Already full from my fabulous 2 courses, I managed only a few bites before giving up. It was like looking up at a real sky-high mountain and realising I didn’t have what it took to scale it’s daunting slopes.

I have to be honest, it was not quite my cup of tea, and neither did Mia or Caius seemed to be fans. Maybe they were just too full by that point of the meal. Josh thoroughly enjoyed the sweet soufflé and demolished one of the peaks.

The peaks can only be described like soft breasts, springy to touch and very tender.

With a portion this size, order it for at least 8 people, or just skip the main course and start with dessert. As is one of Josh’s favourite quotes – life’s short, eat dessert first. 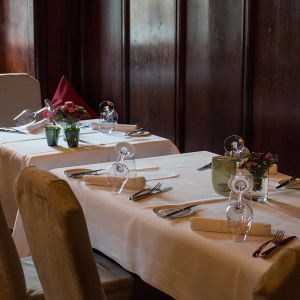 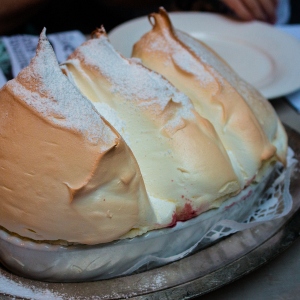 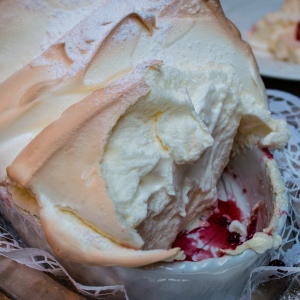 The chocolate cake/torte with marmalade jam layers didn’t make such an impact on us, being overly sweet. When I say us, I mean Josh and I. Of course our kids would eat chocolate cake anytime anywhere. But I’ll take a thick slice of Black Forest over this one.